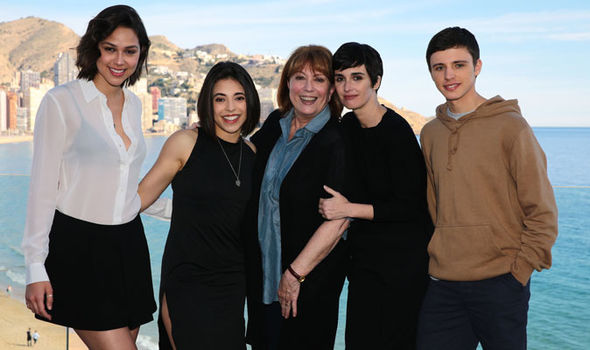 Fugitiva is a Spanish drama that is created by Joaquin Oristrell and directed by Blen Macias, Antonio Cuadri, Sergio Cabrera, and Joaquin Oristrell. Fugitiva emerged as a surprise hit in Spain when it began airing on RTVE and is now broadcast internationally by Netflix. It deals with the sacrifices a mother selflessly makes for her children. Oristrell is commendable with his approach to the story which has been noted by very deep and enthralling.

A synopsis of the show on Netflix reads: “A domestic abuse survivor orchestrates an elaborate deception to protect her family from her powerfully wealthy husband and his vindictive enemies.”

Fugitiva Cast: Who’s in it?

Fugitiva features the following people: Paz Vega (Sex and Lucia) is seen playing the role of the main character ‘Magda’, a mother of 3 children. Julio Bracho (well known for Desafio (2010), El Chema (2016), Original Sin (2001)) is seen playing the role of Alejandro, the husband. Arantza Ruiz in the series is Paulina, one of the twin daughters of Magda. Luisa Rubino is seen as Claudia, one of the two daughters of Magda. Lander Otaola plays the role of Edu. Ivan Pellicer is seen as Ruben in Fugitiva, the youngest son of Magda. Jose Manuel Poga appears in the role of Tobias. Mercedes Sampietro as Nova and Sebastian Montecino as Ricardo form the rest of the cast.

Fugitiva Plot: What is it about?

Fugitiva has an interesting plot featuring a mother faking her own abduction along with her children to get rid of her evil husband’s relatives. This latest international drama show’s creator Joaquin Oristrell has treated the story in an unusual way, where the lady, facing dangerous family situations in the house, comes up with an unusually clever plan of rescuing her family, instead of going into hiding.

The woman named Magda is a mother of 3 kids: twin daughters Paulina and Claudia, and her youngest son Ruben. Her husband, Alejandro Guzman Estrada begins getting threat calls and videos indicating a kidnapping so much so that a bomb is planted in his car which almost kills his son Ruben. Alejandro is aware of the people he has made his business deals with. They not only threaten him but also his family. Terrified by the car bomb incident, Magda tries to talk to her husband about an escape strategy but all in vain. He instead warns her about killing her along with her kids. Magda can’t take it anymore. She decides to go far away from that house with her kids, but she has a plan. She cannot just escape. She plans an abduction, of her children and herself. The thrilling adventure of their escape can be witnessed in the series Fugitiva.

Daniel Hart has said about the series: “Fugitiva is a genuinely enticing series that portrays the ultimate mother’s sacrifice to protect herself and the wellbeing of her family in dangerous circumstances.”

Fugitiva Season 2 Release Date: When will it premiere?

Fugitiva premiered its season 1 on April 5, 2018 on RTVE. Consisting of 9 episodes, it lasted till June 7, 2018. Recently, it dropped all the episodes of season 1 on Netflix on November 23, 2018, providing easy access to the show.

However, the official channel of the series has not yet announced the release of the second season. The new season depends on the ratings and reviews, availability of the cast, and the ideas of the writers of the show. We are excited to find out how a second season will unfold. Watch out for an air date!

Catch all the episodes of season 1 of Fugitiva on Netflix.