Will There be a Fuller House Season 6? 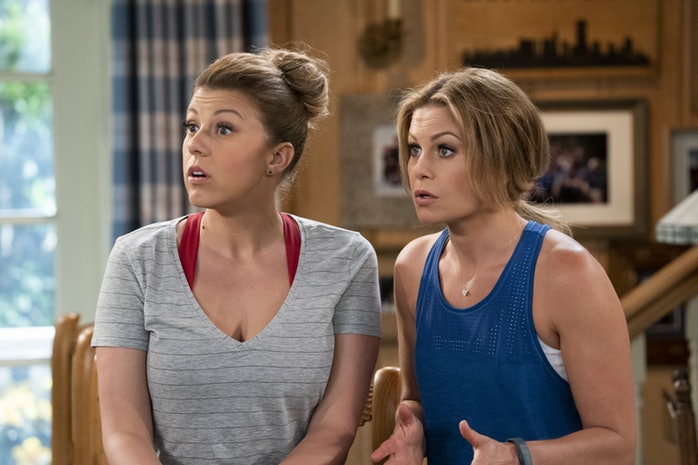 ‘Fuller House’, created by Jeff Franklin, is a sequel to series, ‘Full House’, which aired from 1987 to 1995. The American sitcom originally premiered as a Netflix Original on February 26, 2016.

The story follows the Fullers, a multi-generational family that comprises D.J. Tanner-Fuller, a full-time veterinarian and widowed mother and her sister Stephanie as well as best friend Kimmy. Tanner’s three sons and Kimmy’s daughter, along with their mums, live in the same house, i.e Tanner’s childhood home in San Francisco, California.

The story is set several years later from the events of ‘Full House’, which is about the widower, Danny Tanner, struggling to bring up three of his daughters — DJ, Stephanie, and Michelle. ‘Fuller House’ follows DJ as she lands in a similar situation like that of her dad and juggles career and personal life as she tends to the needs of her three sons.

DJ’s husband meets with his untimely demise, after which she needs to manage both the demands of her full-time job as a veterinarian and three growing-up boys. Unable to handle everything on her own, she seeks help from her closest friend Kimmy and sister Stephanie, both of whom move into DJ’s childhood home (still owned by Danny). Kimmy also has a daughter named Ramona.

The rest of the story mainly follows the antics of the members in a packed home that houses adults and kids together. There is an adorable toddler and two sassy young boys, along with a teenage girl setting off on her journey toward adulthood. To top it up, we have the forever hassled mums who also juggle with their individual romantic link-ups. Overall, the tale is pretty close to its original material and manages to offer a heartwarming watch while tugging at all our nostalgic chords.

‘Fuller House’, since its launch, has spanned five successful seasons. The first installment received mostly negative reviews but from the second season onward, the show’s ratings improved gradually — making it one of the most-watched series on Netflix. Now the question is, will there be a ‘Fuller House’ season 6? Let’s find out.

‘Fuller House’ season 5 premiered on December 6, 2019, on Netflix with its first part of nine episodes. The fifth season consists of 18 episodes in total. The second part of season 5 consisting of another nine episodes will release sometime in March 2020.

Now, as far as a sixth season goes, here’s the thing. According to star Candace Cameron Bure, season 5 is the last installment from the series, with a finale that wraps up everything satisfactorily. She said, “I’m very happy with the ending of the show, and I do think the fans are going to love it. It really ties up all the storylines as to where everyone will be. … It’s kind of the ending that we didn’t get on Full House. It’s a really great last episode, but get the tissues.”

In fact, the cast and crew finished filming on November 15, 2019, and their social media handles were packed with emotional pictures and posts bidding the story goodbye. According to Bure, the entire cast went through a prolonged “grieving process.” She commented, “There will be no Season 6. This is it. … It’s really hard. It’s really, really hard.”

So, there you go. ‘Fuller House’ season 6 stands officially cancelled on Netflix.

Fuller House Cast: Who’s in it?

You can watch the official trailer for ‘Fuller House’ season 5 below: