Where Are Gabby and Cade From American Idol Now? 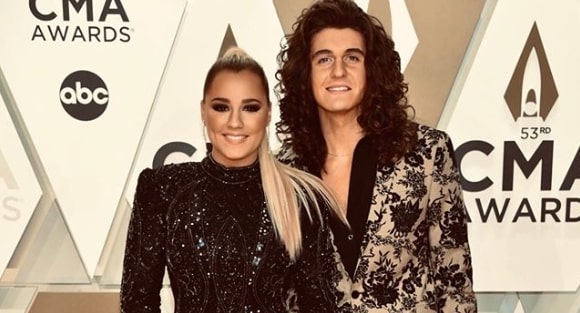 Life is unpredictable. It is surprising to think that the next moment can change your entire universe. This is what happened with Gabby and Cade, who met on the sets of ‘American Idol‘. One of the world’s, not only the country’s, most popular reality singing competition, ‘American Idol’ has provided a platform to budding and promising artists. It successfully kickstarted their careers and gave us gems like Kelly Clarkson, Adam Lambert, Chris Daughtry, and Carrie Underwood, to name a few. So when Gabby and Cade got shortlisted for the show, the last thing on their mind was to find true love. But, God works in mysterious ways.

How Did Gabby and Cade Meet?

Gabby Barrett, a 19-year-old singer from Pennsylvania, and Cade Foehner, a 23-year-old music artist from Texas, featured on the 16th season of ‘American Idol’ in 2018. While Cade made it to Top 5 but got eliminated, Gabby finished as the third-runner-up. Even though neither of them walked away with a trophy, they went home with something a lot bigger – True Love! The stars had definitely earned fame and recognition for their music, but it seems like that was not the only thing planned by destiny.

Hoping everyone’s doing okay. 💓 May all be to the Glory of God!

While filming the show, Gabby grew fond of Cade and made the first move by initiating a date. Cade, though reluctant at first, reciprocated. Neither of them thought that anything would come out of it. But, they instantly bonded over their faith in God, religion, and similar family values. Their relationship turned serious quite fast. During ‘Disney Night’, Cade sang a song from ‘Little Mermaid’, which was supposedly hinted at Gabby. The judges were quick to catch on, and that is how their relationship came to light.

After almost a year of dating, Cade popped the question, and the duo got engaged in March 2019. They had taken a trip to Los Angeles to be a part of a friend’s mini-photoshoot. Cade had already decided that he was going to ask Gabby to marry him on the trip, so he had the ring ready. But he couldn’t find the right moment. When they saw the hotel that they first met in during the show’s recording, they went in to check their old rooms. That is when Cade pulled an impromptu proposal as on ode to their memories.

Cade and Gabby had not lived together during their courtship as they were trying to maintain a holy relationship. The frequent traveling and distance were getting to them, so they tied the knot after a few months in October 2019. They held a small, private, rustic wedding ceremony in Cade’s hometown in Texas.

Happy 6 month wedding anniversary to my sweet man. Being married to you, has shown me how much more we get to look forward to eternity w/ Christ. Thank you for being such a wonderful leader, & confidant. I.Love.You.

Here’s a little look into our wedding! Thank everyone who helped us make this day what it was! Biggest shoutout to my wife for marrying me 🙂 Link in my bio to read more about everything. Thank you @people 🤠 Pastor/Friend: @jeremy_vuolo Catering – @thereveriecateringco Location – Union Springs, Garrison TX Photography 📸 : @lillywelchphotography

Where Are Gabby and Cade Now?

The couple is still married and happier than ever! They confessed to their fans that married life was the best. Even though followers were worried about their young ages, they’re confident that they’re prepared for the future. The couple has now moved to Nashville, and they are even planning on having children soon.

Gabby’s career has taken off quite well. She released three singles, ‘Hall of Fame’, ‘The Good Ones’, and ‘I Hope’. They were all received very well. But recently, her ‘I Hope’ became the #1 country song on Billboard and country radio! The break-up song was so loved that Charlie Puth reached out to Gabby and asked her to collaborate and release a new remix version.

#IHope remix w/ @charlieputh OUT NOW! Link in my bio 😄

Gabby’s popularity has also earned her a record deal. She is working on her upcoming album, and if rumors are to be believed, she’ll be collaborating with some well-known singers, including her husband, for some of the songs. Gabby will also be featuring at famous music festivals like Stagecoach and Tortuga. She will also be hitting the road and touring the country as Brad Paisley’s opening act for his concerts. Cade, too, will be supporting them as a guitarist.

Cade had also released a single, a few days after his wedding, called ‘Baby, Let’s Do This’. The song spoke about a couple in love who were planning on eloping to Vegas and getting married. The video featured both Cade and Gabby, and it also included some clips from the couple’s wedding as well!

SHE’S OUT!! Thank you @tasteofcountry !! And thank y’all for submitting OVER 1,000 wedding photos! We were so overwhelmed we’ve decided to release THREE MORE VERSIONS including more of y’all’s submissions! So keep an eye out for yours! @spencepeppard and @jemmyjems_ did an amazing job with this video and worked tirelessly on getting it just right. Y’all give em some love! And a special thank you to the star of the show my Wife, Gabby Foehner! Undoubtedly the highest high of the video, darlin’ #babyletsdothis