Where Is Gaebri Anderson Today? 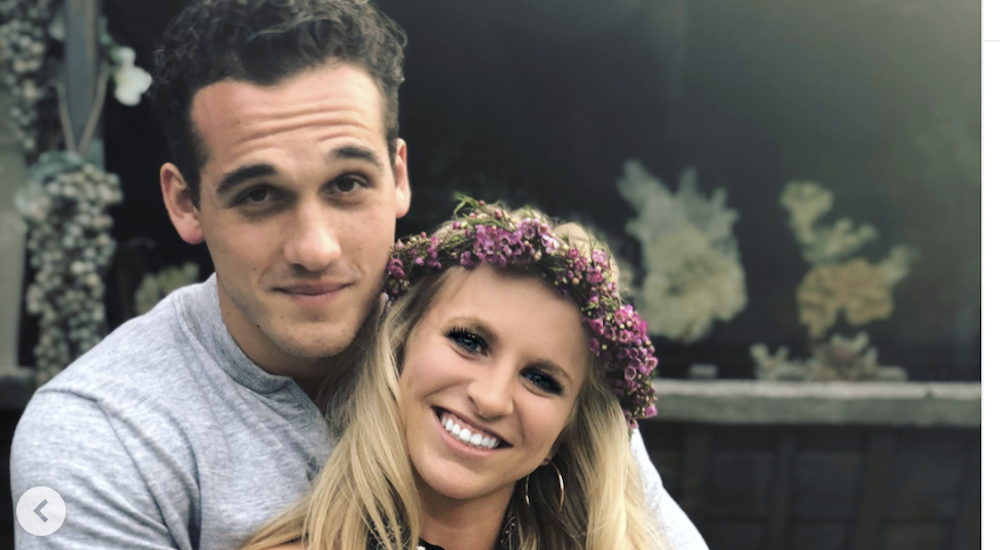 Pat Kondelis’s five-part docuseries on Greg Kelley and the 2013 child sexual assault case in Leander, Texas, aptly named ‘Outcry’ is one that heavily focuses on the backlash that was faced by the City of Cedar Park, it’s former DA, and several of its officers, after it came to light how poorly the whole case was handled. There was a whole movement, led by the GRK Foundation, in support for the wrongly convicted Greg Kelley, and one of the leading faces in it was his girlfriend’s, Gaebri Anderson.

Who Is Gaebri Anderson?

Born and raised in Austin, Texas, Gaebri attended the same school as Greg Kelley and that’s how they met. But, more importantly, soon after, in eight grade itself, the two fell in love and promised to never leave each other’s side. This might seem like puppy love to some, love that is perfect for a little while but never lasts, but the couple proved everyone wrong. Even in 2014, when Greg was convicted and incarcerated, his long time girlfriend never left his side.

I've never seen someone live such a free life, especially behind bars. Your heart is full of love and joy even with all the injustice. Your eyes are fixed on the Lord and you're at peace knowing that God's got this. This will be a beautiful testimony. Praying for amazing things and good news beginning in 2017. ❤💙 You inspire me GK!! Merry Christmas!! #prayforGK #GRKfoundation #NeverGiveUp #GodIsGood

She moved on with her life, yes, but she never left him and still actively talked to him and voiced his claims of innocence. She was the one person, apart from his family, who made sure that the media knew about his situation and how he would never molest a four-year-old child. “I see him at least once a month or every other month, and we talk and write letters to each other,” she said. “So, we’re really in contact.”

Even when the thought of him willingly taking the blame for someone else came, she pushed it back. When the police finally reopened the case and revealed that they might have a possible new suspect, Gaebri, who was in Los Angeles at the time, breathed a sigh of relief. She genuinely believed that it was one step closer for the love of her life to gain back his freedom, and how right she was.

“I’m going to stick by him till the very end – through everything… I just keep praying, keep fighting, and I really do believe that the truth is going to come out and justice will be served,” she said. Unfortunately, even though Greg Kelley was officially exonerated in late 2019, the real perpetrator, the real abuser of that innocent child, has never been caught or charged.

Where Is Gaebri Anderson Now?

Gaebri Anderson is now officially Gaebri Anderson Kelly. Days after a Williamson County judge ruled that his conviction should be thrown out in 2017, Greg Kelly got down on one knee and proposed to his loyal girlfriend in a romantic beach setting in Cabo. And just recently, on January 19, 2020, after he was called “actually innocent,” the couple tied the knot in front of all their friends and family in a beautiful ceremony in Brazos Hall, Austin, Texas.

Gaebri Kelley, a professionally trained dancer since she was 5 years old, has a successful career in her dream field. She used to be an NFL cheerleader as a LA Charger Girl, but now she is a professional dancer and choreographer at MUV. She studied at the Broadway Dance Center in New York, is a certified trainer, and is even signed with an agency by the name of Naturally Fit. The couple now distributes their time in between Los Angeles, New York, and Austin, so as to manage her career and Greg’s education.

🌃 Our hearts go out to NYC! This was one of the most magical places we’ve ever lived. Vibrant, alive, inspiring, overflowing with artist and creators. I miss spending hours on our rooftop looking out at the city lights…Such a special place. We pray for healing New York City. XO #KeepingUpWithTheKelleys #TexansInNewYork