Will There be a Game Over, Man Sequel? 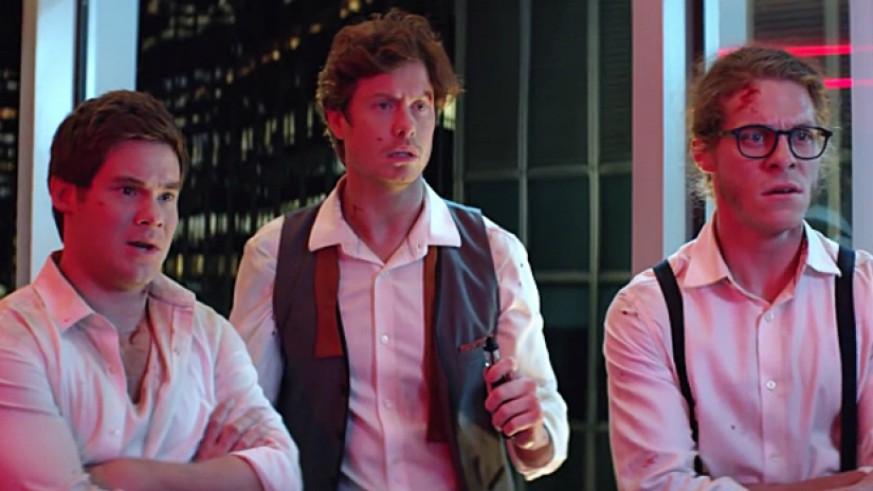 Action and comedy should not mix normally. However, if done right, the movies can be immensely rewarding and entertaining. You have fast-paced plots, anticipated action sequences, all of which is underlined with a strong sense of comedy, keeping the tone light. ‘Game Over, Man’ does this wonderfully.

The 2018 Netflix movie comes from people who collaborated on ‘Workaholics’ and follows three housekeepers who are down on their luck. However, things change when they must save the day at a Los Angeles party where they get taken hostage. Even as they try to rescue every hostage in the building, putting their own lives on the line, ‘Game Over, Man’ does not take itself too seriously, always highlighting the comedic elements, setting itself up as a parody of the action movies that we have become so accustomed to seeing.

That being said, upon release, ‘Game Over, Man’ was met with reviews suggesting that the comedic elements had gone down well with people, even if they thought that the plot could be more original. While the moderate response might mean that Netflix is not going to be on board for the sequel, the filmmakers themselves have set up the story nicely to lead to another ‘Game Over, Man’ movie. Here is everything we know about ‘Game Over, Man 2’.

Game Over, Man 2 Plot: What Can It Be About?

In case you missed it, the plot and even some sequences in ‘Game Over, Man’ are very reminiscent of ‘Die Hard‘. In fact, having seen the Bruce Willis action flick, it is impossible to note the similarities in ‘Game Over, Man’. Obviously this is intentional since the film is meant as a parody of popular action movies in general and ‘Die Hard’ in particular. The movie even goes on to hint at a boat-based sequel, titled ‘Game Overboard’, which promises to give the audience something new.

Blake Anderson, who is involved in the first movie, has clarified that his sequel will be about ‘Speed 2: Cruise Control’. Thus, it is evident that the ‘Game Overboard’ would continue to embrace action film tropes while poking fun at them. Anderson said, ” ‘Speed 2’ was on a boat, so it’s almost like, maybe Game Overboard could… I think we all might have a little sleepover and watch ‘Speed 2’ a couple of times. Like ‘what did they do right here?’ Because ‘Speed 1’ is awesome, but I don’t really remember ‘Speed 2’. I bet there’s some gold in those hills.” Thus, it is evident that ‘Speed 2’ will be the focus of the sequel. In case you need to jog your memory, ‘Speed 2’ itself deals with two main heroes trying to take control of a hijacked boat.

While it is not a stretch to imagine that the sequel could shift gears, moving away from the ‘Die Hard’ universe to the ‘Speed’ universe, we are sure that the filmmaker will add his own twist to the film. Thus, the setting could be some luxury yacht, which gets hijacked and the same team serving on the yacht could step up once again to save the day. It would maintain a continuity with ‘Game Over, Man’, and make ‘Game Overboard’ all the more exciting.

The fact that the team behind ‘Workaholics’ is focusing on a parody of ‘Speed 2’ is particularly intriguing in the light of the fact that ‘Speed’ was already parodied in one of their episodes. In the episode ‘Real Time’ we see several references to the bus-based action movie and even Keanu Reeves’ character’s pronunciation of the word ‘cans’ has made its way to the show. Thus, if they make a spoof of ‘Speed 2’ it will pay equal attention to detail and be a fun watch for anyone who enjoyed the original action film.

In the event that ‘Game Over, Man 2’ does get made, Adam DeVine, Anders Holm, and Blake Anderson are likely to return. There is a huge possibility that these actors could be cast as different characters since the sequel changes the setting and even moves away from the original source of inspiration. However, it would be even better if they reprised their roles as Alexxx, Darren and Joel, respectively, since it would ensure that the sequel and the first movie has continuity, not to mention, the fans would love to see the likable trio returning to the screen.

As for other cast members, Willem Dafoe plays the maniacal villain in ‘Speed 2’, so it remains to be seen who is cast to parody his character in this movie.

Game Over, Man 2 Crew: Who Can Be Behind It?

‘Game Over, Man 2’ is likely to have Kyle Newacheck returning as the director. From Anderson’s statement about the sequel, it is pretty clear that they are a tight unit who enjoy working with each other and bring out the best in each other in terms of content. Thus, we are most likely to see Anders Holm, Kyle Newacheck, Adam DeVine, and Blake Anderson all working on the story for the upcoming sequel.

Although Holm wrote the script for the last film, perhaps DeVine or Anderson might take up the scriptwriting responsibilities for the upcoming movie.

Game Over, Man 2 Release Date: When Can It Premiere?

‘Game Over, Man’ was announced in 2016 and came out in 2018. Thus, it did not take very long to make. Our guess is that the sequel, ‘Game Over, Man 2’, is going to take even lesser time since the cast and crew are more or less in place. Thus, we expect ‘Game Over, Man 2’ to come out in 2022 or 2023, depending on Netflix greenlighting the project in the first place.

If a sequel is not greenlit, the wonderful setup at the end of ‘Game Over, Man’ will merely remain an unfulfilled easter egg.

‘Game Over, Man 2’ does not have a trailer yet, but you can check out the trailer for ‘Game Over, Man’ to get an idea of what the movie is about and what the sequel might have in store.