A game show is any type of radio, television or stage show in which contestants, individually or as teams, play a game which may include answering questions, or solving puzzles usually for prizes such as cash, funded trips, and goods and services provided by the show’s sponsor prize suppliers. Initially beginning to appear on radio and television in the late 1930s, the genre of game shows established itself through broadcasts of Spelling Bees and quiz shows. ‘Truth or Consequences’ is the first game show to air on commercially licensed television, followed closely by the ‘CBS Television Quiz’.

Over the course of the 1950s, as television began to pervade the popular culture, game shows quickly became a fixture. The 1950s also saw the prolific rise of high stake games such as ‘Twenty One’ and ‘The $64,000 Question’. However, this rise was brought to a sudden halt post the quiz show scandals in the late 1950s, where it was discovered that many of the higher stakes game shows were rigged. This led to the model of the game show to evolve into the panel game structure brought in by shows like ‘What’s My Line?’, ‘I’ve Got A Secret’ and ‘To Tell The Truth’. Another watershed moment in the history of game shows came with the introduction of the color television., resulting in the 1970s seeing a renaissance of the previously fading reality television structure. Over the last 40 years, the model of the game show went through constant evolution incorporating various additional facets to its model. Today game shows range over everything from survival series to cook-off challenges.

The American media streaming giant Netflix has essentially redefined the medium of television over the last decade. Offering online streaming of a massive library of films and television programs, the popularity of Netflix is such that it has seeped into pop-culture dialect. Presently, Netflix has over 139 million paid subscriptions worldwide, including 60.55 million in the United States. Therefore, it should come as no surprise that Netflix has trod deeply into the world of game shows as well. With that said, here’s the list of really good game shows on Netflix that are available to stream right now: 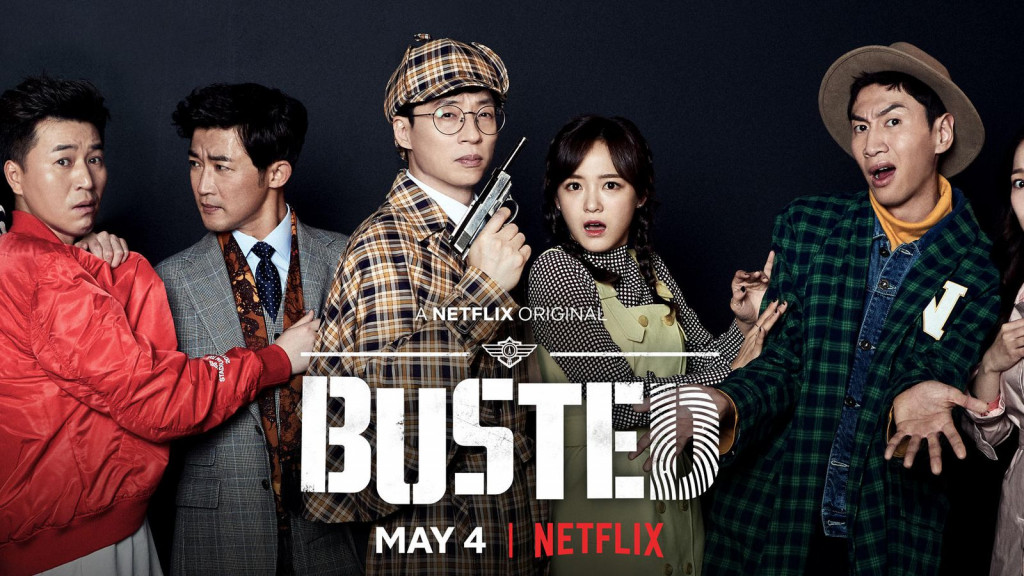 ‘Busted!’ is a Netflix Original variety show produced in association with SangSang, a Korean production company that was responsible for the shows ‘X-Man’, ‘Running Man’ and ‘Family Outing’. Marking Netflix’s first original program to showcase an all Korean cast, the show follows seven celebrity sleuths as they discover that they are a part of an operation called Project D, in which they are implanted with a chip containing the DNA of famous detectives throughout history.

Led by South Korean actor Ahn Nae-sang, known as “K” on the show, the contestants are recruited as private detectives and given a new case in each episode. Simultaneously, the seven contestants try figuring out the mystery behind Project D and its inception. Guests celebrities are featured on each episode, with many of them playing their namesake characters which are directly or indirectly involved with the murder mystery in each episode. 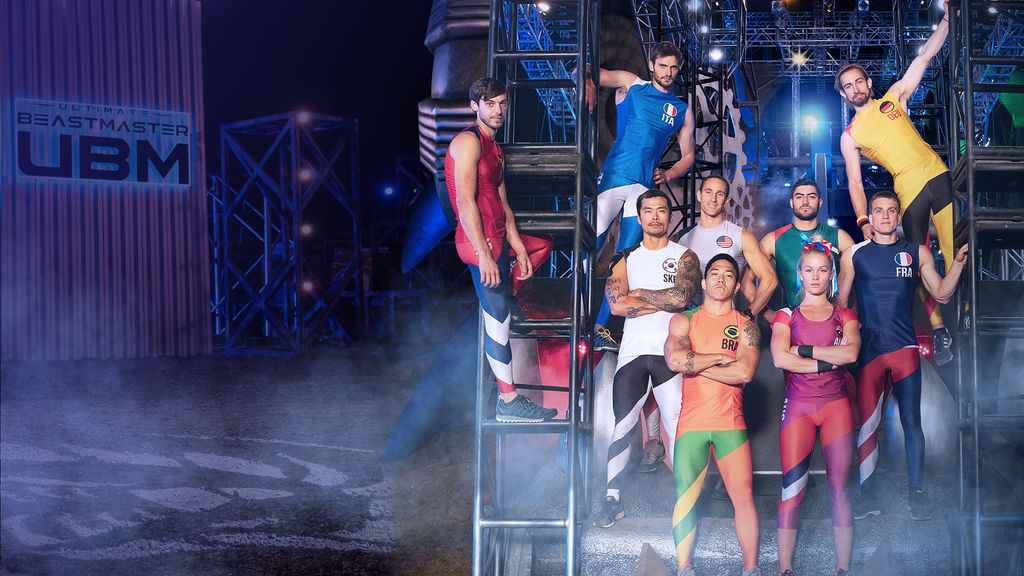 ‘Ultimate Beastmaster’ is an American competition reality show that premiered on Netflix on February 24, 2017. Each episode features a total of twelve contestants (two from each country) who run a new obstacle course known as “The Beast”. The winner of each episode is crowned “Beastmaster”. These “Beastmasters” from the nine episodes go forward to a final course to become the Ultimate Beastmaster.

From Season 3 onwards, each episode featured nine contestants with one from each country in the competition. The two competitors with the highest score in the final stage moves onto one of the two semi-finals. Finally, the top three from each semi-final move to the final episode to be crowned “Ultimate  Beastmaster”. With each country having its own set of hosts, the international flavor of the game show is maintained. Notably, blockbuster movie star Sylvester Stallone hosted season 1 of ‘Ultimate Beastmaster’. 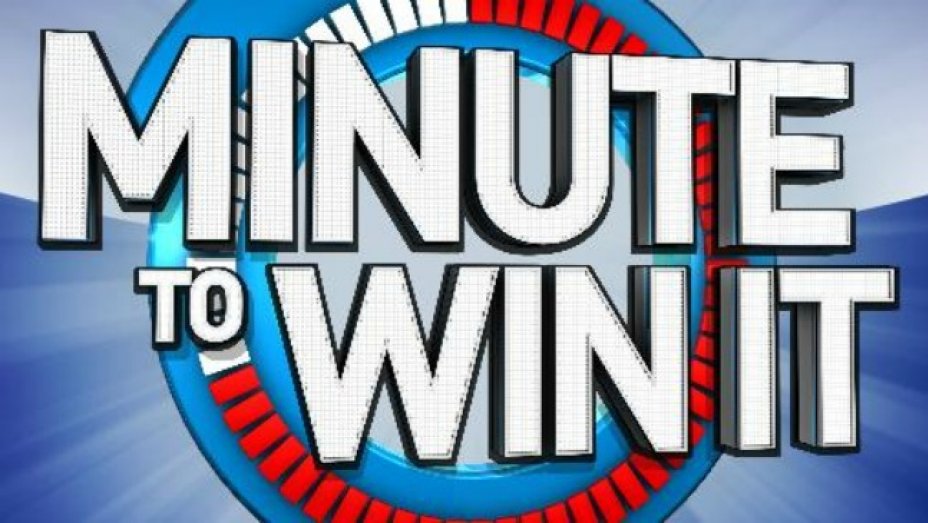 Hosted by retired American short track speed skater Apolo Ohno, ‘Minute to win It’ is an American primetime game show on the Game Show Network (GSN). Formerly, the show ran on NBC with Guy Fieri as its host. In the show, contestants take part in a series of 60 second challenges that use objects that are commonly available around the house. Comprising a total of ten challenges, the difficulty level of the games increases throughout the show. If time expires or the conditions of the game cannot be fulfilled, the contestant loses a “life” from the three that are given to them. Contestants who lose all three of their lives have their game end and their winnings drop to the last milestone they passed. The show’s top prize of 1 million dollars in the NBC version and 250,000 dollars in the GSN version is awarded if the contestant completes all the ten challenges. Featuring Guy Fieri and Caroline Flack, a few episodes of ‘Minute to Win It’ is available for streaming with subscription on Netflix. 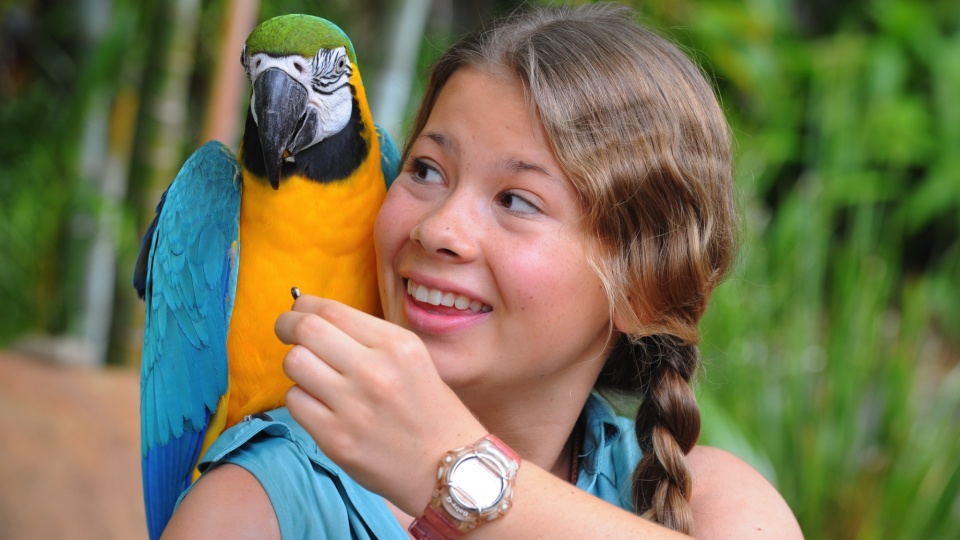 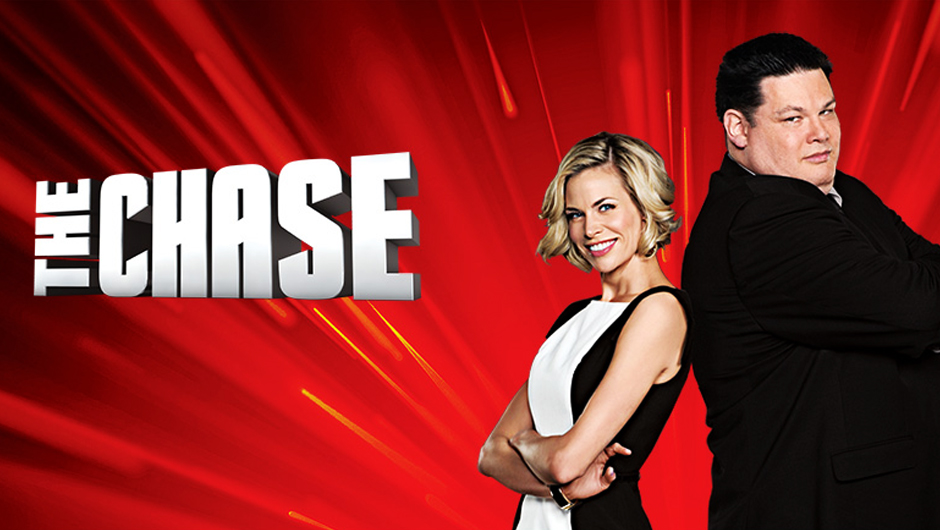 ‘The Chase’ is an American television quiz show based on the British program of the same name. Hosted by American fashion model Brooke Burns, and featuring Mark Labbett as the “chaser”, the American version of the show follows the format of the original UK version, but with teams of three contestants instead of four. Modeled as a quiz competition, the contestants try to win money by challenging a quiz show genius known as the “chaser”.

Each contestant participates in an individual “chase” called the Cash Builder, in which they attempt to answer as many questions as possible in 60 seconds to earn money for contributing to the prize fund of the team. The contestant must answer enough questions to stay ahead of the chaser on the game-board. If the contestant falters, they lose their winnings for that round. Contestants who successfully complete their individual chases without being caught, advance to the Final Chase, in which they answer questions as a team playing for an equal share of the prize fund accumulated throughout the episode. The show premiered on August 6, 2013 on Game Show Network (GSN). Multiple episodes of ‘The Chase’ are currently available for streaming via Netflix. 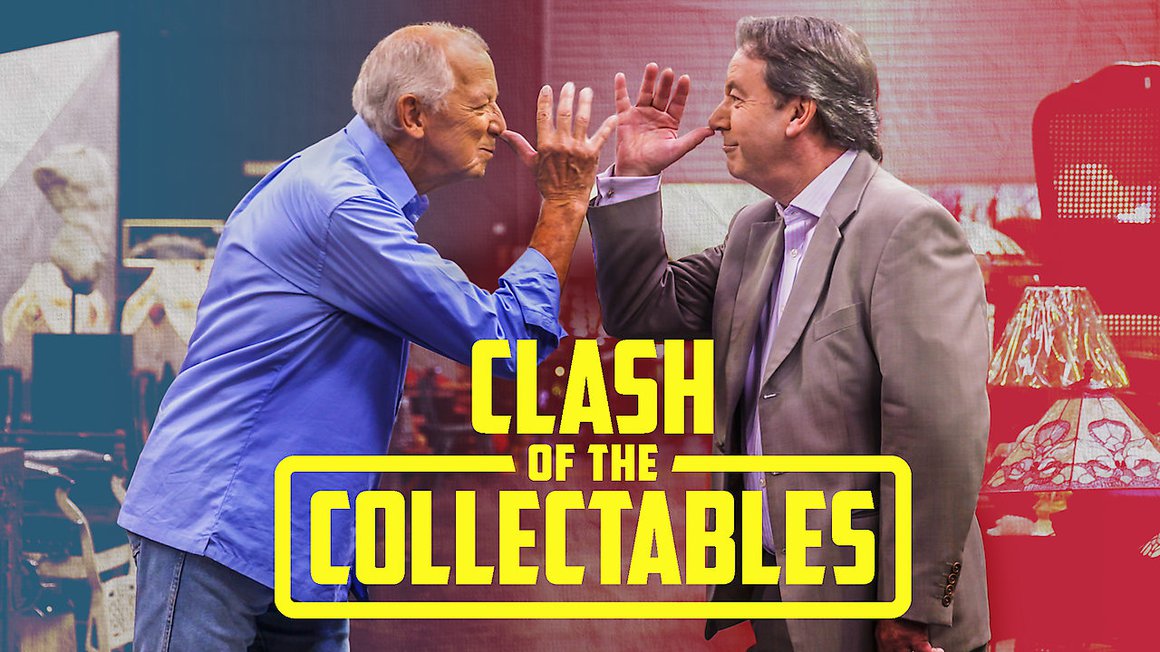 Produced by Sydney based Klink TV, ‘Clash of the Collectables’ is a 10 part series which features a treasure hunt and an auction showdown around Australia, with antique experts Eric Knowles and Alan Carter. With 1,000 dollars available as spending money for each episode, Knowles and Carter travel around Australia, hunting for collectibles to sell at auction in their attempt to outdo each other in the overall profit. ‘Clash of the Collectables’ have multiple episodes available for streaming with subscription on Netflix. Currently, the game show holds a formidable rating of 7.4 out of a total of 10, based on 31 votes, on the Internet Movie Database (IMDb). The show takes rivals Knowles and Carter all over Australia — starting in Sydney and the Southern Highlands of the New South Wales, then on to Australia’s capital Canberra, and finally right up the coast to Queensland, the Sunshine State. 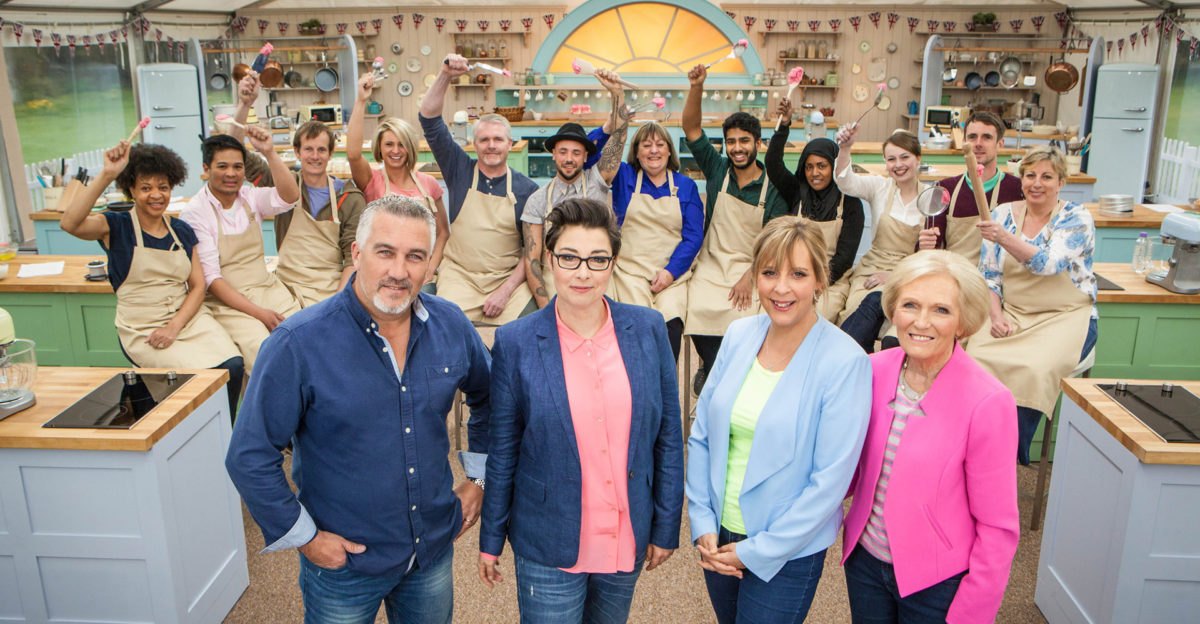 Produced by Love Productions, ‘The Great British Bake Off’ is a British television baking competition game show in which a group of amateur bakers compete against each other in a series of rounds, attempting to impress the judges with their baking skills. At the end of each round, a contestant is eliminated, with the winner being selected from the contestants who reach the finals. Since its premiere on 17 August, 2010 on BBC Two, the show has grown consistently in popularity, and is presently considered to be a significant part of British culture, often credited with reinvigorating interest in baking throughout the United Kingdom and Ireland. Many of the show’s participants, including its winners, have subsequently gone off to establish thriving careers based on baking. Currently, this baking competition game show holds a high rating of 8.6 out of 10, on IMDb. 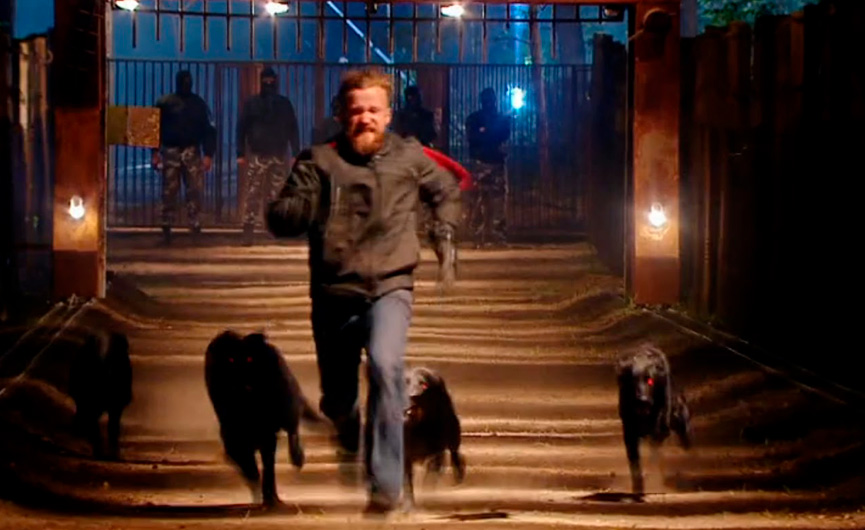 ‘Release the Hounds’ is a British television game show broadcast on ITV2 since October 2013. Hosted by British television presenter Matt Edmonson, the show begins with the disclaimer, “The producers would like to thank the families of the participants. No dogs were harmed in the documentation of this event.” Each contest occurs at night, as three contestants take part in gory and unpleasant challenges to find (or release) a key. After each successful round, one of the contestants has to run a floodlit course pursued by snarling dogs. They are given a head start, which reduces in length the longer the contestants take to pass each task. The contestant carries a red backpack containing several thousand pounds, which they keep if they successfully reach the end of the course before the dogs catch them. Adrenaline junkies should have a gala time watching this game show. 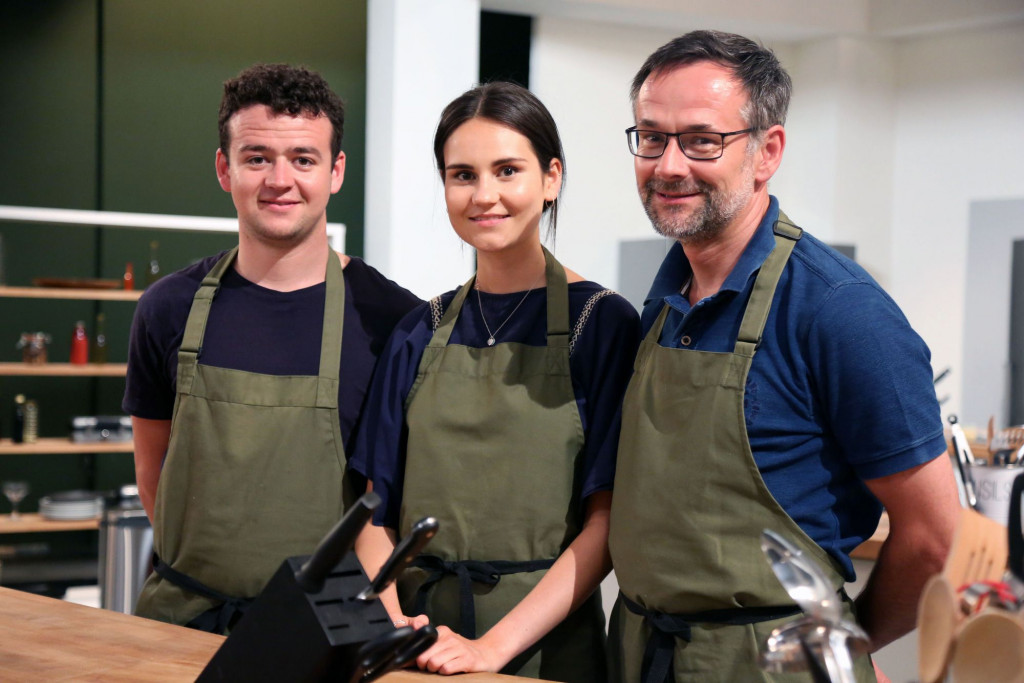 Premiering on 15th August, 2017, ‘The Big Family Cooking Showdown’ is a BBC team cooking competition. Each week, two teams of three family members compete in three challenges, judged by Michelin Star chef, Giorgio Locatelli and cookery teacher Rosemary Shrager. Winners of each of the eight heats move on to a series of further competitions, until a winner is decided. Presenter and Celebrity Masterchef winner Angelica Bell joins Michelin star head chef Tommy Banks to co-host and judge the second season comprising a total of 14 episodes. Michael Hogan, writing for The Daily Telegraph described the kitchen as a ‘swish barn, kitted out in twee, shabby chic style to resemble something from a glossy interiors magazine. 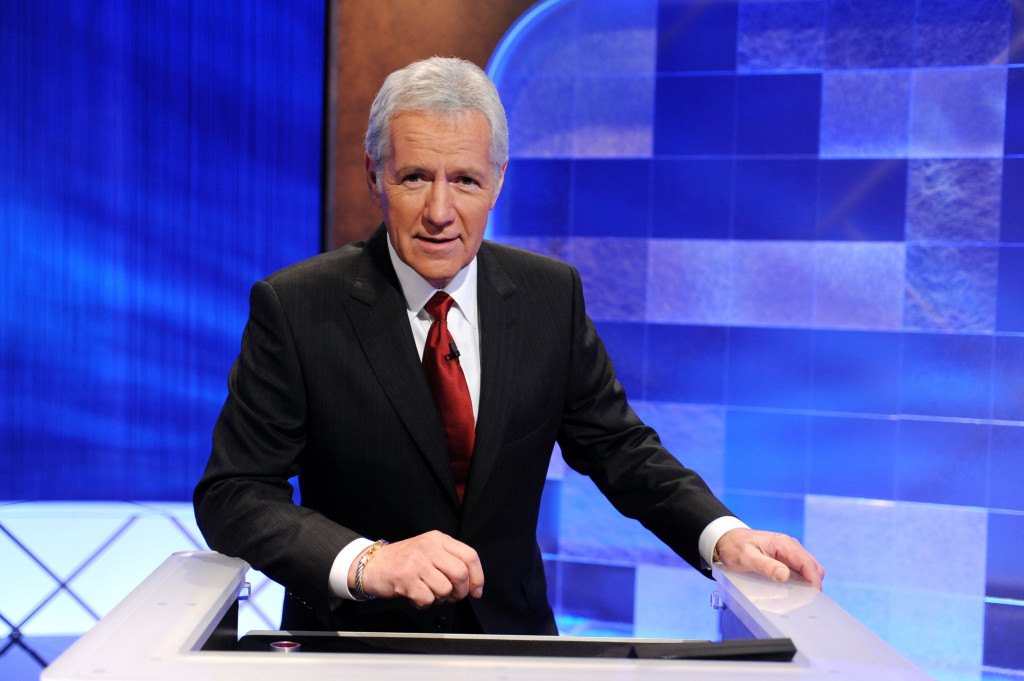 Originally created by Merv Griffin, ‘Jeopardy!’ is one of the longest running American game shows. It features a quiz competition in which contestants are presented with general knowledge clues in the form of answers, and must phrase their responses in the form of questions. Since its inception in 1984, the daily syndicated version of the game show has featured Alex Trebek as host and Johnny Gilbert as announcer. With over 7,000 episodes aired, the daily syndication version of ‘Jeopardy!’ has won a record 33 Daytime Emmy Awards, as well as a Peabody Award. In 2013, the program was ranked No. 45 on TV Guide’s list of the 60 greatest shows in American television history. Currently, the daily syndicated version is available for streaming via Netflix.