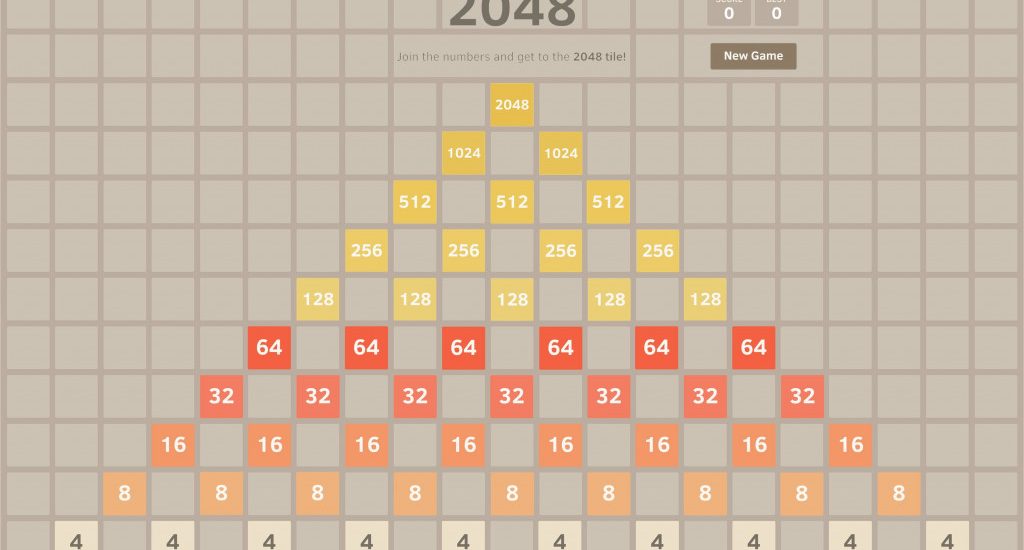 ‘2048’ is a massively popular maths puzzler that really challenges the intellect of its players. The main premise of the game is extremely easy to understand but mastering it takes a lot of skill from its players. The game actually exploded into the market literally overnight and managed to cement its position in the video gaming industry due to its addictive nature. Now if you are one of those people who fear mathematics, then we highly recommend you check this out or some of the other games on this list because they really tend to make the subject interesting. There have been cases where people actually started liking the subject instead of fearing it, making it an extremely fun as well as an educational experience. With that said, here is the list of video games similar to 2048 that are our recommendations. You can play these games like 2048 on PS4, Xbox One, Xbox 360, PC, iPhone, Android, mac or even online. 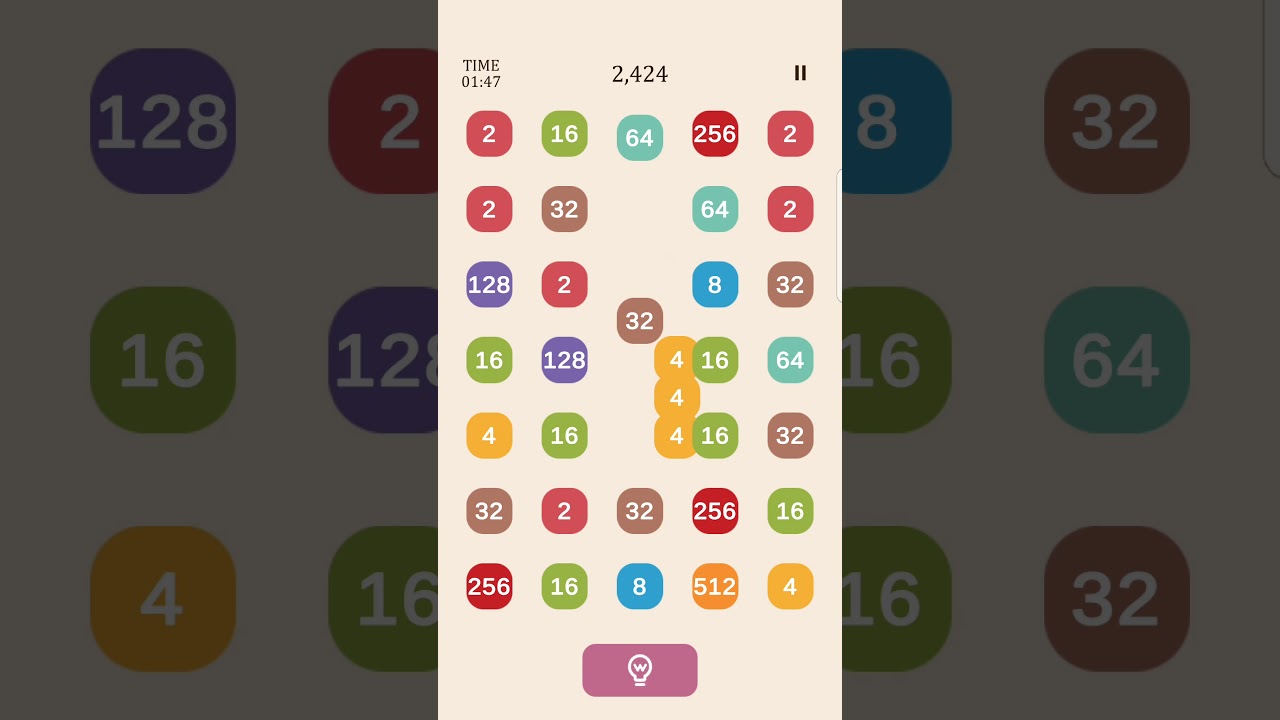 If you are looking for something similar to ‘2048’, why not just add 200 to it and play ‘2248’ instead? This is a game that plays very similar to 2048 and requires you to use logic to solve math based puzzles. There are various numbers present in a grid together that you need to connect together in a manner such that the ultimate result is the number ‘2248’. Unlike ‘2048’ where you can only slide the tiles in four different directions, here you are able to go all 8 ways, making for some innovative and in-depth gameplay.

You begin with two basic numbers which you connect to start the game. Now the next number has to be equal to it or should be multiplied by two. You keep repeating this till you run out of usable numbers or exceed the target and lose the game. Your end result is a sum of all the numbers you have connected during the course of the game. This is another fun maths puzzler similar to ‘2048’ that you can definitely try out if you are looking for a slightly alternative experience. It is presently available on android, iOS and Microsoft Windows platforms.

However, we are sure if you search well enough, you will definitely find a Linux or a macOS version, since the game is extremely simplistic and highly portable. The developers have put some thoughts into the aesthetics as well, as they should in these types of games, and you are able to customize the theme for your interface. This is one aspect that we really appreciate since it does not take much to code these in and it definitely makes a huge impact on the gameplay. 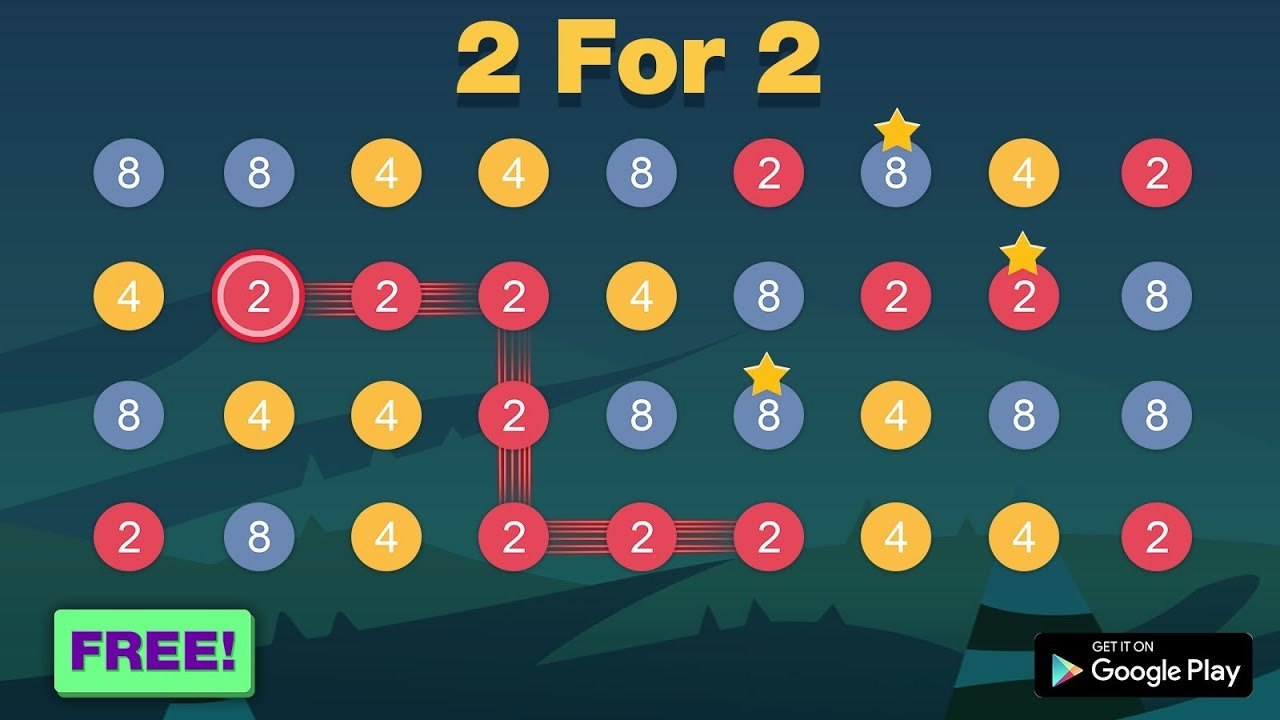 ‘2 for 2’ is another popular maths based puzzle games for the mobile handheld devices. There are many variations of the game but the one we are highlighting here is the modern version that’s available on the android and iOS playstores. It is an extremely simplistic concept where you need to connect multiple numbers together in order to form groups. Now there can only be one single number in a group. For example, if you start the chain with the number 2, then you can only connect strings of 2s that are tied together. You are not able to add to an existing chain that has any other number than the one the chain consists of. The longer the chain, the more points you accumulate for that group.

The aim is to score the highest number of points possible without running out of moves. Once you run out of moves, the game ends right there and you are displayed the top score for that round. It is extremely popular among fans of the genre but the title has received some backlash from its audiences in the recent past. The company responsible for publishing the game, CrazyLabs, recently changed their subscription system wherein people are required to constantly dish money in order to keep playing. Now keep in mind that there are a lot of people out there that paid for a premium ad free experience, and this directly hampers their ability to keep playing without interruptions. We are yet to see how the developers react to this and what pans out to be the future of the game, but as of now, it is pretty much a good time killer and we highly recommend it to people who like playing stuff like ‘2048’. 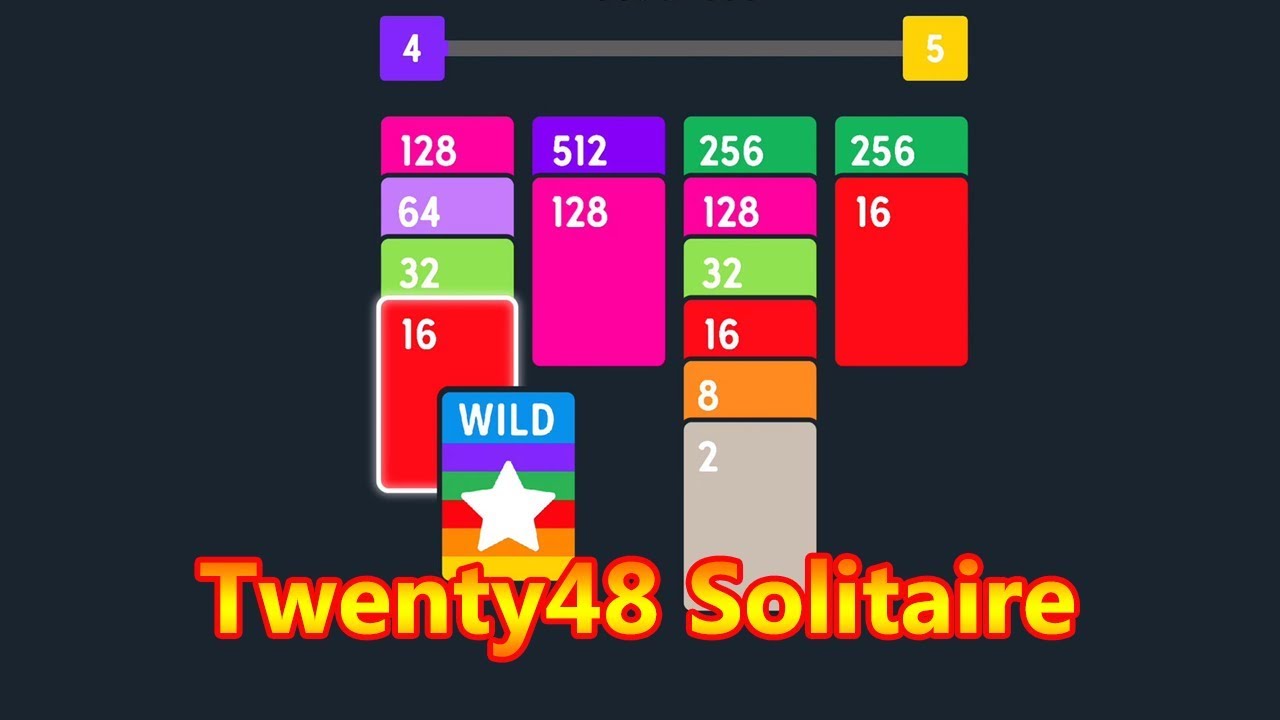 As if ‘2048’ was not solitary enough, we now have a solitaire version of the massively popular solitary game. ‘Twenty48 Solitaire’ takes the basic principles of the ‘2048’ game and then seamlessly merges it with the gameplay concept of ‘Solitaire’. Instead of a chequered board containing numbers, you are instead presented with a deck of cards that you need to use in order to score the maximum amount of points possible. Similar to ‘2048’, you are able to stack numbers that are multiples of 2 on top of each other and strive to score the highest points possible. If you manage to put two numbers of the same value together, they merge together to form a single card while providing you with points.

The aim of the game is to not run out of moves but this is extremely easy to achieve if you play two turns without logic. It can get quite unforgiving at later stages with the deck freezing itself out only when a few cards are left. Similar to ‘Solitaire’ in real life, chance and luck really do play a part here and it’s not entirely dependent on your logical skills. Therefore, we urge you to not stress yourself over a few losses as they can provide a learning ground for your later games. As you play the game and score points, you unlock various abilities within the game such as the super useful ‘Undo’ button. This allows you to erase your last move, thus taking a lot of strategic decisions out of the mix and this is why it’s super useful. We never use it. It’s like the game is not even the same anymore! Anyway, we highly recommend you give this one a shot if you are looking for games similar to ‘2048’, mainly due to its ability to seamlessly merge two different games together into one single experience. 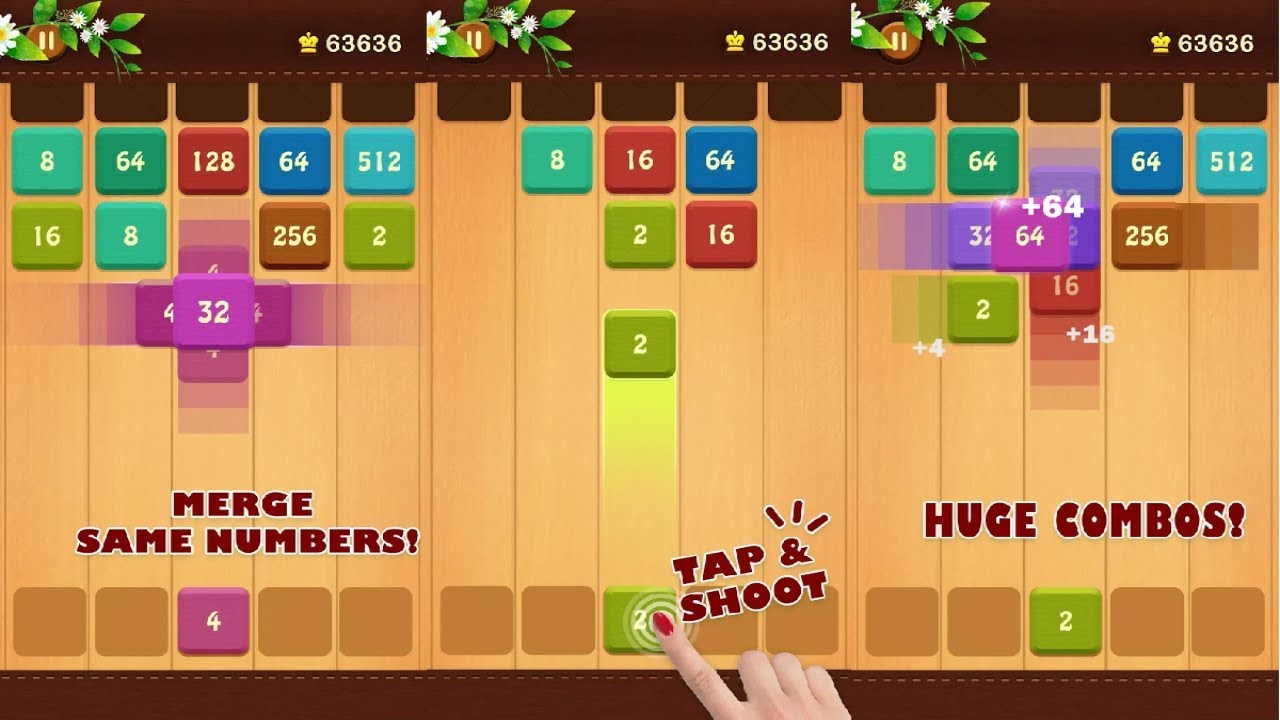 ‘Shoot n Merge’ is an innovative take on the gameplay style of ‘2048’, wherein you are required to shoot numbers in order to achieve high scores. Instead of a gridlock of numbers, you are instead in control of a linear board that you can tap to shoot numbers in a given line. If you manage to shoot the correct number, then you will score points for that shot. The main aim of the game is to keep playing so that you don’t lose out on your score multipliers and let blocks descend to the floor. Each correct shot will merge the blocks together allowing you to take further shots at it.

While the premise for the game is extremely simplistic, the gameplay can get quite addictive at times. As you progress, you are able to collect various upgrades that have such inspiring aesthetics but also add a lot of immersion to the gameplay. This is another fun little maths puzzler that you can play if you are looking for something similar to ‘2048’. It is presently available on android and iOS playstore and you can download it for your handheld device right now. 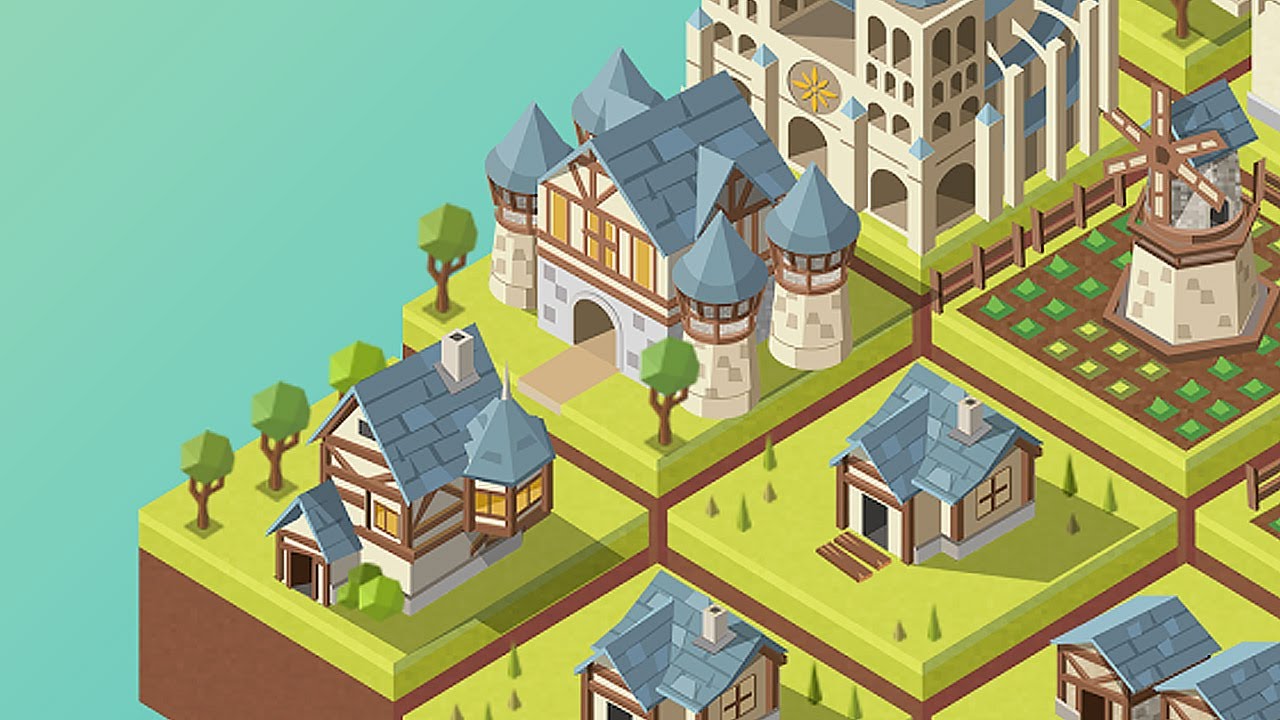 ‘Age of 2048’ is a rather unique take on the ‘2048’ maths puzzler genre. Developed by NLabSoft for android and iOS devices, it has managed to find a rather large following online. The game is a cross between city builders and maths puzzlers wherein you are required to mix and match various tiles in order to progress through the ages. Similar to ‘2048’, you are presented with a grid at the beginning of the game; however, numbers are not present on any of them. Instead, there are buildings and basic structures which you must match together so that other tiles can be unlocked.

As soon as you merge two tiles of the same type, they upgrade. For example, if you merge two similar buildings of the Stone Age, they form a new tile containing a building from the classic age. There’s a total of 6 different ages, namely the Stone Age, the Classic Age, the Medieval Age, the Industrial Age, the Global Age and the Space Age. The main aim is to start from the stone age and keep matching tiles until you run out of moves or you progress all 9 to the space age. This is where the high score for your session is displayed and you are able to share the same on any social media of your choice. There are various items available to you that helps you to get out of tough spots, like the magic wand, which removes a tile and creates a blank space for you. We highly recommend this one to people who like strategic experiments like ‘2048’, mainly due to its addictive and unique gameplay elements. 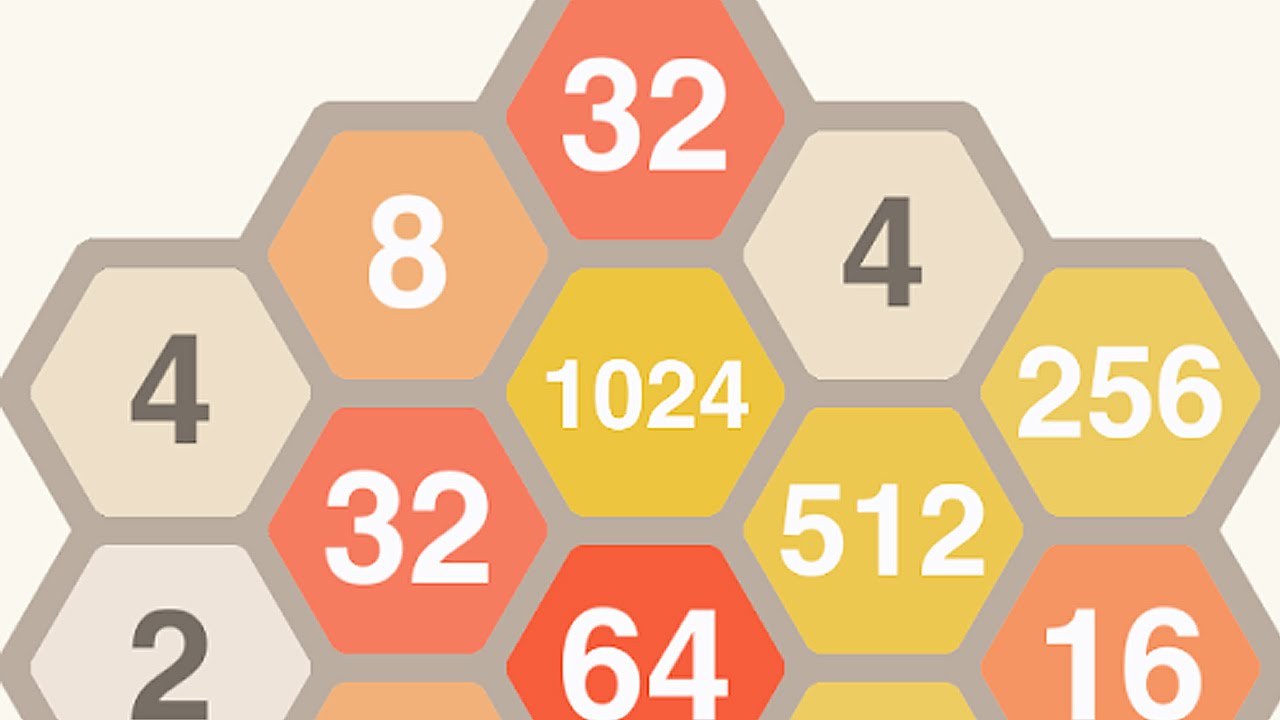 ‘Hexic 2048’ is a fun little spin-off to the originial ‘2048’ game that slightly changes the board in order to create massive differences in gameplay. It really is a simple idea to start off with but the implications it has on the original gameplay style are beyond comparison. ‘Hexic 2048’ simply changes the board from a square one to a hexagonal one, and all hell breaks loose. Somehow, the most sophisticated and most dependable of outcomes turn out to be absolute ridiculous and out of bounds. It’s mindboggling what one simple change can do to the overall game and ‘Hexic 2048’ is a definitive example of this.

The aim of the game remains the same — arrange the numbers in the slots in such a manner that no matter how you add them up, it all turns out to be the same. Now it is important to keep in mind that the sum of all the blocks does not turn out to be ‘2048’ in some cases and this is mostly because of the shape of the board. However, it is possible to solve the game through other numbers and these are specified at the start of each level. There are various grid sizes that you can choose from, with 2x2x2 being the smallest and 5x5x5 being the largest. In addition, there are three game modes for you to choose from, namely the classic mode, the survival mode and the X-Tile mode. You will definitely enjoy playing through this one if you like playing the original ‘2048’, especially if you are looking for something more challenging. 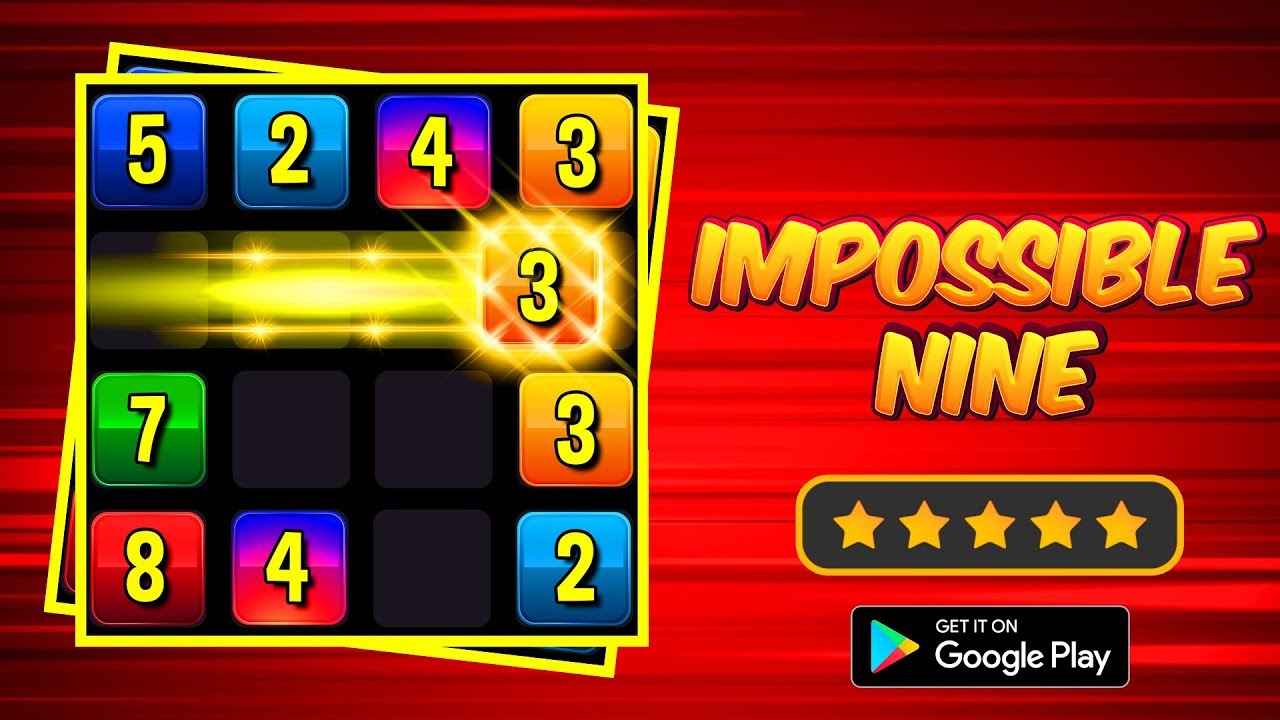 ‘Impossible Nine’ is a very unique and frustrating take on the ‘2048’ gameplay format. While the game is extremely easy to understand, it is exactly that much harder to master. I can’t even begin to tell you how many times I have thrown my phone away in pure frustration, just when I was about to win. That’s the funniest part about this game.

When you play something like ‘2048’, it gives you hints that you are moving in the right direction. When you have a considerable portion of the board figured out, you just know you are going to win. But I am afraid I can’t say the same about this game. It is just as easy to lose on your very last move as it is on your first one and this makes it extremely frustrating, at least for me. This is also one of the reasons I am placing this game at the top of the list. Why should I be the only one to suffer? Now that you know about it, there is simply nothing that will stop you from playing this title and then you are doomed. We suggest you try this one out at your own pace since it is nothing like the peace that is ‘2048’.