One word – minimalism. Before I get started, let me admit that never have I ever played a more simplistic yet engaging game before I got a hang of ‘Limbo’. The gameplay is beyond captivating, and it follows a movie-like timeline, with its own hurdles, puzzles, and horror – to sum up, it is a seemingly unending quest, which will raise your hair many-a-times.

Not only is the entire gameplay in B&W, or greyscale to be precise, in today’s world, not a lot of games follow this as a selling point, also with its 2D gameplay versus the rampantly popular 3D gaming nowadays. The weirdness and the horrifying creatures and happenstances appearing in front of a little boy who’s on a quest to find his missing sister are beyond exhilarating. Especially, when you’ve to empathize with the boy being him during the gameplay, not just watching him through unlike in a movie. Published by Playdead for Microsoft Game Studios, the game is a bag full of surprises and has enough adrenaline-jerking moments for gaming enthusiasts and those who’re into puzzle-like games with a dash of thrill.

In this list, we’ll look into a few games similar to ‘Limbo’ and which can fill in the shoes of the former, given the fact that it is a short-lived adventure. Essentially, any game like ‘Limbo’ would possess the necessary “addictive” element, along with the condensed, “vector-style” graphics, a darker, morbid demeanour and the unusual magical combination of puzzle-suspense-thrill that would keep the player going incessantly. You can play these open world games like Limbo for PS4, Xbox 360, Xbox One, iPhone, mac or even online. 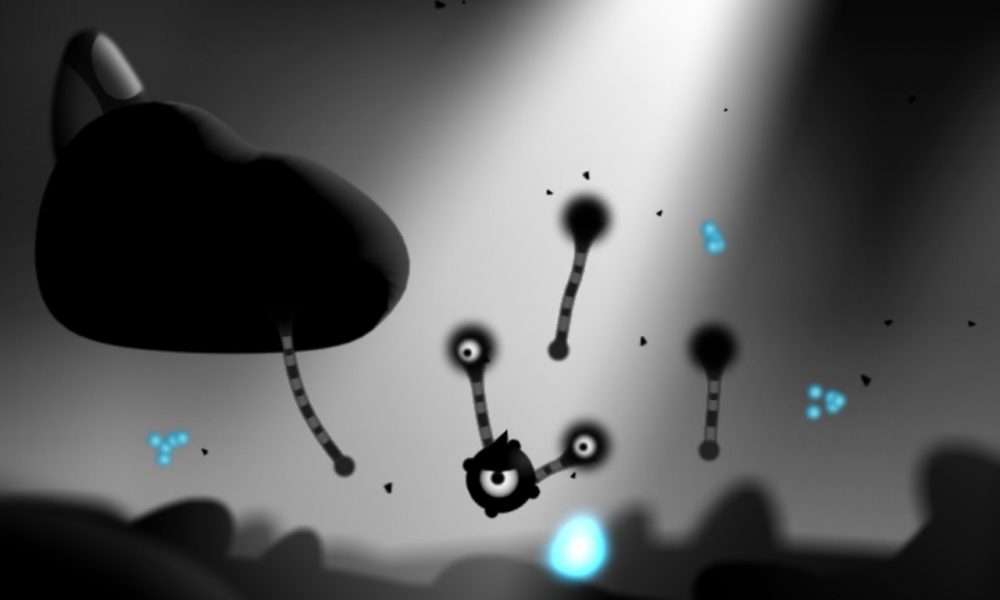 For those who don’t know, you can now play ‘Contre Jour’ for free by visiting this link. Its resemblance with ‘Limbo’ only lies in the fact that it has a partly monochromatic background and the consistent eerie feel around it. Also, the murkiness is pretty obvious. Basically, it starts with a ball-like creature with a giant eye which can’t do anything but roll and glide and sling using your help. The so-called “help” constitutes the entire gameplay. Though the challenges don’t seem very exciting at the outset, the “Cut the Rope” kind of gameplay becomes addictive after some point in time. 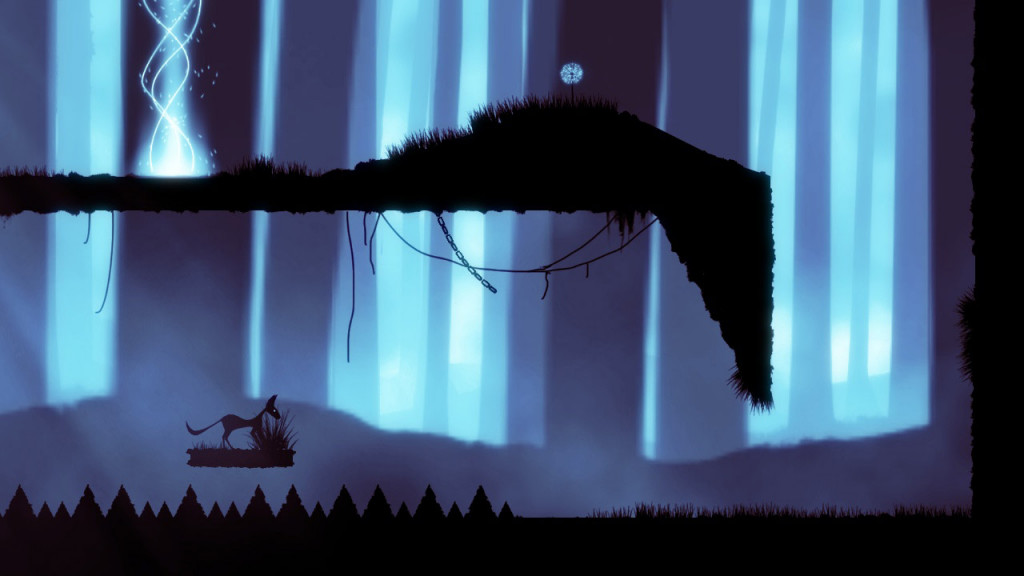 So, to talk about the differences between ‘Limbo’ and ‘A Walk in the Dark’, the latter offers a slightly higher number of manoeuvres compared to the former. The backstory comprises of a girl and a cat and a dreadful skeleton monster in what appears to be a quest-like setup, with puzzles, morbidity (ala ‘Limbo’), and the two-dimensional eerie to follow. What’s exciting about the game is the gameplay, which, even though given it’s resemblance to ‘Limbo’, is entirely different, with theatrics like walking on the roof, among others. Play this if you miss the excitement of ‘Limbo’ but with an enhanced taste.

This arcade-like game reminds me often of Super Contra, the age-old multiplayer addictive game wherein one/two mercenary(ies) beat the crap out of their opponents using powered machine guns and acrobatics. Enter ‘Vector’, which has a resemblance both to ‘Limbo’ in terms of its visuals and gameplay and to Super Contra in terms of the overall look and feel, albeit it only has a single player version. Basically, you play a free runner who has to run through a series of challenges like laser beams, obstacles and heights while being chased by one of your captors. 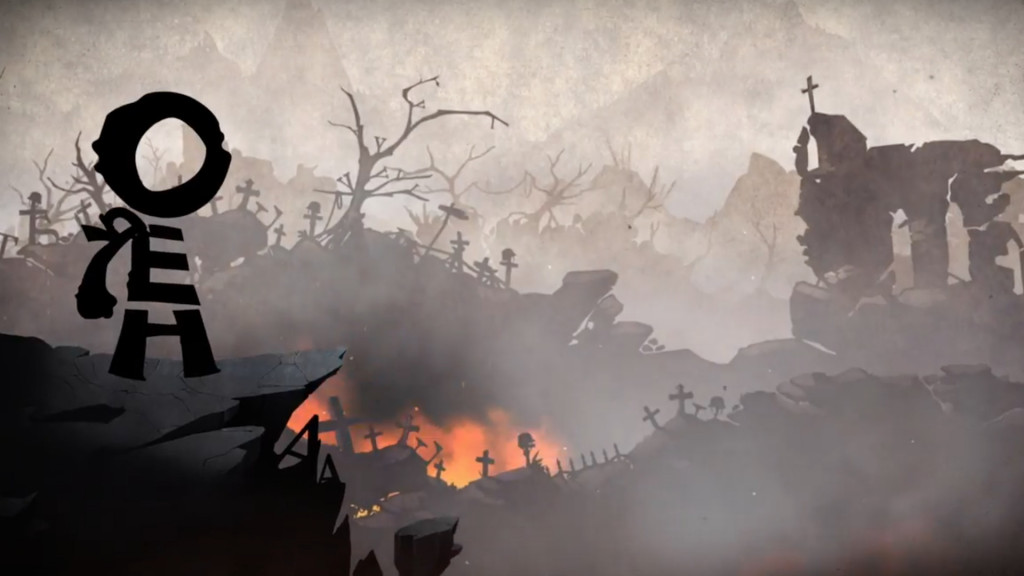 I am not a big fan of the premise and the concept of ‘Typoman’ though, but perhaps one of the reasons for it being on this list is due to its resemblance to ‘Limbo’ like none other. As the name suggests, it is all about letters of the alphabet, starting with an ‘O’ and one has to pile the lonely “O” on an “E” and an “H” for it to look like a kid, who then starts running seamlessly as obstacles are thrown on its way. Soon, a “hand” has to be joined along to pull levers and latches and the game looks like just another version of ‘Limbo’. The puzzles are more like a live-version of Scrabble which gives the game a different flavour altogether. 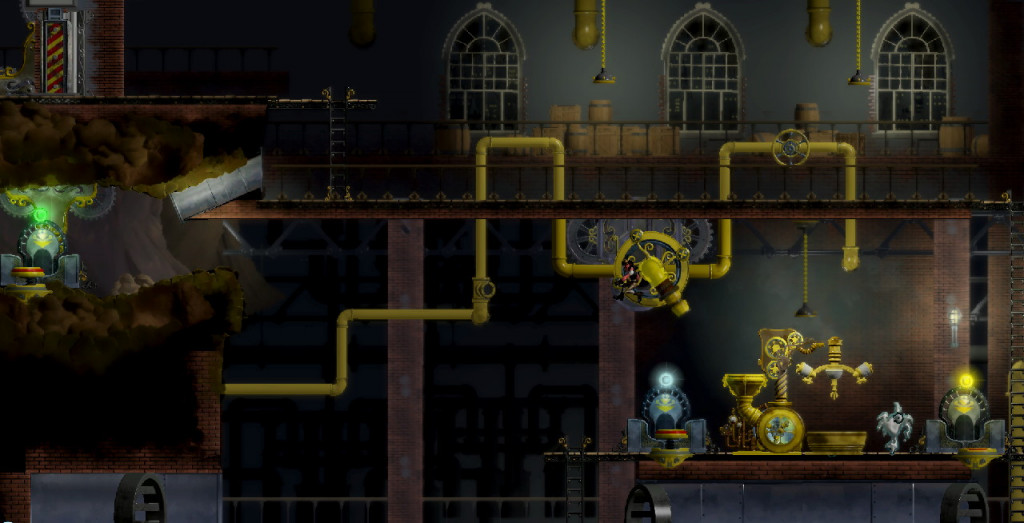 The 2D jinx has seemingly been broken with ‘Vessel’, which is set in the dystopian future wherein giant living liquid churning motors have conquered the world and their creator must find a way to stop them from overrunning. You’re the creator and you’ve to run through a series of tunnels, caves, plumbings, turbines, and ladders to figure what’s what. More inclined towards the puzzle part and less towards the scare or death or adrenaline-jerking moments, ‘Vessel’ has its own ways of surprising you. Do try it out. 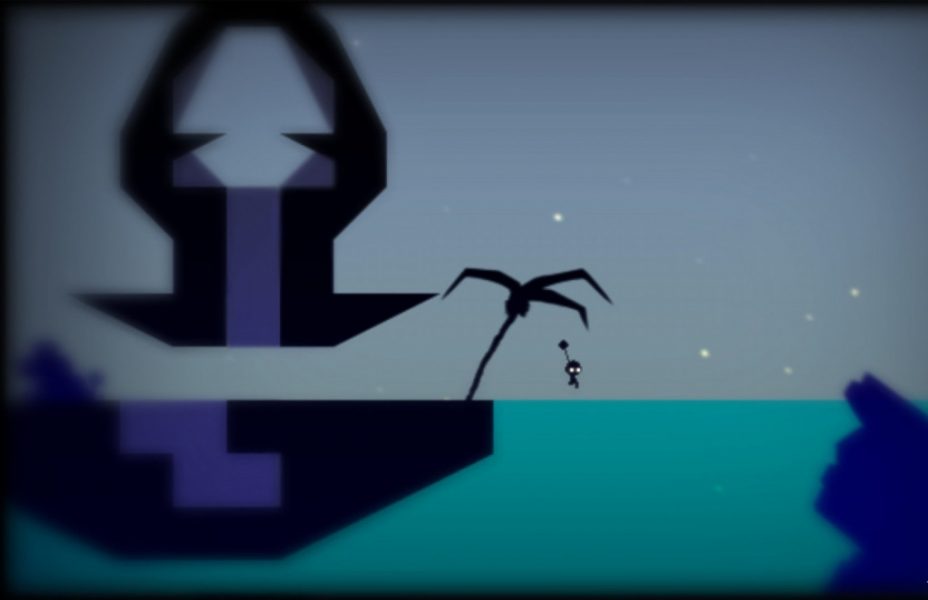 Maybe a little zoomed out version of ‘Limbo’ and the Classic Super Mario combined, ‘Lunnye Devitsy’ is different also in the directional terms. While most of the games have the protagonist walking from west to east (in 2D), ‘Lunnye Devitsy’ looks and heads primarily the other way. The gameplay features an alien which looks like a little girl who has fallen upon an unknown planet and must find its way back to the home planet. As a gamer, you need to jump, swim (you heard that right), and most importantly, don the explorer hat to figure out the right way out. Less of ‘Limbo’ and more of a journey, ‘Lunnye Devitsy’ is a bag full of surprises. 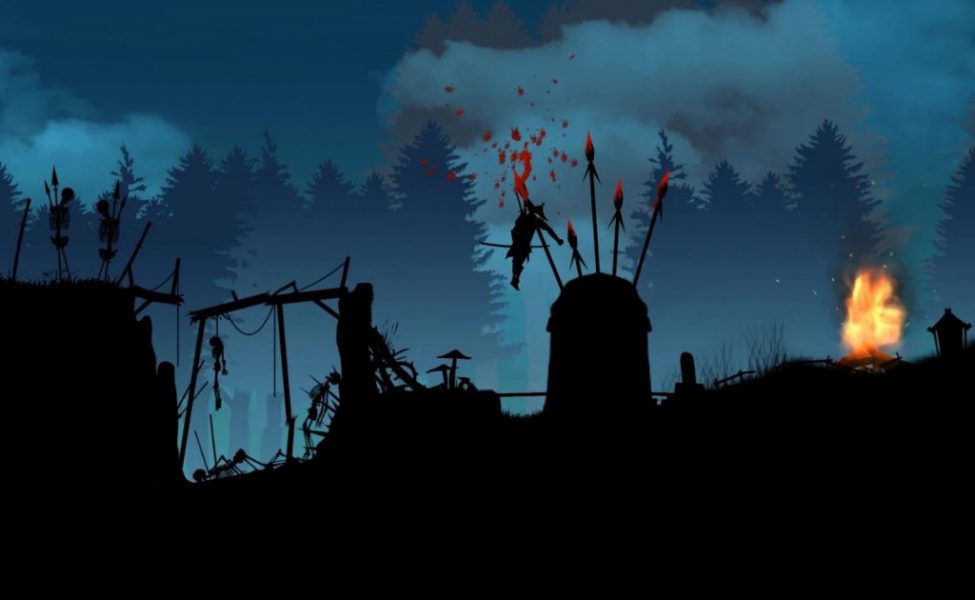 The premise is set around a legendary Arashi, who is on his quest to save his son from the clutches of an evil Orochi, and on his way faces menacing sword-wielding adversaries. With a host of arsenal and acrobatics available at Arashi’s disposal, the 2D gameplay couldn’t have been better, and perhaps this is the only semblance ‘Ninja Arashi’ bears with ‘Limbo’. While the action elements are well thought through, the colour palette is not limited only to black, white and grey but is comprehensive. The challenges and the addiction are ever soaring with each level unless you’re a ‘Limbo’ maniac. 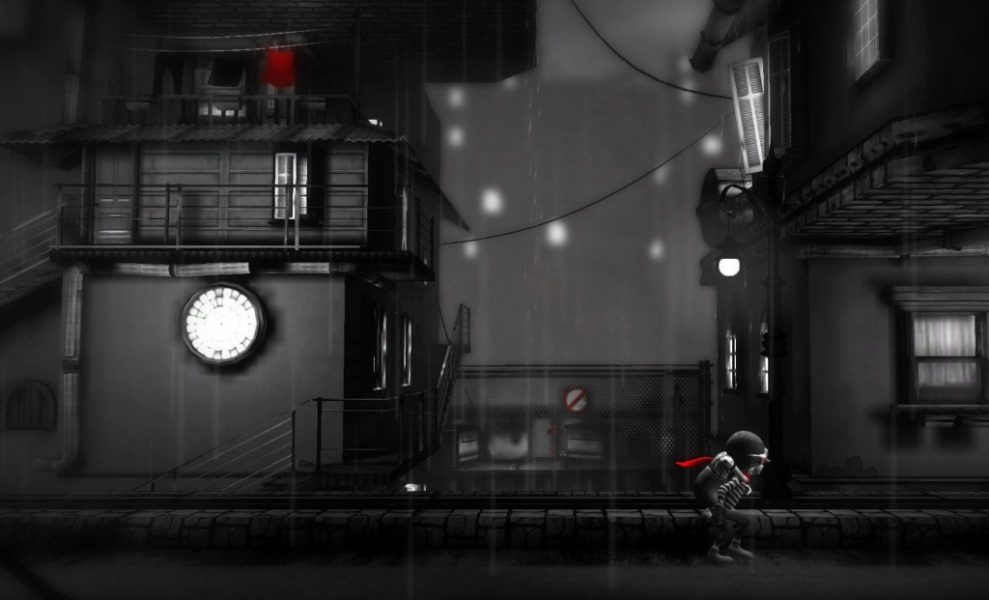 Set in the backdrop of a relatively soothing background music, ‘Monochroma’ boasts of a gameplay wherein the theme is more cinematic than game-like, bang opposite to what ‘Jumanji’ or its successor was – more game-like and less cinematic. A kid is perpetually carrying his helpless younger brother on his back through a host of obstacles, hurdling and is sprinting all along. The only posing challenges are the well thought through obstacles and how the kid conquers each one of them, well, you do it basically, using the kid as a proxy. It wouldn’t be wrong to call ‘Monochroma’ a milder version of ‘Limbo’ though. 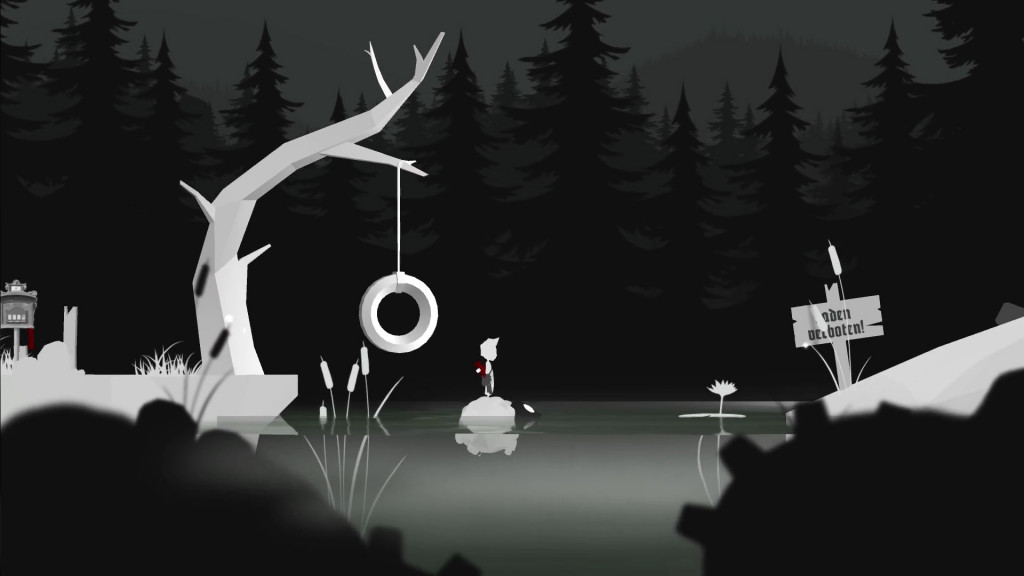 Two things are very obvious with ‘Albert and Otto’ – one, the colour palette (comprising two colours for ‘Limbo’) is seemingly reversed, and two, the gunslinging and weaponry adds to the fervour of the game, something which we kinda sorta missed in ‘Limbo’. Albert’s sister Anna is missing in dystopian Germany and while Albert is on his quest to find his sister, he encounters Otto, his sister’s bunny who also helps the former in clearing the obstacles while giving him some superpowers. ‘Albert and Otto’ is a game that gives you addictions to the highest levels, is as enticing as ‘Limbo’, perhaps even better, with equally powerful adversaries (esp. the giant “Jaegar” in the end), and the one that comes with some amazing sound effects. And btw, Otto is red in colour. 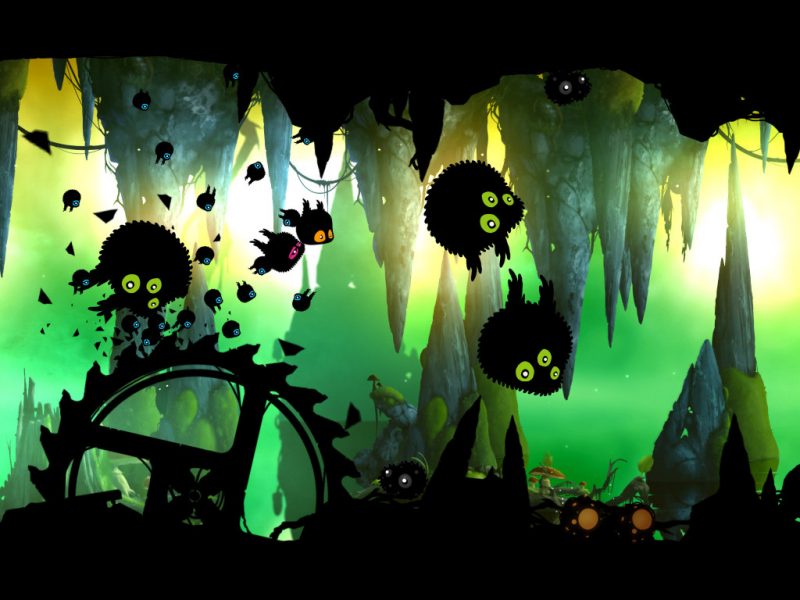 Instead of the walking, vaulting, and the running and fleeing involved with the games we have seen until so far, ‘Badland’ has a flying (or rather floating) creature trying to negotiate its way through all the creeks and corners while growing or shrinking in size depending upon what it “eats”. Regardless, the element of surprise and the gore (albeit still in 2D) is relatively far less than ‘Limbo’ or ‘Feist’ for that matter and the gameplay won’t give you jitters at any point in time. A relatively comfortable version of ‘Limbo’, if you will. 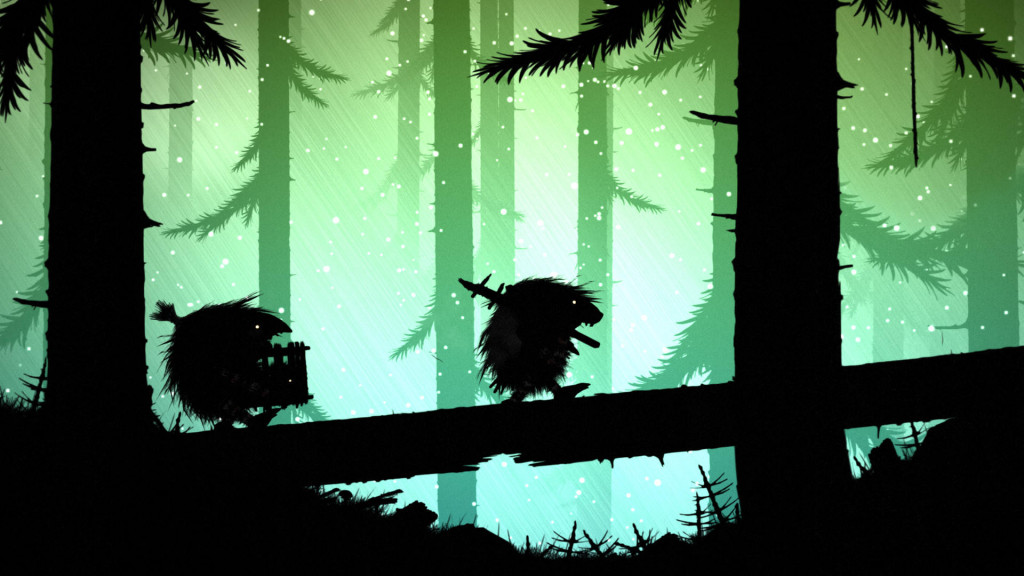 The minimalistic 2D adventure is carried on with ‘Feist’, the addendum being the raw and adrenaline pumping confrontations. Moreover, the gore (even though in 2D) is somewhat disturbing for an otherwise timid gamer. Unlike ‘Limbo’, the creature involved is a porcupine-like being who needs to survive the otherwise unfavourable conditions around it – by killing everything and everyone on the way. More than being a puzzle adventure which ‘Limbo’ obviously is, ‘Feist’ is more of a survival game replete with tense fistfights, booby traps and harsh environmental conditions. If there’s any other synonym of fear on this list, it is ‘Feist’.

2. Toby: The Secret Mine 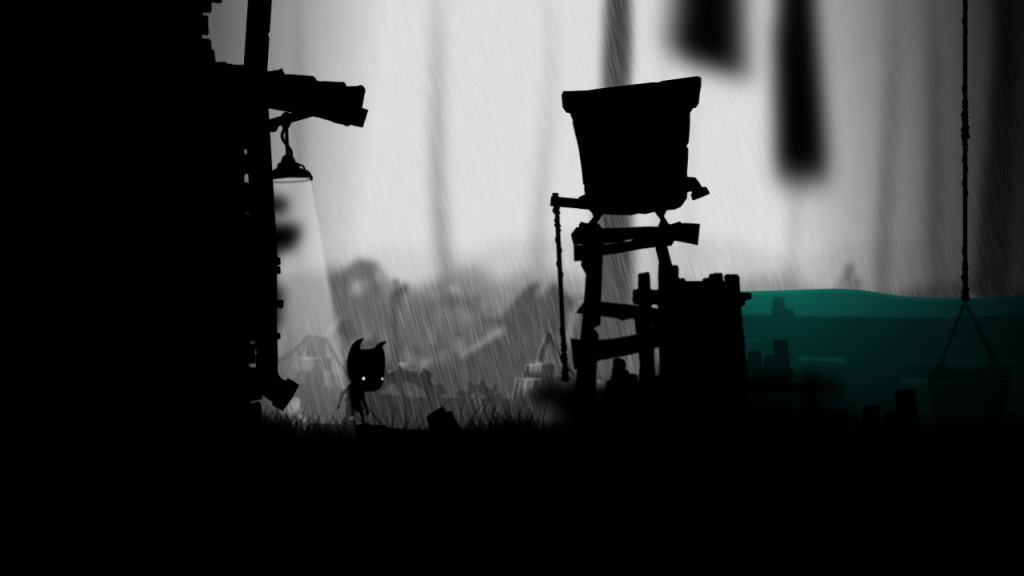 My personal favourite on this list, ‘Toby: The Secret Mine’ is cut from the same cloth as ‘Limbo’ had been, with an eerily similar gameplay (except for maybe the colour changing background), more immersive and in-depth experience and furthermore, a lot many powerful adversaries for the timid Toby, who is seemingly on a quest to find his friends after his village was attacked by marauders. If there’s something that you might have missed in ‘Limbo’, you might find those gaps duly filled with ‘Toby: The Secret Mine’. 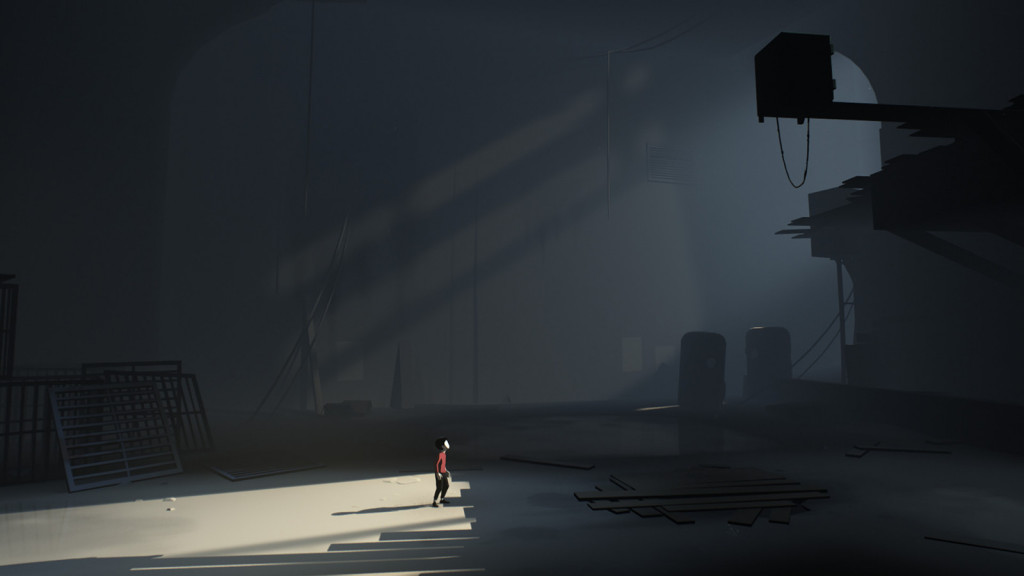 And now to the prodigal brother of ‘Limbo’, ‘Inside’ was created by Playdead using the same platform as ‘Limbo’, but with the much needed and awaited enhancements of course. Instead of just the 2D gameplay, the creators have now tried monochromatic 2.5D (similar to ‘Monochroma’ or ‘Vessel’) with far better visuals (including underwater ones), enhanced capabilities (like swimming), more aggressive obstacles and opponents, more tools and pieces of equipment at disposal, and zombies, among others. ‘Inside’ is predominantly the thrill of ‘Limbo’ and much more. A worthy successor of a timeless classic that probably can’t get any better. Or can it?