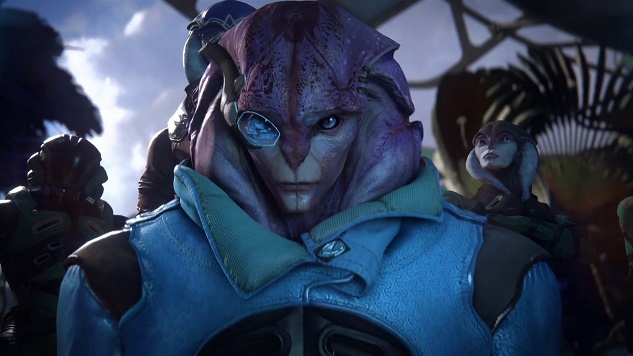 There are very few games out there that can rival the legacy of ‘Mass Effect’ and ever since fans of the game series were disappointed with the latest installment in the series, we were looking out for games that are similar to Mass Effect. Now we wanted to keep these games strictly based on the play style of the ‘Mass Effect’ trilogy and not include every single action adventure RPG out there. We wanted to keep the setting more or less centered around sci-fi themes because that’s where the ‘Mass Effect’ series shines; however, you might find a couple of other themes in this list as well. Now it is extremely hard to find a game that plays exactly similar to that of ‘Mass Effect’ and we were surprised to find this gaping hole when it comes to action adventure RPGs set around space exploration for modern consoles. So, here is the list of video games similar to ‘Mass Effect’ that are our recommendations. You can play these games like ‘Mass Effect’ on PS4, Xbox One, Xbox 360, PC, iPhone, Android, mac or even online. 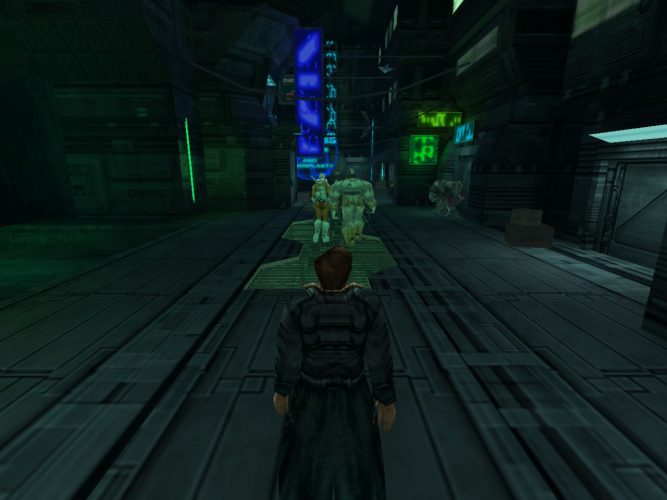 ‘Anachronox’ is a single player role playing game developed by Ion Storm and directed by Tom Hall and is widely regarded as many as one of Ion Storm’s best works. The game was originally planned to be released in the year 1998 but faced a lot of issues during development and was eventually delayed until 2001. Critics praised the game for its original game design and various new mechanics that set the game apart from other games of that time. The game is centered on a private investigator and follows his eventual adventure to an abandoned planet at the edge of the universe where he unravels mysterious events that can prove fatal for the whole universe.

The developers felt that the story for the game couldn’t be told through a single game alone and planned for future releases but soon lost the license to the Anachronox universe and all release plans had to be scrapped. The developers have since then stated around 2010 that if they do not receive express rights to the game in the following ten years, then he would write down the rest of the story in his own web blog and publish it for the fans. The game has not aged well but definitely is one game you should check out if you liked the ‘Mass Effect’ games, especially since it has so much history tied to it.

‘Fallout 76’ is the series’ first ever online only multiplayer instalment and also happens to be the latest one in the series. The game has generated a lot of hype online and it received overwhelmingly positive reviews from critics on launch. Set in 2102, Appalachia is a brilliant depiction of West Virginia with the game developers taking express interest in recreating the various points of interest in the location. The world has experienced a nuclear war and people are making their last stand in fallout shelters that protect them from harmful radiation. Life in Appalachia is tough and you have the option of bringing along three other friends in order to traverse the hostile environment of a post apocalyptic war.

The world is populated by survivors, all played by human players and does not contain any NPCs (Non-playable characters) making the experience all the more immersive. Players can build settlements anywhere in the game world during the course of gameplay and these are removed from the world once the player goes offline, and these settlements are the central hub for the player and is essential for one’s survival. Players are also able to raid settlements of other players when they are online and this provides the players with both resources and a fun little PvP activity aside from the campaign quests. 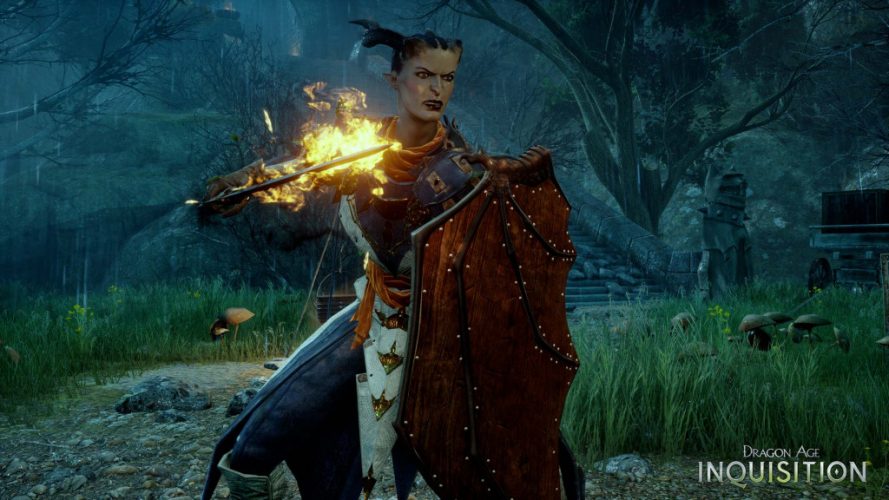 The role playing aspects of the game are pretty deep and allow the player to customize their character according to their race, class and abilities. There are a total of three classes playable in the game, namely, the mage, warrior and the rogue each having their own skill and talent tree. The main aim of the game is to learn the secrets of the era and become an inquisitor, who is regarded as ‘holy’ by the people. Though the setting is completely different, we still felt that ‘Dragon Age: Inquisition’ deserved a place in this list due to the striking gameplay similarities to the ‘Mass Effect’ series. 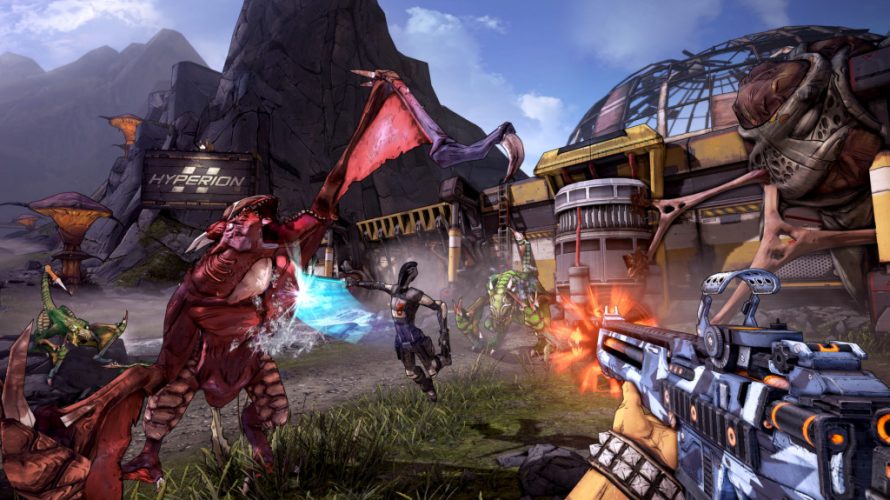 ‘Borderlands 2’ is another action-adventure set in a steam punk setting that you should really try out for yourself as the game does not do justice through words alone. Set in Pandora, a world that is sure to always have a few surprises up its sleeves, you will definitely want a few buddies when you go exploring in this godforsaken land. You and your friends each can choose one of six bounty hunters or treasure seekers who are looking for valuable items in the heart of Pandora. The whole of the campaign is playable alone but we highly recommend you bring along a friend as the experience really does call for co-op gameplay. The game is a direct sequel to the 2009 game Borderlands and is the second installment in the massively popular franchise. We recommend picking up the handsome edition if you are planning to buy the game now as it contains all the DLCs for the game. 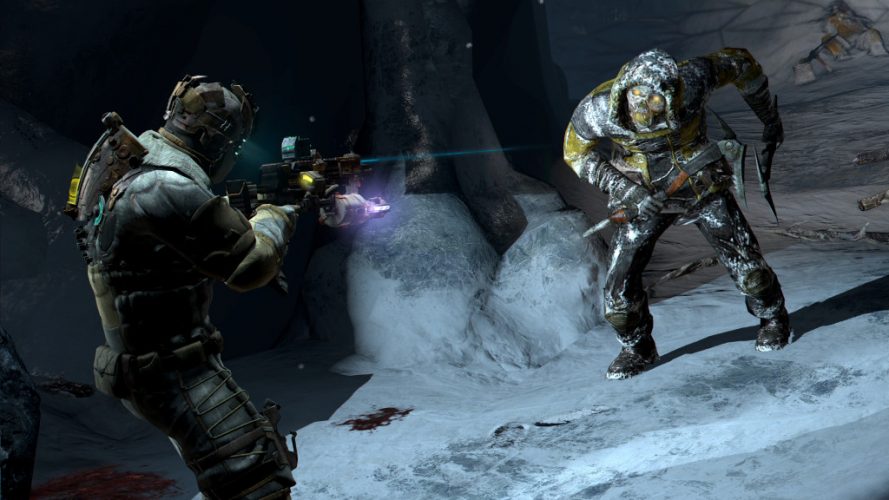 If you are looking for something that’s similar to the ‘Mass Effect’ series but is grittier, morbid and dark then Dead Space is the series for you. ‘Dead Space 3’ is a survival horror video game set in the extremes of space where you follow the adventures of Clarke and his struggle against the Necromorphs, disgusting space aliens who will stop at nothing to kill you. The game really does have some intense moments requiring the player to escape from enemies while maintain the oxygen levels in this suit. The RIG suit provides you with all the important data as always such as your health and ammo count and is essential for your survival. An indicator on your right makes you aware of the oxygen levels in your suit and you must find other sources of the gas before it runs out in order to survive.

The game has an organic feel to it as the protagonist controls quite intuitively, instinctively taking cover once you approach a suitable situation. The game also contains a multiplayer co-op game mode where you can join up with a friend in order to take on the necromorphs together. Dead Space 3 was developed by Visceral Games and published by Electronic Arts for the Windows, Xbox 360 and PlayStation 3 systems.

‘Alpha Protocol’ is an action shooter role playing game developed by Obsidian Entertainment and published by Sega in the year 2010 for the Windows PC, Xbox 360 and PS3 systems. The game follows the story of Michael Thorton, a recruit at a new division for the United States army called Alpha Protocol. The unit has been given access to unlimited resources and the latest technology available to the country in order to create a class of warriors who can carry out undercover operations for the government. Michael slowly learns about the true identity of this unit and must do everything at his disposal in order to unravel the terrible secrets that lurk within and a possible threat to the future of the planet itself.

The players are able to interact with other characters within the game using a dialogue system that presents the player with a choice of three different replies, each having its own tone and meaning. This makes an impact on the choices and the resulting conversation providing a bit more depth to the gameplay. There are light RPG elements tied to the game as well giving the players to build their characters according to their gameplay style. 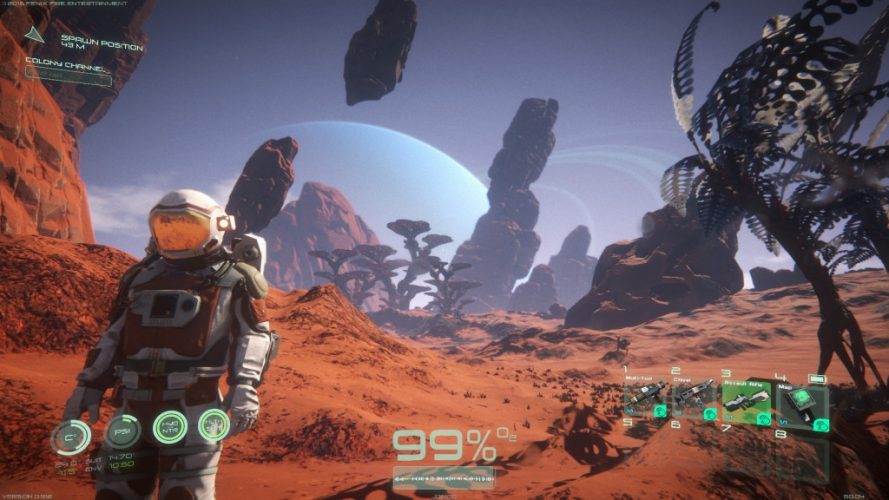 ‘Osiris: New Dawn’ is a survival video game set in the year 2078, when humans are beginning to grasp the concepts of interstellar travel and are beginning to create colonies on other planets. The game has been developed by Fenix Fire Entertainment and was published by Reverb Triple XP for the Windows PC, Xbox One and PlayStation 4 gaming systems. You are on a mission to the Gliese 581 planetary system as a part of the second wave of researchers and your objective is to study the planet for habitable conditions.

However, on your way to the planetary system, your space ship malfunctions and you are left stranded in an unknown planet. Your mission quickly changes from one of research to one of survival as you are gonna need every single trick in the book in order to survive on the hostile planet. The first job is to build a proper working base which will serve as your base of operation. ‘Osiris: New Dawn’ is a game that takes pride in placing players in difficult situations and is one title you must check out if you liked the ‘Mass Effect’ series. The game is presently in early access with a release date scheduled for later this year. 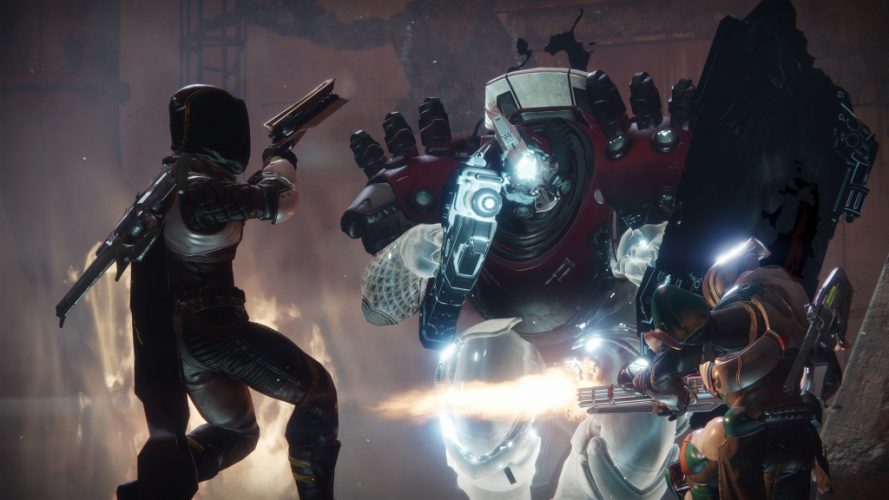 ‘Destiny 2’ is an online multiplayer shooter that allows players to team up together and progress through the story in a ”shared open world”. The game is set in a distant future where the last resorts for humanity are being attacked by alien species and it’s up to the defenders of the planet to save it from these perilous creatures. The game was developed by Bungie and was published by Activision for PS4, Xbox One and Windows PC systems.

‘Destiny 2’ was extremely well received upon release and was praised by critics for its polished game design and various other improvements over its predecessor, which made gameplay more smoother and intuitive. It has a lot of RPG elements as well, providing the players with a basic suit that they upgrade over the course of gameplay according to their wish. The game features 3 player strikes and 6 player raids that are all missions set in a co-op environment. The game only requires an active internet connection in order to play without interruption. ‘Destiny 2’ is one of the best co-op sci-fi shooters out there presently and hence makes its way into this list at the number 2 spot. 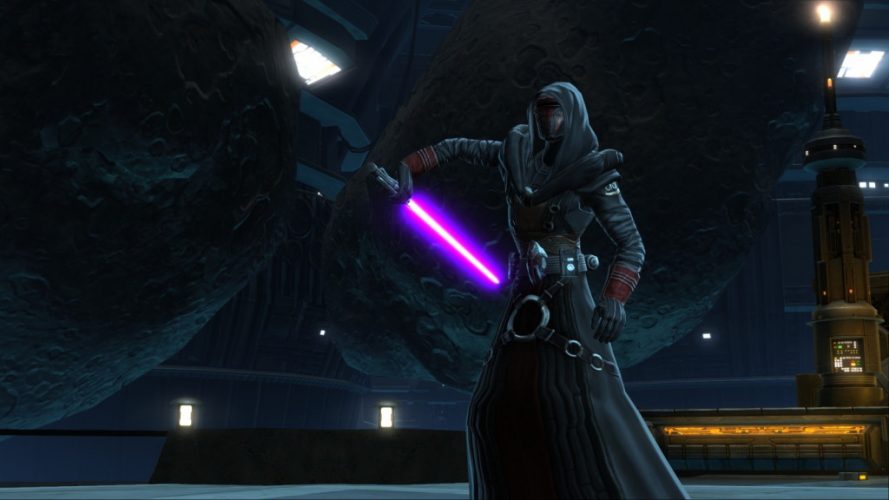 ‘Star Wars: Knights of the Old Republic’ is a massively popular game series based on the ‘Star Wars’ franchise that has managed to create a sensation among gaming fans of all ages. The gameplay is very similar to that of Dungeons and Dragons and is divided into short rounds between which players can make decisions and choices. Bioware, the company behind the ‘Mass Effect’ series is responsible for the development of the first and the third installments in the series while Obsidian Entertainment provided the second installment. The series has been extremely well received by gamers and have been recently adapted and released for mobile gaming devices in the year 2014. If you have not yet played this trilogy then we highly recommend you do so as this is one of the most definitive entries in the ‘Star Wars’ franchise and is also available on your android and iOS device.