8 Games You Must Play if You Love Monster Legends

‘Monster Legends’ is a massively popular collectible monsters game that allows its players to collect and train monsters in order to take part in combat against friends. The monsters grow in size as they level up and players need to provide them with more food and room to stay; pretty basic mechanics, but extremely addictive once you get a proper team going. The genre simply exploded into the market with the advent of smartphones and microtransactions, two signature features of such games. Today, we are looking at a few more titles that have similar mechanics to this incredibly addictive game, but manage to differentiate itself through one way or the other. Here is the list of video games similar to Monster Legends that are our recommendations. You can play these games like Monster Legends on PS4, Xbox One, Xbox 360, PC, iPhone, Android, mac or even online. 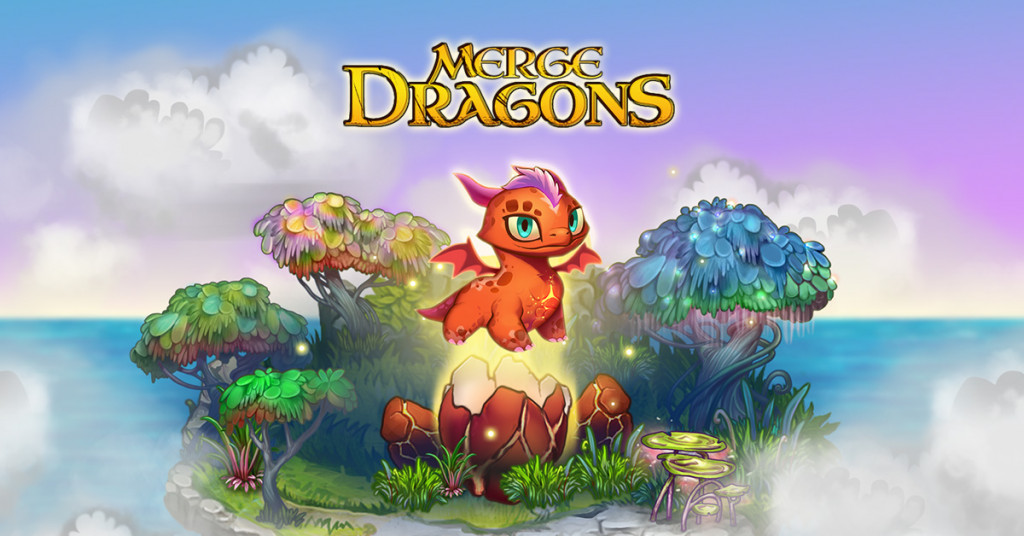 ‘Merge Dragons’ is a mobile game that plays very similar to ‘Monster Legends’. It’s a collectible pets game that allows its players to collect and merge dragons in order to create more powerful ones. When you start the game off, you have access to a basic set of dragons which you can use to fill your enclosure. As you progress, you unlock more powerful dragons that you can again merge together. Get the drift? Each time you merge dragons, they get significantly more powerful but also require more resources to take care of them. They also need more space, so keep these two things in mind before you go too crazy merging dragons and then not having anything to feed them.

Now there are different types of dragons that have different abilities, distinguished mostly by color. Merging two dragons together that are compatible to each other will result in a more powerful dragon than the one that is created from the two less compatible dragons. This is the basic cycle of the game. In addition to this, you need to provide your dragons with shelter and food. These are extremely essential and do take a bit of understanding to get to know how to save on these. However, if you are regular to the game and take part in the weekly events, then you won’t run out. But if you are not regular, then it’s a different ball game altogether. It will require you to spend some real cash in order to catch up and this makes it hard for players who are coming back to the game after a brief pause. If you do happen to pick up the game, make sure you are regular at it in order to avoid such circumstances. 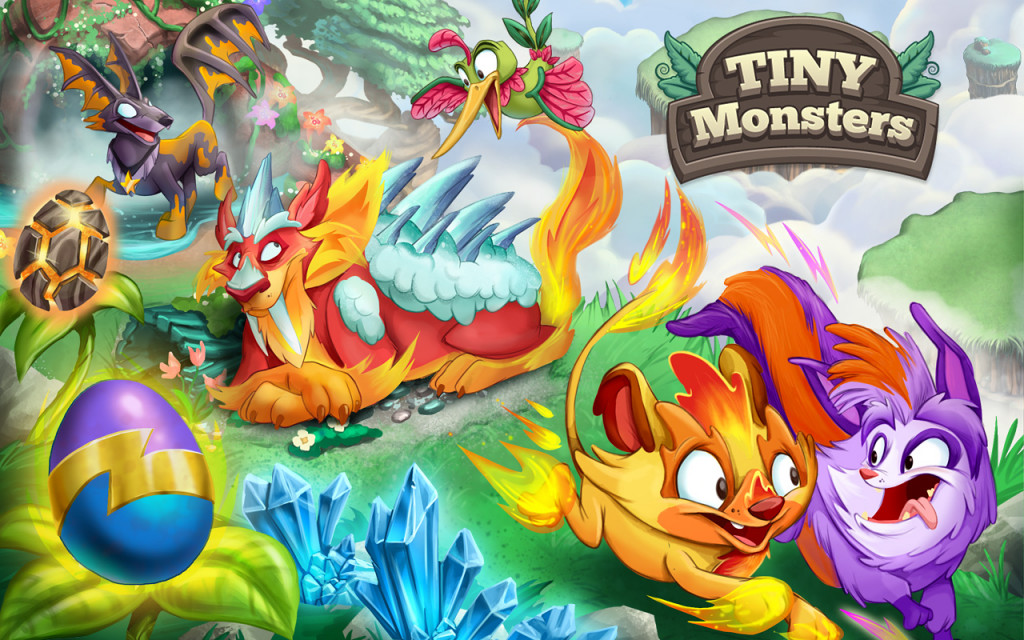 ‘Tiny Monsters’ takes the whole concept of monsters and turns it on its heels. There are no huge winged flying predators in this one; instead, there are cute little furry creatures that fit on your palms. Whoever said monsters are scary should really get their eyes checked, since from where I see it, they are perfectly fine cute little creatures! ‘Tiny Monsters’ also plays very similar to ‘Monster Legends’; just that it replaces the scary monsters for tiny ones. The design for these creatures are pretty good too, something that we don’t really see in these kinds of games.

Usually we find a few different designs that have been used over and over again with minimal changes to expression, color and shape. However, this one is quite diverse. There are a lot of creatures that are unique and manage to stand out from the crowd of other monsters. Though it seems that the developers were quite influenced by ‘Pokemon’, we are still not taking away brownie points for lack of effort. It is evident that a lot of the development process was put into the design of these creatures and we thank them for that. The gameplay is quite addictive too since the rewards are efficient and do not get in the way of progress. Some of the timers can get a bit annoying though but this is something that we need to live through in all games similar to ‘Monster Legends’. Do give this one a try if you liked ‘Monster Legends’, mainly due to the artwork and the designs for the monsters. 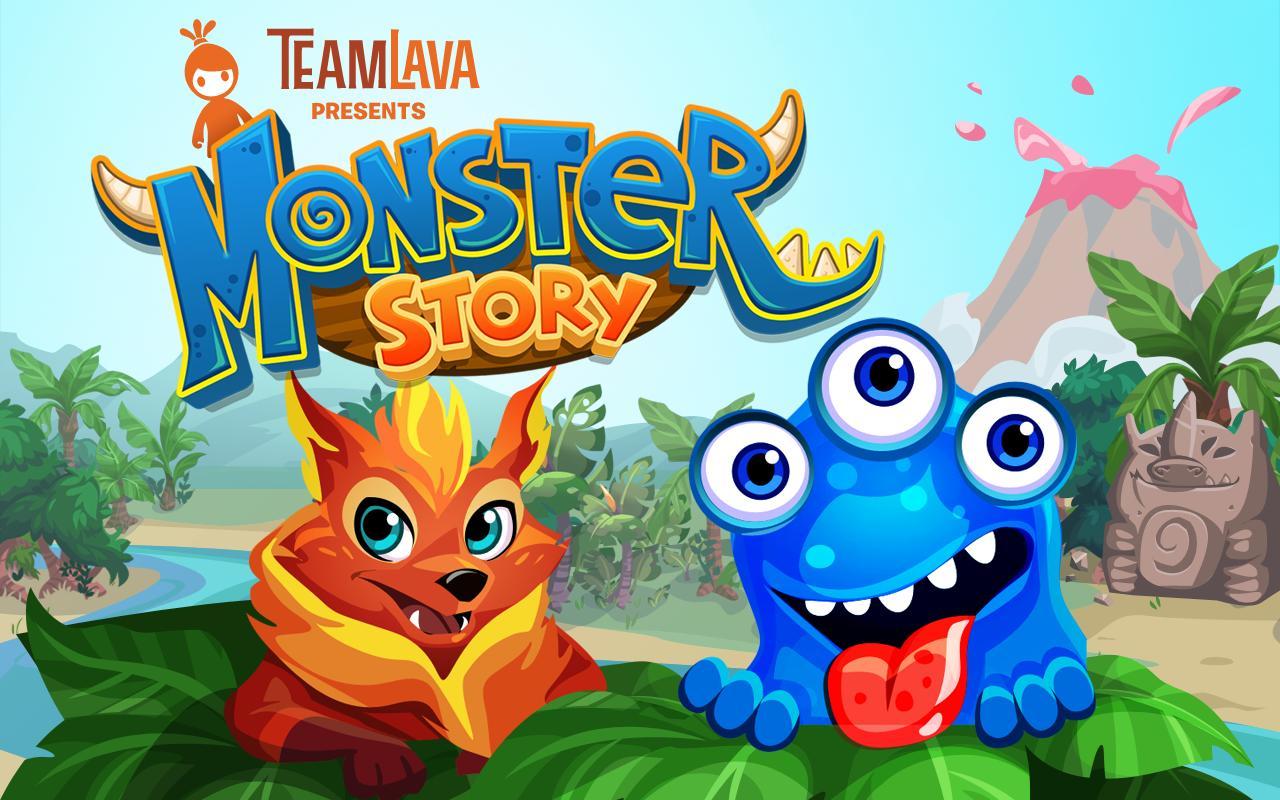 ‘Monster Story’ is another game that you can try out if you like stuff like ‘Monster Legends’. As it is apparent from the title, both games are pretty similar. As with ‘Monster Legends’, you need to collect and take care of a variety of monsters in your digital farm. These are again able to breed with each other under certain circumstances, giving rise to more monsters that you can control. You start off with very basic ones, which are not really that powerful, but just wait for level 20. That’s when the real dudes walk in. As you progress further, you gain access to even more powerful creatures which again breed and give rise to other ones. You need to log in everyday, check your enclosures and take care of your monsters so that they don’t starve to death. Small little details here and there make the game really attractive to kids and teenagers alike. This is one you should definitely not miss out on if you liked ‘Monster Legends’. It’s a fun little alternative that manages to keep you hooked for the most part, mostly during commutes. 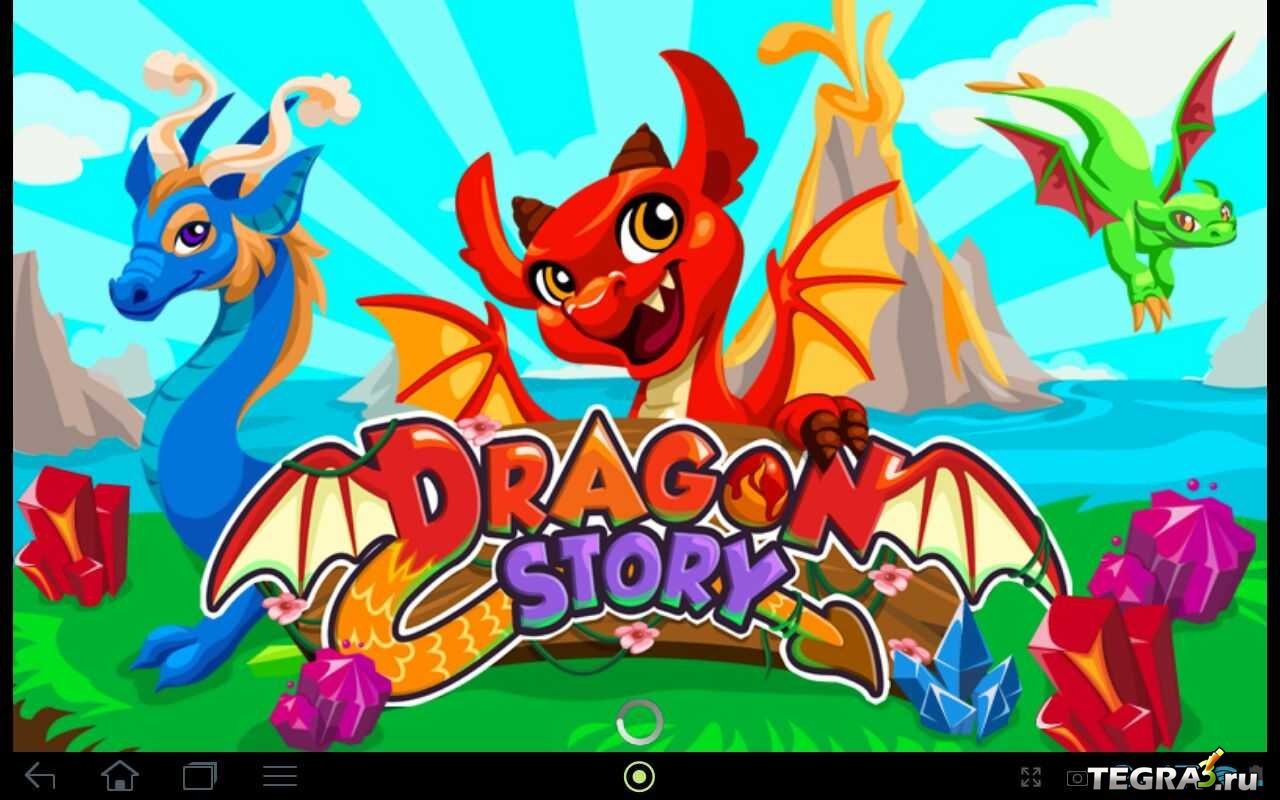 You played through ‘Monster Story’, so now give ‘Dragon Story’ a try! It is a game that plays exactly like ‘Monster Story’ and very similar to ‘Monster Legends’. If dragons are your choice of companion, then look no further. ‘Dragon Story’ allows you to collect and train pet dragons and then watch them grow into huge powerful winged beasts. At the start of the game, you are given a choice of dragons and this will be your pet for the most part. You gain experience points and levels which can then be used to upgrade your dragon.

There are various in game quests and missions you can complete that reward you quite handsomely for your trouble. These rewards are in the form of coins, of which there are two types: one is a basic currency that is quite readily available, but the other is a premium one that is not quite so and requires you to farm some for the later stages of the game. This premium currency can also be bought from the in game store in exchange for cold hard cash, so if you are into those sorts of things, then spend away! However, the amount of premium currency that you receive by completing quests, achievements and weekly events is more than enough for the casual. But if you intend to go hardcore, then that’s totally up to you. 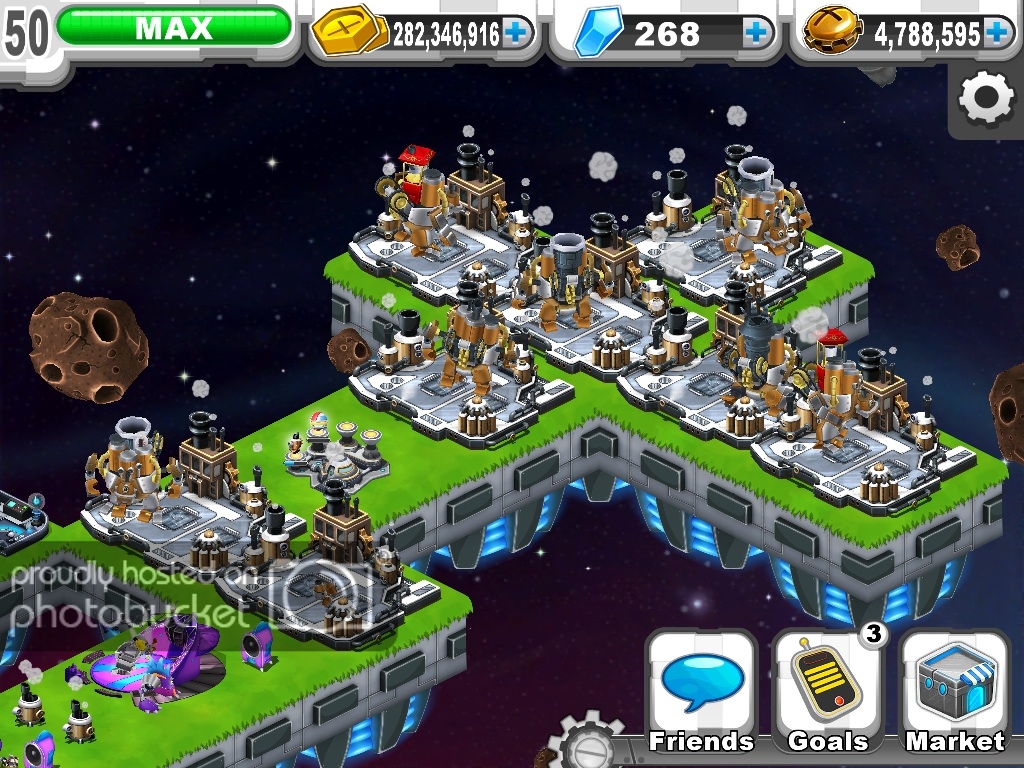 ‘Gizmonauts’ is another collectibles game that you can try out if you liked playing ‘Monster Legends’. It is developed and published by the same people who produced ‘DragonVale’, another popular collectibles game in the genre. Therefore, these guys have quite a bit of experience when it comes to coding such games. However, you do not need to collect monsters or dragons here — this is one for the mechs. Throughout the course of the game, you will get to collect various mechanical robots that will help you in combat against your friends. Similar to all other games in the genre, you start off with seemingly weak characters while unlocking more powerful ones as you progress.

The progression is a level based system where you earn experience points and level up. Higher level characters are matched against similar level players, keeping the combat fair and just. During the course of gameplay, you will also be able to upgrade your own space station. Now the customization options for it are not exactly in-depth but still make for quite an innovative gameplay. These upgrades are quite necessary as you quickly run out of space for your bots. Since the bots grow in size when you add attachments to them, they also require more space within the vessel. They also require servicing from time to time, so keep that in mind as well. If you are tired of raising dragons and monsters over and over again like in ‘Monster Legends’ and ‘DragonVale’, then we highly recommend this one to you. It really is a breath of fresh air in a genre saturated by monsters and dragons. 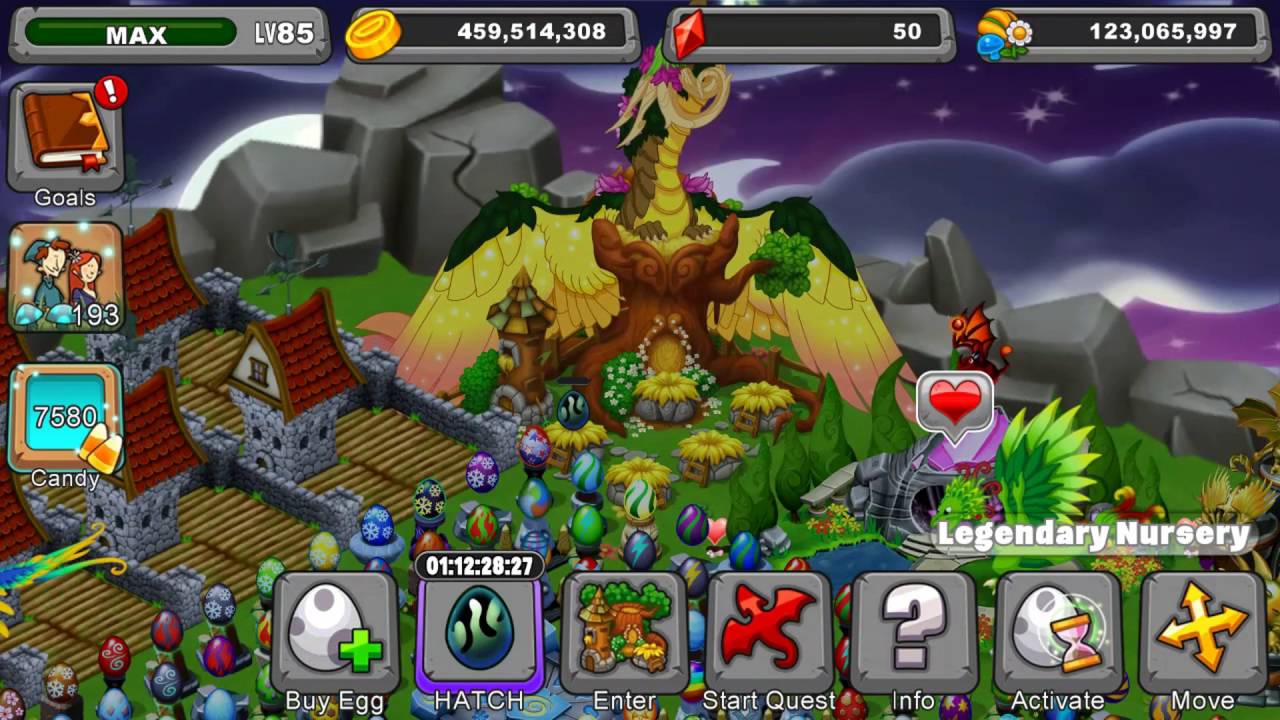 Need more dragons and we got em! ‘DragonVale’ is one of the best dragon monsters collectible games presently available for android and iOS devices. It plays very similar to that of ‘Monster Legends’ but makes it much more accessible for F2P players. The variety of dragons is out of the charts with over 500 for you to collect, so you better get busy immediately! As you progress, you need to upgrade and maintain your dragons accordingly since they require more space and food. You are also able to buy eggs and hatch them in order to collect more dragons and extend your little empire. You can definitely try this one out if you are looking for something similar to ‘Monster Legends’. 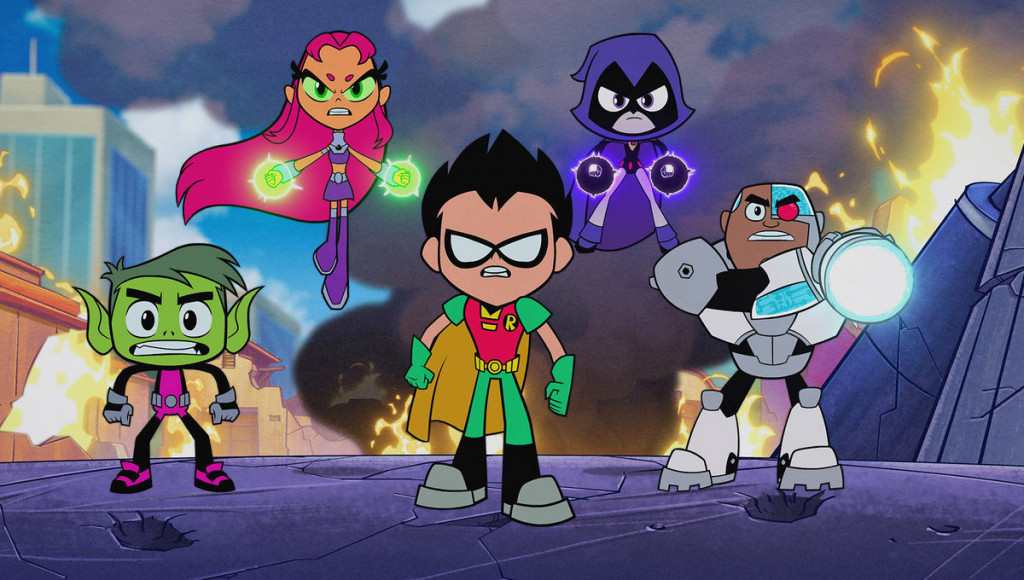 ‘Teen Titans Go’ is a collectibles video game that is set in the world of ‘Teen Titans’, a massively popular cartoon series on Cartoon Network. The cartoon tells the story of five friends with superpowers tying to save the world from bad guys! They have an apartment building that resembles the capital letter ‘T’ and looks like some sort of top secret headquarters. I don’t know why but that building always stuck with me. Anyway, if you are unfamiliar with the cartoon, then you should probably check it out, since it’s really good and also builds the foundations for this game.

‘Teen Titans Go’ is a game that was launched to promote and support the reboot of the new ‘Teen Titans’ cartoon series and it went viral due to the popularity of the same. It allows you to collect over 100 ‘Teen Titans’ characters and then use them in your collection against friends. Once you have a fair collection, you can enter battle online and use your characters to fight against others in a turn based format. However, this is not all. There are several characters that provide a continuous passive bonus to your team if you happen to place them in the same team together. So you always have the incentive to collect even more characters. Presently available on android and iOS, we highly recommend this one to fans of ‘Monster Legends’, mainly due to the unique heroes and the popular setting of the game. 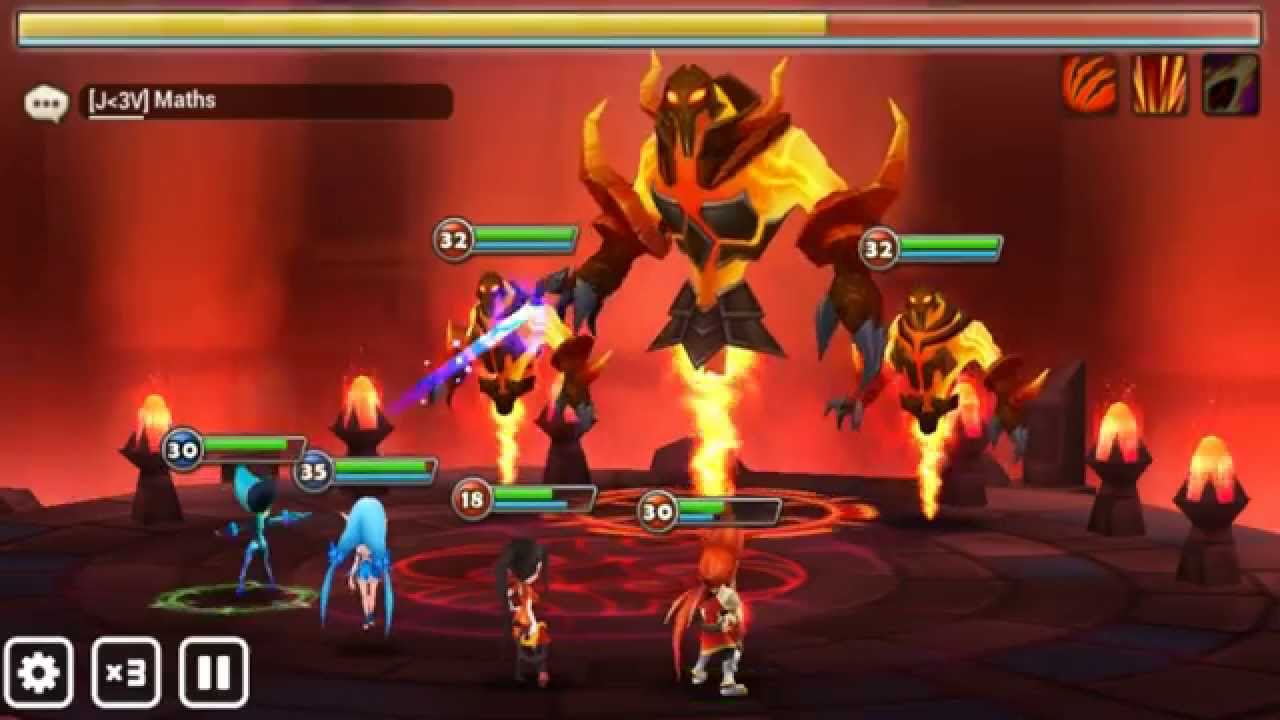 ‘Summoner’s War’ is a massively popular collectibles game developed and published by Com2Us in the year 2014. The main premise of the game is very similar to that of ‘Monster Legends’ but manages to introduce a lot of new mechanics into the mix, making it one of the more polished experiences in this genre. You start off with a few basic characters, each having their special abilities. You need to make a team out of them and then engage in turn based strategic combat against your friends.

As you progress and win games, you earn experience points which can then be spent to acquire new characters or upgrade your existing ones. Some of the in-game items can get really pricey, so a bit of conscious judgment is recommended if you are an F2P player. However, if you plan on spending real money like a lot of players do, then it is possible to recruit the best characters in the game in a very short period of time. But it has become much more player-friendly over the years, so it is definitely possible to progress and be competitive without a dime! We highly recommend this one to players who liked playing Monster Legends’, mainly due to its popularity and huge player base.