The original ‘PlanetSide’ and ‘PlanetSide 2’ were true trailblazers in the gaming industry. ‘PlanetSide’ redefined combined arms FPS games with its unique brand of asymmetric land and air warfare gameplay. However, what truly made ‘PlanetSide’ special was the game’s scale. As opposed to the traditional player caps of a few dozen players, battles in ‘PlanetSide’ involved hundreds of participants. ‘PlanetSide 2’ took things up ten more notches by allowing for gargantuan 2000 player battles on a giant continent.

However, ‘PlanetSide 2’ is now fast approaching the 7th anniversary of its release, and player counts have dwindled away over the past few years. Although officially announced recently, ‘PlanetSide 3’ has yet to begin development and it will be a few years before any of us gets our hands on it. In the meantime, here are five other similar games that will satisfy your ‘PlanetSide’ itch. You can play these games like PlanetSide on PS4, Xbox One, Xbox 360, PC, iPhone, Android, mac or even online. 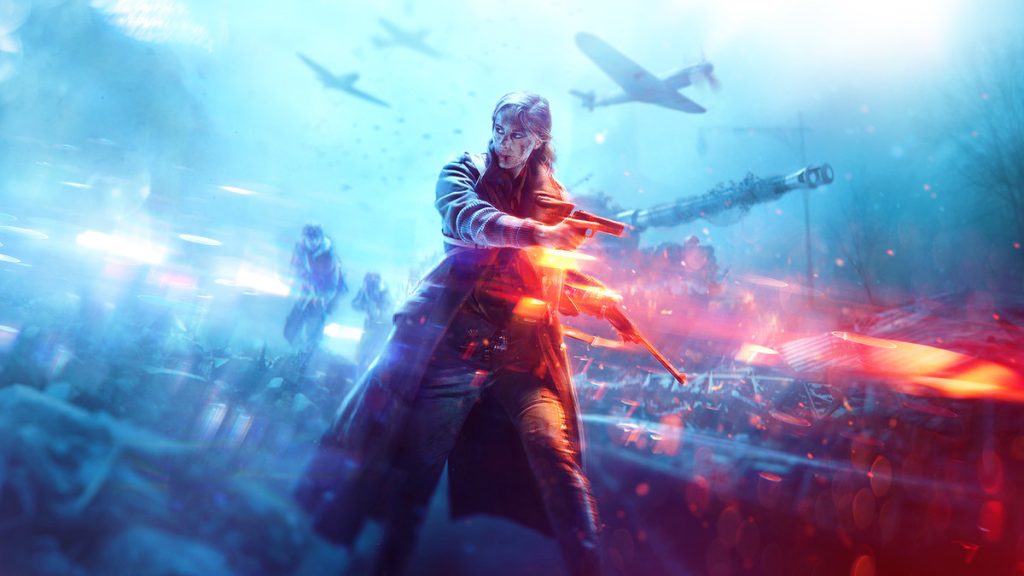 Developed by legendary Swedish video game developer EA DICE, ‘Battlefield V’ is the sixteenth chapter in the venerated Battlefield franchise. Set during the height of World War II, ‘Battlefield V’ is a first person shooter best known for its unparalleled combined arms gameplay, adrenaline fueled, all action single player campaigns and benchmark setting graphical fidelity. The game features three distinct game modes, including the signature single player campaign which puts in the shoes of different men and women from different countries united in their struggle against the Axis powers.

However, as great as the campaign is, the multiplayer mode is the meat and potatoes of any modern Battlefield game, and it is as great as ever in ‘Battlefield V’. You get to choose your class and your weapons of preference and pit yourself against in massive 128 player combined arms battles. This makes ‘Battlefield V’ one of the few games not named ‘PlanetSide 2’ that could give you an authentic battlefield experience. You could bring an armored tank into battle, or engage the enemy aircraft in air superiority battles, or simply just storm a strategic outpost on the ground with your fellow soldiers, gun in hand.

One thing is for certain – ‘Battlefield V’ truly earns its name. The third game mode on offer is a four player cooperative campaign with missions such as capturing objectives, assassinating targets and more. ‘Battlefield V’ released in November of last year for PC, PlayStation 4 and Xbox One. 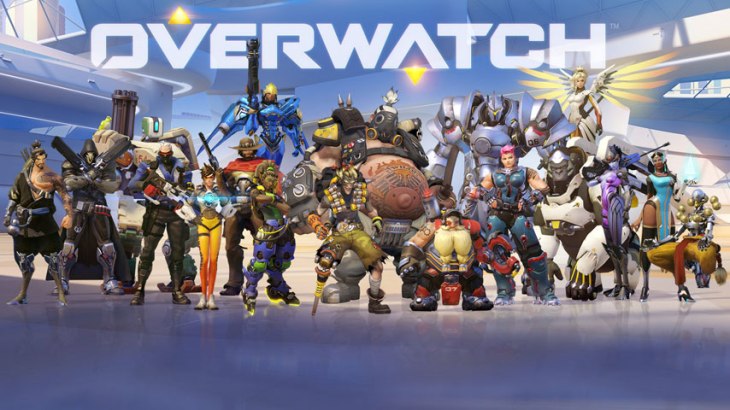 ‘Overwatch’ release back in 2016 amidst ridiculous hype, being Blizzard Entertainment’s first new IP release in a very long time. It is a team based multiplayer first person shooter, also colloquially known as a “hero shooter”. ‘Overwatch’ pits squads of six players each against each other in an asymmetric attack vs defense game mode. One team is tasked with escorting a payload across the map, while the other team must stop them.

The game’s principal identity comes from its hero characters, of which there are 31 unique ones to choose from. While each hero character has its own set of unique weapons, armor, abilities and playstyles, they can all be broadly classified into three groups. Tank characters have high health pools and defensive abilities to soak as much damage as possible. Damage characters are focused on high impact killing shots and abilities that facilitate a better offense.

Lastly, support characters generally fulfill the supplemental, but crucial role of healing their allies and providing them with various buffs and benefits. This makes every game of ‘Overwatch’ an extremely strategic affair, as teamwork becomes key to achieve victory. Blizzard also recently announced an upcoming ‘Overwatch 2’ game that will merge its multiplayer mode with the current ‘Overwatch’ player base, so now might be the perfect time to delve into the game. ‘Overwatch’ is available to play on PC, PlayStation 4, Xbox One and Nintendo Switch.

Perhaps the single most recognizable name in gaming, this year’s Call of Duty is going back to its roots. Developed by Infinity Ward and published by the gaming behemoth that is Activision, ‘Call of Duty: Modern Warfare’ is a first person shooter that sends you to the fictional country of Urzikstan. You play as a number of American CIA officers and British SAS soldiers in battle against some particularly evil Russians (yes, again).

Notably, the campaign storyline also marks of the famous Captain Price from the ‘Modern Warfare’ series of Call of Duty games. The satisfying boots on ground gameplay of the Call of Duties of old also makes a comeback, but this time the player cap has been bumped up to 4. Other new changes are cross-platform multiplayer support, a cooperative horde mode called Special Ops and the removal of microtransactions/lootboxes. After years of stagnancy, ‘Call of Duty: Modern Warfare’ is something of a return to form for the venerated franchise.

‘Call of Duty: Modern Warfare’ can be played on PC, PlayStation 4 and Xbox One. 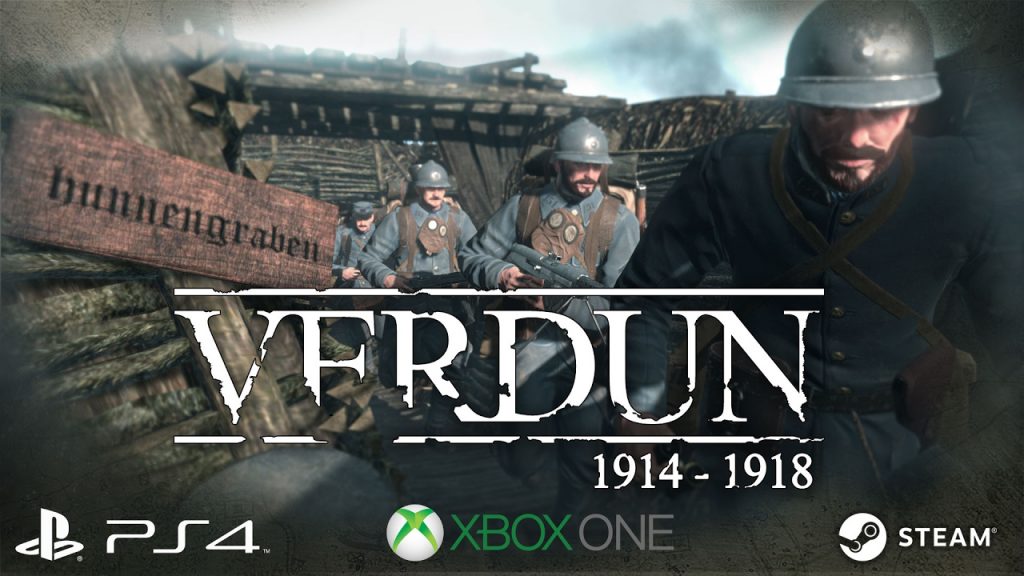 If you enjoy the setting of games like ‘Call of Duty: Modern Warfare’ and ‘Battlefield V’, but long for a more hardcore and realistic experience, ‘Verdun’ might be game for you. Developed by M2H and Blackmill Games, ‘Verdun’ is a competitive first person shooter that takes you back to the Great War (World War I) and the realities of trench warfare. Since a single bullet is enough to kill you, strategy and patience become important virtues in ‘Verdun’. Your character moves slower, the guns suffer from more recoil, battlefield visibility is often very low, and the asymmetric game modes make teamwork and sound military strategy a requirement for victory. Similar to ‘Battlefield V’, ‘Verdun’ can host up to 64 players in a single game. However, unlike ‘Battlefield V’ this game has no single player campaign.

‘Verdun’ is available to play on PC, macOS, PlayStation 4 and Xbox One. 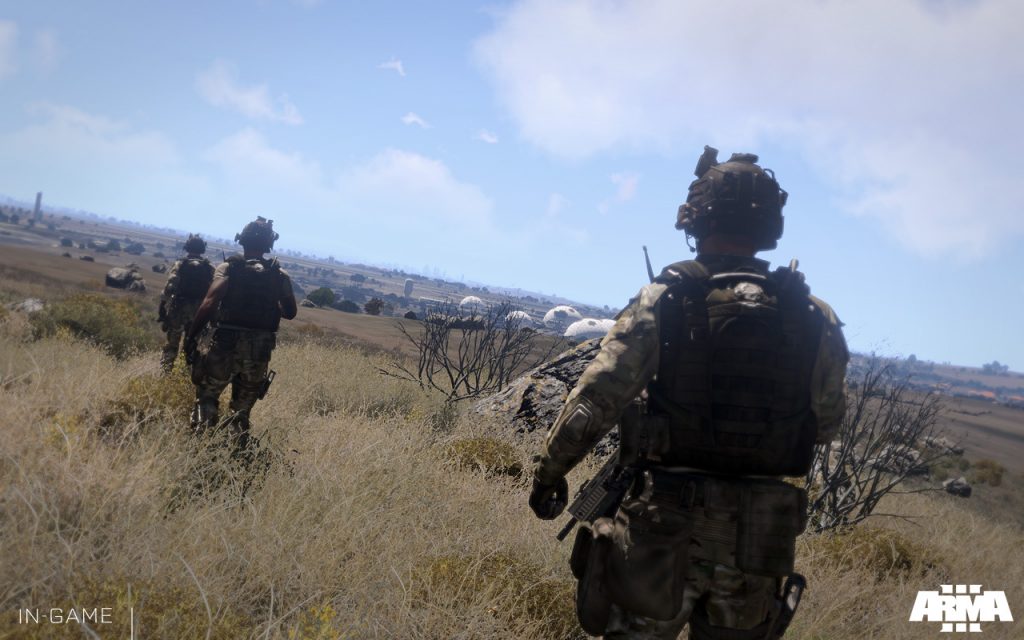 When it comes to military realism and simulation, nothing comes close to the Arma series. Released way back in 2013, Bohemia Interactive’s ‘Arma 3’ is still going strong after all these years. ‘Arma 3’ is an open world military tactical shooter that is set in the fictional islands of Altis and Stratis in the Aegean Sea. To get an idea of the size of the ‘Arma 3’ game world, it is estimated to cover an area of nearly 300 square kilometers. The single player campaign sees you take on the role of U.S Army Corporal Ben Kerry, on the island as part of NATO peacekeeping force.

However, before long you find yourself in an all out war between the two different competing factions – a fictionalized version of NATO and the Canton Protocol Strategic Alliance Treaty (CSAT). However, the most popular modes in ‘Arma 3’ are multiplayer, and there a lot of them indeed.

The standard multiplayer FPS fare of Team Deathmatch, Capture the Flag and Co-op missions is all there, but the real fun comes from the game’s extensive modding and server customization support. This allows users to create entirely unique game modes and missions on their own and share it with the rest of the community. Ultimately, the game’s fantastic modding community is the secret behind its incredible longevity.