10 Games You Must Play if You Love ‘Pokemon’ 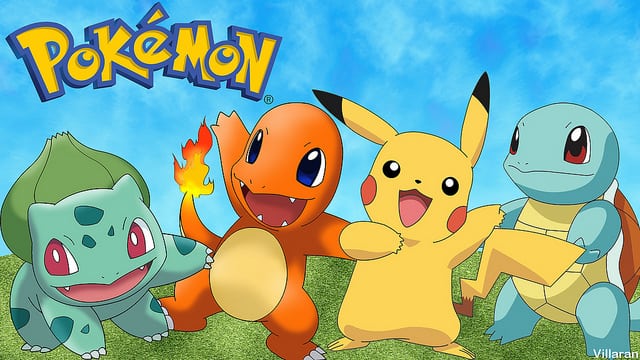 Ah, Pokemon. Almost every 90’s kid remembers Pokemon which brings a lot of memories. From initially watching Pokemon episodes on television to collecting and dealing with Pokemon cards to all kids soon turning to playing Pokemon video games like on Game Boy, Pokemon games have come a long way. The Pokemon games simply are one of the best RPGs (role-playing video games) we all have come across.

The beauty of the Pokemon video games is that it can appeal to any generation who is into playing adventure-like augmented reality animal fantasy games. Ask any generation what their favorite Pokemon is and you will definitely get a variety of answers. Hats off to Nintendo for doing a wonderful job with publishing the Pokemon media franchise. Some of the best games Pokemon offered are the first three generations of handheld games which were available on Game Boy, Game Boy Color and Game Boy Advance. Since then, the Pokemon video games have been made available on so many platforms like Android, Arcade, iOS, Nintendo 3DS, Nintendo 64, Nintendo DS, Wii and Wii U. If you gotten bored with Pokeman, here is the list of video games similar to Pokeman that are our recommendations. You can play these games like Pokemon on mac, PlayStation 4, Xbox 360, Xbox One and even online. 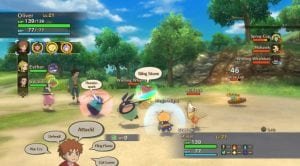 This game puts the player in the role of a young boy who embarks on a journey in order to bring back his mother from a parallel world called Ni No Kuni and stop the beckoning evil. Here, the game allows us to gain allies, control and train a set of monsters and improve the trainer’s skills. Story-wise, the game is different from that of a Pokemon game. This game makes use of several magic elements, allowing players to use magical abilities during gameplays as well as creatures. What this game’s trait is that it combines the monster-training aspect with some incredible animation and music. Overall, the game is fascinating, challenging, slow-paced and aggressively colorful. 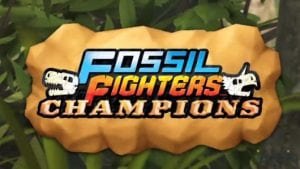 A sequel to the original Fossil Fighters, this game asks us to choose from a boy or girl to fill in the shoes of a young aspiring fossil fighter. What makes this game so unique is that instead of digging up fossils, putting them up together and making it look like a dinosaur, we can use the fossils for battle! In this, we have to locate fossils by either buying it from a shop or digging up from a specified location indicated by a sonar and carefully clean it up using the tools provided. The battles are strategic and success relies on becoming familiar with each dinosaur’s strengths and weaknesses. This gaming experience is quite different from that of Pokemon. Also, this game allows us to name our dinosaur and raise it (How cool is that?!). Simply putting it, this game is charming, fresh, original and not just another rip-off of Pokemon. 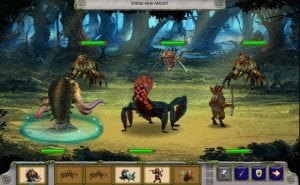 This is a free to play browser-based strategy game which lets players to capture, train and battle their very own horde of monsters. There are 130+ monsters to capture and train from. This game offers many different regions to battle from. From how you train the fast and unique monsters to how to deploy them onto the battlefield, every decision of the player matters which offers them an unforgettable strategy experience. Although the graphics are of 2D, this game is complimented by a lot of intricate nice details and animations. What makes this game so impressive is the artwork which is a medieval-like setting in general. It provides a sensible amount of micro-managing details offering a variety of tasks to control and take part into. Overall, it is an addictive and engaging in all aspects.

As the name suggests, this game is more about battles and conquering new monsters. Here the player has to compete with several serious fighters in order to test their strength by capturing and taming the monsters that dwell within. This game has a very crisp pixel-style that is visually appealing. The monsters themselves appear to be very visually unique. It definitely draws many similar parallels with Pokemon due to its graphical interface and gameplay. The audio for this game works as well with its slow tempo, soft instruments and its smooth tunes. This game is a whole lot of fun as we can battle with friends and trade monsters and win new monsters. This is a really cool online multiplayer RPG genre. 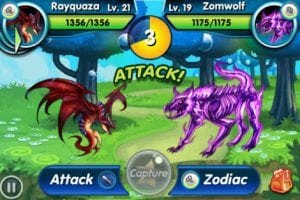 This game takes place in a fantastical world where the players will be available to capture and train a variety of magical creatures called Mogas. The mission is to defeat a tyrannical ruler called King Otho who has his own personal army to tame the Mogas. In this adventure, players have to cross the Zodiac Islands (about fourteen of them) to get the Othos’ castle and knock his crown off the throne. The visual settings of the game are quite similar to that of Pokemon. There are many unique quests that the players have to complete in order to move further into the game. What makes this game so appealing is its humour. Another plus point of this game is that the smartphone app has an Energy button (represented by a lighting icon)that can be replenished or gained by 1 for every 4 or 5 minutes and has a maximum of 100. Its graphics and artwork will remind every gamer of those computer internet flashy games. Highly recommend that you give this a try. 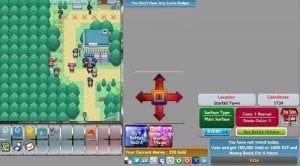 This free online game allows you to play just like any regular Pokemon game. There are about 83 completely different maps where players can hunt for monsters of varying colors, shapes and sizes so as to add to their collection. Players can then progress throughout the game by island to island. It also has a trading system that can be used to buy and sell branches of merchandise such as game-sold items and player-sold items so as to improve our existing monsters and help us evolve into a better trainer. Selling and trading of monsters is also possible in this. Its PvP feature is a very in-depth matter because of all the fun variables that takes place in each and every battle. The game also offers a lot of customization options such as user avatars and overworld spirits. Whether you’re a hardcore or solo or a competitive player, you should definitely check out this game. 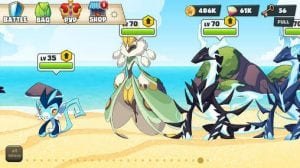 This game takes more of a Mortal Kombat base approach and a training formula of Pokemon. Here, players will have access to a map where combat missions can be accessed from. A successful combat mission will reward a players with special items which its users can obtain to improve their existing monsters. Its special feature is that the monsters named Minos can be evolved into epic forms.  A more of a touch-controlled turn-based RPG, it regularly has PvP tournaments and also has weekly special events featuring new monsters. The graphics and animations are vivid and colourful in HD. Its adorable art style makes the game so appealing. The gameplay is simple and addictive. Although it sounds easy, it definitely gets tougher as you progress to the higher levels. If you want to fill your void for Pokemon, this is the game to go. 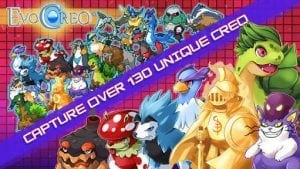 Another RPG, this game evokes the same feelings of that of an original Pokemon game. Its story line takes place in the world of Zenith, a world populated with monsters called Creos. As the game opens, you find out that his father, a legendary Evoker has been missing for days after investigating an organisation called Shadow Hive which are known for kidnapping people. You then have to travel the world looking for clues on the whereabouts of your father while also trying to live up to his legacy. Here, the players have to compete in arenas and defeat champions and capture and train up to 130 different Creo and uncover a fair amount of secrets. It’s a handheld-quality adventure which boasts of dozen of hours of gameplay. The graphics are 2-D which makes it look serviceable and nostalgic. Though EvoCreo is a fun game, its varying similarities with Pokemon in terms of formats and story lines make it almost another copy of Pokemon. 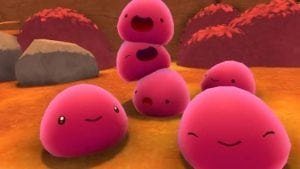 This game which released a year back came out of nowhere. Unlike the other monster RPGs, this one had no marketing campaign and no secret announcement either. It’s more of an indie game. The world of Slime Rancher has such a beautiful slimy feel about it. It’s full of goopy slimes and their magic poop. The concept of this game is pretty simple: Explore outside your ranch, capture slimes, bring them back and tend to them. And here’s the funny thing: feeding these slimes makes them poop some crystalline currency called ‘plorts’ which can be used to build up your farm. It’s that simple. The beauty of the game is that unlike the others, it avoids so many complexities like the pressures of performance anxiety. This game is messy and allows us be imperfect. Overall, this game is more of a stress buster not to be taken so seriously which is why playing it once a while can be quite refreshing. 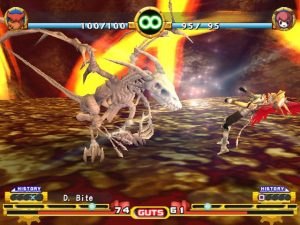 This game came around the same time as that of Pokemon and Digimon. A very popular PS2 game which many gamers will remember, it’s quite a lot of fun. There are like hundreds of monsters to choose from here. In this game, the players don’t collect monsters like that of Pokemon like some sadistic animal hoarder. With your monster, you can do almost ANYTHING you want with them like going to town with it, feed it, train it, getting to know the unique personality  of your monster which carries human-like emotions like laughing and crying. It has a different dynamic as compared to that of the other Pokemon games which is why you must try this.