12 Games You Should Try If You Love ‘Skyrim’ 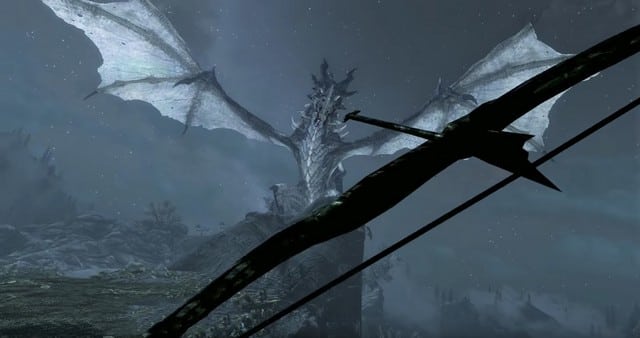 The Elder Scrolls: Skyrim is by no means a perfect game, but no one can deny that it helped shape some of the best open-world RPGs that came after it. The vast and beautiful world, the great character design and the brilliant lore made the game what it is. It is normal for a Skyrim fan to experience withdrawal even after putting in thousands of hours into the game, but we can help you with that. Here is the list of video games similar to Skyrim that are our recommendations. You can find these games like Skyrim for PS4, mac, android, Xbox 360, Xbox One, iphone and even online. 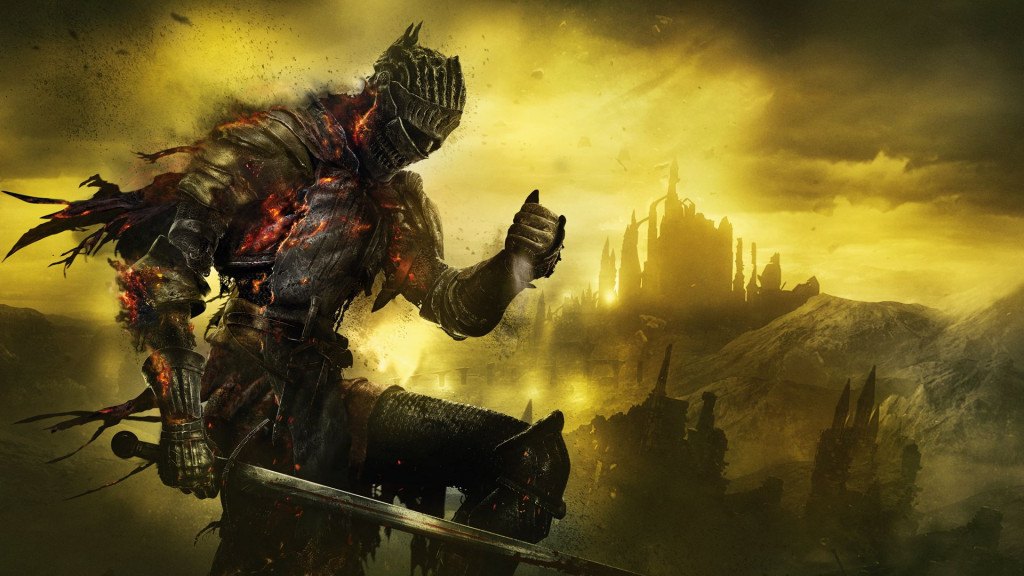 The Dark Souls franchise as a whole is notorious for its difficulty and yet, it manages to draw millions of players due to its inexplicable charm. Dark Souls III offers medieval combat mechanics and infusions that can heavily impact your gameplay. Unlike Skyrim, where the lore is presented to you as you keep exploring Dark Souls is far more cryptic with its storytelling. This does not mean that the storytelling is any less intriguing, it’s just not presented too easily, and you really need to put your time into the game to fully grasp what’s going on. The combat is slow and methodical, and one wrong move can pull up the “You Died” menu on-screen. The game isn’t your average RPG as it requires you to be focused and learn enemy movement patterns to get the upper hand and do not be disappointed. 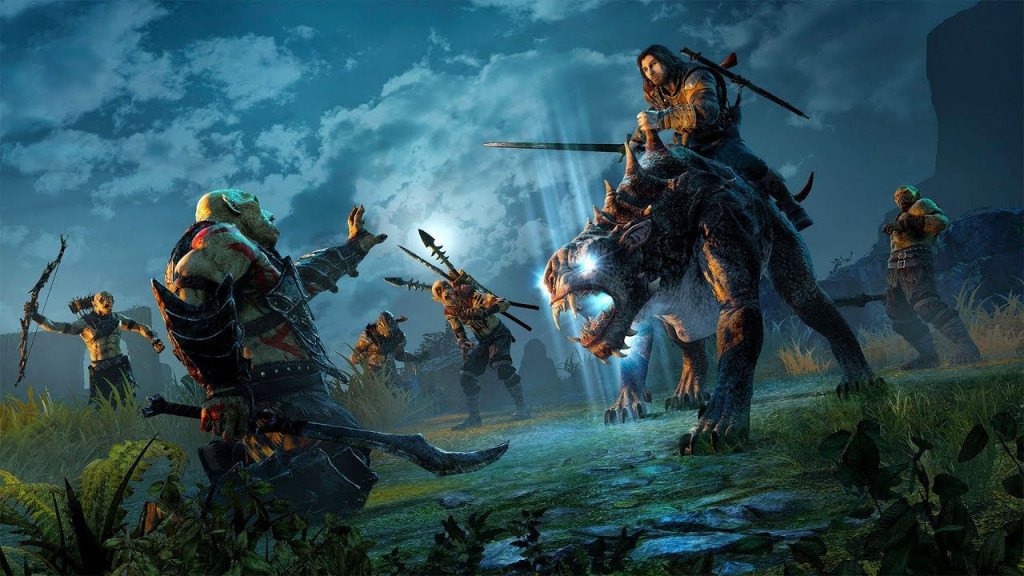 If you are a Lord of The Rings fan and want to delve deeper into the franchise, you should check the Middle Earth series out. While you could start with Middle of Earth: Shadow of Mordor which is regarded by many as the better title, but it isn’t entirely necessary. Shadow of War was an unfortunate release in 2017 as the developers implemented pay-to-win mechanics. Despite the game being an amazing RPG, its reputation was marred due to poor decisions made by Monolith Studios. However, the studio did make amends, and the game was re-balanced with all unfair mechanics removed. In its current state, it is a must-try for any LOTR fan and also any Skyrim fan who wants to try out a new RPG. You get to play as Tallion, a ranger who also happens to be harboring the spirit of Celebrimbor. When it comes to gameplay, the mechanics are very similar to Shadow of Mordor, but the use of the Nemesis engine makes things much more engaging. If you are a fan of the movies or games, you will recognize a number of characters shown in-game and it is truly an experience you don’t want to miss out on. 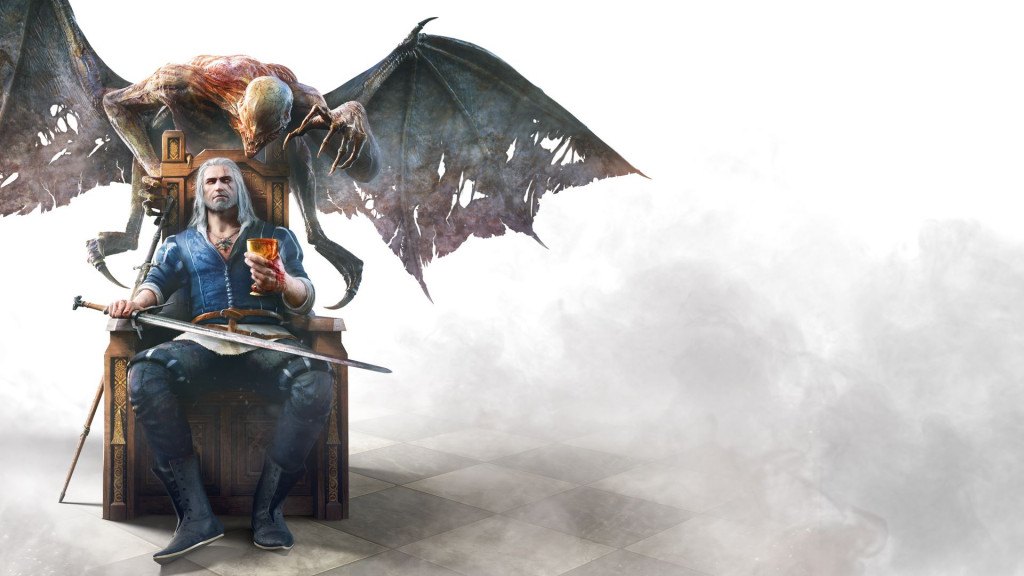 If you thought Skyrim raised the bar for RPG games, Witcher 3 met every expectation any RPG fan could have and set the bar even higher. While the game is not without its flaws, including a less than perfect combat system and an unwelcoming storyline for fans who are have not played the previous franchise you would easily forgive its flaws after playing the game for a while. The beautiful interactions with NPCs, the amazing environment and music make the game nothing short of a masterpiece. Every little conversation you have with important characters adds up in the end and affects how they feel about you, so you need to be very careful with how you interact with anyone you meet in-game.It is easily one of the best games ever made, and it earned CDPR the reputation of being one of the best development studios in the industry right now. Once you are done with the main storyline, you also have two amazing expansions – Blood & Wine and Hearts of Stone, which are better than many standalone games that came out in the past few years. 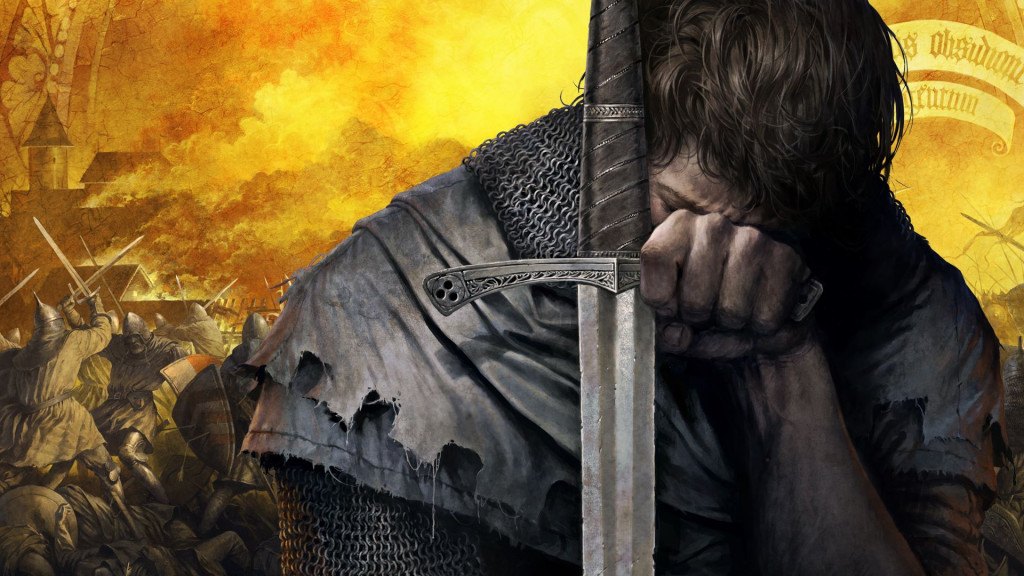 Set in the 15th Century, Kingdom Come: Deliverance was an ambitious project that failed to get the launch it needed due to technical issues. The game required several patches until it was playable from start to end without any major bugs affecting players and it took away from the beauty that lies beneath. I tried the game out after a few patches, and I was stunned to see how far the game has come since its launch. You get to play as Henry, a simple blacksmith’s son whose family is massacred by the Sigismund of Luxembourg’s army and all you get to do is watch helplessly. Fueled by vengeance, it is up to you to brave bloodshed and sacrifice to seek justice in a world of chaos. It is an extremely immersive RPG where your actions truly matter and affect the world around you. 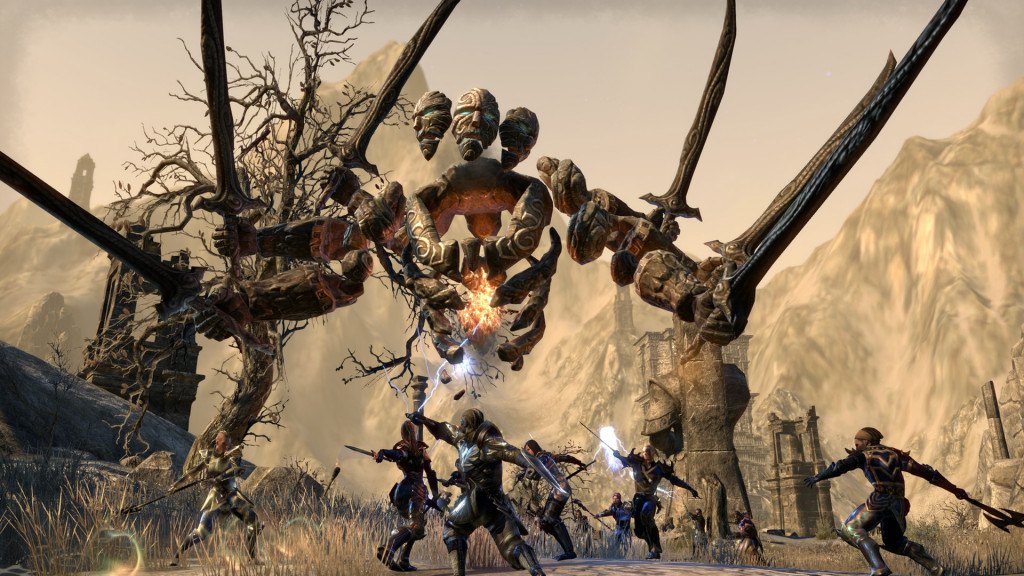 If you loved what the Elder Scrolls franchise had to offer through Skyrim and wanted to take your experience online, you actually can do so. The game offers the same amount of adventure but on a larger scale and the best part is the game world keeps on expanding with new locations and items. Player choice is a major factor in the game, and you can build your character the way you want based on your playstyle preferences. There are PVP campaigns as well as a ton of PvE content for you to explore in-game. 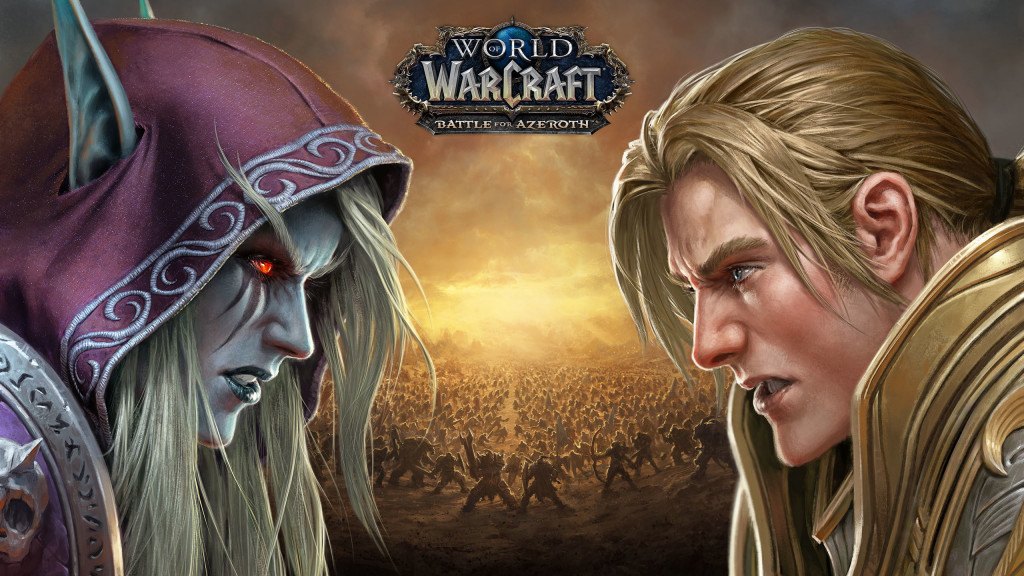 World of Warcraft popularized the MMORPG genre and it has maintained its status of being one of the most played games for over a decade. There are fans who have clocked thousands of hours in the game, and regular expansions keep adding new content to ensure fans never get bored. When it comes to lore, it’s very hard to reach the benchmark set by the Warcraft universe as it simply has been around for far too long. The Warcraft universe came to being when Blizzard launched the first RTS Warcraft title and even though the franchise has expanded to games like Hearthstone, a number of novels and even a Hollywood movie. However, World of Warcraft is where the major chunk of lore lies, and if you love RPG games, you should definitely not miss out on WoW. 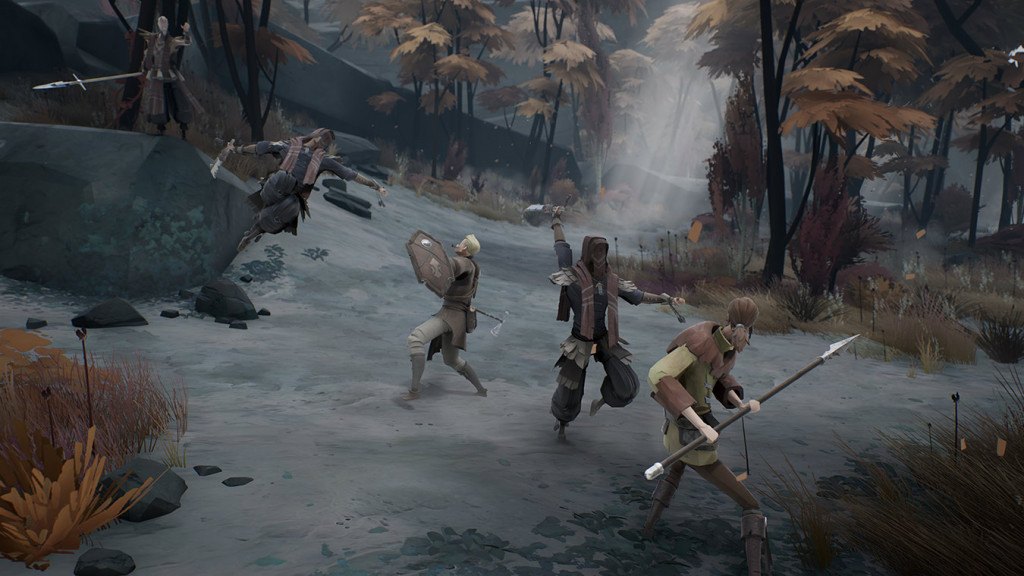 Ashen takes inspiration from the classic RPGs and Dark Souls. The game does not shy away from its identity as a “Souls-like” game even with its name and mechanics. If you are a Skyrim fan but just aren’t ready enough to delve into unforgiving games like Bloodborne and Dark Souls, Ashen might be a great stepping stone. The captivating open world combined with the beautiful art style will drag you int immediately. The best part is you can also play the game with a friend and take on all of the challenges that the game has to offer. Even though it is a heavily inspired game, it does innovate and has its own identity. The game throws bits and pieces of the lore at you, and it is up to you to understand how to win the war against darkness. 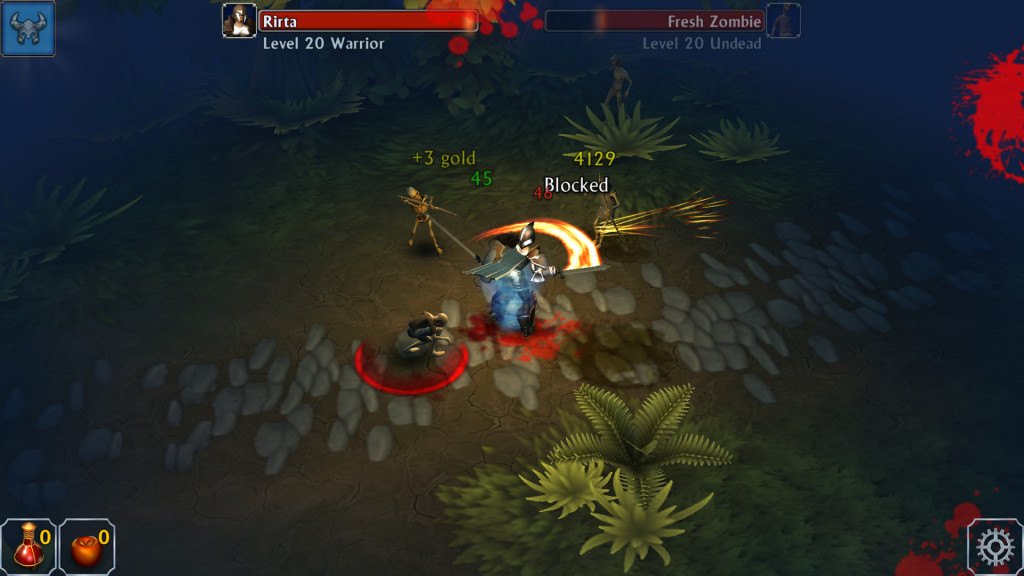 We finally have a title that you can try out on your mobile devices in case you want to put in hours into a great RPG but don’t have the time to play on a PC or console. Eternium allows you to be a mage, a bounty hunter or a warrior and set off on an adventure to take down monsters in a very well-designed world. There are three major locations that you can explore, and each of the locations has its own distinct character. The game also has an incredibly fun Trials of Valor game mode that procedurally generates tile-sets to play to make things fairly challenging. You can also play the game offline and do not need to be connected to the internet to get the full experience which is perfect for mobile users with limited data plans. 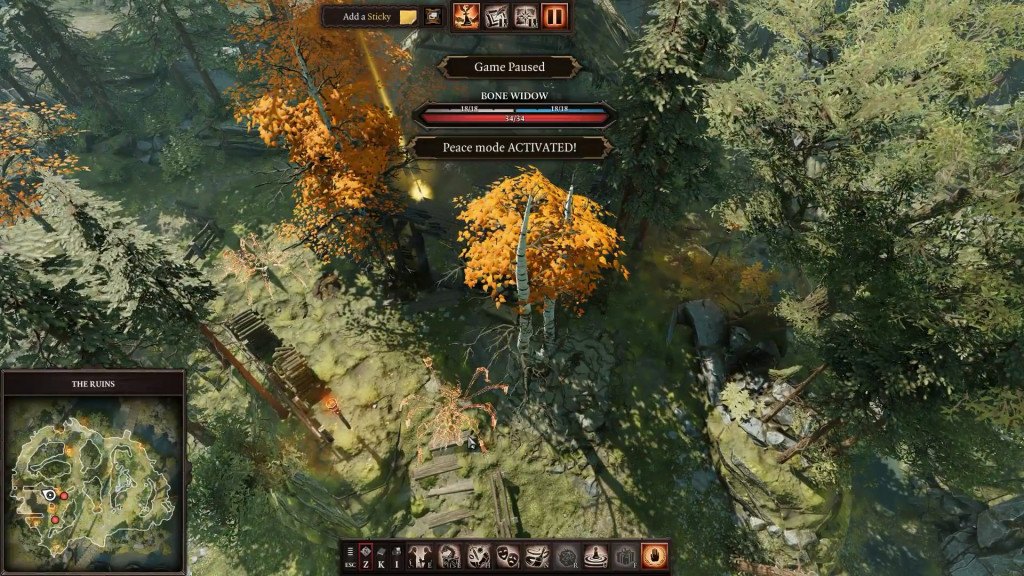 Divinity: Original Sin was hailed by many as a true tribute to tabletop RPG games that many of us grew up playing. Divinity 2 raised the bar even higher by making a number of great gameplay changes that improved player experience. Equipment upgrades, enchantments, and player choices are core to the game, and the game is a constant learning experience. One of the biggest problems plaguing modern RPGs is the number of redundant side quests. The game definitely does not disappoint on that front as the side-quests are absolutely worth doing for the extra loot, the deep storylines and engaging conversations you have with other characters along the way. You can either play with friends or AI-controlled party members, and even after sinking in hundreds of hours into the game, you will still want to come back for more. 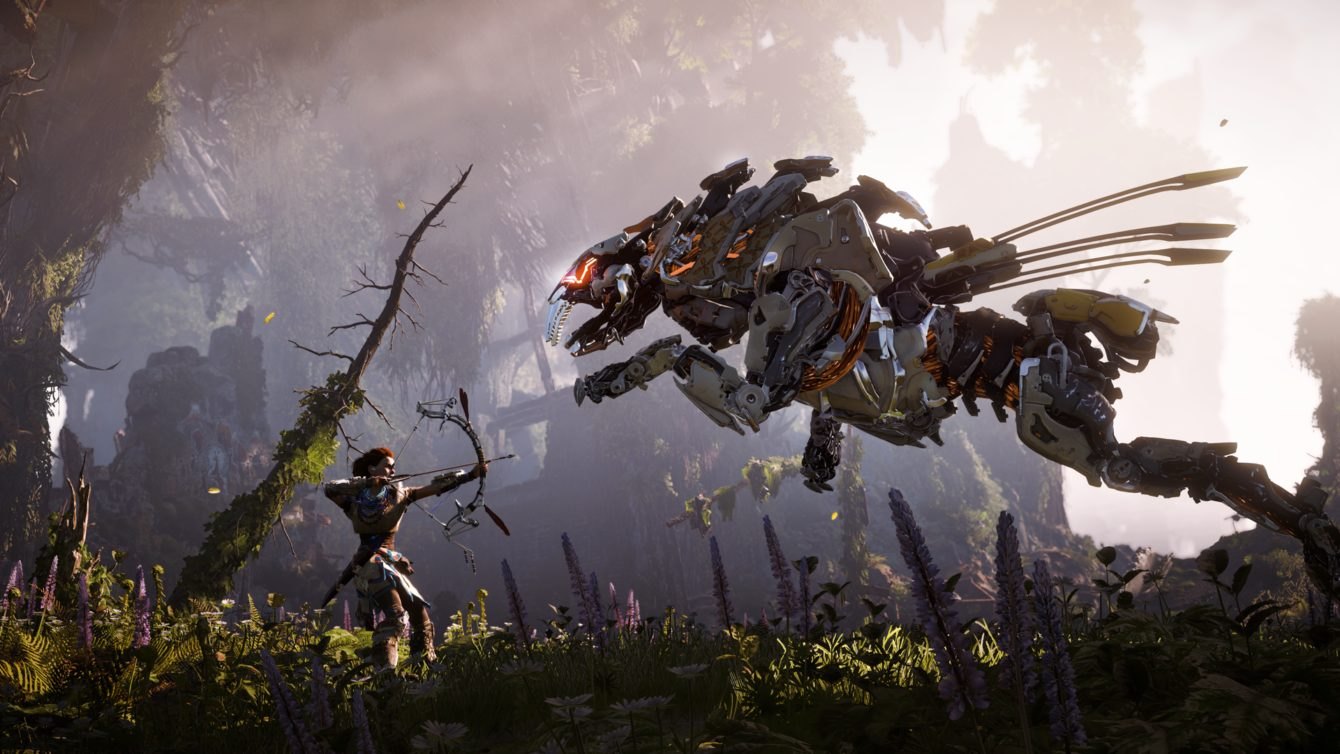 Horizon Zero Dawn is a third-person RPG for PS4 that made headlines in the gaming industry overnight. Guerrilla Games is a studio that was never into making RPGS. In fact, it is a studio known for its Killzone franchise, a series of shooters that were fairly good but also quite linear in nature and other shooters like Call of Duty of Battlefield stole all the headlines. When Horizon Zero Dawn dropped, no one expected it to be the game that it is. From the beautifully designed enemies to the sunning hyper-realistic world that you will love exploring, it is a game that is crafted with love. Despite the game’s repetitive side quests (which is possibly the only major flaw) it is a title that every RPG fan should play. The storytelling is fantastic, and while it might not have the rich and deep lore of Skyrim, it is definitely a captivating tale of a young girl who overcomes hardships and hatred to become the savior of her people. 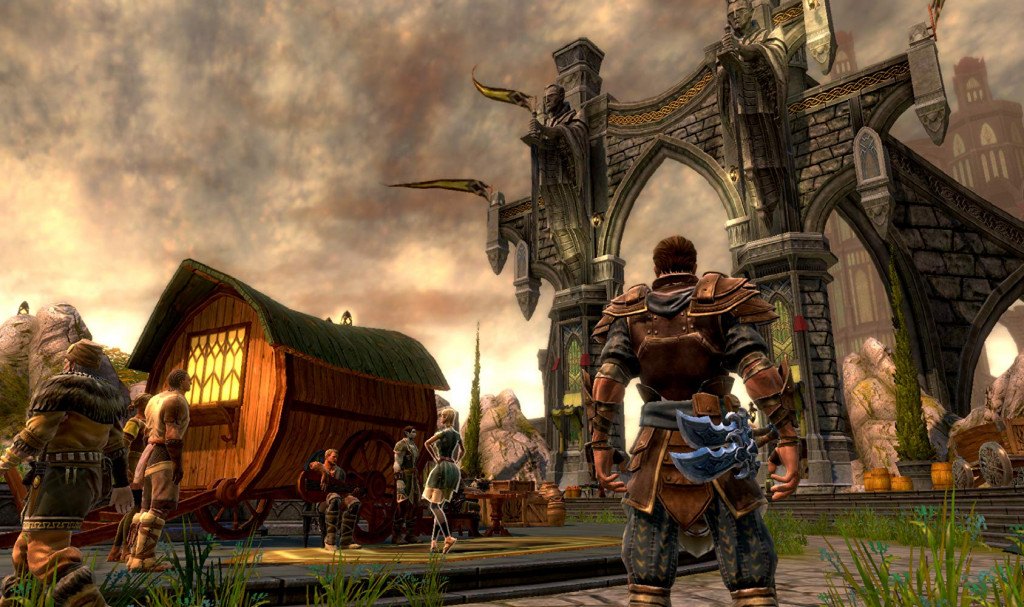 Kingdoms of Amalur is one of gaming’s biggest tragedies. Despite crafting what is considered to be one of the best games we’ve seen this decade, the developers went bankrupt. While playing through the game, you will notice how much care was put into the game from the character design to how the heroes are balanced. Customization is one of the best features of the game, and each class can have over 20 unique abilities to choose from to suit your playstyle. The combat system relies heavily on countering attacks, a mechanic that’s present in so many games and yet so easily forgotten. Your actions can have severe consequences on the game world, and it is up to you to choose who you want to be in the storyline. The beautiful environments and brilliant sound design feel just as stunning as it did when I played it for the first time years ago. The game is bound to have a lasting appeal on anyone who completes it and if you missed out on it when it came out on PC, PS3 and Xbox 360 you should definitely pick a copy up and try the game out. 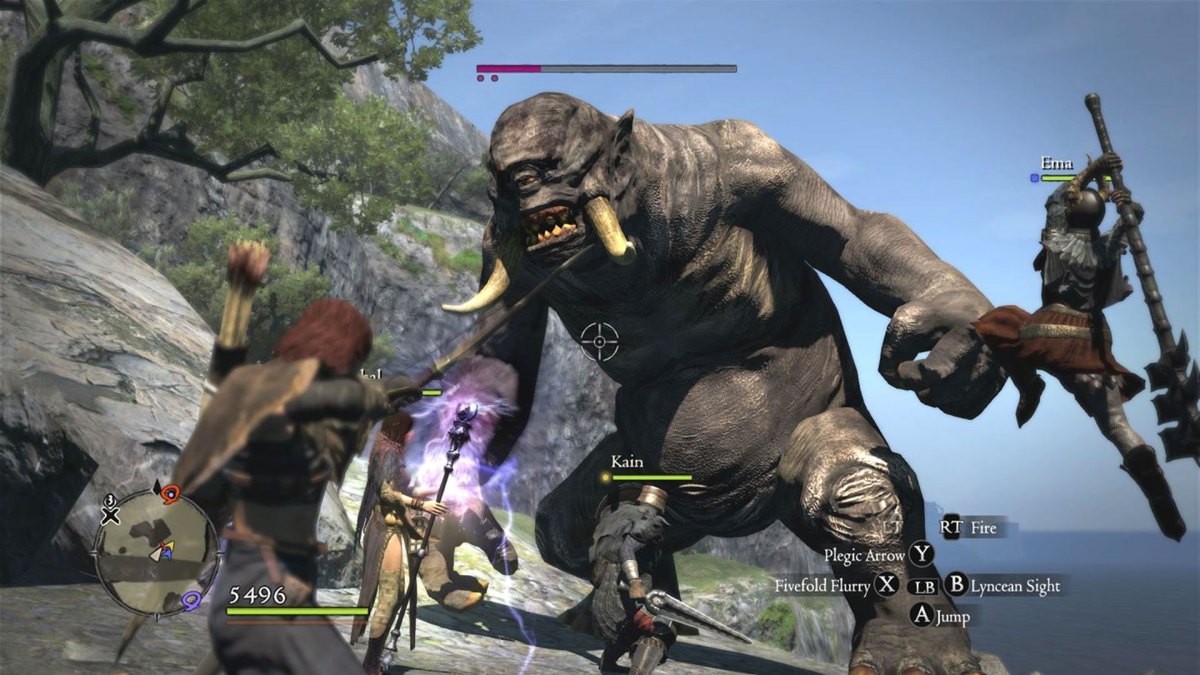 Dragon’s Dogma is an action RPG that needs no introduction for hardcore roleplaying game enthusiasts. Even for its time, it was by no means a visually stunning game, and its sound design was above average at best. Where the game did shine was its gameplay, presentation and the tremendous lasting appeal it had on RPG lovers. You need to see yourself through to the end of the game if you want to see what the game is hiding from plain sight. The fantasy open-world setting that is so overused these days felt so innovative when it came out, and you could explore the world at your leisure. There were various factions to choose from with each of them offering unique combat mechanics that add a lot of variety to the gameplay. The game is purely single player, and you need to play with AI-controlled teammates. The game is one of Capcom’s finest and even though we love the studio for pushing out games like Resident Evil 2, Devil May Cry 5 and Monster Hunter World, we also wish they put out more old-school open world RPGs for the fans.