17 Games You Must Play if You Love Slither.IO

Slither.IO is a solid casual game that tests your concentration skills and your ability to work under pressure. While there are hundreds of similar games out there, Slither.IO is one of the best of its kind because of the brilliant soundtrack and art style. There are millions of players online, so finding a game versus using the random matchmaker barely takes seconds. You start off as a small organism, and your goal is to get bigger by consuming smaller enemies on screen while avoiding the big guys. You can play the game endlessly, and you will not be bored with the smooth gameplay that it has to offer.

The developers kept the graphics of the game pretty simple and yet, its visuals add a special charm. If you are a fan of Slither.IO and want to check out some similar games from the genre, we strongly recommend checking the following games out. Here is the list of video games similar to Slither.IO that are our recommendations. You can play these games like Slither.IO on PS4, Xbox One, Xbox 360, PC, iPhone, Android, mac or even online.

There is a lot in common with Slither.IO and Dogar, including the map designs and the gameplay. However, Dogar has its own unique visual style that sets it apart from other games of the genre. You can move freely in any direction, and things can get real frantic if you are not fast enough. The multiplayer aspect of it makes things quite competitive among players. 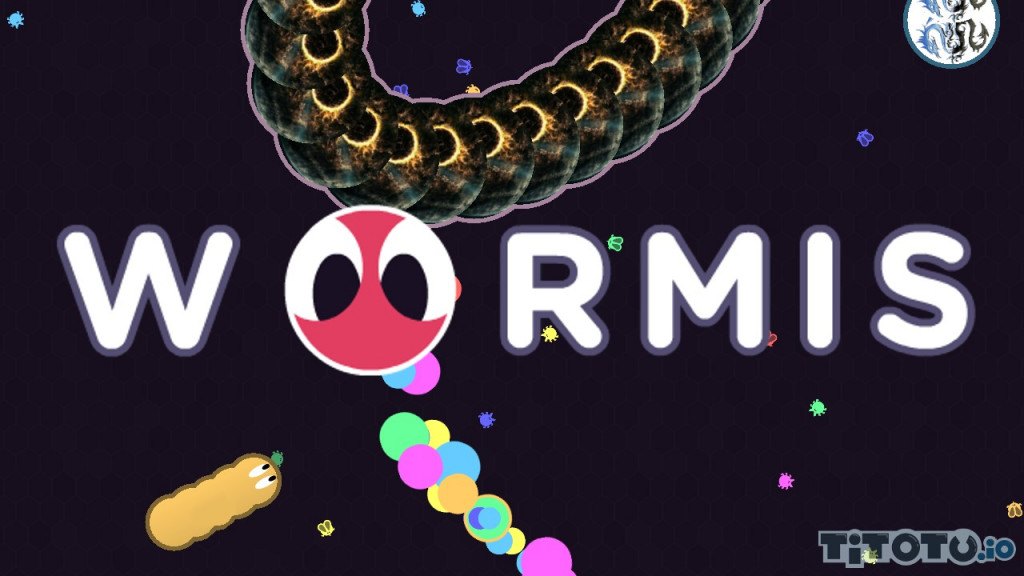 While Slither.IO is strictly a puzzle game Worm.is offers a nice chunk of action added to the mix as well. Developer Freakinware did an amazing job of recreating the magic of games like Slither.IO, and you will love competing against other players who are attempting to break the high score. As a worm, organism smaller than you can be eaten up in a jiffy and you need to make your way past stronger enemies so you can eat up all of the small guys like a predator. Once you get stronger, you get to show who’s the boss by taking on the bigger threats. Worm.is is one of the most popular browser-based games and there is a lot of fun to be had with the title because of its low learning cap and endless replayability. 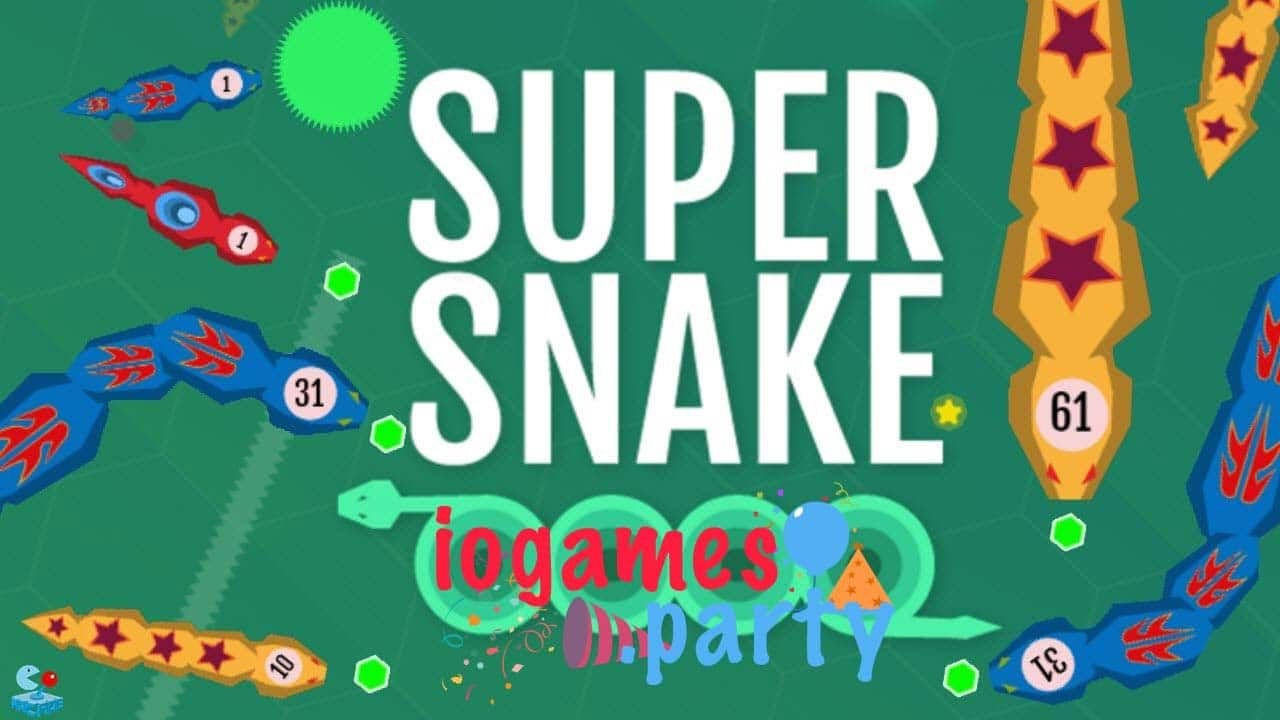 If you loved playing the original Snake as we did on our old phones, Supersnake.IO is a futuristic take on the classic game from an era when we did not have access to smartphones capable of running desktop-grade games. Supersnake.io comes with multiplayer features, and you can download it on Android and iOS or simply fire up your web browser on any other platform and play it directly. While the classic Snake simply made you eat up everything on screen while avoiding a clash into yourself, Supersnake.IO also throws in a few bad guys for good measure. The gameplay remains the same but the developers added a fair bit of a challenge to it, and you will love the fast-paced gameplay combined with the stellar graphics and sound. 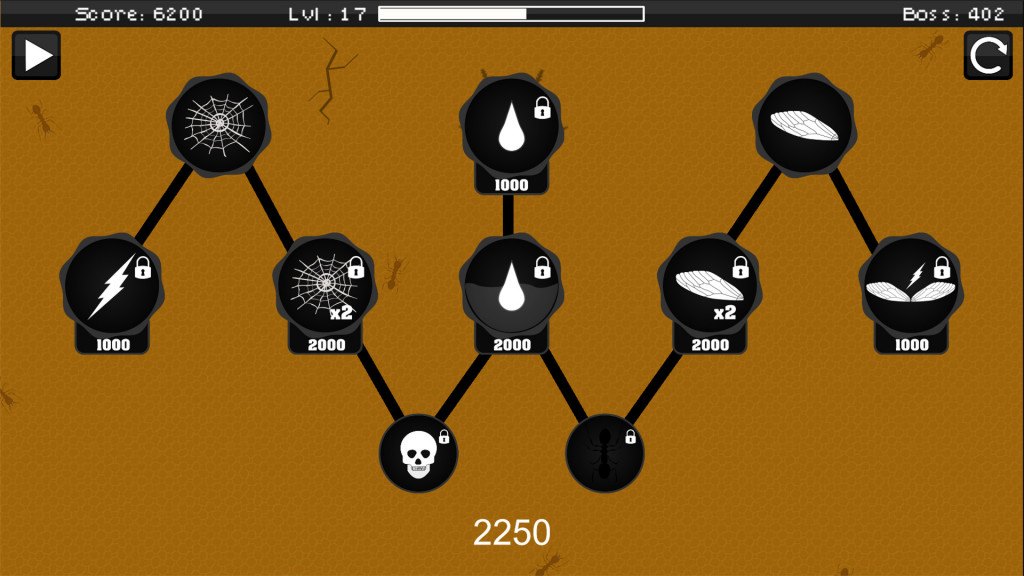 Chario Games is known for its quality indie games, and they did a great job with Ant Evolution, which is a solid alternative to Slither.IO. The core mechanics remain completely the same, but there are some unique mechanics that set it apart from the rest of these puzzle style games. Unlike other games that simply make you grind for hours on end doing the same thing, there are mission-based levels and a solid achievement system here. You get to collect food and resources and upgrade your anthill to protect yourself from beetles and spiders. 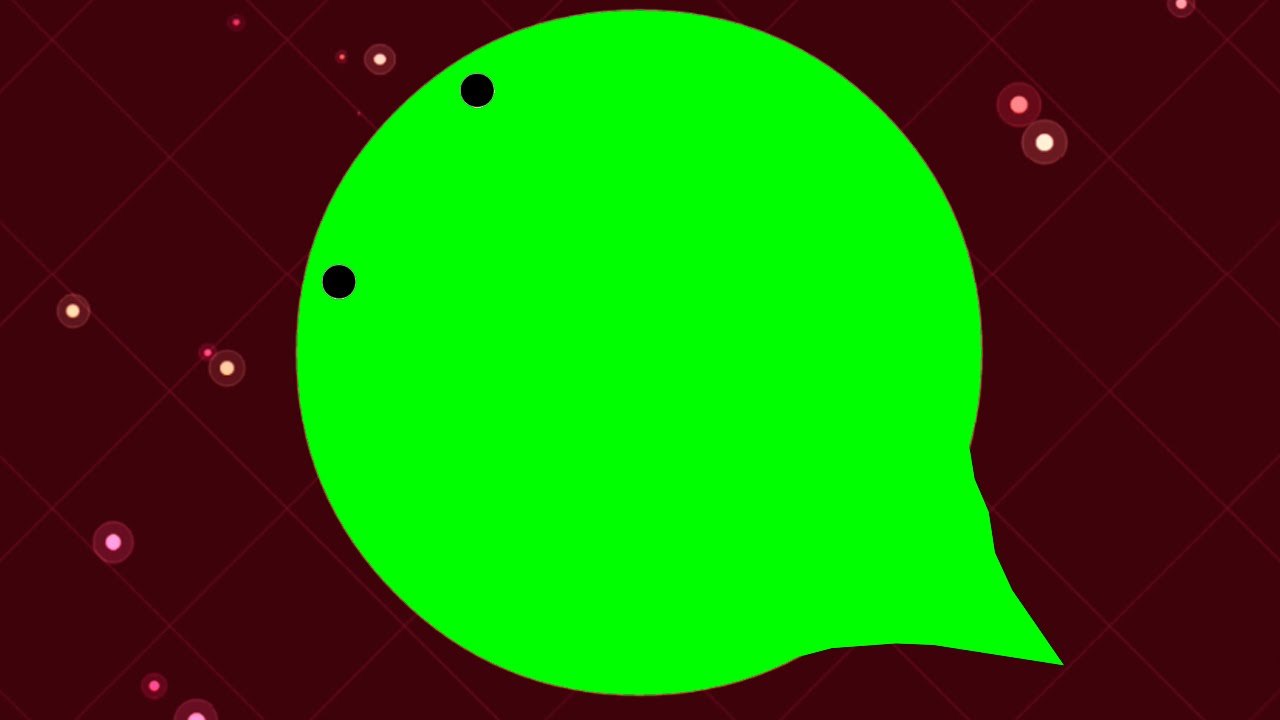 Laba Mauve Studios did a brilliant job with Limax.IO with their implementation of similar IO-style games. Unlike other titles that restrict your movement, Limax is much more flexible in terms of letting your movement that goes beyond the four-axis style. Instead of simply running over enemies to eat them up, you have to use abilities and methodically take enemies down which makes things far more interesting. Even though it is just a rehash of existing games, the new mechanics and visuals make Limax.IO extremely entertaining. The game is completely free, and you can compete against other players online as well for the top score. 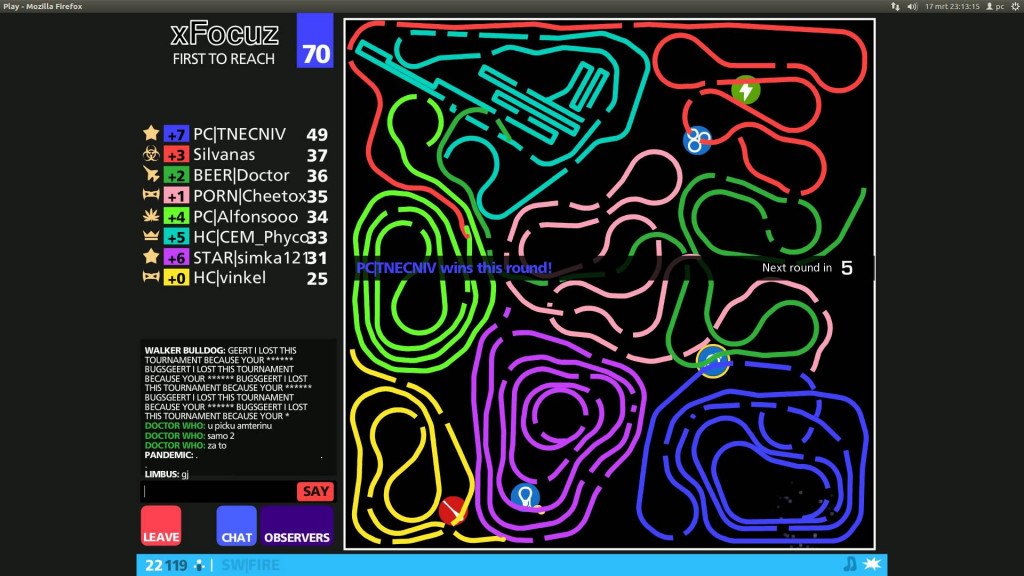 Curse Fever is the simplest game on this list, aesthetically, with nothing but dots and lines to make up the game world. However, despite its simplicity, the game can get quite frantic in no time. Movement is completely unrestricted, and you can move around in any direction. Every dot you see on screen is an actual playing who is trying to beat you in the online multiplayer game mode. The removal of AI makes things far more engaging, and you will have to outsmart your opponents instead of simply running into them head-first. The game is all about the last man standing, and it beautifully mixes the survival genre with battle-royale style mechanics. 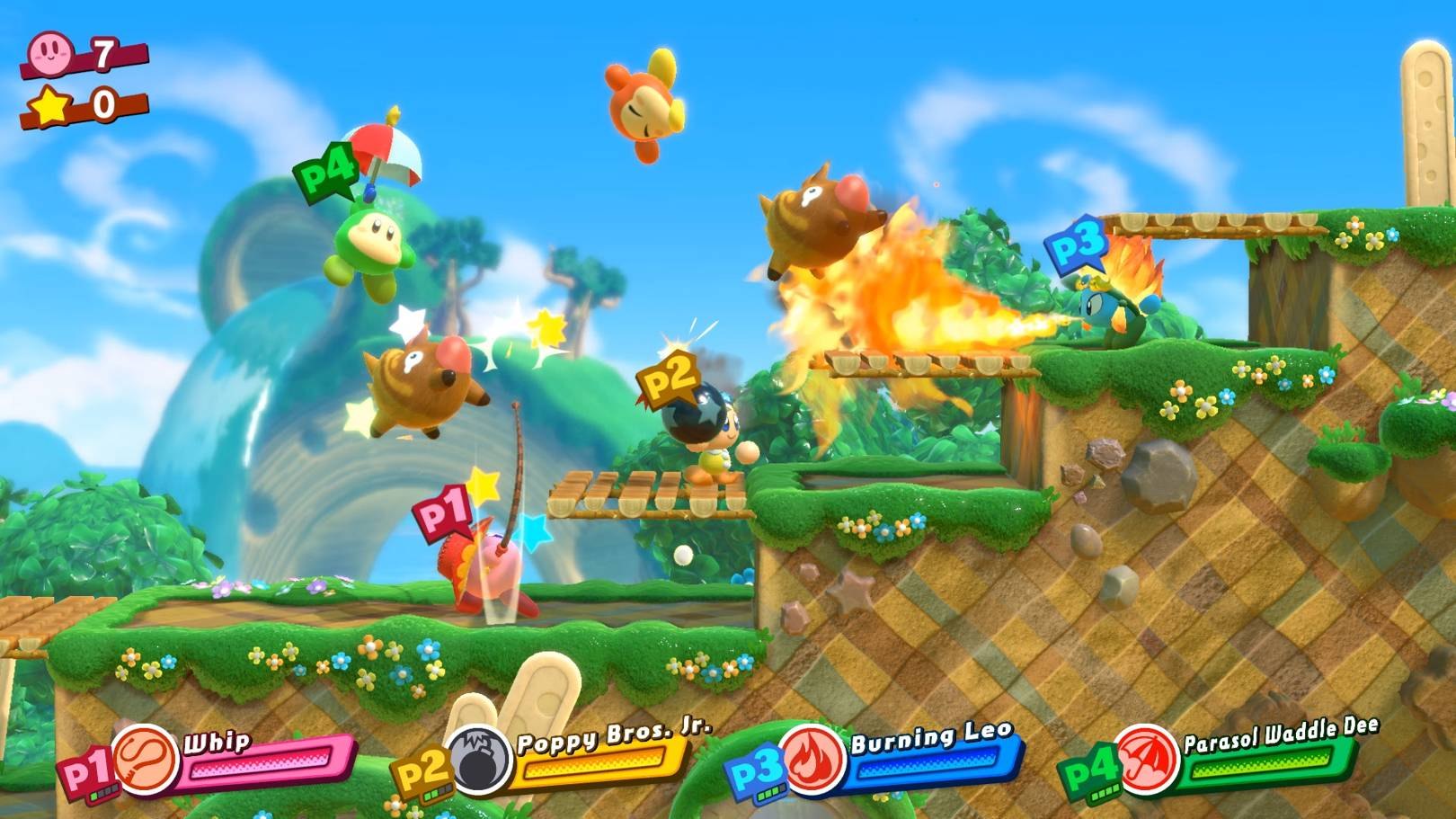 Kirby Star Allies is a solid title for Nintendo Switch. Instead of eating enemies up and getting their powers like older Kirby games, you get to recruit allies instead which makes things far more interesting. You have to constantly consider which allies you want to recruit in order to make the most efficient use out of your time and clear missions faster. The graphics are gorgeous, and unlike most of the other titles on this list, Kirby is a purely single-player experience. It is very kid-friendly and anyone can get into it without because of its low learning curve. While veterans of the Kirby franchise might find the game a bit too easy, we can’t blame Nintendo for trying to bring new players to the franchise. If you are looking for something more similar to Slither.IO, you can check out some of the older Kirby games on Nintendo 3DS or Wii U. 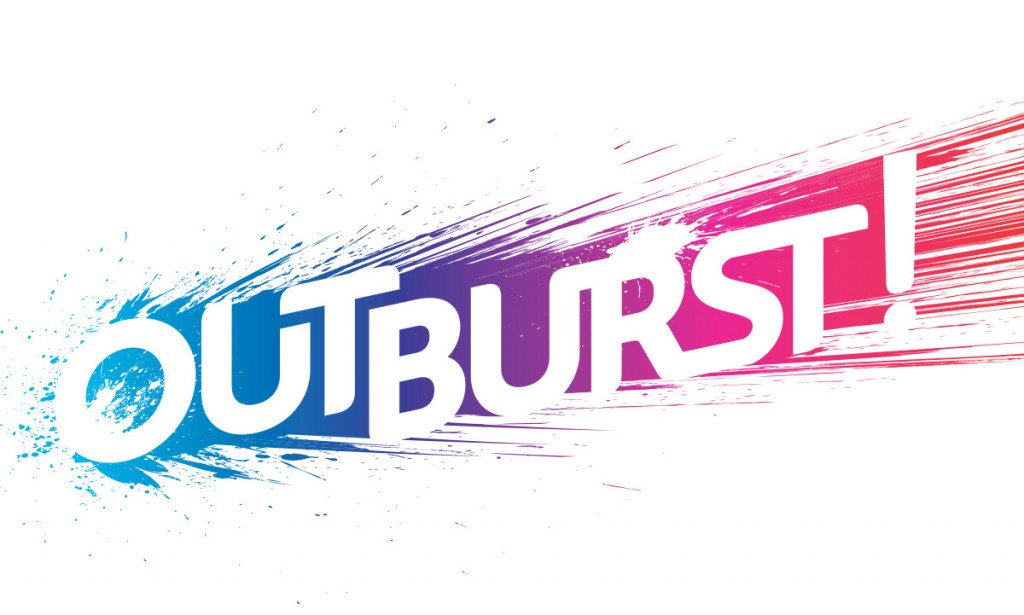 Have a Byte’s free-to-play MMO is one of the most fun online titles that allows you to co-op with your friends or with other players from the community. Outburst offers a survival style game mode similar to Minecraft, and you need to coordinate your gameplay with your teammates to take on the hordes of enemies that come running mindlessly at you. The survival title has a cult following very few indie games command and finding matches is a breeze with thousands of players logging in every day for a round or two. 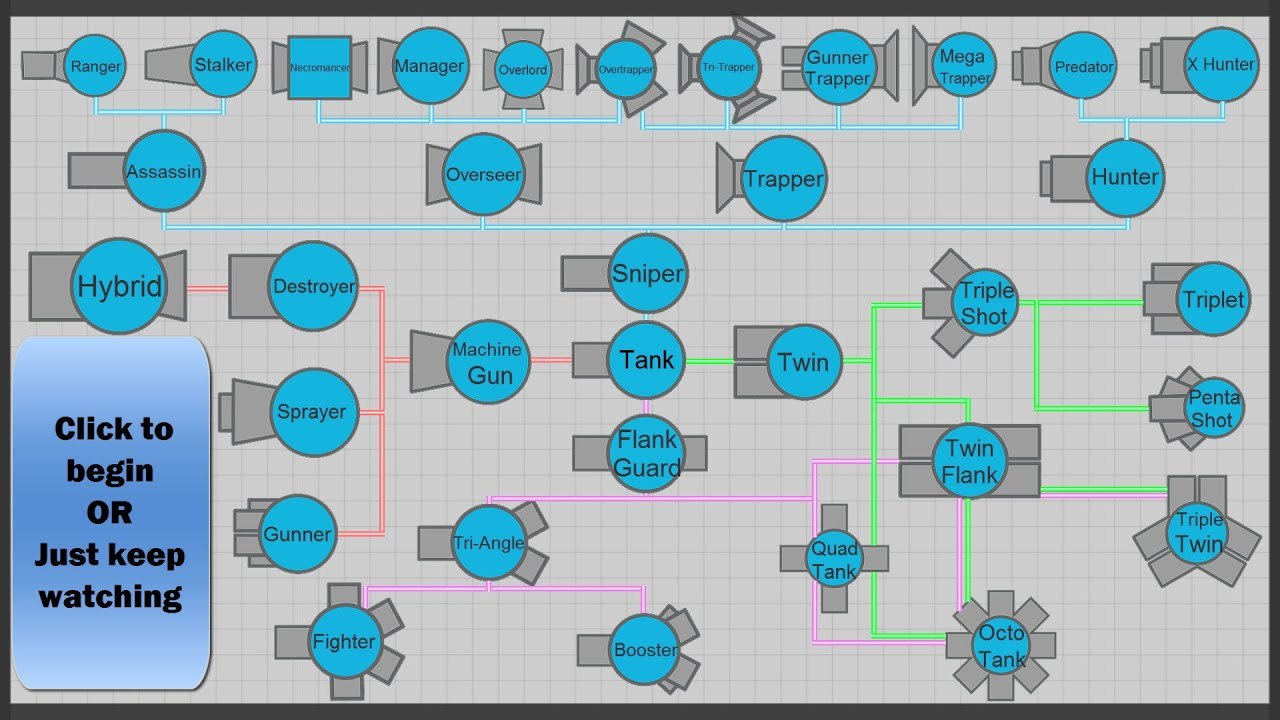 Originally launched as a Miniclip title, Diep.IO is one of the oldest titles in the genre. You get to plays like a block, and the goal is to survive for as long as possible. Unlike other titles that force you to restart even if you take one hit, Diep.IO is much more forgiving with its mechanics. There are players on Miniclip who have clocked hundreds of hours in-game and still come back for more. If you find Slither.IO too difficult to enjoy, Diep.IO is definitely a solid alternative worth checking out for fans. 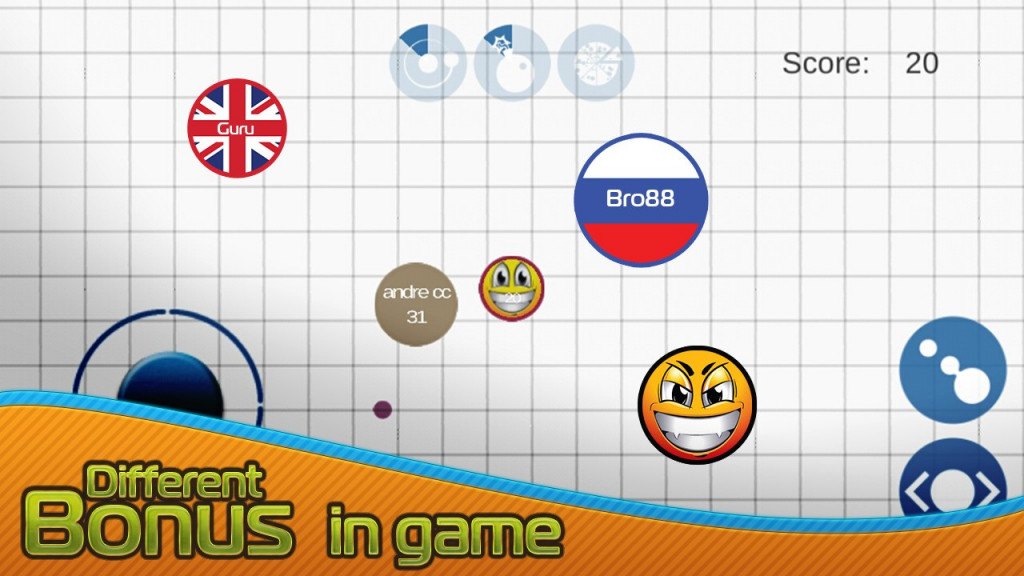 Dot Eater Battle Online mixes online MMO and puzzle mechanics to offer a truly brilliant fast-paced survival game. While it might be much simpler than other titles on the list, the simplicity makes the title much more approachable for fans who are new to the genre. You play as a small bacterium, and you need to slowly consume other units to feed on so you can eventually take on tougher enemies and survive for as long as possible. There are no achievements or missions, and it’s all about having fun in this online title. 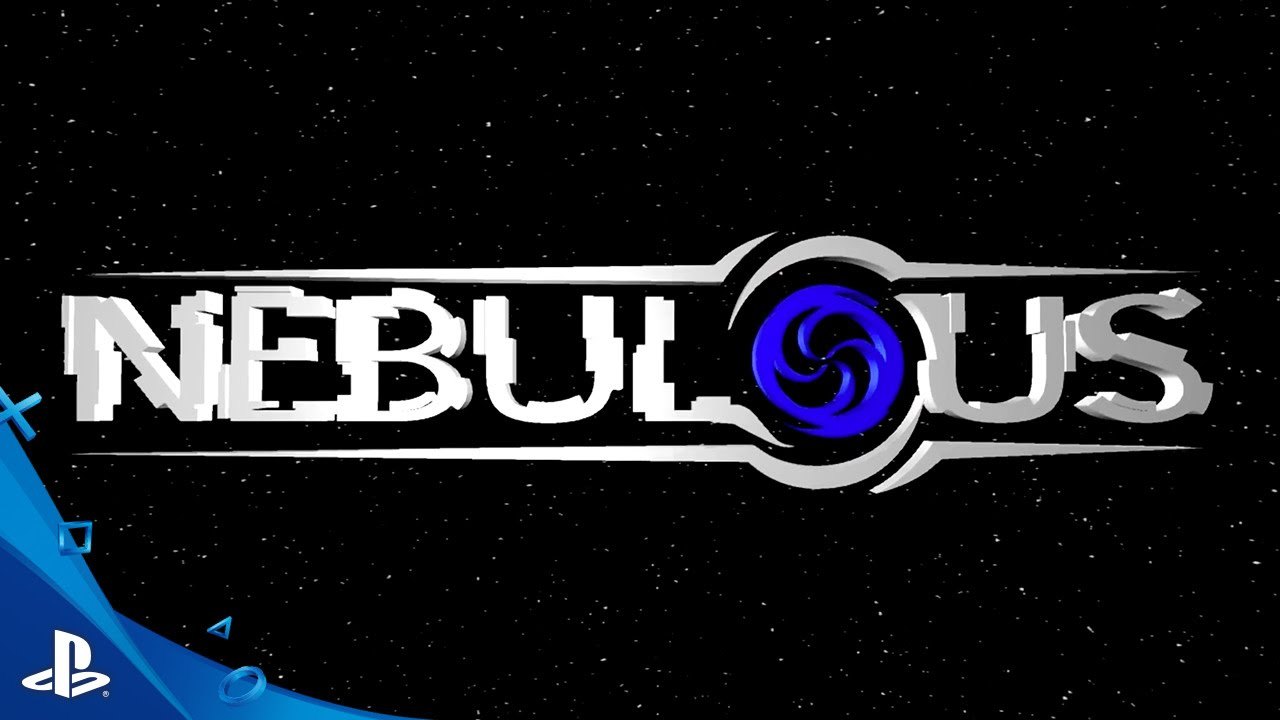 Even though Nebulous is a replica of Slither.IO, it does have its own unique characteristics. Simplical Software LLC did an amazing job of offering a truly fun experience. Nebulous is heavily inspired by other IO games but Simplical Software LLC did a fantastic job or making it a truly fun experience. It is a competitive multiplayer experience even without the use of fancy medieval swords or futuristic guns. You start off as a tiny blob and need to fight against much stronger foes while keeping yourself alive as you weave your way past them and take on targets of your size. 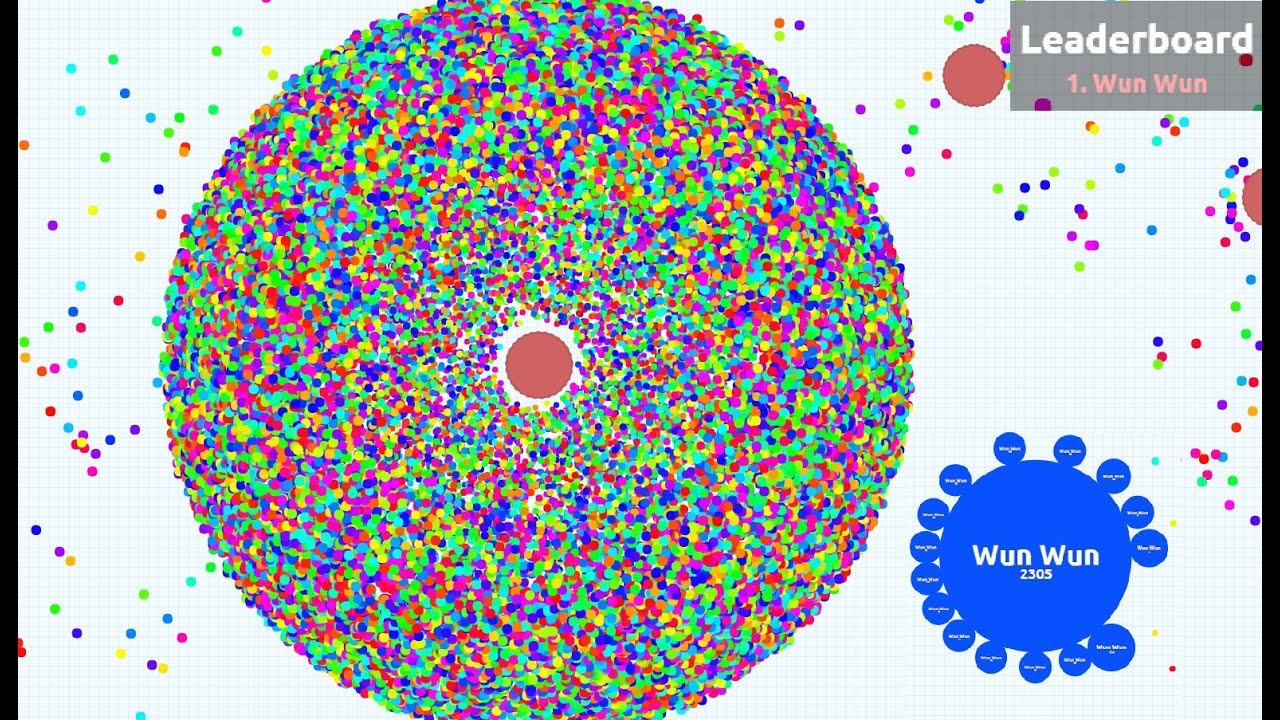 Agar.IO is one of the most popular games of the puzzle/survival genre with its smooth gameplay mechanics that never get boring. Agar.IO allows you to compete against players from any platform and with millions of players being part of the playerbase, you always find new opponents to compete against. There is a lot of focus on movement and slipping up even once means you will be taken back to the main menu. The game looks brilliantly designed, and even though Agar.IO was launched after the puzzle genre started getting saturated, it still managed to carve out its own niche and attract the attention of a large number of fans. 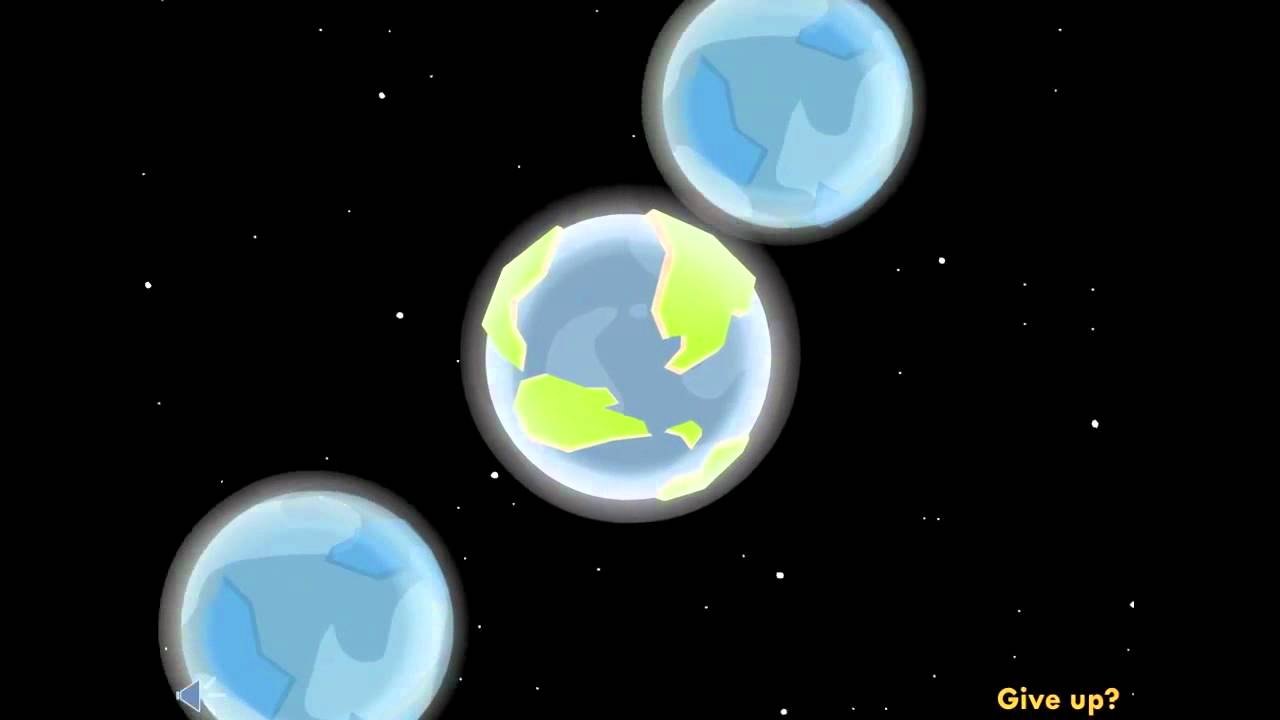 Buddy Delaune did a brilliant job at recreating the magic of IO games with Cosmic Crush. This survival title makes you feel like Galactus from Silver Surfer as you go around consuming one planet after another. The gameplay is much slower than other titles but there is a lot more complexity, and you need to be careful about your movement. The bigger you get, the easier it is to get hit by enemies, so there is merit to stalling as long as possible before pouncing on your enemies to survive for longer periods. 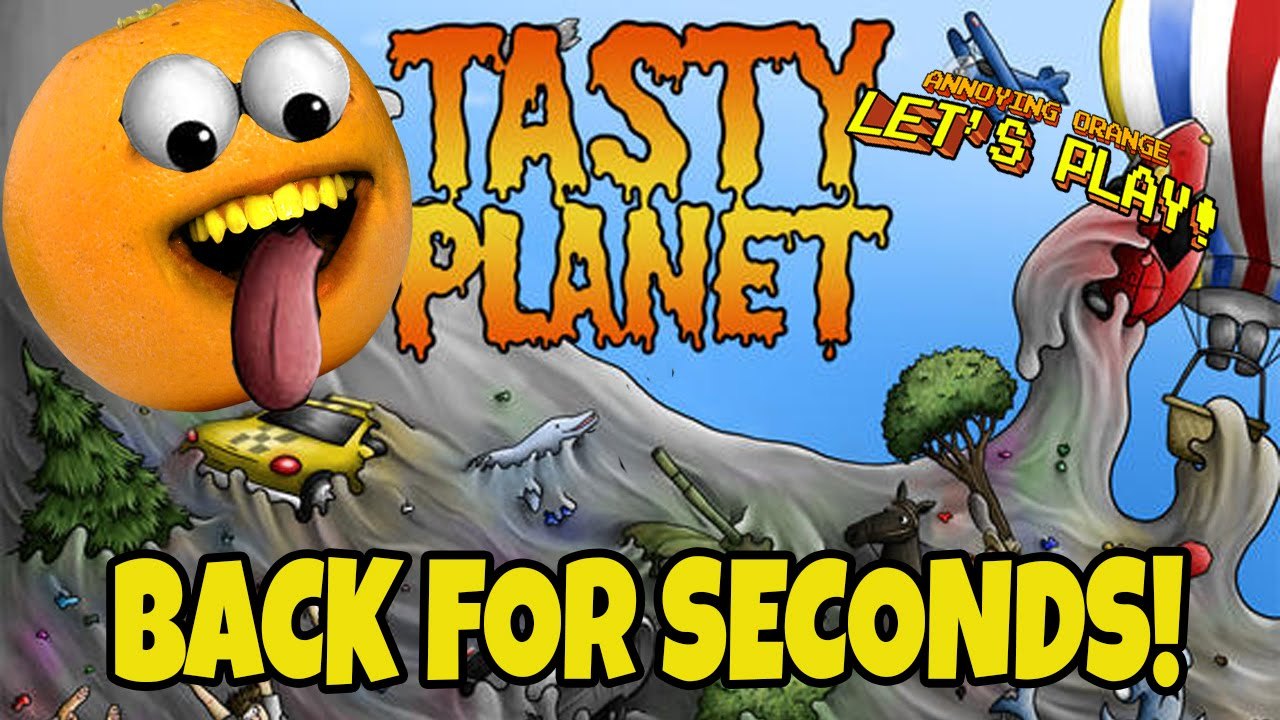 In Tasty Planet, you are put in the shoes of Grey Goo, a detective who finds himself in a mysterious world that makes absolutely no sense. You need to piece together various clues to make sense of the mad world you find yourself in. You will need to break into secure areas to enable communications equipment to unlock newer areas. As you progress through the story, things get quite challenging, and the game tests your skills at puzzle solving. It is a very fun experience despite the constant difficulty spikes that Tasty Planet throws at you.

Agarp.CO is a Slither.IO clone with similar gameplay mechanics and allows you to play against other players online. Just like most of the other IO games, you start off as a tiny organism, and the goal is to grow bigger over time and survive for as long as possible. You will need to feed on your prey way staying away from bigger predators who will eat you alive, so maintaining your distance from them is your best bet. 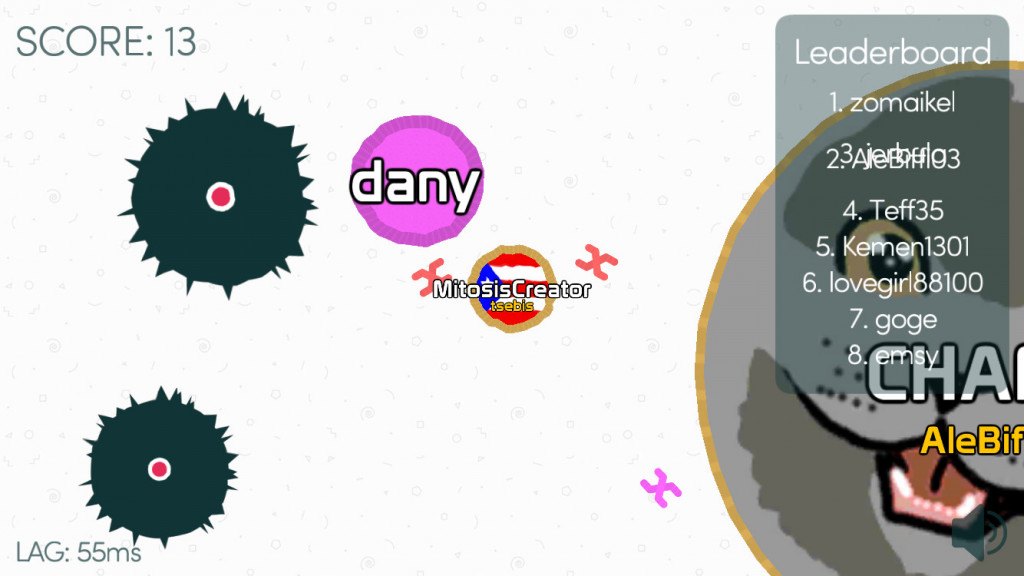 Mitos.is is completely free to play and offers countless hours of content to players who want to hop onto a casual MMO. Even though it is classified as an MMO, it does not share anything in common with the likes of Warframe or World of Warcraft. Instead, Mitos.is offers its own unique style of gameplay. There are no timers unlike other IO games, which makes Mitos.is the perfect starting point for gamers who want to get into the genre. 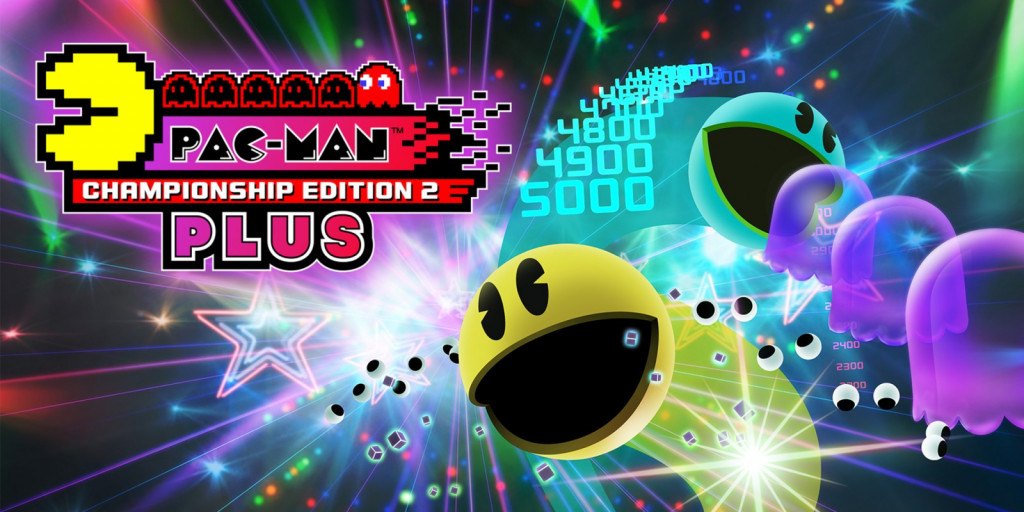 It is to no hidden truth that all of the IO games are directly inspired by the original 1950s Pac-Man. No one can deny the impact Pac-Man has had on the genre, and while getting your hands on the original title can be quite difficult, we have BANDAI NAMCO to thank for bringing out Pac-Man Championship Edition 2 Plus. It is one of the few titles from the genre that’s available on Xbox One, PS4 and Nintendo Switch. The developers took the liberty to break away from the 2D design of the original title as Pac-Man offers 3D worlds. The game retains everything that made the original Pac-Man great while also adding a number of new mechanics to make things fun for the modern audience. There is enough content on offer for even the most hardcore of fans, and if you are done with the single-player gameplay, there is the multiplayer game mode to keep you hooked.