10 Games You Must Play if You Love ‘The Sims’ 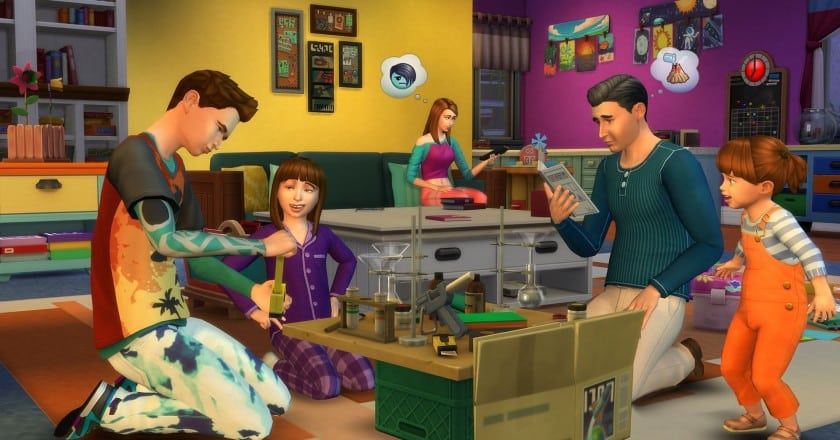 Admit it. We’ve all played this game at least once in our lifetime. Now before you dismiss this game as more of a girl-centric one, this is to remind you that The Sims is for both genders. Anyone remembers playing The Game of Life? That board game which was a life simulation which was the first of its kind – no doubt it was fun but in all honesty, it really was a poor imitation of the real thing. We all grew tired of being represented by pegged pieces of red and green, trying to achieve major life goals like graduating from college, choosing a profession, getting married, having kids, buying houses as players are made to travel along the road, filling their cars with more pegged plastic children. You could tell there was a dire need for the incorporation of artificial intelligence in that game.

And this is when in 2000, Maxis – a subsidiary of Electronic Arts (EA) came up with The Sims. What makes this game so great is that here there really was no need to achieve any defined goals here. Instead, the game creates virtual players called “the Sims” and places them in hopes and also helps in navigating our moods and fulfilling our desires. Players almost have all their authority on our virtual avatars to anything like cook, watch TV, clean, read, socialize, flirt etc with the sole exception like finding jobs, paying bills, having kids – which are all at the discretion of the player. And despite the fact the game really has no life goals to accomplish but instead, fulfilling the day-to-day living necessities is what made it so addicting. The players had an option to opt for additional expansion packs which allowed their Sims to do a wide range of activities.

Over the years, The Sims has turned to be one of the most popular games in the world and ended up inspiring other video game developers to design similar Life-simulation video games. The Sims can now be found on any platform like PC, Browser, PS2, PS3, PS4, XBOX 360, Nintendo 3DS, Nintendo DS, Game Boy Advance and now even on Android and iOS. The developers have also expanded many versions of this game like The Sims 2, 3, 4, The Sims Social (for Facebook) etc. Anyways, if you have played this game and grown tired of playing it and exhausting all the expansion packs, here is the list of video games similar to The Sims that are our recommendations. You can find these games like The Sims for PS4, mac, PlayStation 4, android, Xbox 360, Xbox One, iphone and even online. 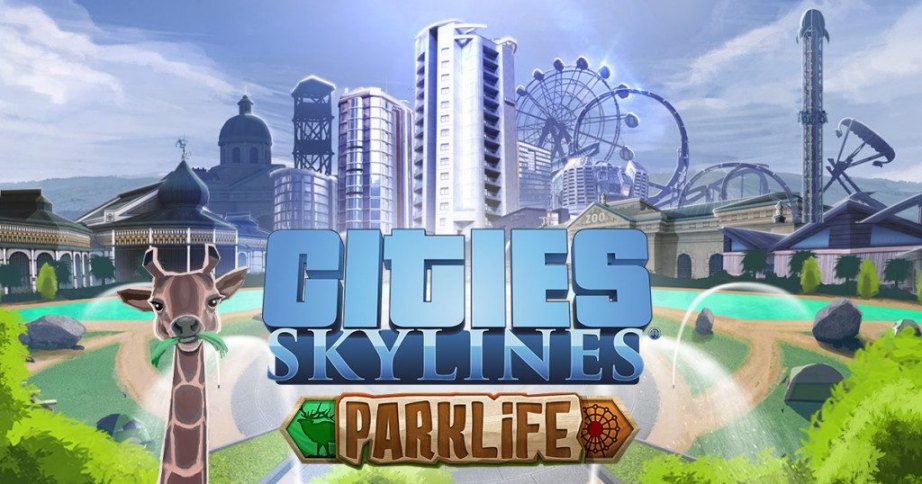 While this game might not be necessarily similar to the traditional The Sims games, Cities: Skylines offers a very different dynamic to those gamers who are not really interested in feeding their virtual avatars and instead will impress all those people who are very much into turning the game’s maps into beautifully detailed and intricately designed cities. It offers the players a very challenging gameplay experience by trying to build functional cities that can satisfy the requirements of all its residents. It boasts of a lot of cool features like getting to play the city mayor, create schools with a click, designate zones for residential, commercial and industrial purposes, provide utility services, reaping tax benefits and repeating the cycle all over again so as to achieve new milestones. Overall, a very fun game indeed. 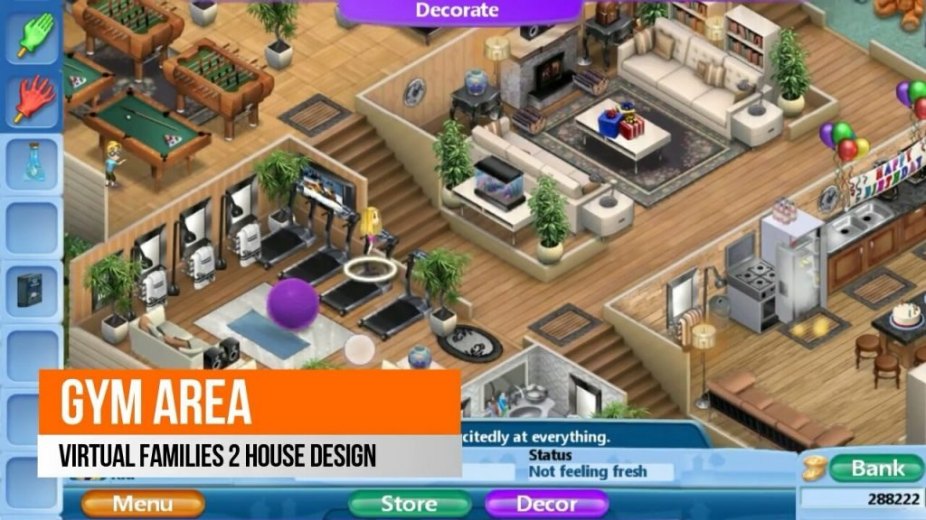 While this game does run a few parallels quite similar to The Sims as far as gameplay is concerned, it adds a few more dynamics to human lives like convincing some folks to have kids so as to produce the next generation, adding few more items to your house, navigate some random life events, advancing your career by promotions or opting for a different field etc. Here, the game offers a lot of cool customization options than The Sims. The touch controls are easy to master here and it will keep you very busy with new storylines, new puzzles and new events to build your dynasty of simulated people. 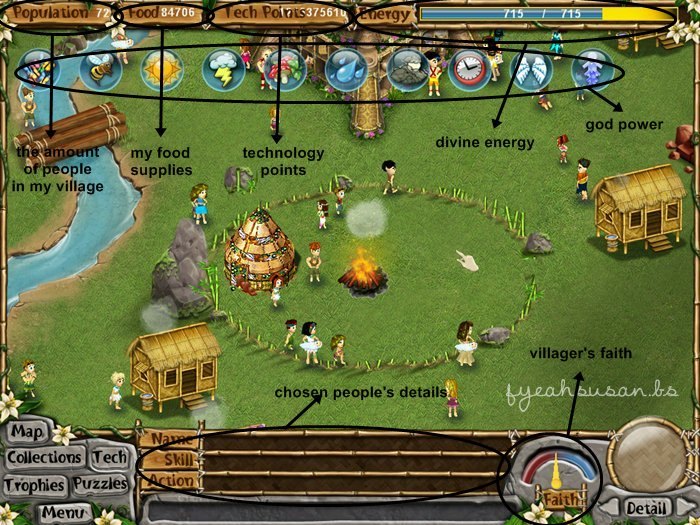 Being the fifth entry of the Last Day of Work’s popular village simulation series, this game picks off from the end of Virtual Villagers 4 where you learn the fate of the exploring villagers. Here, you are allowed to choose your own mix of villagers in order to accomplish your exploring missions. The challenging aspect of this game involves dealing with the presence of the hostile antagonistic natives or “heathens” as called in the game and how you have to deal with them. What Last Day of Work has done well is to intensify the god-like experience of this game by adding new fun powers like earthquakes and lightning bolts, unleashing insects and weather, and even the ability to bring back a villager from the dead. The puzzles are surprisingly challenging and it offers a lot of aesthetics to this one as compared to the previous Virtual Villager games. 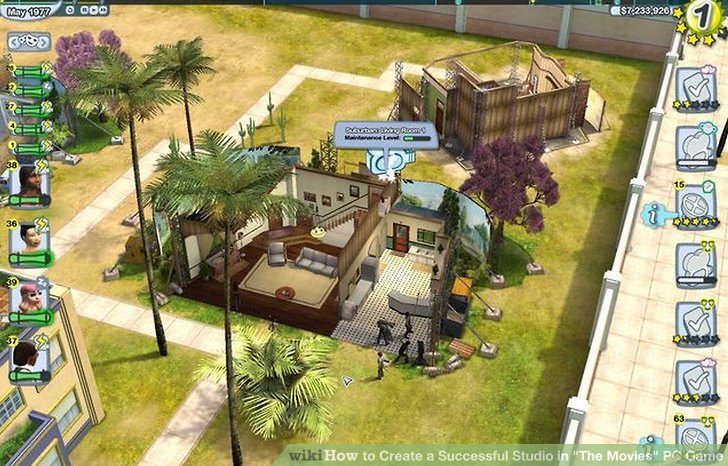 For all those people who like directing movies, this is for you. Here, you are often kept busy by having to hire staff, construct film sets and hire he right stars and actors who are best suitable to the roles which are being offered. The Movies offers different ways to play the game which will appeal the gamers a lot and as you advance to higher levels, you get to unlock new props, costumes and technologies in order to make even way better more movies. The game will give you a lot of challenges which you need to face like firing people, keeping stars satisfied and maintaining film sets etc. This game can be very addicting and will keep you busily engrossed for hours. 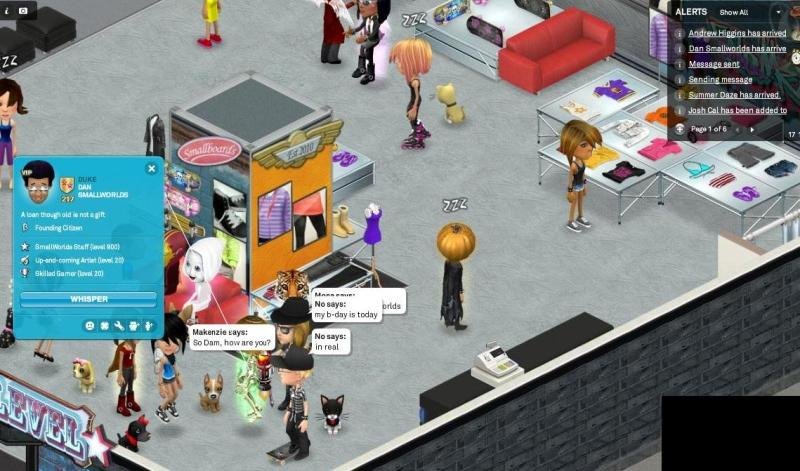 A very engaging virtual world for all those teens and adults which focuses on the social aspects of the game while also providing many cool customization options to the players to choose from.  This game adds a new element to the usual chat and shop experience: missions. The plus point of this game is that it offers many increasingly complex tasks which encourages users to interact with the environment like from acquiring furniture to getting a new pet. The game does sound a little complicated at first but as you start playing it, you’ll realize how fun it really is to socialize with players and hosting events and parties. Highly recommend that you check out this game. 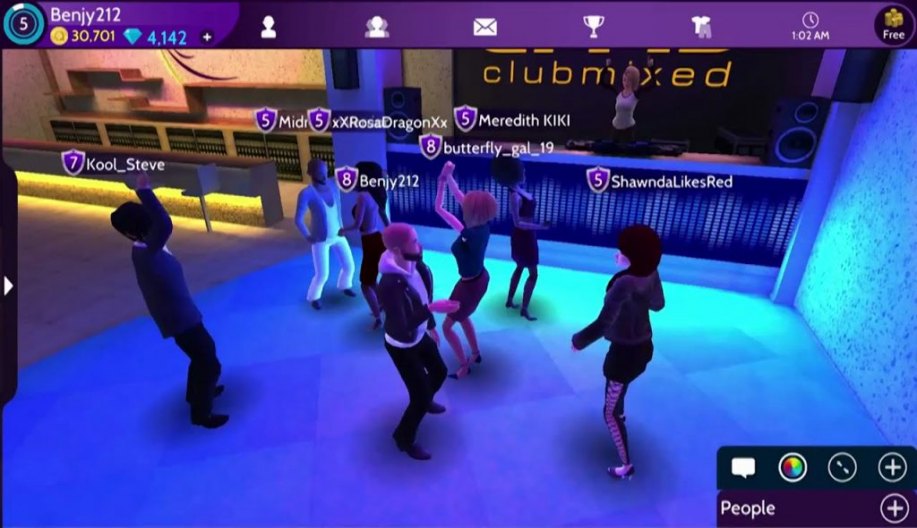 A game which is suitably for adults, it includes both online integrations and technical refinements. Again, here users make 3D virtual avatars of themselves and dress them up, take them out and decorate their apartments so as to hang out with their friends. Users can openly add other players in their chat boxes and interact with them freely. The cool part is that you can actually make your virtual avatars meet with others and even hook up with them. You can fare well in this game because of the game’s availability of life hacks, useful tips and cheats. The tool is very simple and easy to use for generating unlimited coins and gems that can be used to buy a lot of cool fashion accessories for example. 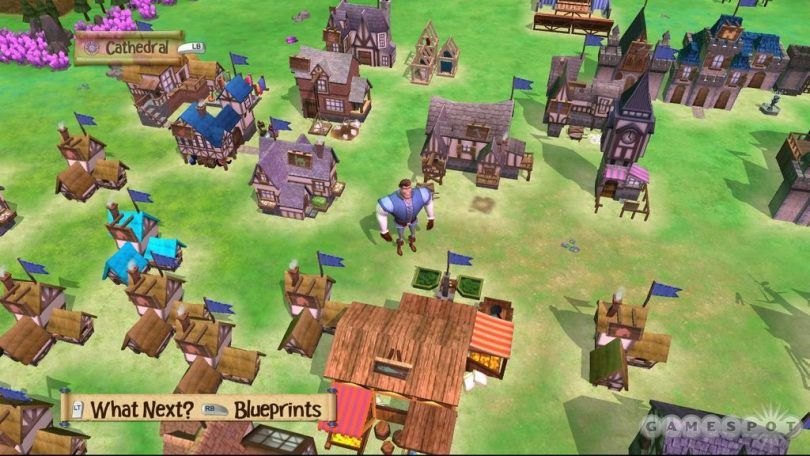 If you are the type of person who likes building stuff, then you will definitely enjoy this game. Basically, you assume the role of a giant which is like a God to the Keflings and your task is to help them build an entire kingdom comprising of houses, schools, walls, statues, other significant structures and even a castle (Gulliver Travels vibes, anyone?). Of course, building stuff doesn’t mean it’s that simple but it’s quite fun as it involves examining blueprints and constructing buildings in that order. The idea behind making the Keflings work for you makes cooperative building a pretty neat idea. What makes this game so good is its strong customization features which help in making the kingdom unique. Overall, it’s a rich and visual experience.

In this adorable world, players have to take on the role of that of a mayor of a town which is populated with anthropomorphic animals. Don’t let the cute faces fool you though, this game isn’t so easy than it sounds. Being the mayor of town means undertaking a lot of responsibilities and actions. The cool aspect of this game is customization regarding your home and the character. There are wide range of activities to do in this quaint looking town like exploring, fishing, bug catching etc. It also has tons of social features allowing players to interact with mayors from other towns as well. The best part of the entire game? Its stereoscopic 3D effects that make the game world real, tangible, subtle and helpful. 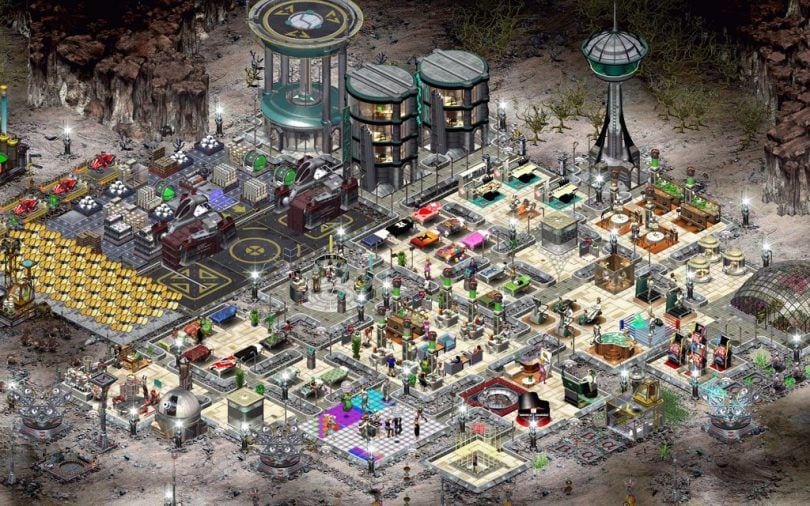 A more of a strategy game, this game combines the elements from The Sims and City Builder. With two basic levels of management, this game allows us to explore and colonize new worlds.  Though it doesn’t have a multiplayer mode, it compensates that for its great content in the form of a comprehensive single-player campaign, a series of skirmish missions and an open-ended sandbox mode. Also, it has a map editor which allows you to create your own levels. Players are given a series of goals which need to be accomplished so advance to the next level. A very fun and compelling game indeed. 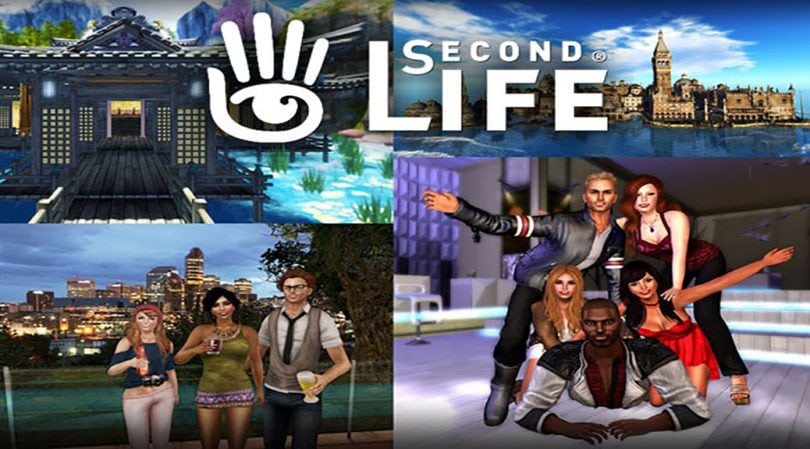 The open-ended environment of this virtual community is what oozes the charm and appeal of this game. Players basically play their own parallels in this virtual world where you are required to undertake capitalistic activities in order to own money called “Linden”. The themes of socializing, entertainment, games are all there but there are also abundant opportunities to learn like running a business, play a musical instrument etc. You can also make your avatars fly! Overall, it’s an engaging and creative place but again, there are a lot of adult themes in here which makes this game only for adults to play and certainly not kids or teenagers.