12 Games You Must Play if You Love ‘Warframe’

Warframe from Digital Extremes is a success no one saw coming in the gaming industry. The game mixes MMORPG elements in a co-op third-person shooter and is one of the most popular “looter shooters” out there available on PC, Xbox One, PS4 and the Nintendo Switch. The game is one of the best examples of free-to-play done right, and even though it can be daunting for newer players, players are never paywalled from content.  From cinematic quests to open world areas, there’s a lot to discover and love about the game that has won millions of hearts all over the world.

The game is definitely not for everyone, but if you happen to be someone who loves and appreciates looters, you should definitely check out the free-to-play game that has managed to stay in the top 10 charts on Steam for years. With updates like The Second Dream and The War Within, you get access to some great cinematic quests. If you are a fan of open-world games, there are two huge open world areas (Plains of Eidolon and Orb Vallis) to keep you engrossed with activities like fishing, mining, bounties, boss fights and more. Here is the list of video games similar to ‘Warframe’ that are our recommendations. You can play these games like Warframe on mac, PlayStation 4, Xbox 360, Xbox One and even online. 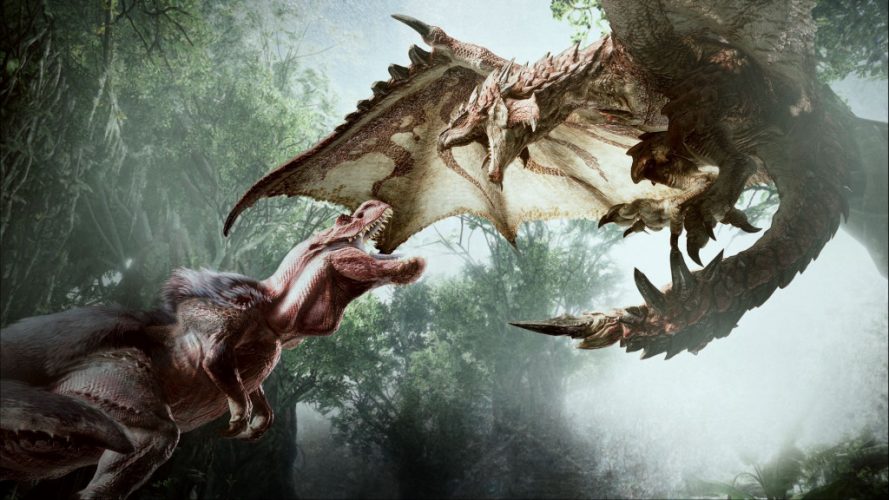 Monster Hunter: World is one of 2018’s best games and for good reason. The franchise has been around for years, and players have sunk thousands of hours into the games on a variety of platforms. It is an action-adventure game with core looter elements that you will love. Unlike Warframe, there are no classes, but there are a ton of weapon types to choose from and an unfathomable number of armor sets that will change your playstyle and allow you to experiment with various builds. The game requires a fair bit of skill and is slower paced than a number of other adventure games out there. There are no paid DLCs, and there are a number of crossover events that are pushed to keep the players engaged. 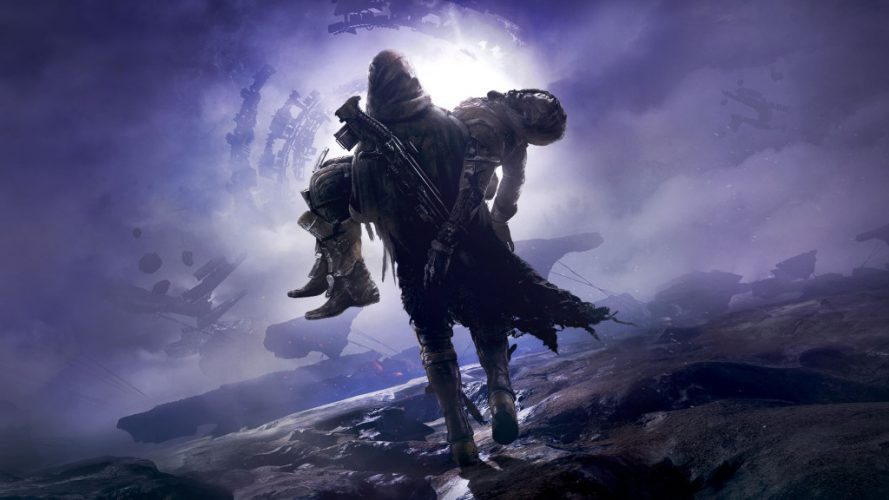 Destiny was one of the most loved games on consoles, and its successor made it to PC as well. While the game did not offer much at launch, the developers pushed a number of updates and catered to the needs of their player base. If you tried out Warframe and felt the lack of a true endgame and PVP, Destiny 2 has you covered on both fronts. You get access to some great PVP content along with Strikes and Raids that you will love playing with your friends. The gunplay is superb, and it is a visual treat that you do not want to miss out on. Destiny 2’s developers Bungie have split from Activision recently, and the player base is optimistic about the game’s future because of it. 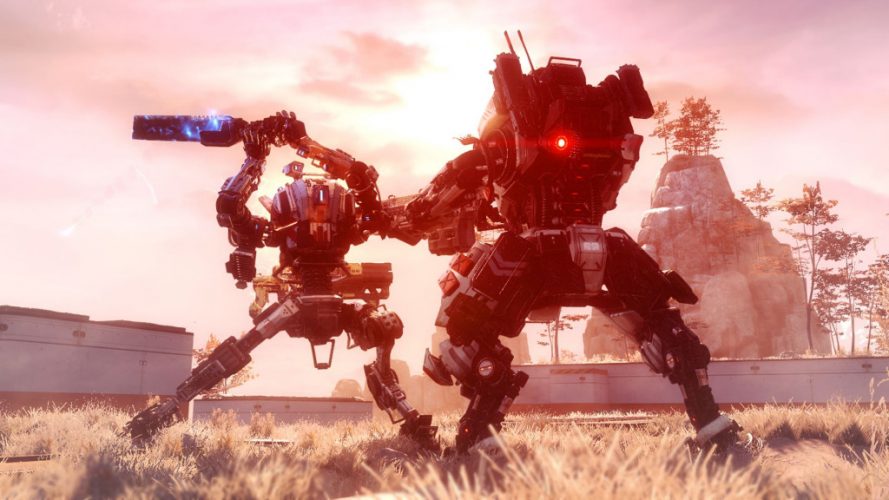 If you like the crazy maneuvers, you can do in Warframe and just don’t get the fluid movement experience anywhere else, just check out Titanfall 2. It is only unfortunate that one of 2016’s best games was brought down due to the marketing gurus at EA deciding to push the game out between Call of Duty and Battlefield’s release dates. All of the cool tricks you can do with your Warframes including wall riding and gliding you can do it in the successor to the original Titanfall. The game is primarily PVP, and the player base is active enough for you to find a game for a quick few games. 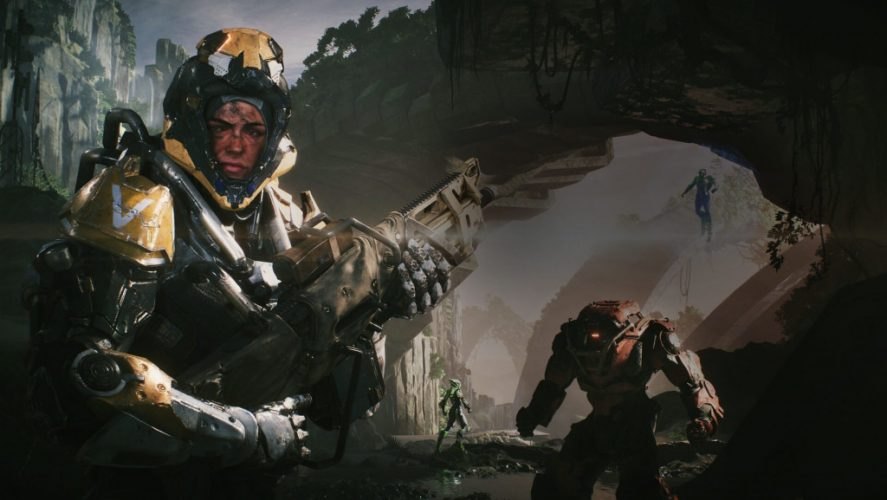 Anthem is Bioware’s upcoming title that is shaping up to be a competitor to Warframe and Destiny. While gamers are wary of microtransactions getting in the way of the gameplay experience, the developers have promised that the game will have no loot boxes or microtransactions that affect the gameplay experience. The game looks beautiful, and it feels great to pilot the Javelins (the equivalent of Warframes or Destiny’s Guardians). With less than a month to go until the title is out, there’s a lot to be excited about if you are looking for a co-op looter experience. 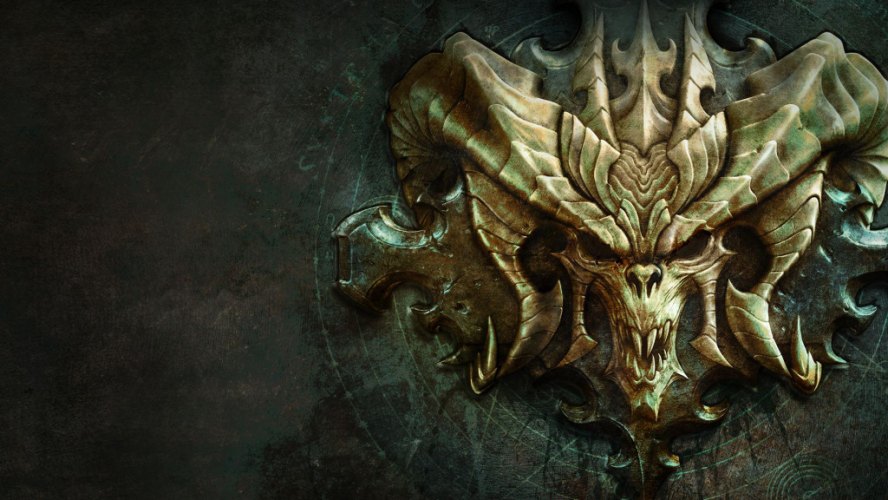 If loot grinding and character customization are two things you want in a video game, Diablo III is the best at that. It’s a top-down action RPG from Blizzard Entertainment that offers the best of the genre, and you can invest countless hours going higher and higher in Paragon levels while getting better gear and fighting hordes of enemies. There are a number of classes to choose from and plenty of builds to try out to keep you occupied. 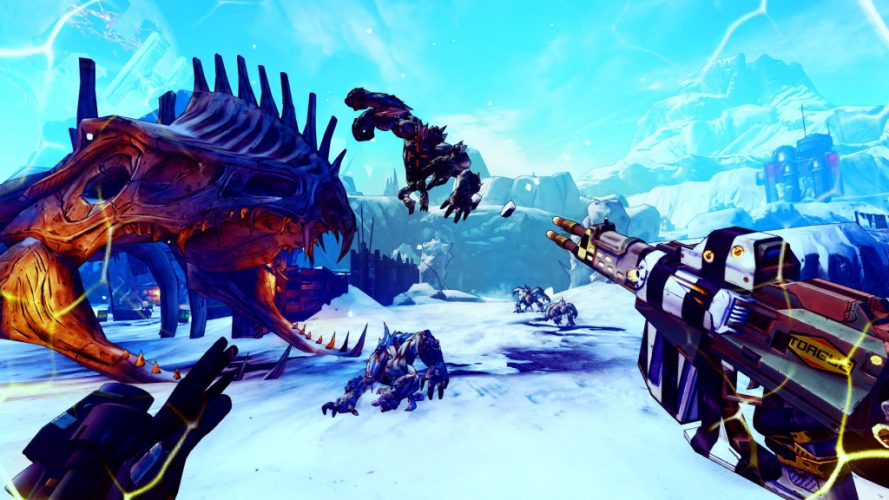 The entire Borderlands franchise is all about co-op gameplay focused on looting! If you have not tried out the Borderlands games and happen to be looking for something to play with your friends, we strongly recommend giving Borderlands 2 a shot. It’s one of the best looter shooters ever made, and the cel-shaded graphics hold up great. Borderlands 3 is said to be in the works, and we can expect an announcement sometime this year. 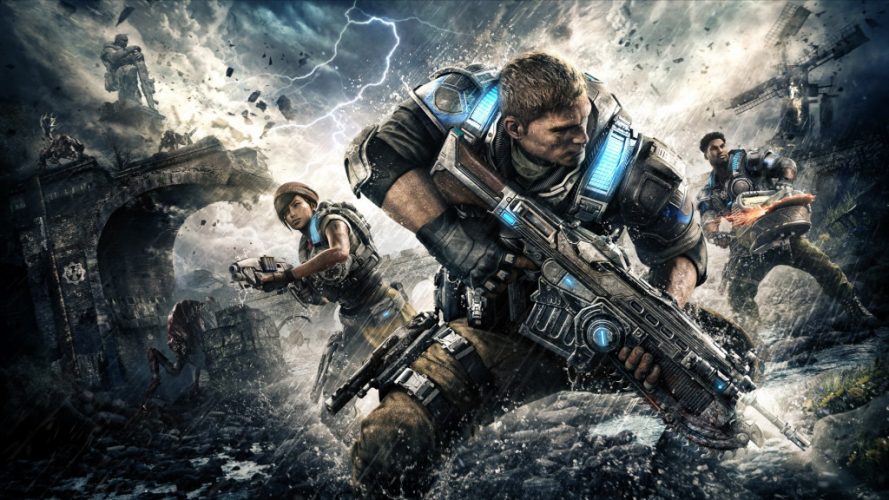 Gears of War 4 has some of the weapons you’ll ever get to try out in a video game. The game is not quite the same when it comes to gameplay as it is a cover-to-cover shooter, but the fluidity and gunplay make it one of the most satisfying games to play out there. The best part is you get access to Xbox and PC cross-play, so if you have friends on either of the two supported platforms, you can team up and have fun. 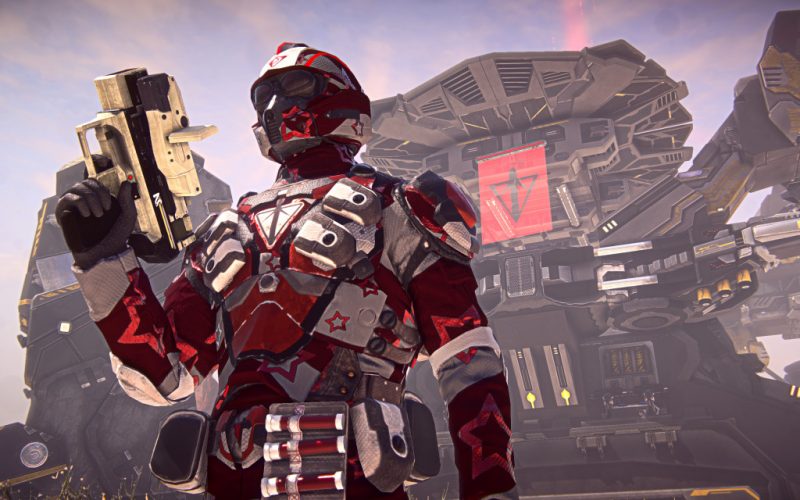 If you are looking for an alternative to Warframe that retains the combination of the sci-fi setting and an MMO, Planetside 2 will make you feel right at home. The game offers some amazing gameplay, and you will find yourself caught in the middle of faction wars and have a number of small and heavy weapons at your disposal to play around with. Do be warned though, just like Warframe; Planetside 2 is by no means new player friendly. You will have to learn most of the mechanics by yourself or look up videos and guides online to get used to all of the chaos. 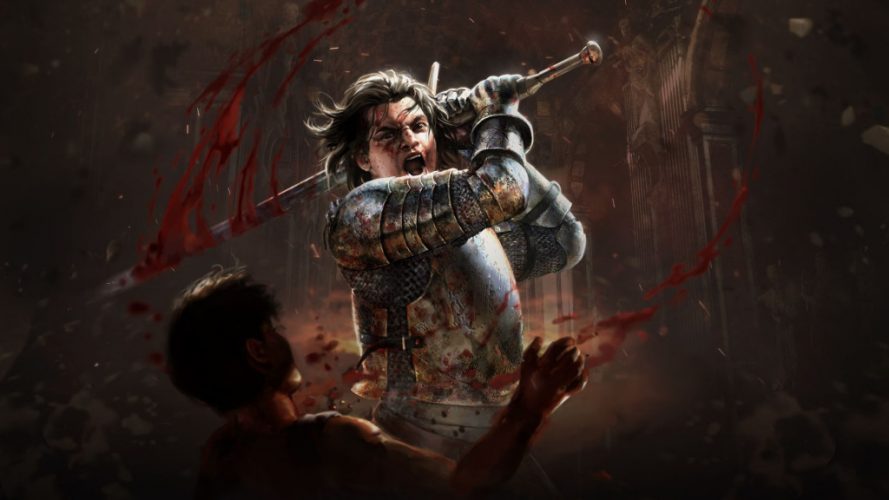 Path of Exile shares a tale similar to that of Warframe. It is also one of the most well done free to play games out there. Just like the Diablo series, PoE offers you that relentless grind and if you think Warframe is overwhelming, just check out the skill trees in Path of Exile to have your minds blown. There is an endless amount of content to keep up with, and new updates keep coming in all the time. The game is all about grinding for items and loot, and the competitive PVP mode is quite good as well with tournaments and other events for those looking for a challenge. There is a lot of freedom available to the players, and you will be able to choose your own playstyle and have fun your own way!

3. The Incredible Adventures of Van Helsing 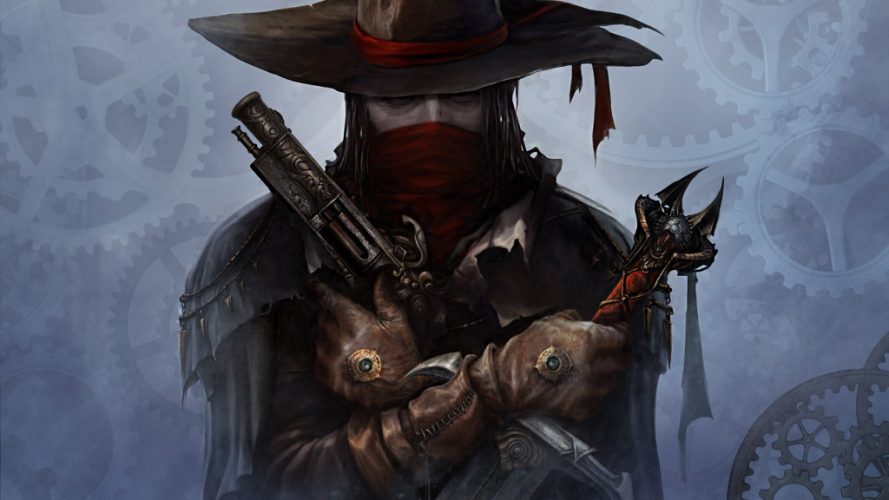 Not too many people may have heard about this game, but it is truly one of the best ARPGs to come out in recent times. Unlike other looters where you have to grind bosses to get the best items, Van Helsing offers a unique take and rewards normal engagements in the most unexpected of map locations. You will find new items all the time from where you least expect them, and it’s one of the better ARPGs to try for people who do not have a lot of time to invest in their hands but want to get a similar experience at their own pace. 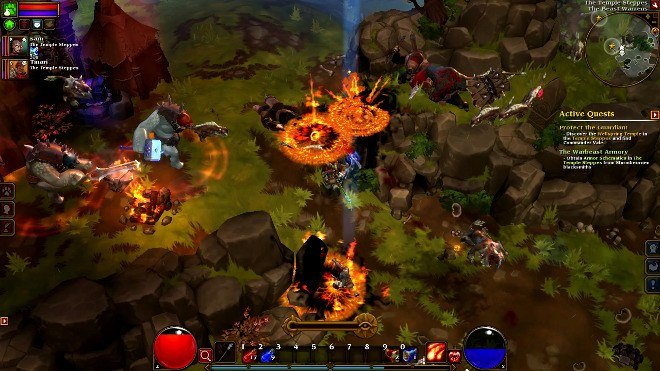 Torchlight was an incredible ARPG that allowed players a great co-op experience and its sequel is no different. If you want to spend time with your friends hunting for loot and exploring new places, Torchlight II is an incredibly fun experience. The pet system is really fun to use in the game, and unlike other looters, you can simply send your pet to sell off any excess items that you have while you run through dungeons making inventory management a breeze. Unlike Diablo, Torchlight II’s graphics are a bit “cartoony,” but that’s what makes it feel so unique and it takes the seriousness away for a more fun experience while also retaining the challenging experience ARPGs are known for. 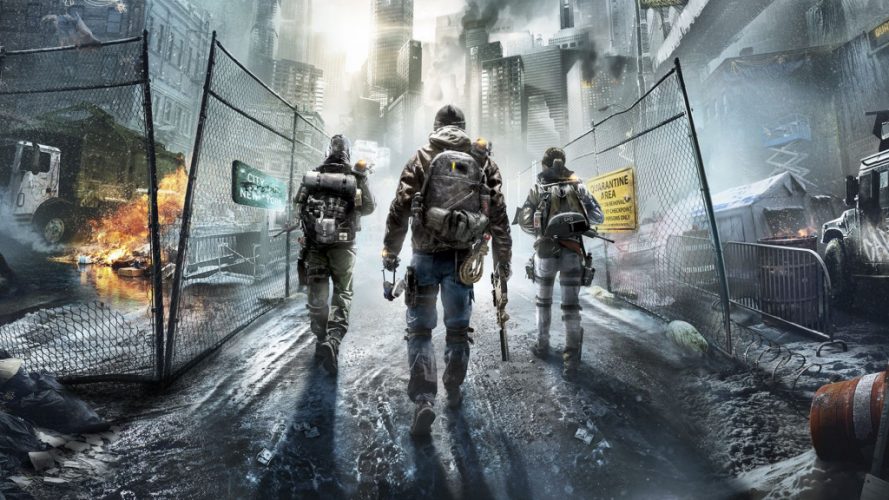 The Division provides a more realistic take on what games like Destiny and Warframe offer. Unlike the futuristic space ninjas and guardians from other planets, you fight for survival in real cities in Division and the soon to be released Division 2. The Division has a solid PVE foundation laid out for you to experience and collect loot from, and on the other hand, you have the Dark Zone that offers PVP gameplay. It’s not all about running and gunning down enemies, and there are sequences where you have to be tactical in your approach. The first game has come a long way since its launch with great content updates, and it is a lot of fun provided you have a couple of friends to play with regularly.