Who are Garcelle Beauvais’ Ex-Husbands? Does She Have Kids? 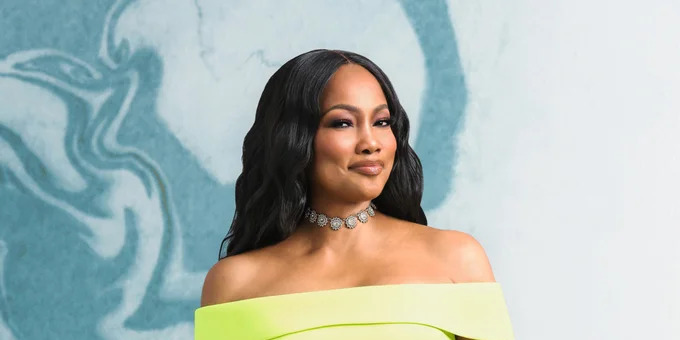 Garcelle Beauvais is the first African-American cast member of ‘The Real Housewives of Beverly Hills’ AKA ‘RHOBH.’ Since joining the show in its tenth season, Garcelle has amassed a lot of fans by being her free-spirited self and not giving in to the stereotype. Her notable works include shows and films like ‘The Jamie Foxx Show,’ ‘NYPD Blue,’ ‘Spider-Man: Homecoming,’ and ‘Tell Me A Story.’ She also posed for ‘Playboy’ in 2007 and walked the ramp for big brands like Calvin Klein and Ford Models.

Garcelle originally hails from Saint-Marc, Haiti, where she was born to Marie-Claire Beauvais and Axel Jean Pierre on November 26, 1966. Her mother worked as a nurse, while her father was a lawyer. She was three when her parents divorced, leaving Garcelle with no option but to move to the U.S. with her mother and six elder siblings when she was just 6-years-old. While growing up in Massachusetts, Garcelle could speak French and Creole but not English. Interestingly, she learned the language while watching ‘Sesame Street.’

All that I am or ever hope to be, I owe to my angel mother🙏🏽 Happy Mother’s Day to all the mommy’s! super heroes without the capes 😊

When she was 16, Garcelle’s parents remarried and the family moved to North Miami, where she took up modeling as a career. However, just a year later, Garcelle’s mother and father split again. To get fruitful assignments, she moved to New York City with just her mother’s blessings, as her father was against it. On multiple occasions, Garcelle has opened up about missing the strong connection with her father. However, the reality star is very close to her mother and never misses a moment to thank her for everything she has done for Garcelle and her siblings. Let’s find out more about her personal life!

Garcelle met producer Daniel Saunders when modeling in New York. It was love at first sight and the two connected so well, they tied the knot in just two months in 1991. The couple was madly in love and welcomed a son, Oliver. However, their marriage didn’t work out and the couple divorced in 2000 after almost a decade of being married to each other. She still shares a cordial relationship with Daniel and the two often get together for the sake of their son.

However, Garcelle found love again when she began dating talent agent Mike Nilon. The couple quickly got married in 2001. After undergoing fertility treatments, the couple had twins – Jax and Jaid. Everything was smooth sailing until Garcelle confronted Mike about an “I Love You” text she found on his cellphone.

All hell broke loose when he confessed to having a 5-year-long affair with a woman from Chicago. Garcelle got pretty upset and sent a mail to his colleagues and friends, breaking the news about his affair. The news got leaked in the press and after a lot of media frenzy, Garcelle divorced Mike in 2011. Despite their tumultuous past, Mike and Garcelle share a good co-parenting relationship.

In 2019, Garcelle went public about her relationship with screenwriter Michael Elliot. However, it only lasted for several months as she announced the split on her Instagram in February 2020, with a cryptic message.

Garcelle is the mother of three boys – Oliver, Jax, and Jaid – to be specific. Born in 1991, Oliver is her son from her marriage to Daniel Saunders. He is a rapper who goes by the stage name, Jayson Rose. The 29-year-old recently married the love of his life, Sam, amid the coronavirus pandemic. The couple gave birth to their fourth child, Oliver Jr., in February 2020.

Garcelle gave birth to fraternal twins – Jax Joseph and Jaid Thomas – on Oct. 18, 2007, via a C-section delivery. The twins, whom she shares with her ex-husband CAA agent Mike Nilon, are 12-years-old as of today and love hanging out with their mother.

Garcelle is the happiest when all her sons are together under one roof. Despite their age difference, Oliver, Jax, and Jaid share a close bond and love each other very much. What more can a mother need? Swipe through the photos for a beautiful family picture!

Introducing my grandson #oliverjunior its Oliver’s birthday but I received an amazing gift ❤️😇 #familytime 🙏🏽🙏🏽 #younggrandma @samoli_saunders so full of love what should my grandma name be???