Where Is Gary Noesner Today? 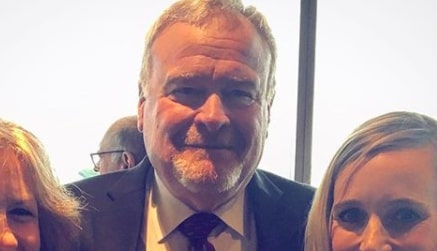 The mini-series, ’Waco,’ is a dramatic representation of the real events that unfolded in 1993 when the Waco siege broke out. The horrific incident that took many lives was a result of a standoff between the FBI and the Branch Davidians. Led by David Koresh, the Branch Davidians were accused of not only possessing firearms but also letting Koresh have sex with minors in the name of religion. The Waco siege was, hence, the cause for much alarm and shock.

Who Is Gary Noesner?

The FBI got involved in the siege soon after negotiations were failing to work. Gary Noesner was a Chief Hostage Negotiator with the FBI, who was called forth during the siege. Having worked as an FBI instructor and negotiator for several years, he had been part of such intense situations before. However, when the Waco siege negotiations were going on, he often felt that the other officers wanted to resort to more aggressive tactics to force them out. Noesner’s negations bore some fruit as he was able to get over 35 released from the camp. Later, upon criticism of his methods, there was a rift between Noesner and the others. He was eventually moved from the project after 25 days.

It was after this that the FBI threw tear gas grenades into the compound. This was soon followed by the fire that broke out in the camp, whose source is disputed to this day. The siege left 75 Davidians dead with a handful of survivors. It also killed four FBI agents. Noesner was angry and frustrated with how things turned out in the end. He went ahead to share this experience in his memoir titled, ‘Stalling for Time.’

Where Is Gary Noesner Now?

Gary Noesner has been part of several talks and interviews for the past couple of years now. His memoir, along with his insights and experience, has been vital for the making of the series as well. In one of his most recent interviews with Brown Political Review, he said: “The problem was that the frustration that periodically surfaced on the tactical side of the FBI incited a more aggressive response. Negotiators basically want to sweet-talk you out; tactical teams want to force you out.”

His statements have been paramount in understanding the tension at the time that was riddled with urgency and the need to ensure maximum safety. At the onset of people like Noesner stepping ahead to talk, the criticisms against the FBI continues to rise. In any case, Noesner doesn’t deliberately put them down but tries to show a side that had failed more so than worked. He is quite active on social media, predominantly Facebook. Post the premiere of the show; he conducts several Q & A sessions.

I will be doing a Reddit AMA (ask me anything) session at 12:30pm on Wednesday April 29, 2020 for anyone with questions about the real negotiations at Waco or about my book STALLING FOR TIME.

Paramount Network has even created a ‘Gary Noesner Q & A page’ on Twitter, for people to find specific answers to their doubts and concerns regarding the actual events. Noesner has much to share about his impressions of Koresh as a person, and his demeanor in the brief time they communicated with each other.

Noesner seems to be interested and invested in reforms considering negotiations even after he personally left the field. He presently lives with his wife, Carol, in Virginia. Though there are snippets of his personal life on Instagram, it is not much.

Carol today paddling with confidence on the cold water.

Noesner continues to advocate for the need for peaceful negotiations. His family is a supporter of his ideas.

Very fun listening to my dad's FBI days and reminders that peaceful communication is possible in an increasingly combative country. Very proud of @garynoesner and what a great crowd full of curious listeners at @palefirebrewing last night. His book Stalling For Time is a great read. #vabeer #booksandbeer

Read More: Where Are the Waco Survivors?