We all grew up watching cartoon shows and Disney movies. At any point, did it strike you that your favorite cartoon characters might be one of those who represent the LGBT community? We live in a time where the stigma surrounding homosexuality seems to have faded out throughout all these years. Movies and shows that we binge on are nothing but a reflection of our society and how one gains most of the knowledge besides schools and parents. If you think about it, it is indeed a remarkable deed that they have introduced us to homosexual characters at an early age and did we love those characters! Albeit, we were kids back then and I don’t know how much of these characters’ traits you’ve made an observation about. It might be possible that you didn’t pay enough heed to the details at that time. We’ve come up with this list of top gay and lesbian cartoon characters ever. Get ready for some shockers! 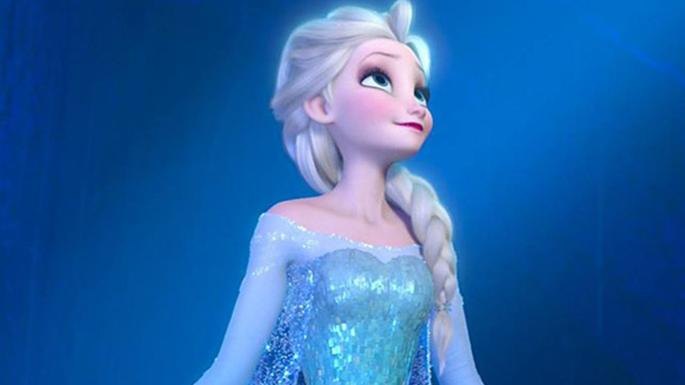 One thing that is common in all the Disney princesses is the fact that they all end up with their prince charming. Elsa is an exception to this theory. She is a fierce, strong and independent woman who makes it very clear that she needs no man to take care of her. Even her song “Let Her Go” turned out to be an LGBT anthem. Gay or not gay, that’s the most admirable quality of Elsa. This sensational princess trended on Twitter for quite some time. 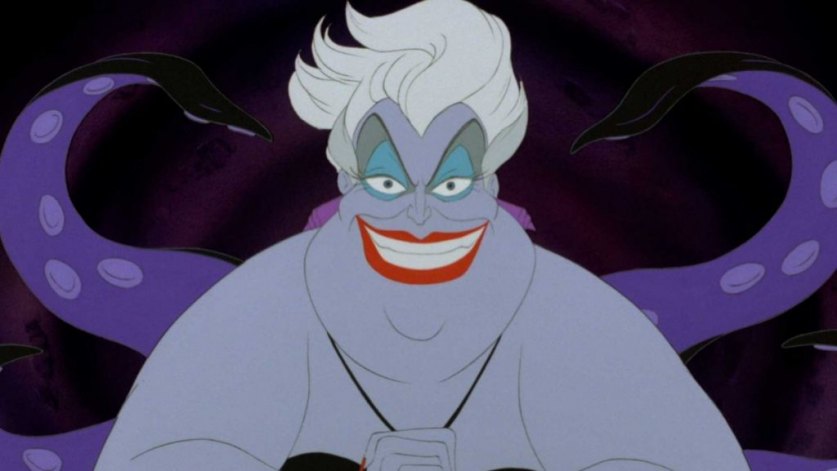 Ursula making this list has a lot to do with her looks. One can quite clearly say that her appearance seemed very much similar to that of a drag queen. Ursula plays an evil sea witch in ‘The Little Mermaid’. The way she tries to seduce and manipulate Ariel is very believable. Her body language made loads of people to conjecture this character was highly inspired by the drag queen Divine. Her rugged looks, vibrant makeup and zestful attitude made her an LGBT icon. 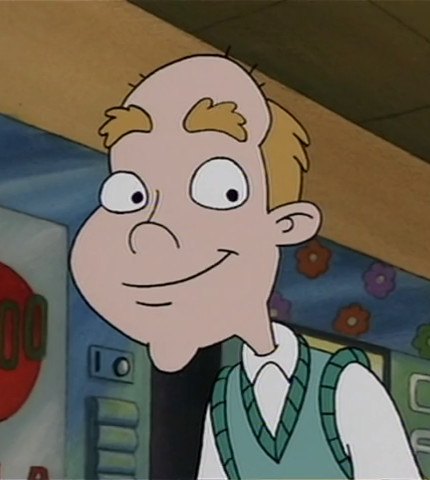 Mr. Simmons is Arnold’s fourth grade teacher and isn’t he a lovable character. His queer-coded behavior raises the entire bar. He does not officially come out on the show, up until the episode “Arnold’s Thanksgiving”. In that episode, it becomes crystal clear that Robert Simmons had a love interest going on with a guy named Peter, though their relationship was never explicit. The show’s creator Craig Bartlett put an end to this guessing-game by confirming their relationship. 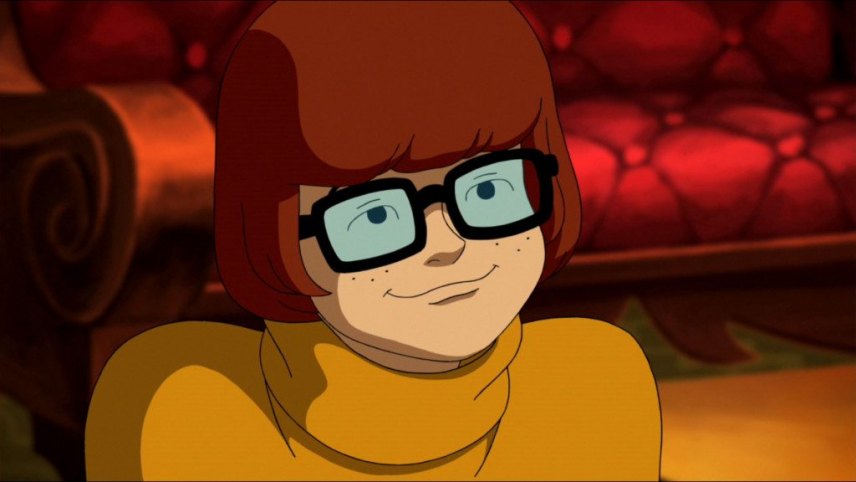 It’s an intriguing fact that in the original script, Velma’s character was written as a lesbian. This is one of the many reasons why people contemplate about her character being a homosexual. Velma was Mystery Inc.’s resident female mystery solver and was one of the most beloved characters in the show. Throughout the run of the show, she seemed fairly comfortable in her single life. It’s not so much about Velma’s character but the circumstances around her which made fans to believe the anecdotes. 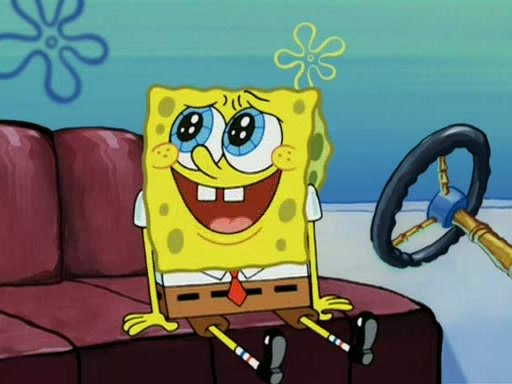 SpongeBob’s character was never considered as masculine as a male character is perceived. His weak physical appearance and squeaky-high pitched voice always say otherwise. The happy-go-lucky SpongeBob does have a female love interest in the show. His grandiosity and hyper-sensitivity are key traits that shape up his sexual orientation. This show had to face a foremost anti-LGBT critics’ detestation. 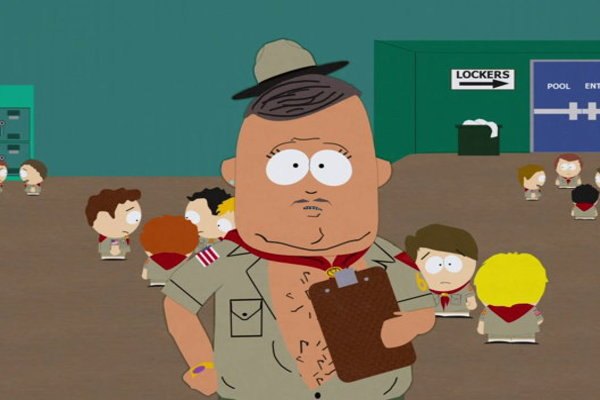 South Park was one of the most progressive shows in terms of introducing us with a multitude of homosexual characters. As you can comprehend with his name, Big Gay Al is gay and was a huge hit among kids. After Colorado legalized gay marriage in the episode named “Follow That Egg”, he ties knot with his beloved partner, Mr. Slave. Thanks to this character that we could all get to know how super it is to be gay. 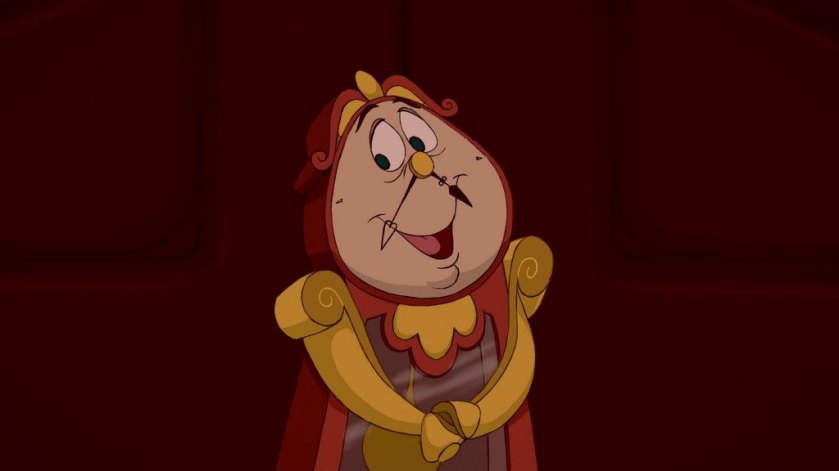 The older we get, the more noticeable the one-sided love between Lumiere and Cogsworth becomes. If you recall it well, Cogsworth never lets Lumiere out of his sight and the pair even bickers like a married couple. Cogsworth even seems to be the only character in the castle who doesn’t want to jump Belle’s bones. He only has eyes for his flaming friend Lumiere. Sadly, everyone knows that Lumiere is all about the ladies as the movie suggests he is dating a sexy feather duster named Babette. 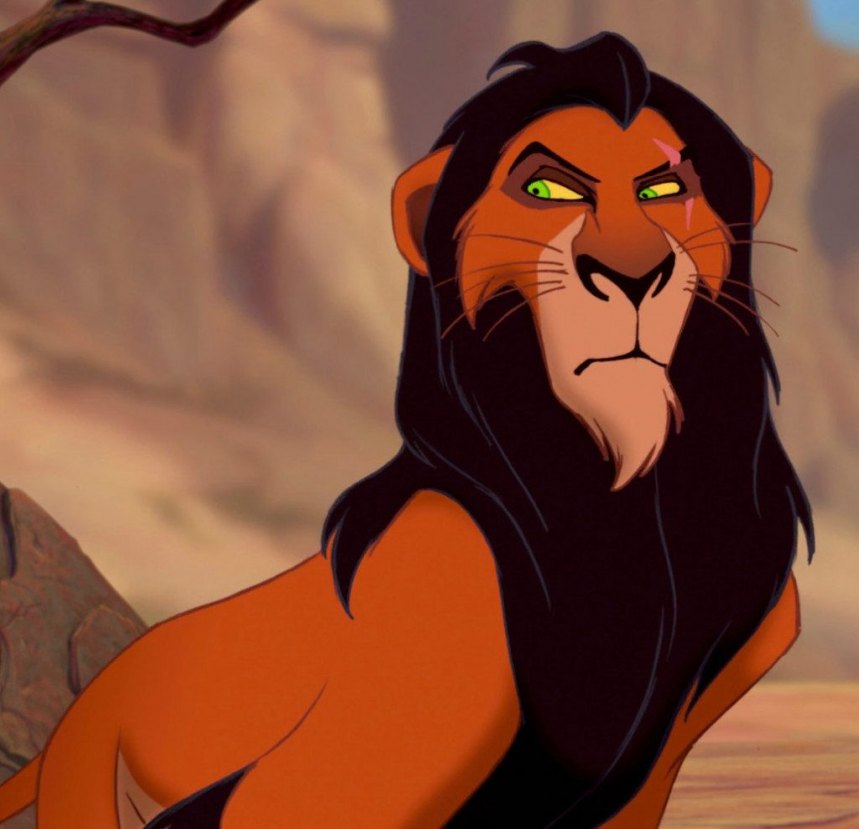 It might blow your mind when you figure out that Scar in The Lion King is gay but all the signs say it out loud. He’s effeminate, well-spoken and well-groomed all the time. Although none of it makes him gay, the fact that he’s consistently disinterested in all the females is a good indication. Throughout the movie, Disney gives out clues about Scar’s sexuality, in one way or another. Without being so blatant, they provide him with a same-sex love interest. 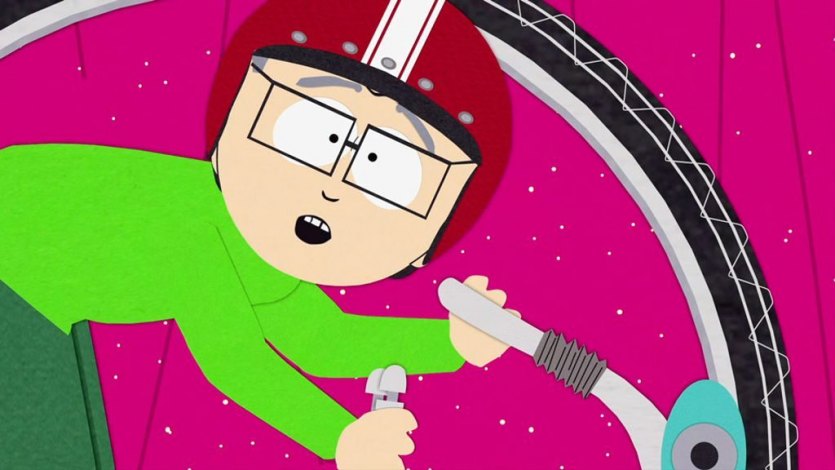 South Park was way ahead of the time at proudly laying out several LGBTQ characters and making them mainstream like no other show. It’s hard to believe that there ever was a time when the boys’ loose-cannon teacher was not a pompous member of the LGBTQ community. If you look back at the show’s earlier days, you will be reminded that Herbert is once obstinate about his heterosexuality. Thus developed his part-time catchphrase: “I’m not gay!” 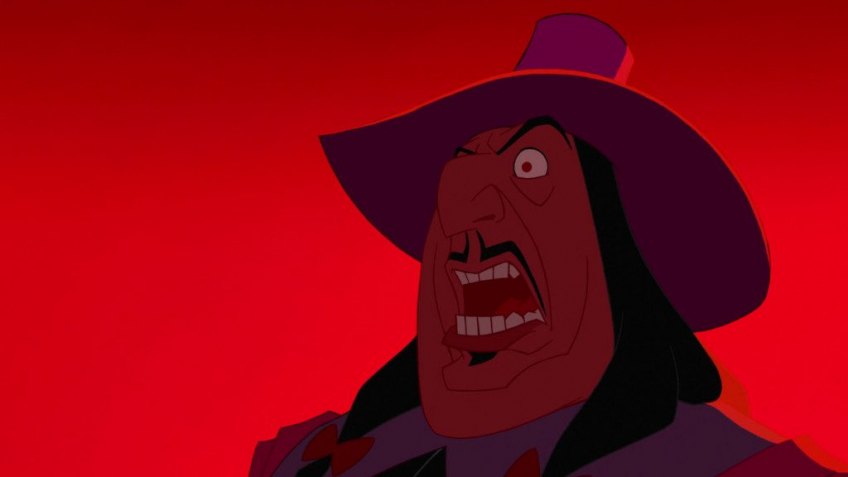 From his impeccable taste in fashion, to his over the top hand gestures, it’s not hard to see that Governor Ratacliffe from Pochantas is gay. Albeit he’s quite large and a main protagonist in the movie, Ratacliffe has many effeminate qualities. For instance, he’s often seen wearing bows in his hair, gleaming garments, and even carries around a tiny dog as if it were an accessory. One of the biggest cues to his sexuality is when Ratacliffe brags about how his enemies will be jealous of how much he glitters. 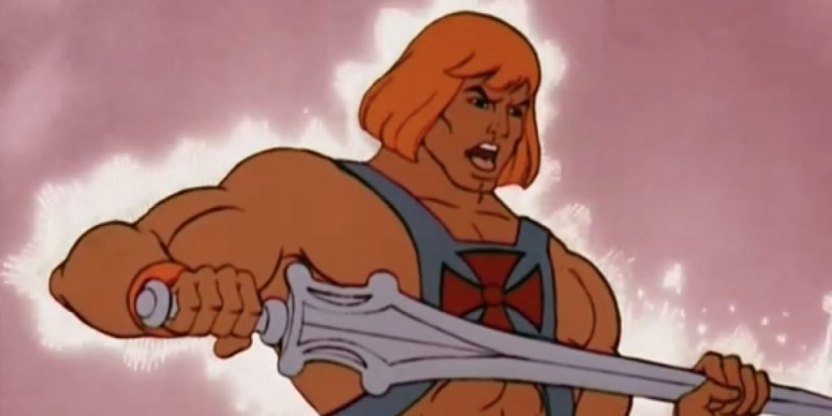 I can safely bet that all of you must have watched this supernatural character known as He-Man. He is the chief character of a series, comic books and various animated television series. Several trademarks of his characters including fur underwear, the blond short hair, leather clad and of course, his alter-ego known as Fisto, were all a clear indicator that his sexuality was always under question. Although, these are all speculations that came floating to the surface and no one made it clear, once and for all. Nonetheless, it didn’t affect our affection towards He-Man. 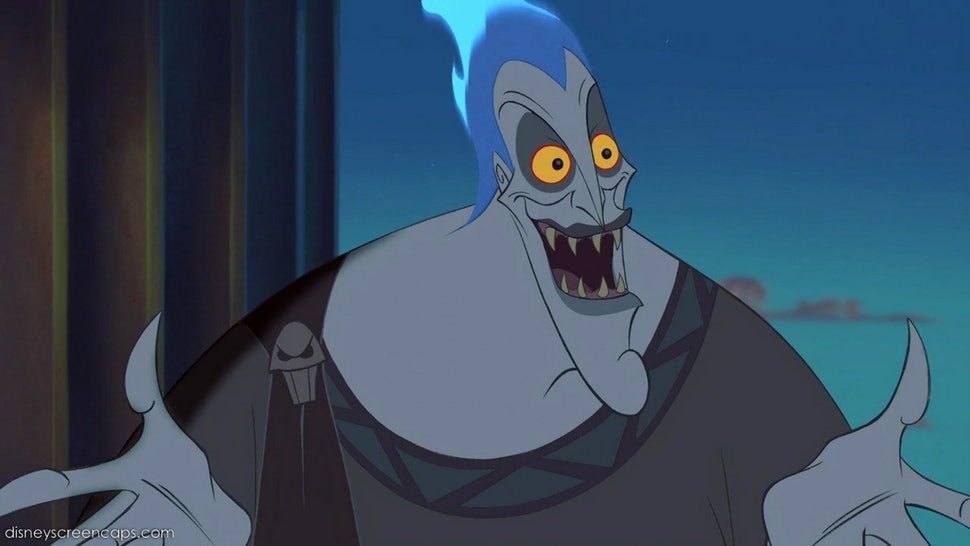 At times, don’t us girls wish we had a gay best friend with whom we can be ourselves without a second thought? Looking back at the movie ‘Hercules’, one can easily imply that Hades is a sassy gay man. He brilliantly fills the role of a gay best friend to Meg. He brings the most sass when he is yelling at Meg about how she is getting all worked up over some guy because gay men can tell so confidently about a guy whether or not he is awful. Hades is undoubtedly an ultimate gay BFF that we all dream of having but are not lucky enough to get. Aah.