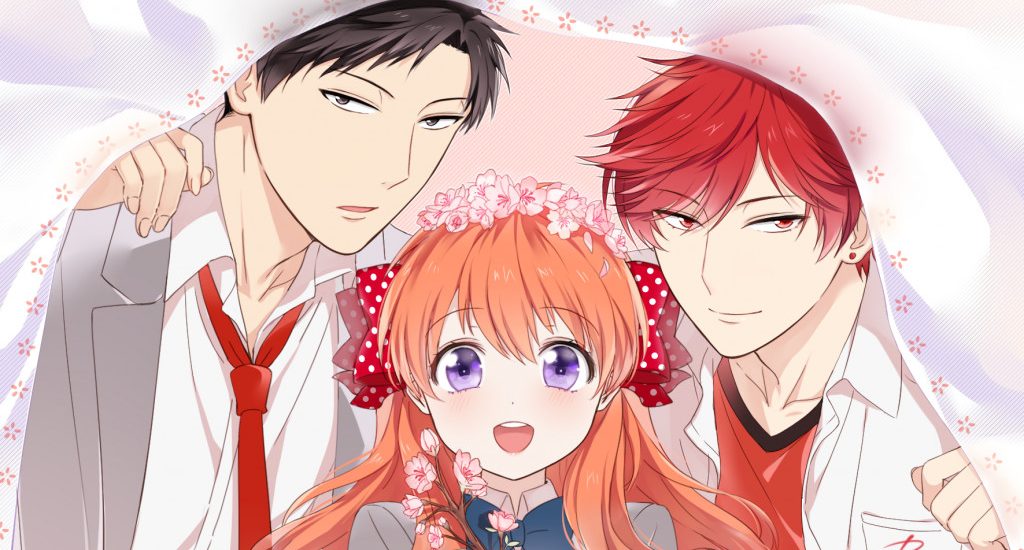 ‘Gekkan Shoujo Nozaki-kun’, also known more popularly as ‘Monthly Girls’ Nozaki-kun’ in English-speaking regions, is a Japanese manga series written and illustrated by Izumi Tsubaki. Izumu is also well-known for writing the popular manga series, ‘Oresama Teacher’. Staying true to her strengths, she comes up with yet another romantic comedy that follows the four-panel format. The artworks are quite bold and edgy, giving each character their own personalities. The manga first began serialization on the popular web magazine by Square Enix, called ‘Gangan Online’ on the 25th of August, 2011. A total of 10 tankōbon volumes have been published till date, with the latest one being released in August 2015.

In addition to the original comics, a collection of original stories have also been published with the content being provided by some of the most notable names in the industry, such as Tachibana Higuchi and Satsuki Yoshino. These add a flavor of the original source material and are extremely popular among hardcore collectors. An official fanbook was also released along with the collection to supplement the backstories and provide additional information. These were published on the 22nd of August, 2014 and Yen Press presently holds the rights to distribution in North American regions. A drama CD, produced by Frontier Works, is also available, which boasts a long list of popular voice actors in the industry such as Asuka Nishi (playing the character of Chiyo Sakura) and Hiroki Yasumoto (playing the character of Umetarō Nozaki). It ranked #32 on Oricon’s CD Album rankings.

The anime adaptation is produced by Doga Kobo and directed by Mitsue Yamazaki. It is important to note here that the anime was announced almost a year later after the Drama CD was released, leading to the fans speculating whether the same names will reappear in the cast. However, Media Factory put a stop to the speculations when a detailed list containing the key staff members were released to the public on the 21st of March, 2014. They confirmed that the cast will differ completely from the people who worked on the Drama CD and also announced that famed director Mitsue Yamazaki will be working on the project.

Yamazaki is well-known for his earlier works ‘Hakkenden: Eight Dogs of the East’ and ‘Durarara’ and fans were excited with what he would do with this series. Upon further inspection, fans also found out that Junichirō Taniguchi will be in charge of designing the characters, who is popular for working on ‘Puella Magi Madoka Magica’ and the second season of ‘Genshiken’. This managed to generate a lot of hype among the audiences and the development team was put under pressure to live up to its expectations.

Gekkan Shoujo Nozaki-kun Season 2 Release Date: When Will it Premiere?

‘Gekkan Shoujo Nozaki-kun’ season 1 July 7, 2014 on TV Tokyo, followed shortly by its subsidiaries in the rest of Japan in the same week. It received massive appraisal from fans mainly due to its loyalty to the original source material and for maintaining a proper balance between intellectual and light comedy. The series ran till September 22, 2014 producing a total of 12 episodes.

It is quite refreshing to see such unique romantic interactions between characters in a Shōjo manga and we would love the anime to return for a second season. Given the abundance of the source material, it is highly possible that the producers decide to give the anime a second run. However, as it stands at the moment, there have been no official statements that would lead one to believe that there are plans for a second season. Chances are that they will revive the anime when the manga starts to lose some traction, in an attempt to boost sales. But the anime is quite popular now, so the actual chances of that happening are quite slim. Our best guess is that in the unlikely scenario of the anime getting renewed, ‘Gekkan Shoujo Nozaki-kun’ season 2 release date could be sometime in 2021. We will update this section as soon as we hear more.

The anime is licensed by Sentai Filmworks in North America and can presently be streamed online on Crunchyroll.

The anime series is extremely well received by both fans and critics alike. Various critics and reviews found the series to be light and humorous and praised the cast for pulling off a fantastic job of bringing the characters to life. Anime News Network flat out called it one of the best anime of the season with Amy McNulty and Theron Martin calling it their favorite. Greg Smith of ‘The Fandom Post’ called the anime “both a celebration and a send-up of shoujo manga at the same time” while Dee Hogan found it to be “simultaneously very funny and sneakily brilliant”.

Dee Hogan, in my opinion, also pointed out an extremely interesting fact that really speaks volumes about the timelessness of this series. She produced an article on ‘The Mary Sue’ that spoke of how this anime managed the rare feat of a triple-reversal of gender roles and how our perception differs with the same. This is further enhanced by the fact that there is a general lack of violence, malice and meanness when it comes to most of the characters. It shows that such tactics are not really necessary when it comes to creating a memorable shoujo experience and becomes more and more redundant with time. Avoiding such tactics has ensured that the series stays relevant, meaningful and timeless.

‘Gekkan Shoujo Nozaki-kun’ revolves around the story of Chiyo Sakura and Umetarō Nozaki, two high school students who come into contact with each other due to their combined interest in manga. Chiyo falls in love with Umetarō after learning that he is the famous manga author of ‘Let’s fall in love’ that is published in ‘Monthly Girls’ Romance’ (or ‘Gekkan Shōjo Romansu’ in the Japanese version) under the pen name Sakiko Yumeno. She proceeds to confess her love for him, to which he is quite taken aback and responds by giving her an autograph. Thinking that she has been mistaken as a fan, Chiyo looks for opportunities to get close to Nozaki. She goes back to his apartment with him in an attempt to get to know more about his work. He is quite indifferent to her approaches as Nozaki is quite unmoving when it comes to romantic feelings despite being a famed Shōjo manga author himself.

However, Chiyo is not deterred from her motive and genuinely strives to learn the tricks of the trade. They both start pondering over new possibilities in the manga wherein Nozaki is trying to depict a romantic involvement between the two central characters. After giving it much thought, they both decide that a ride on a bicycle could be a good idea. But two people riding on a single bicycle is against the law and hence they decide to go for a romantic walk together. While taking inspiration from their real-world experiences, Chiyo again tries confessing her love to Nozaki but is again met with silence. Or worse still, another autograph!

The following day, Nozaki introduces Chiyo to his childhood friend and assistant, Mikoto Mikoshiba, who she finds extremely outgoing and painfully flirtatious. However, upon further inspection, she discovers that he is actually quite shy and embarrasses himself easily. While the two of them start working on the manga, Mikoshiba casually hangs out at Nozaki’s apartment, overseeing their work but pretending to be not interested at the moment; instead, he is simply fishing for attention and is waiting for the moment when the two of them will ask him for his help. He is adept with all kinds of artworks and is the main background designer in the anime.

Flustered and clueless, Chiyo decides to introduce her friend Yuzuki Seo to Nozaki in order to provide him with an inspiration for a character. The plot goes on to show how the two of them, along with help from Mikoshiba, interact with various other characters from their high school, who either help them with their manga or turn out to be inspirations. It also shows how each character develops their own unique identities and are in turn inspirations for each other in their own lives. This is further cemented by the fact that Mikoshiba is actually the true inspiration behind the female lead character in Nozaki’s manga.

Umetarō Nozaki: Originally voiced by Yuichi Nakamura in the Japanese edition and by Ty Mahany in the English rendition, Nozaki is the author of the manga, ‘Let’s Fall in Love’, under the pen-name Sakiko Yumeno. He is the main protagonist of the story. He is stoic in nature and displays minimal bouts of affection despite being the creator of a romance manga. Having no personal experience with love and romantic relationships, he is unable to react to Sakura’s approaches.

Chiyo Sakura: Chiyo is an energetic and cheerful high school student who develops a crush on Nozaki after finding out that he is the author of the famed manga ‘Let’s Fall in Love’. After approaching Nozaki one afternoon, he mistakes her advances as just another one of his fans looking for an autograph. Sakura, unable to grasp the situation, is left dumbfounded, at which point Nozaki invites her back to his place. They both develop a special bond and start brainstorming ideas for the manga with a little help from their friends.