Where To Stream Gemini Man? 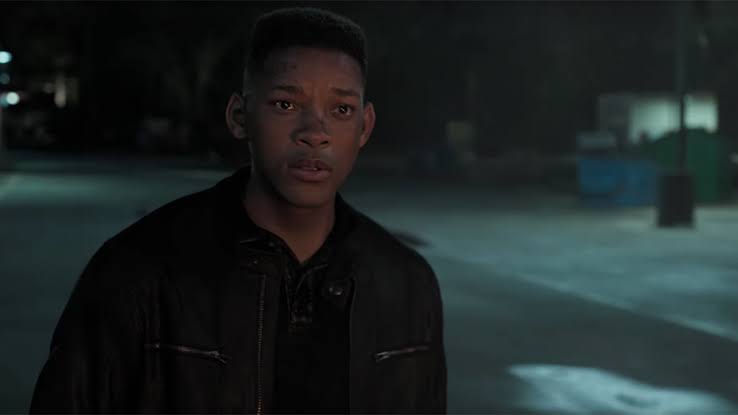 ‘Gemini Man’ is proof that movies often do get out of development hell and end up getting made. The American action thriller is directed by Ang Lee and stars Will Smith as an assassin on the run from the government who has to face his own clone, a younger and deadlier version of himself.

The plot of the movie was first conceived in 1997 and since then it has gone through several rewrites and changes. The actors who were attached to play a part in the movie include the likes of Mel Gibson, Sean Connery, and Sylvester Stallone. Despite being highly anticipated, the movie did not make a lot of waves upon release. Critics were quick to praise Smith’s performance, however. ‘Gemini Man’ is a hyped project and one that uses de-aging technology at a time when mainstream cinema seems to be embracing this new technique.

Overall, ‘Gemini Man’ is a fun movie you don’t want to miss and before we tell you where you can watch it, let us walk you through the plot of the film.

What is Gemini Man About?

‘Gemini Man’ introduces us to Henry Brogan, an aging assassin, who is sent to eliminate a terrorist on a bullet train. While he is on the mission, Henry’s spotter warns him about a young girl approaching the man. Henry is forced to delay the shot and as a result, the bullet hits the man’s neck instead of his head, contrary to the plan. Disillusioned with his operation, Henry decides to retire from the job. He meets Dani, a boat rental manager while settling down for retirement. Henry also gets in touch with an old friend who claims to have information from someone named Yuri about Henry’s target being innocent. Henry demands proof and sets up a meeting with Yuri. His former agency figures out that the ex-hitman has learned of their deception and plans to kill him. Clay Varris, a man who heads a black ops group called ‘GEMINI’, wants to eliminate Henry, but his request is turned down.

Henry realizes that Dani is also an agent and becomes friends with her, but government agents break into the hitman’s house. He calls his spotter, who is killed. Henry’s friend also becomes a casualty but Henry and Dani are able to fight off the killers and survive the first onslaught. However, the agency’s intentions terrify the two. They go to Henry’s former colleague, Baron’s home, where they plan to meet Yuri. This is when Clay dispatches a top assassin to kill Henry. While the ex-hitman fights the new threat, he realizes the operative has many of his skill sets and is deadly. He is nearly killed but law enforcement agents intervene, forcing the assassin to flee. It is revealed that the young operative is Clay’s adopted son, Junior, who is ordered to finish the job.

Henry has also noticed Junior’s similarities and when he brings it up with Dani, the latter suggests Junior might be his son. Upon running some DNA tests, it is revealed that Junior is Henry’s clone. The meeting with Yuri confirms that GEMINI has indeed been running a clone project and the person Henry assassinated on the bullet train was one of the scientists who was trying to leave. Henry tries to get Junior out of Clay’s influence and contacts his former agency. However, Junior sets a trap for Henry which the latter avoids. In turn, Henry ambushes Junior and tells him that he is a clone. This results in a confrontation between a heartbroken Junior and Clay who takes pains to convince him that he is still Clay’s son. However, Henry has made a mark on Junior who escapes GEMINI to team up with the ex-hitman with a plan to take down the entire unit. Although Henry initially urges Junior to lead a better life, he decides to keep fighting when Clay orders an ambush which kills Baron.

Henry, Junior, and Dani face waves of GEMINI assassins who are no match for the skilled trio. They also face a clone and the fight gets really intense. However, the clone, too, is finally defeated. Clay has no options left and attempts to win Junior over, by justifying his actions to him. Initially, the clone is in no mood to listen and wants to kill Clay. However, Henry steps in and tells Junior to redeem himself. Instead, the ex-hitman kills Clay, since he has to bear the burden of deaths on his conscience anyway. The three make sure that there are no more clones and they are out of danger. The movie’s end shows Junior in college, having taken the identity of Jackson Brogan. Henry and Dani are shown planning Jackson’s future.

Is Gemini Man on Netflix?

Netflix has some wonderful content to keep you on the edge of the seat. While ‘Gemini Man’ is not on the platform, you can check out ‘Polar‘, a gripping tale about a retiring assassin who has to face the tyranny of his old boss.

Is Gemini Man on Hulu?

Hulu is quite easily one of the best platforms to be a part of since they always make additions to their library, in order to stay ahead of competitors. While ‘Gemini Man’ is not on Hulu, you can check out ‘Face/Off‘, an excellent action movie from John Woo.

Is Gemini Man on Amazon Prime?

Amazon Prime is undoubtedly a fantastic platform when it comes to movies and television shows due to the wide variety available in their library. While ‘Gemini Man’ is not on the platform, you can check out ‘The Man From Nowhere‘, an intense action flick.

Where Can I Stream Gemini Man Online?

Unfortunately, ‘Gemini Man’ is not available for streaming elsewhere at the moment. You have to wait until it becomes available on some other online platforms.

Is Gemini Man Out on DVD or BluRay?

‘Gemini Man’ is not out on BluRay or DVD yet but is slated to release by January 2020. If you cannot wait that long, you should preorder your copy here.

Can I Stream Gemini Man Online For Free?

Sorry freeloaders, but there is no way to stream ‘Gemini Man’ online for free right now. You can catch it in theaters where it is still running, and we urge readers to pay for the art they consume.