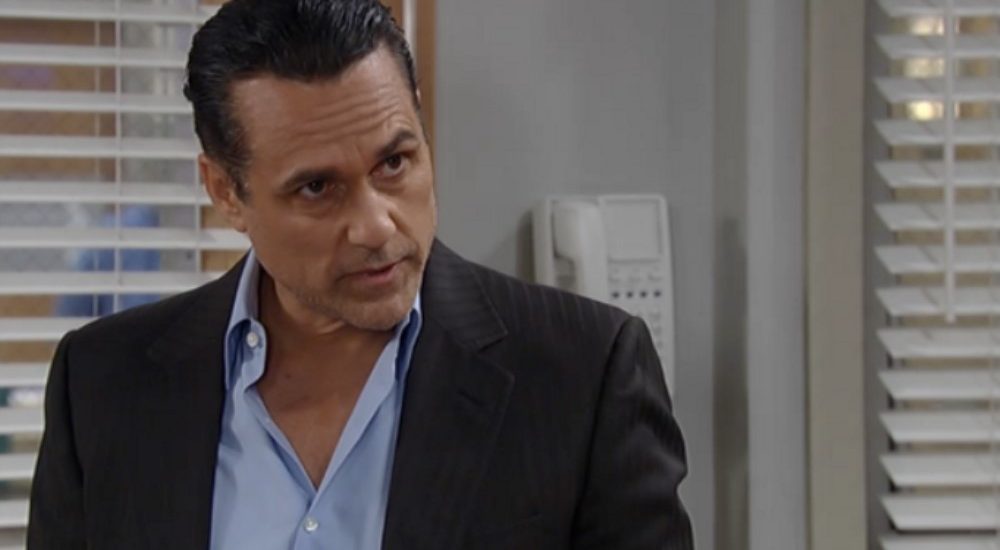 Things are as exciting as ever in Port Charles as ‘General Hospital‘ keeps the story going about a fascinating roster of characters. We already have a possible mob war brewing between the Corinthos family, especially Sonny, and Cyrus Renault, a drug dealer. Thrown into the mix is Brando, who comes clean about his past, but remains a problem since he knows that Dev is not his kid.

Meanwhile, Jax and Nina finally take the leap and get together. Their attraction has been undeniable, and Jax accepts the latter despite her baggage. Nelle stirs up more trouble for the Quartermaine family, and Michael is in a tough spot. His relationship with Sasha is going well, but Nelle’s presence complicates things, and she seems to have a particular agenda in mind, regarding the family fortune.

The Cassadine family has its moments of drama too, since Valentin’s results come back, and he is not a Cassadine. However, he has a deal in place with Nelle and is using Linc, to squeeze Brook Lynn, for shares of ELQ. Martin helps Valentin in orchestrating this plan. Thrown into the mix is Peter, whose shady past remains a constant threat to Finn and Violet, and Lucas, who wakes up from the coma, and might end up remembering everything, including Brad’s confession.

Naturally, you must be excited about what the upcoming week of ‘General Hospital’ has in store, and we have got you covered in that regard, with all the General Hospital spoilers for the week of February 17, 2020. Read on.

We know that Valentin and Lulu have a run-in early in the week. With the former being informed he is not a Cassadine, and daydreaming about shooting Jax with his gun, the encounter might turn out to be dangerous for Lulu. We also know how much Valentin loves Charlotte, so the meeting could also see Lulu and him exchanging banter about their daughter.

A mother and daughter day seems to be on the horizon as Bobbie and Carly plan to get together. Meanwhile, Michael is suspicious and believes something is ‘off’. However, what he is suspicious about, is anyone’s guess. It might be about Nelle’s departure, or Brad and his secret about Wiley. It might even concern Sasha. We will also see Chase following up on a police report that a waitress at Kelly’s filed.

Lucas, who is now awake, seems to be struggling with flashbacks. Although he initially said that he did not remember anything, it appears that Brad might not get off easily. Lucas just might remember Brad’s confession about the baby switch secret. Finn and Anna bump into each other, and with their feelings about Peter’s past, things might get heated.

Things are bound to get opinionated, as Molly vocalizes her thought process and feelings. We don’t know the subject she offers her opinion on, but there is going to be more drama. Meanwhile, Brad thanks Willow, and Sonny gets a little protective.

Nelle’s discreet exit has everyone excited because she has been stirring up trouble, but now also has a deal in place with Valentin, about the shares. It remains to be seen if the exit is a strategic one, due to the deal, and whether she takes Wiley along with her in the process. Naturally, this would upset quite a lot of people.

Sonny, meanwhile, does not hold back while issuing a warning. With Cyrus making moves, Sonny has been on edge. Being someone who makes good on his threats, it is best not to cross Sonny. However, it remains to be seen who is on the receiving end of the deadly threat. Curtis is going to confront Jordan. Furthermore, Mac and Taggert catch up, while Trina is visited by a family member.

Jason is the second person after Molly to offer his opinions this week. It might be possible that he speaks to Sonny about how to deal with the Cyrus situation, or he might offer his opinions to Anna about protecting Peter. He had also told Carly that he would inform her if things got too dangerous, so she could figure out whether to move with the children, so the conversation might be regarding this pressing matter, as well.

Jordan is going to run into an old enemy, as another confrontation looms on the horizon. Speaking of confrontations, Curtis is placed on notice, which makes this super couple’s arc rather interesting. Sonny tries to make sense of a situation, while Brad attempts to make amends. We see Chase getting increasingly frantic.

We know that Michael is going to be successful in one of his endeavors. This might be in relation to some action he takes in the Cyrus situation, or it might be about him trying to protect the fortune from Nelle. Carly has to figure out what is best for the baby.

Chase becomes the bearer of bad news, which makes us feel that he uncovers something that Willow won’t like. It might have to do with Nelle skipping town, in all likelihood, with Wiley. We also know that Ava is horrified by something, perhaps her own relationship with Nikolas. Jordan also comes clean, which promises to be yet another exciting moment of drama as another week of ‘General Hospital’ comes to an end.