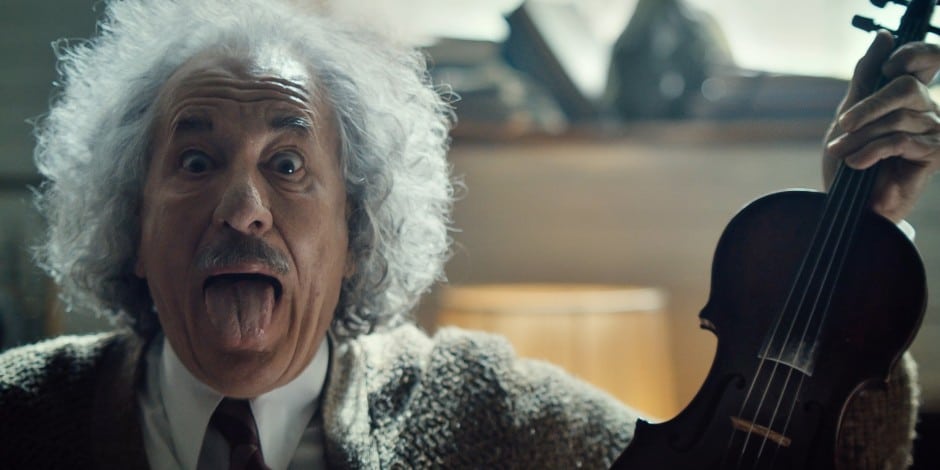 ‘Genius’ is an American anthology period drama series that airs on television on the National Geographic channel. It first premiered on April 25, 2017. The docudrama has been created by Noah Pink and Kenneth Biller. The latter is known for works such as ‘90210’ and ‘Beverly Hills’.

There are very few television series dedicated to resuscitating obscure genius from the past. While there has been a number of films and television shows made about great scientists and inventors, and artists, few focus on their actual work and instead put the spotlight on theatrical spectacles. ‘Genius’ is probably the one that comes the closest with its expansive and meticulous detail work.

Over the seasons we follow individuals who are considered geniuses in their own fields and stories presented to us are those of some of the greatest minds in the history of humankind. We follow these people from the time they are young adults to the ends of their lives, that is, the final years and the show lays bare these characters’ loves, flaws, relationships, causes, discoveries and most importantly, the underlying genius that guides them.

Naturally, the show has a strong fan following since the human mind is an intriguing aspect and there is nothing more intriguing than the mind of a genius. Critics have also lauded the show over the seasons, initially praising the form of a taut psychological thriller that the initial season took while appreciating the strong performances put up in the following season.

Genius Cast: Who is in it?

The main cast of ‘Genius’ changes over the seasons as the show focuses on a separate individual and the people in their personal and professional lives. However, some of the main cast members have included Geoffrey Rush, famous for his role as Hector Barbossa in the ‘Pirates of the Caribbean‘ series, in the role of Albert Einstein. Johnny Flynn portrays Einstein in his youth, while Emily Watson appears as an elder Elsa Einstein, Albert’s cousin, and second wife. There are several other characters including the likes of Max Planck the famous German physicist played by Ralph Brown, and Philipp Lenard, known for his research on cathode rays, played by Michael McElhatton, who fans might recognize as Roose Bolton of ‘Game of Thrones‘. The main cast is supported by a slew of recurring cast members who show the richness of Einstein’s life and the various people he interacted with over a period of time. Some of the notable supporting characters include the likes of J. Edgar Hoover, who went on to form the FBI, and Niels Bohr, who is best known for his work on atoms.

The cast for the sophomore season is more concerned with Picasso and his circles in France at that time. While Antonio Banderas of ‘Desperado’ and ‘The Mask of Zorro’ fame appears in the role of famous artist Pablo Picasso, Alex Rich portrays Picasso in his youth, probably showing the artist’s time in Spain. Clémence Poésy who plays the role of Fleur in the Harry Potter movies appears as Francoise Gilot, one of Picasso’s lovers and muse. Samantha Colley appears in the role of Dora Maar, the photographer who recorded the successive stages of Picasso creating one of his greatest works, that is, ‘Guernica’.

Once again, there are several other fascinating characters who help capture the art and intellectual scene in Paris at that time. Among these is Gertrude Stein who hosted several intellectuals during her time in Paris. Other notable characters include Andre Breton who wrote the ‘Surrealist Manifesto’ indicating a change that would be seen in Picasso’s work as well, and Jean Renoir, who was Picasso’s friend. We also get to see ‘Broadchurch‘ actor Andrew Buchan as Henri Matisse, who shared a fruitful rivalry with Picasso, and the two were considered to be leaders of modern art at one point of time.

In the upcoming season, initially, Mary Shelley, the author of ‘Frankenstein’ and wife of poet Percy Bysshe Shelley, was considered as the third genius. However, following the death of Aretha Franklin, and the outpouring of fond messages and remembrances of her phenomenal contribution to music, the network decided that she will be the first female genius on the show, shelving the idea of showing Shelley’s life for a possible later season.

Genius Plot: What is it about?

The main plot of ‘Genius’ revolves around the lives of brilliant minds over the many years of human history. However, where the show stands apart is the way in which it portrays these minds. One might almost expect that a show on Einstein and Picasso to go into details about the former’s scientific discoveries or the latter’s artistic styles and at most artistic rivalries. However, what is best about the series is the way in which it can manage to humanize these geniuses and show us that they are individuals as guided by desires and quirks as we are.

In the expert hands of Ron Howard, who earned an Oscar for ‘A Beautiful Mind‘, we see Einstein’s life play out and it starts with a shot that is sexual rather than scientific. As the series progresses, we see how Einstein too was prone to his mistakes when it came to human interactions, despite being a genius when it came to science.

In the case of Picasso, we see a deeply intellectual person forming friendships and rivalries in Paris at a time when some of the greatest minds flocked to the city. What is notable, is that both Einstein and Picasso were born around the same time, and thus, even though they belong to vastly different fields, there is some sort of structural undertone holding the series together, in terms of the cultural shifts and the monumental events witnessed by these two individuals. Amidst all this, Banderas stands out and saves the sophomore season, which in reality slides a bit, when compared to the tight execution of the initial season.

The upcoming season will be on Aretha Franklin and her longtime collaborator Clive Davis is on board as an executive producer. He said about the season, “Aretha and I shared a 40-year friendship, ever since she cooked me dinner to talk about working together to reinvigorate her career. I am forever grateful to have had the opportunity to collaborate with her and her incredible instrument. She was a gift to the world, one that will last for many generations. I am thrilled to be celebrating her genius with Brian Grazer, Ron Howard, and Imagine.”

Genius Season 3 Release: When will it premiere?

‘Genius’ Season 2 premiered on April 24, 2018. As far as the next season goes, we have good news for the fans. In April 2018, National Geography renewed the show for another season. No release date has been announced yet, but our best guess is that ‘Genius’ Season 3 can release sometime in October 2019. We will update this section as soon as we learn more.

While we wait for ‘Genius’ Season 3 release, check out the season 2 trailer to refresh your memories. If you haven’t seen the show yet head over to Nat Geo  to catch all the episodes of the previous seasons.