Where Are Gentille and Brian From ‘Marrying Millions’ Now? 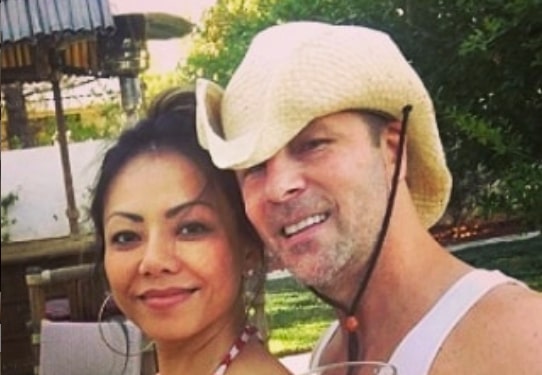 Romance novels and movies, as magical as it may sound has their own set of twists and turns. The plot gets even thicker when you add the dimension of class difference. Now, take all of this and put it into reality. This is precisely what Lifetime TV reality show ‘Marrying Millions’ wants to explore. The show has much to offer for many of us to learn from. The TV show that came out in July 2019 introduced its audience to six couples whose love would encounter much friction.

The audience was soon caught up in the whirlwind of events that ensued, leading to much satisfaction on one end and dissatisfaction on the other. Either way, if you are here to catch up on the recent events in Gentille’s and Brian’s lives, read on to find out more.

How Did Gentille and Brian Meet?

Gentille is a real estate investor who met Brian in the course of her work. Brian, an actor, and construction worker, won over Gentille with his charm and wit. The duo had faced some significant challenges in the past and continued to face many more when we met them in ‘Marrying Millions.’ The predominant issue they had a problem resolving was trust. Instead of receding, it amplified over time.

The breaking point was when Gentille learned about Brian’s ex, who he was engaged to. She had no clue about this. If this wasn’t bad enough, Brian’s ex-fiance was also a rich woman. The news was brought to Gentille by her friends, who she considers close enough to be an extended family. This was a very crucial factor that played out poorly on the day they were supposed to get married.

The whole event concerning Gentille and Brian has been criticized over time as being a set-up. As a result, questions were raised against the credibility of the show. There was no public record of the registered marriage license that is mandatory for a couple to get married. This raised some major red flags. Many began to question if the outcome of what happened that day was pre-determined. The onslaught of criticism made people doubt if Brian was an actor all along. In more ways than one, it ended badly for both of them.

Gentille and Brian: Where Are They Now?

The two seemed to be done with each other towards the end of Season 1. Gentille, who is very updated and active on her Instagram page, regularly posts photos of her modeling for Nomi Boutique. Gentille does seem to have moved on as she looks quite engaged and happy.

Her social and personal life is perhaps giving her enough momentum to get over what happened with Brian. In one of her posts, she thanks all her viewers, who have stuck with her through the hard times. She said:

“…I want you all to know that I do value your inputs and your opinions via the comments, e-mails, and direct messages…”

Along with thanking her viewers for their support, she spoke about how she plans to start Q and A videos to address people’s queries in great detail. Gentille continues to hang out with her girlfriends and living the luxury life.

Brian’s social media seems to be quite outdated in the aftermath of Season 1. His IG account seems to only have some throwback pictures from when he was mostly younger. Though there aren’t many updates on Brian’s end, we can surmise the gist of their relationship through what Gentille has been up to lately. It seems to be a closed chapter for the two.

Read More: Where Are Drew and Rosie From ‘Marrying Millions’ Now?