Are Geoffrey and Varya From 90 Day Fiance Together? 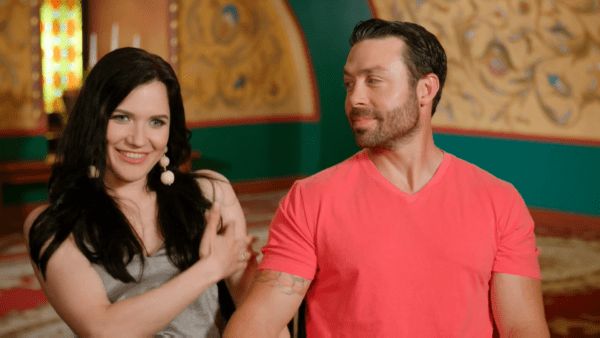 ‘90 Day Fiance‘ on TLC champions the idea that love transcends borders. The series follows couples who apply for a K-1 visa to spend some time with their better halves before deciding whether to tie the knot. Some of the relationships in ’90 Day Fiance’ have been wholesome, and even progressive like Erika and Stephanie’s. However, one love story that fans never really supported is Geoffrey and Varya’s. The former’s past is like a looming shadow that colors everyone’s expectations of him, and maybe even influenced Varya. Here’s where their love story has landed them.

Geoffrey and Varya have had a tense time on the show with plenty of ups and downs. The latter rejected Geoffrey’s proposal at first, which drove him back to the arms of Mary Wallace, a girl from his hometown. However, Varya went to visit Geoffrey, and they rekindled things, to the point that he proposed to her again.

Naturally, due to the love triangle involving Mary, Varya, and Geoffrey, Varya reached out to Mary with an olive branch when she and Geoffrey got back together. However, the Russian claims that Mary wasn’t ready to accept it. But all the drama aside, are Geoffrey and Varya together? Due to the coronavirus related lockdown, Varya could not go to Geoffrey after the engagement, meaning that she has time to think about her life with the man who’s been accused of assaulting his former girlfriend.

A couple of factors lead us to believe that Geoffrey and Varya are not together any longer. The two don’t follow each other on social media, and Geoffrey’s even put up a wistful post, stating that he and Varya have respect for each other irrespective of the outcome.

Cheers to going in as team and going out as one… #respect for each other regardless of the outcome. Take notes; that’s how it should be done. 😘 . . . . . . #90dayfiance #90dayfiancebeforethe90days #beforethe90days #knoxvilletennessee #knoxville #knoxvilletn #cheers #lastlaugh #gossip #truth #tellall #expose #enjoy #jackandcoke #fun #laughable #eatthis #smiles #behindthescenes #iownme #suchislife

Adding fuel to the speculations is Mary’s account that she’s not Geoffrey’s second choice contrary to what fans might believe. She stated that the two have decided that it is the perfect time to take their lives forward. Therefore, it appears that despite Varya and Geoffrey’s best efforts, the two just weren’t meant to be, and the latter is currently with Mary. She even has a cute behind the scenes video of Geoffrey, where he appears to be singing along to a Lumineers song.

Behind the scenes video. This is what was happening moments before Varya knocked on the door. (Forgive language.)He forgot the words. 🤣 #karaoke #lumineers #90dayfiancebeforethe90days #geoffreypaschel

Geoffrey and Varya won’t be part of TLC’s Tell All episode since the former is banned. The latter was invited but won’t be showing up either. Instead, Geoffrey announced that he’d have his own tell-all episode that fans can also check out on his Instagram profile. Both Mary and Varya will be offering their takes on all that has happened. Check out Varya’s post assuring fans below. From the tone of things, it appears that she and Geoffrey aren’t together.

I’m happy you’ve finally seen the last episode and now you know what happened half a year ago. Time flies so slow when you are apart far from each other. How much mess we went through past 6 months… how it affected us… what is our current status… We’ll tell you soon in our own “Tell All”. Stay tuned 😘 . P.S. thank you so much for your love. I can’t reply to all messages, but I do read them😉🙏🏻🙌🏻

Mary’s also shared a post for her viewers, stating all will be revealed soon.

First,allow me to say I am extremely grateful for the love and support. Secondly, I know you guys have a ton of questions. So, we have a little tell all coming your way extremely soon. Stay tuned for a little more of the story. #90dayfiancebeforethe90days #teammary #teamvarya #geoffreypaschel

Among one of the topics that might be broached is whether Varya and Geoffrey’s disagreements about starting a family led to the breakup. When they first got together, the couple wanted to start a family. However, as you can see in the interview below, Varya seems less certain.

It appears that having kids is not something she’s discussed clearly with Geoffrey, but the Russian is okay with not having children. The reason for their possible split and whether Mary’s still with Geoffrey will be the subject of the trio’s tell-all session.

Read More: Are Geoffrey and Mary From 90 Day Fiance?