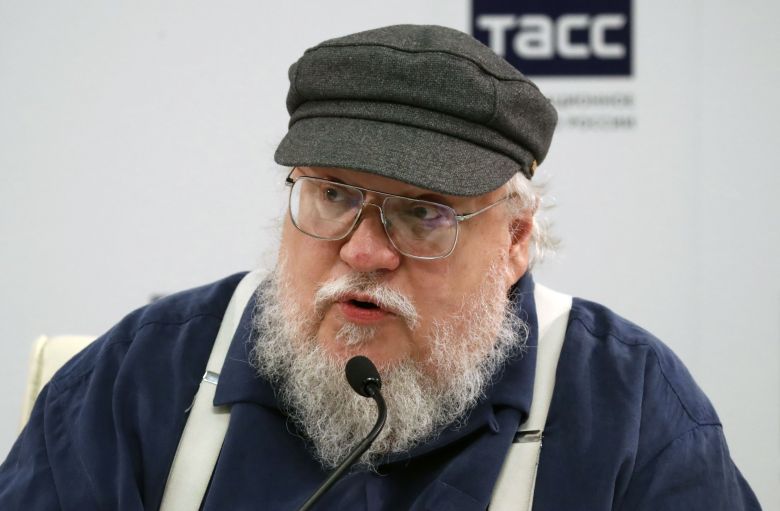 George R.R. Martin has revealed that he will not change the way he plans to finish out the ‘Game of Thrones‘ book series, although some possible endings may have been explored in the HBO show. For those unaware, HBO’s ‘Game of Thrones’ went on to become a global phenomenon and is based on George R.R. Martin’s novels, called, ‘A Song of Ice and Fire’.

In a rare interview with The Guardian, Martin emphasized that the show version had not been ‘very good’ for him, but went on to assert that the television endings will not influence the paths his remaining books take. He said, “No, it doesn’t. It doesn’t change anything at all … You can’t please everybody, so you’ve got to please yourself”.

Most fans are likely to agree with Martin that the show’s ending has not been very good. There has been an online petition calling for a rewrite of the final season which has garnered over a million signees. Notably, at the San Diego Comic-Con last month, passion against the show’s creators was so high that the ‘Game of Thrones’ panel had to start with a plea for civility. Nikolaj Coster-Waldau even joked during the  SDCC panel, saying, “Of course HBO are going to change the whole thing”.

Apart from speaking about his books, the 70-year-old author also lamented about the show which slowed down his writing due to the newfound celebrity. He said, “The very thing that should have speeded me up actually slowed me down. Every day I sat down to write and even if I had a good day … I’d feel terrible because I’d be thinking: ‘My God, I have to finish the book. I’ve only written four pages when I should have written 40.’ ” When asked about the online vitriol against the show, Martin responded that he had deliberately removed himself from all of the online complaints and theories. However, he mentioned noncommittally that some of the fan theories were right, while others were wrong. One would have to wait until Martin finishes his books to find out for sure.

Coming back to his celebrity, Martin said that the magic of fan interaction had lost all its charm for him. He mentioned, “I don’t want to go to a party where an unending succession of people wants to take selfies with me. Because that’s not fun the way it was in the old days. That’s work.” The author mentioned not being able to shop normally either, saying, “I mean, I can’t go into a bookstore anymore, and that used to be my favorite thing to do in the world. To go in and wander from stack to stack, take down some books, read a little, leave with a big stack of things I’d never heard of when I came in. Now when I go to a bookstore, I get recognized within 10 minutes and there’s a crowd around me. So you gain a lot but you also lose things.” (Cover Image Courtesy: Anatoly Maltsev/EPA/REX/Shutterstock)