Where Are Georgina Mitchell and Joan Warren Now?

The documentary film, ‘Murder to Mercy: The Cyntoia Brown Story,’ digs into the life of Cyntoia Brown, who was sent to prison at the age of 16 for murdering Johnny Allen. The trial gained popularity not only for the nature of the crime but also due to the generations of abuse that runs in Cyntoia’s biological family. The case has also witnessed a change with respect to laws concerning the conviction of minors.

Cyntoia was convicted with an additional bias of being a prostitute. However, throughout the years, the law has changed to understand that any child who is a minor is a victim of sexual abuse if they have been subjected to make money through sex. What was even more astonishing was the revelation made regarding Cyntoia being a victim of generations of sexual and drug abuse.

Who is Georgina Mitchell?

Georgina Mitchell is Cyntoia’s biological mother. She was sixteen when she got pregnant after a wild night of cocaine consumption. Mitchell regularly consumed alcohol throughout the course of her pregnancy. This was later assigned to be the cause of FASD (Fetal Alcohol Spectrum Disorder) that Cyntoia developed which then prevented her from living a normal life subjected to intense mood swings and anger. After giving birth to Cyntoia, she gave her up for adoption. It, however, wasn’t as straightforward as that, riddled with disappearances, alleged kidnapping, soliciting for sex, drug abuse, etc. In any case, Cyntoia ended up under the legal custody of her friend Ellenette Brown.

In the course of the documentary, the viewers are made to see another side of Mitchell, who is commonly brushed off as a negligent mother. Mitchell was sexually abused right from her childhood. Not very unlike Cyntoia, she too was prey to her mother’s habits and sexual history. She talks about a man named Walter from her childhood who often took her to secluded locations like the woods, his house, or so to molest her, regularly from the age of six to ten. At the end of every such trip, she would be given $ 20. Mitchell recalls her helplessness in which her own mother never did anything to stop the abuser. Mitchell can be seen making an effort to get herself in order in the light of the case, being extremely open about her experiences.

Who Is Joan Warren? 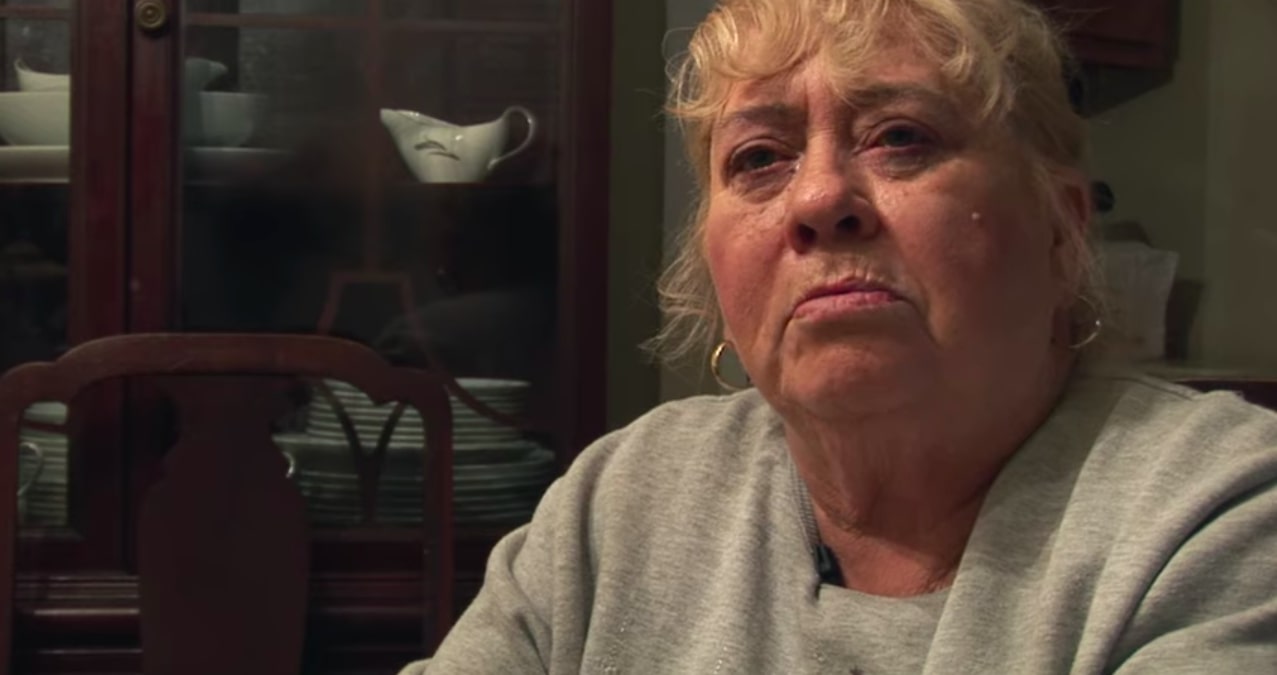 Joan Warren is Mitchell’s mother; in other words, Cyntoia’s grandmother. Mitchell describes her as the worst-case scenario with respect to her mood swings that almost ended in her shooting herself with a gun. As the documentary introduces Warren, she explains herself to be a victim of various forms of sexual abuse and harassment. Warren claims how Mitchell was the result of a brutal rape by a man named Tommy, where he beat her up in the process. She also talked about the culture of wearing makeup to cover up bruises in public. In more ways than one. Warren, in her faults and fallacies, admits her wrongdoings with a statement that her family should just stop having children.

Where Is Cyntoia Brown’s Grandmother Now?

Though we see her briefly in her home in the documentary, many details regarding her present are not disclosed. As an old woman who recollects her trauma, hearing what her biological granddaughter has been put through, she is seen musing in her past life. One can assume that, despite everything, she is keeping well.

Where Is Georgina Mitchell Now?

Georgina Mitchell seems to have turned her life around and is quite socially and politically active on both Instagram and Facebook. As of recent, she regularly posts pictures and details concerning the release of her daughter’s documentary.

In addition, she supports similar causes of one time convicted individuals seeking clemency. Mitchell can be seen posting a variety of social issues that needs public awareness.

She also seems to be proud of the achievements her daughter has accomplished even though she was sentenced to prison. The Netflix release date of Cyntoia’s documentary coincides with Mitchell’s 49th birthday.

It almost seems like a symbolic gesture for the renewed lives of these women. Mitchell is also quite vocal about people taking quarantine more seriously.