When Will Get Shorty Season 4 Premiere on Epix? 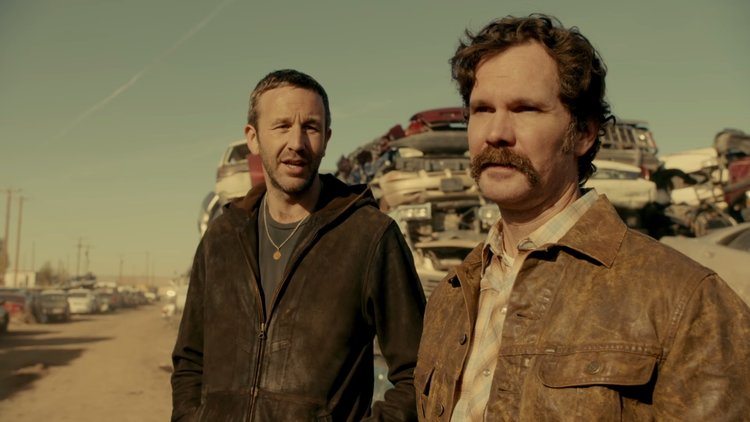 ‘Get Shorty’ is an American crime comedy-drama television series that airs on Epix. Created by Davey Holmes, the show is based on the 1990 novel of the same name by American crime fiction writer Elmore Leonard, which was adapted into a film, also called ‘Get Shorty’, in 1995. While Leonard has written several novels since the 1950s, a special mention goes out to his 1992 novel Rum Punch which, in 1997, was adapted by the brilliant Quentin Tarantino into his award-winning movie ‘Jackie Brown’.

As far as the subject matter of ‘Get Shorty’ is concerned, the show follows an enforcer for a murderous crime ring in Nevada who decides to leave his life of crime behind for the sake of his daughter. Despite his wishes to become a movie producer in Los Angeles, he ends up bringing his life of crime with him to the new city.

A relatively recent show, Season 1 of ‘Get Shorty’, consisting of 10 episodes, first premiered on Epix on August 13, 2017, and made a good impression on television critics and viewers alike. Unsurprisingly, Epix was quick to renew the show for a 10-episode Season 2, which premiered a year later, on August 12, 2018. More than a year after that, ‘Get Shorty’ season 3 released in October, 2019.

After such a successful three-season run, the question is: will there be a ‘Get Shorty’ season 4? We will try to answer that question, but first let’s quickly go over the details of the show.

Get Shorty Cast: Who is in it?

In the show, Chris O’Dowd plays the role of the main protagonist, Miles Daly, an enforcer for a Nevada crime ring looking to leave his life of crime behind and enter the film industry in Los Angeles. Lucy Walters plays Miles’ wife, Katie, who is filing for divorce. Miles and Katie’s daughter, Emma, is played by Caroline Dodd.

Read More in TV Preview: The Chalet | The Crown | You Me Her

Get Shorty Plot: What is it about?

Interestingly, while ‘Get Shorty’ is based on Leonard’s 1990 novel, it does not borrow any characters or any plotlines from the novel. The only thing it borrows is the novel’s premise of a hardened gang enforcer looking to ditch his life of crime in favor of a career in the film industry. Understandably, the show has been described to be more of an homage than an adaptation of the novel.

‘Get Shorty’ i.e. the show tells the story of career criminal Miles Daly who tries to get away from his life of crime for the wellbeing of his daughter Emma. He tries to do this by making a movie with B-list Hollywood producer Rick Moreweather, laundering money through the film in the process.

As the show progresses, Miles’ attempts to get clean gets complicated when his relationship with Rick starts to splinter, and the FBI comes poking around. Rick agrees to wear a wire to aid the FBI’s investigation, led by special agents Clara Dillard and Ken Stevenson, into the criminal organization Miles came from. This, of course, complicates things for Miles, and what ensues is much hilarity and drama.

Season 3 starts with the release of Miles Daley from prison. Once out, Miles settles into his assistant job at Budd E. Boy Productions, arousing suspicion and fear in Laurence. Miles also starts doing business with the cartels, while helping his daughter’s friend evade the vengeance of a dangerous gang. In the season finale, Miles is questioned by detectives who are investigating into a supposed suicide. Rick, meanwhile, connects with a long-lost friend and finds comfort at a very ‘loving’ commune.

In terms of reception, ‘Get Shorty’ enjoyed a fair amount of critical acclaim, and was given a score of 78% on Rotten Tomatoes, with the critics’ consensus reading, “Get Shorty’s slick production values are complemented by its seasoned cast’s chemistry to create a fun-filled, if violent, first season that lives up to its source material.” Viewers, on the other hand, seem to have loved the show, and it boasts a great overall rating of 8.1/10 on IMDb.

Get Shorty Season 4 Release Date: When will it premiere?

As far as the next season goes, we have not heard from Epix yet. Though considering the fact that ‘Get Shorty’ is one of the highest rated shows on Epix, it is almost sure to receive another season. The ending of the third season is also a good enough indication. If renewed, you can expect ‘Get Shorty’ season 4 to release sometime in October 2020. We will update this section as soon as we hear more.

While we wait for ‘Get Shorty’ Season 4, enjoy the season 3 trailer below.