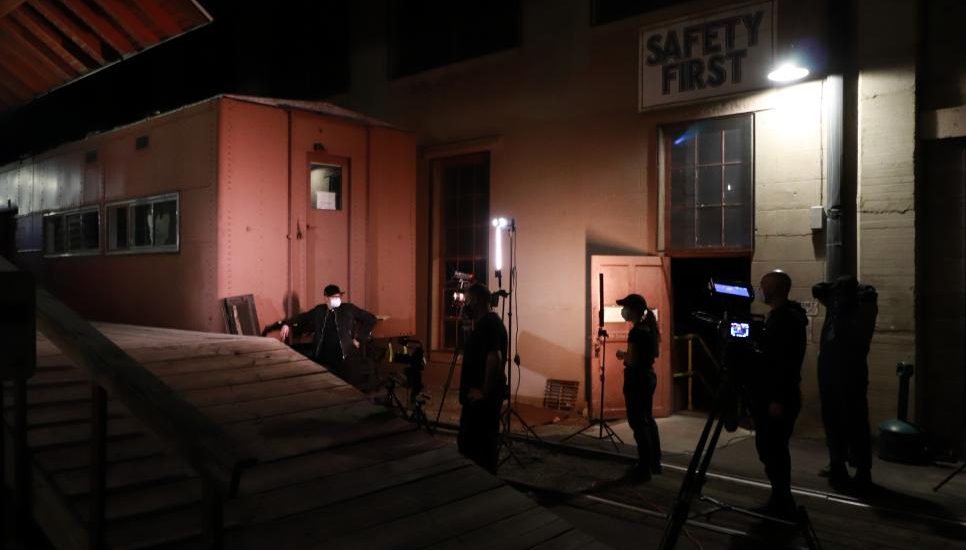 ‘Ghost Adventures’, Travel Channel’s surreal paranormal documentary, follows paranormal investigator Zak Bagans as he leads his team (Aaron Goodwin, Billy Tolley, and Jay Wasley) to explore infamous haunted locations. Each episode focuses on one eerie site and narrates the story via interviews with locals. The crew then carries out a full-fledged investigation on their own, aided by their deep knowledge and modern equipment.

The show, which happens to be one of Travel’s most popular titles, returned with its 21st edition on November 5, 2020. Now, it is all geared up to drop its second episode, and here is everything you need to know about it.

The upcoming episode is called ‘Painted Lady Brothel’. In the episode, the team of ‘Ghost Adventures’ reaches Albuquerque, NM, to investigate a former brothel and saloon. Apparently, the site is still inhabited by an aggressive male spirit. The terrifying entity pushes Zak Bagans, Aaron Goodwin, Billy Tolley, and Jay Wasleyguys to their limits as they try to get to the crux of the mystery. Their end goal is to save the establishment’s owner from further harm.

You can catch the latest episodes of ‘Ghost Adventures’ season 21 on tv as and when they air on Travel Channel, by tuning in at 9 pm ET each Thursday evening. You can avail of this service by opting for a cable subscription. The next option is to catch all the aired episodes on Travel’s official website.

Live-streaming is also an alternative for many cord-cutters. Without a cable subscription, you can stream the show on Fubo TV, Directv, Sling TV, Philo TV, and YouTube TV — via any of your devices, which include iOS and Android, Macs and PCs, Roku, Apple TV, Amazon Fire TV, Android TV, and Chromecast. The final alternative is Amazon Prime Video. On this platform, you can either purchase an individual episode or buy an entire season.

Episode 1 is titled ‘Ghost Train of Ely’. As per Travel Channel, “Zak and the crew hop aboard a 100-year-old steam engine for a lockdown they will never forget. It’s a paranormal-packed ride as the guys investigate reports of apparitions and strange anomalies along the historic Nevada Northern Railway.”

In the remote mountain town of Ely Nevada, people say that the Ghost Train of Old Ely comes “alive”. There have been reports of sighting legions of demons, ghosts, and goblins, who make an appearance, especially during the chilly October months. The route for the train includes viewings of UFOs, headless horsemen, hitchhiking ghosts, haunted tunnels, creepy campfires, and ghastly ghost towns.

It is still a mystery why these eerie scenes occur only by the mainline. It is also not yet solved why around 100 volunteers from the communities surrounding Ely vanish each year during the train trip. Moreover, most of the entities resemble real people. Can the team of ‘Ghost Adventures’ give us answers? Watch the episode to find out!