‘Ghost in the Shell SAC_2045’ is a highly anticipated sequel/remake of the widely acclaimed ‘Ghost in the Shell’ franchise. The series is quick-paced, full of action, and in many ways, a reminiscent of the original ‘Ghost in the Shell SAC.’ If you’ve already seen it and you’re having a tough time wrapping your head around its complicated second half, read on to get a better understanding of its ending and all the events that lead up to it.

‘Ghost in the Shell SAC_2045’ is set in the year 2045 where the world is recovering from an economic disaster known as Synchronized Global Default. As a consequence of this downfall of society, there were many prompt developments of AI-based technologies. With this, the world drifted into what is known as a “sustainable war.”

Although the general public still remains naive towards the true impact of this war, the leaders of the world start facing some grave consequences. Aramaki Daisuke identifies this threat in its initial stages and requests his elite team of agents, known as Section 9, to reunite and stop this danger from spreading further. In the meantime, a new species of technologically evolved humans, referred to as the “post-humans,” begin to emerge and only Section 9 can stop them. 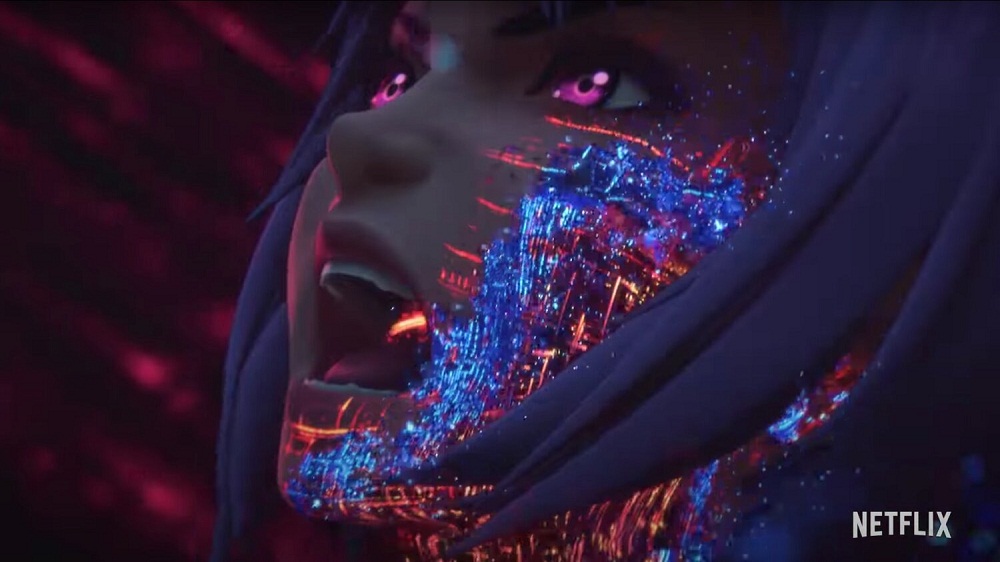 After their reunion, the members of Section 9 are introduced to the post-humans, one of whom, they had faced earlier in one of their previous missions for the government. It was also established that the government intends to kill them once they are done dealing with these advanced humans as they do not want anyone else in the world to know about their existence. But before they are killed Daisuke manages to save them and then puts them on a new mission to track down other similar humans. Daisuke briefs them about the existence of three such humans who are in Tokyo and with this, the team starts tracking them down.

The first post-human turns out to be a former boxer, who uses his advanced cybernetic abilities to stay invisible and kill people with strong punches. Upon further investigating his case, Section 9 notices a pattern in his killings: all of his victims seem to be linked to the Tokyo Reconstruction Project. As they further delve into his background and his intentions behind these, they realize that he was primarily targetting illegal immigrants and refugees. This concludes their first post-human case which turns out to far too simple compared to what follows.

The Ending: Takashi Shimamura and his Intentions, Explained 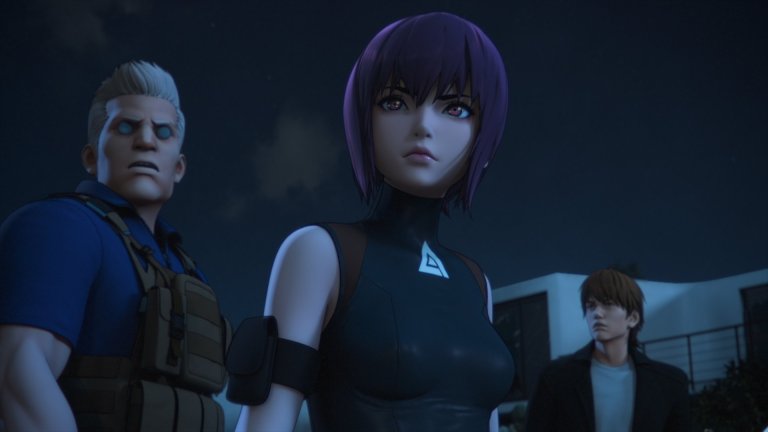 The next post-human they come across turns out to be a middle school kid named Takashi Shimamura. At first, they discover the footage of a man who was attacked at a terminal by an invisible force. The video footage later leads them to a man who was enjoying this attack in the background. The man then reveals it to them that he was using an AI application known as “peephole” to watch the attack and only the ones with special access get to use it. This further leads them to a very complex system known as the “Thinkpol” which allows people to eliminate corrupt leaders of the world. “Thinkpol” adopts a very basic user interface where the users get to choose whether or not they want to kill some political leader. If the result turns out to be in favor of the murder, all of their cybernetic manifestations show up at the person’s location and kill him.

While researching this even further, Togusa tries to analyze data that he had confiscated from Takashi Shimamura. But the data somehow manages to enter his own cybernetic brain and manipulates his consciousness. All of this leads him to Takashi Shimamura’s backstory and reveals why the boy designed ‘Thinkpol.’ So the ‘Thinkpol’ basically works like “Thought Police” from George Orwell’s 1984, a book which was given to Takashi by an airborne trooper. At a young age, Takashi was forced to realize that the world he lives in is corrupted by the ones in power and despite knowing about it, no one really takes up the courage to do something against it.

After being inspired by the defiant methods of the airborne trooper and his book recommendation “1984”, Takashi decided to make his own “thought police” where people can fearlessly take action against the ones in power. According to Orwell’s book, “thought police” is a secret force that punishes the ones who dare to have personal and political thoughts opposing the government. Thinkpol serves as the perfect allegory for this but just works in the opposite way. Instead of being against the idea of having political contradictions opposing the government, it promotes it and allows people to do something about it.

Season 2: What to Expect?

In the closing moments of the anime, while following Takashi’s past manifestations, Togusa suddenly disappears while Batou just watches him vanish into thin air, wondering where he went. This creates the perfect cliffhanger ending for season 1 and leaves a lot of room for a sequel. From what we’ve known in season 1, Togusa will now probably be led to the exact spot where all of these posthumans were being created. Even the airborne trooper who Takashi had met earlier seemed to have a very strong sense of justice like all the other post-humans.

So it is possible that an organization had predicted the sustainable war and had decided to create advanced cybernetic humans, who could bring necessary justice to the world. All of this makes it pretty evident that in the world of ‘Ghost in the Shell’, the lines between good and evil are a complete blur and Section 9 will eventually have to choose whose side they are on.