When Does ‘Ghost Nation’ S02 Come Out? 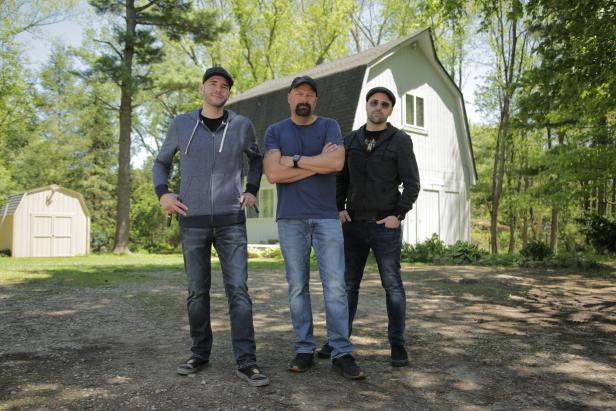 ‘Ghost Nation’ is Travel Channel’s paranormal-themed documentary that features a trio of pioneering supernatural investigators who respond to urgent calls, regarding weird and ghostly happenings, from local ghost-hunters across the nation. The first season of the show was well-received. Now, the question arises: when will ‘Ghost Nation’ season 2 premiere? Let’s find out.

Ghost Nation Season 2 Release Date: When Will It Premiere?

As far as the next season goes, here is the thing. In December 2019, Travel had renewed the show for another season, comprising 20 episodes. Matthew Butler, general manager, Travel Channel confirmed the news in a statement, saying: “Ghost Nation was an exciting launch for us, and it’s clear our viewers are just as eager to see Jason, Steve, and Dave back on the case, doing what they do best. We’re beyond elated to do another season with them, super-serving their loyal fan base with more locations and deeper investigations.”

Now, we also have an air date and the second season is landing sooner than expected! Ghost Nation season 2 is slated to release on April 22, 2020, at 8 pm ET, with a two-hour premiere. Following this, new one-hour episodes will land every week on Wednesday nights at 9 pm ET. Don’t forget to mark your calendars!

Veteran paranormal researchers Jason Hawes, Steve Gonsalves, and Dave Tango serve as both the hosts and lead investigators on this supernatural series. Jason Hawes, founder of The Atlantic Paranormal Society (TAPS), has been involved in solving cases related to unearthly occurrences since 1990. A prominent figure in the sphere of supernatural and paranormal studies, he has led several cases for law enforcement, religious organizations, and U.S. government agencies. Hawes is also the co-creator, narrator, and star of ‘Ghost Hunters’, a best-selling author, and a radio host.

Steve Gonsalves, formerly employed with the police force, is a public speaker and educator about paranormal phenomena. He has been in this profession for almost two decades and has featured as one of the lead cast members on ‘Ghost Hunters’. In his lifetime, Gonsalves has solved around a thousand cases and worked with leading supernatural researcher Dr. William G. Roll at the Rhine Research Center. He has featured on multiple tv shows and radio programs.

Dave Tango, yet another paranormal authority, ventured into the world of ghostly occurrences at a young age when his father, who was in the police force, told him stories of true, unexplained encounters. Curious, sharp, and having a knack for solving problems, Tango can easily differentiate between what is real and what is an illusion. He is always ready to try and experiment with new techniques when it comes to solving strange incidents.

In season 2, Jason, Steve, and Dave will be making their respective comebacks. They will be joined by paranormal investigator Shari DeBenedetti who will monitor the footage related to the investigations.

What Can Ghost Nation Season 2 Be About?

‘Ghost Nation’ follows Jason Hawes, Steve Gonsalves, and Dave Tango as they revert back to emergency calls from local paranormal investigators who are unable to crack paranormal cases handed to them. The trio responds to this summons and helps homeowners tackle harrowing hauntings and unexplained phenomena. Each episode takes up one case that is extremely challenging, full of risks, and not to mention, scary.

The investigation proceeds in several stages. First, we get a detailed account of a shocking paranormal occurrence, accompanied by a compelling piece of evidence. We hear tales of a couple who claim that their nanny-cam has captured footage of a ghostly apparition stalking their baby’s crib, a local group who seems to have caught a glimpse of shadow people, and an investigator scratched by an unknown entity.

Our team of paranormal experts, named United Paranormal Research Organization (UPRO), uses state-of-the-art technology, keen investigative prowess, and meticulous methodology to crack the toughest supernatural mysteries. After the crew goes through the evidence, they band with local contacts and conduct detailed investigations over several days. Finally, they trace the source of these haunting and if luck permits, are able to bring peace — both to the living and the dead.

One of the episodes takes us Knoxville, Tennessee, where amateur paranormal investigator Jessica Clevinger seeks help with a case that seems to have reached a dead end. The UPRO team meets a single mother named Brittany Totherow, who had recently bought the perfect farmhouse in White Pine, Tennessee. However, soon after settling in the house with her young son, Brittany began witnessing a female apparition. Her to-be husband, Cory, eventually moved in with his children and also started experiencing this unnerving phenomenon. Even the kids are now beginning to have weird encounters. When they are unable to put an end to these happenings, Jessica, Cory, and Brittany turn to the UPRO team for help.

‘Ghost Nation’ features other such similar tantalizing cases. A case in Highland, Michigan, takes the crew to a house whose inhabitants claim that ghostly guests live under their roof. Again, in New Jersey, the team faces off terrible paranormal happenings that are possibly connected to a poltergeist.

Hawes has previously revealed why his organization is so popular, “my local organization handles cases all across the East Coast. But in the last 20 years, because the paranormal movement has become so huge and spread all over the world, we formed an organization to connect all those involved in the field – fans, investigators or those just searching for answers to questions. Many organizations reach out to us for help with their best and toughest cases.”

Travel Channel has not released an official, full-fledged trailer for ‘Ghost Nation’ season 2. But you can head to their official site if you wish to catch up on all the latest clips and exclusive videos from the show.