Will There be a Glitch Season 4 or is it Cancelled? 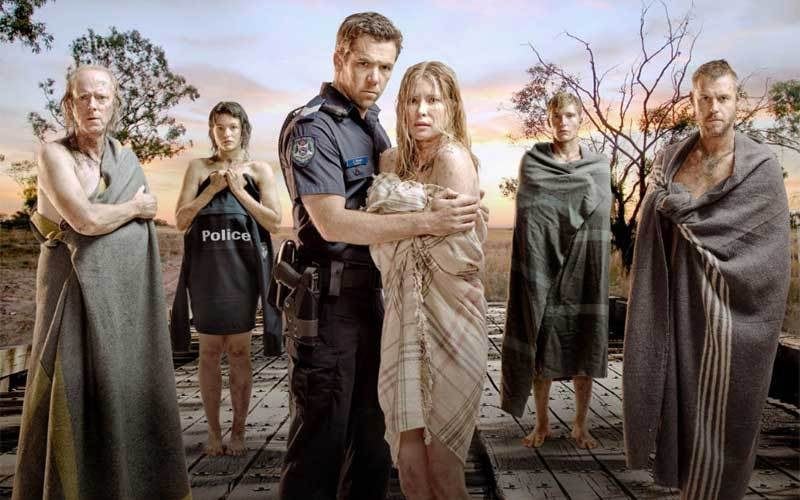 ‘Glitch’ is an Australian paranormal drama that airs on the ABC and first premiered on July 9, 2015. The show was made available for global streaming on Netflix on October 15, 2016. It has been created by Tony Ayres and Louise Fox. Fox also serves as a writer, along with Kris Mrksa, Giula Sandler, and Pete McTighe. Emma Freeman and Tony Krawitz are the directors of the show.

The premise of the series is that seven people return from dead, in perfect health, in the fictional country town, Yoorana in Victoria. No one seems to have an explanation for this inexplicable occurrence, which is the glitch in the natural process. This is where the show gets its name from.

The show has had three successful seasons over the year. Now, the question is, whether there will be a Glitch season 4? Here’s everything we know.

Glitch Cast: Who is in it?

The cast of ‘Glitch’ is led by Patrick Brammal as Sgt. James Hayes and Genevieve O’Reilly as Dr. Elishia McKellar. The police officer and doctor pair work together in the show. Other important members include Emma Booth and Sean Keenan, who play Kate Willis and Charlie Thompson respectively. Kate is one of the dead people and used to be the wife of James, and has been integral to the show and is also much liked by the fans.

Glitch Plot: What is it about?

‘Glitch’ is set in the town of Yoorana in the state of Victoria. James Hayes, a policeman in the town, is haunted by ghosts from his past. He is sort of a recluse, when one day he is called to the local cemetery in the middle of the night after seven people have risen from the dead in perfect health but with no memory of their identities. This is bound to remind viewers of ‘The Crossing‘ where people unexpectedly show up creating a mystery for a small town policeman to tackle. Coming back to the show at hand, those who have risen from the dead are determined to discover who they are and what has happened to them.

James struggles to keep the case hidden with the help of the local doctor. The seven people are all linked in some way, and the search begins for someone who knows the truth about how and why they have returned. To make matters even more complicated, these people are from different time periods and cannot seem to leave the town limits without disintegrating. Thus ‘the Risen’, as they have been dubbed, set out to find how they died hoping to find the answer to why they have been brought back.

There show bears some similarities to ‘Lost‘ and ‘The Leftovers‘, structurally, since we see a group of people brought together by supernatural events. The small town feel and the link to some shady pharmaceutical company gives very strong ‘Stranger Things‘ vibes, but despite all of the similarities, the showrunners handle the content so deftly as to make it feel completely original. In the initial run, they meticulously use each episode to give the backstory to those who have returned from the dead. The characters are rather colorful ranging from the town’s first mayor to a teenage sexpot from the 80s.

The show also stands out in the way it treats the interference from the Risen in the lives of the living town members. One of the most awkward and best moments happens when James’ dead wife Kate discovers that he has married her best friend, Sarah and that they are about to have a child together. There is some wistfulness here as Kate was never able to bear a child when she was alive, and the show navigates all of this with relative ease, keeping the audience on the edges of their seats, leaving them with more questions than answers.

Season 3 begins with two newly Risen emerging from their graves as James struggles with Sarah’s death. While the Risen hunker down for protection, there’s a new threat looming on them. But as catastrophe closes in, the Risen discover their true nature — and their fate.

Glitch Season 4 Release Date: When does it premiere?

Over the seasons, the popularity of the series has increased, especially after Netflix picked it up and it was accessible to more people. Critics have also praised the paranormal tones that seep through the show. Australian television industry has produced some of the most harrowing work seen on the small screen in recent years. From ‘Animal Kingdom‘ to ‘Rake‘, Australia has been to the point. Now, you can add ‘Glitch’ to this list.

As far as the next season goes, we have a disappointing news for you. The makers of the show have confirmed that the third season was the last of the show. So, Glitch season 4 for all practical purposes stands cancelled, unless of course, Netflix decides to revive or continue the show.

Here’s the trailer for ‘Glitch’ season 3.