Where Are Glow Up Season 2 Contestants Now? 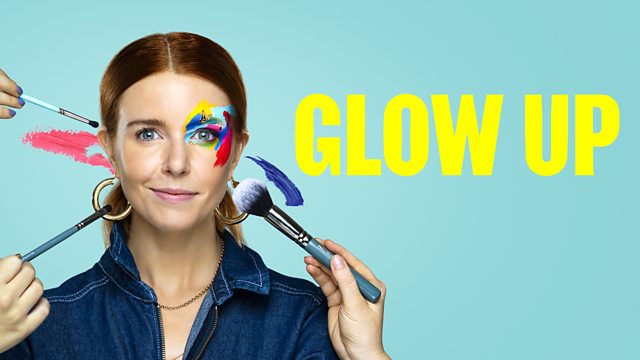 From a cut crease to a jaw-dropping contour, the contestants on ‘Glow Up’ get ample opportunities to prove their skills as a makeup artist. It is judged by Dominic Skinner and Val Garland, who are established professionals in this field, along with guest stars that are also invited to the show. Weekly challenges are presented to the participants, and successful demonstration of their art allows them to advance to the next round. Season 2 of the show was quite an interesting and engaging one, and if you’re curious about what the contestants are up to now, keep on reading.

The winner of the second season is Ophelia Liu, and since her triumph, she has continued to develop her art and put it on social media, especially Instagram. In an interview, she stated, “I have been using my time to work on my Instagram page, connecting with photographers, brands, and artists and working together, and really just working around the lockdown rules.” She believes that hygiene as always been significant in the industry, but the pandemic may pose an even greater challenge which makeup artists will have to overcome in unique ways.

James was the runner up in this season. He has continued to improve his craft since his time on the show. Owing to the pandemic, he is quarantining with his family in Ireland. He hopes to return to London soon to resume editorial shoots. It must be noted that James has worked extensively with organizations and brands during Pride month, including MCM Comic Con and Amnesty International.

The 24-year old was definitely a fan favorite on the show. Her work in the semi-finals got published in a multiple page spread in Hunger Magazine, photographed by Rankin. She also worked as a makeup artist on ‘Strictly Come Dancing!’ She wanted to be a prosthetic makeup artist when she was younger but with time has embraced all forms of the craft. She is still a full-time makeup artist and works at a salon, where she shoots regularly with Primark.

Though Hannah had an office job before the show, she admitted that she no longer wanted to pursue that. Instead, she changed tracks and has revisited her career as a makeup artist. She now works as an assistant manager at a makeup store. Post the pandemic, she wants to work with SFX artists and is also thinking of hosting her own workshop where she would teach special-effects makeup. According to her Instagram bio, she is also a DJ and a model.

Bernardo Ferreira, aka Berny Ferr, completed his education in Media Makeup from Cambridge Regional College. After attending The University of Arts London, he has had quite a career! He has been published on the cover of Gay Times magazine and had assisted for another magazine called Dazed and Wonderland. It is no wonder then that he proved his merit on the screen as well. Since ‘Glow Up,’ he has been working on shows, shoots, and uploading his work on his Instagram profile. He wishes to eventually do more editorial work for both print and online publications.

Brandon is a London based makeup artist and hairstylist. His love for makeup is quite evident on his Instagram feed, where he has amassed more than 17k followers as well. You can check out his stunningly detail-oriented yet playful looks there as well.

The 19-year old left quite an impression on the audience, and it’s not hard to see why. Prior to joining the show, he had already worked as a makeup artist for Urban Decay, Smashbox, and Mac. He is a certified lash-technician and has used the lockdown to create handmade strip lashes and sell them.

She’s always gunna be a glam gal. Inspired by @the_brooksbrother

Keziah may have dropped out of the show due to mental health concerns, but it is evident that makeup is her passion. She is still a student at university but she also works as a makeup artist. She devotes her time to conceptualizing and executing some striking looks for her Instagram feed, where she has amassed more than 200k followers!

Shanice started working in the makeup industry after she quit her office job when she gave birth to her daughter. She went on the show to put herself out there and also to show her daughter to never be afraid to pursue a dream. You can see her rocking both dramatic and natural looks on her social media. She also said that she is focusing on a few projects but did not give any more details.

Ashley is a makeup artist from Scotland, and although she was eliminated in the first week of the show, her Instagram feed shows just exactly how meticulously aesthetic her ideas are. She wishes to continue her work as a makeup artist and would like to do so in TV shows or movies.

Read More: Where is Glow Up Season 1 Winner Now?