What Does the Future Hold for ‘Go! Go! Cory Carson’? 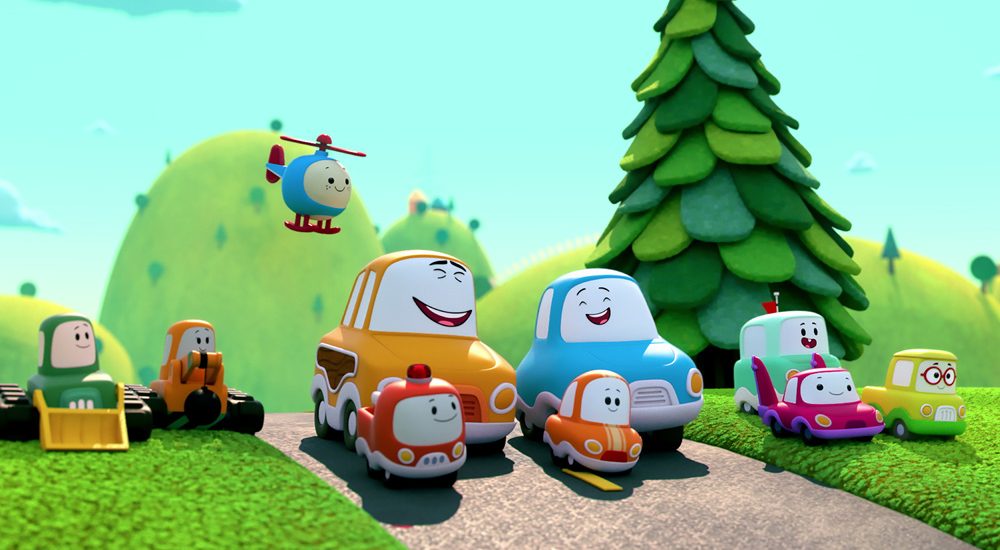 Cars have been an essential part of everyone’s childhood. We have all grown up playing with cars, and now, we are watching them on-screen in the form of movies like ‘Cars,’ ‘Herbie: Fully Loaded,’ and ‘Turbo.’ Well, Netflix’s school series ‘Go! Go! Cory Carson’ is for kids who love everything about cars.

Created by Pixar alums Alex Woo, Stanley Moore and Tone Thyne of KUKU Studios, the animated series is based on Vtech Electronics’ famous toy line Go! Go! Smart Wheels. It follows the adorable kid car Cory Carson as he spends his days crafting beautiful experiences with his family and friends – the happy highs and the tiresome lows.

Talking about the show, co-creator Alex Woo, known for working on ‘Ratatouille,’ ‘WALL-E,’ and ‘Cars 2,’ said, “While there are lots of shows that focus on vehicles, especially for kids, there’s nothing that we found that was about the entire family, or about what it meant to be a kid. And we got really excited about creating a world that focused on a family experience where we have vehicles.”

Speaking with a leading animation magazine, co-creator Stanley Moore explained how the show manages to entertain both the kids and adults. “We didn’t want to make a high-tech, action-adventure, high-speed racing show about cars or something that didn’t feel right in terms of the childhood of preschool kids. I have my own test audience. When I watched the show recently, I sat down to watch it with my son. When I see that he’s laughing at the characters and relating to them and calling them by name, I feel like it’s working.”

As far as the next season goes, Netflix has not come up with an official announcement yet. But considering the fact that the streamer is constantly ramping up its collection of kid-centric shows, we are positive that it will be recommissioned for a new season soon enough.

If renewed, we can expect a short waiting time since the last two seasons premiered only within a gap of around three months from each other. In all probability, if Netflix sticks to the aforementioned schedule, Go! Go! Cory Carson season 3 should release sometime in June 2020.

The main voice-cast of ‘Go! Go! Cory Carson’ comprises of Alan C. Lim as the full of vim and vigor kid car, Cory Carson, Paul Killam as the unflappable Papa Carson, Maisie Benson as the cookie-loving toddler car, Chrissy Carson, and Kerry Gudjohnsen as the strict but understanding, Mama Carson.

‘Go! Go! Cory Carson’ has Jim Capobianco voicing Gary Garbage, Ella Joy Ballesteros lending her voice to Frannie Fenderson, and many others. In season 3, as and when it is renewed, we expect all of the lead cast to be reprising their original voiceover roles.

Go! Go! Cory Carson Plot: What is it about?

‘Go! Go! Cory Carson’ is about a young and lively kid car Cory, who lives with his family in the quaint town of Bumperton Hills. Cory is curious, full of life, and is always up for adventures with his friends Freddie, Halle, Timmy, Kimmy. One moment, a tender Cory is taking care of his younger sibling Chrissy, the other moment he is troubling his fire truck friend. Cory loves to play with his friends as much as he likes to spend time with his family.

The show is filled with bright and vivid visuals, fun elements like cars trying their wheels at yoga, on a roller coaster ride, swings, see-saws, and many more.

‘Go! Go! Cory Carson’ offers a shift in perspectives so that the parents, who are watching the show along with their kids, could relate. For example, the first day at school is a wearing moment for both the parent and the child. The light-hearted comedy touches the subject in a mildly beautiful way, catering to both the parties.

In season 2, the show continues to follow the various adventures of these adorable animated characters — ranging from driveway dance parties to birthday treasure hunts and going to the doctor to fix a flat tire! According to Netflix, “Whatever life brings, Cory’s ready to go!”

Season 3, when renewed, will follow the same premise and chronicle the multiple quests of Cory and his cute gang of friends.

Check out the official trailer of ‘Go! Go! Cory Carson’ season 2 below: