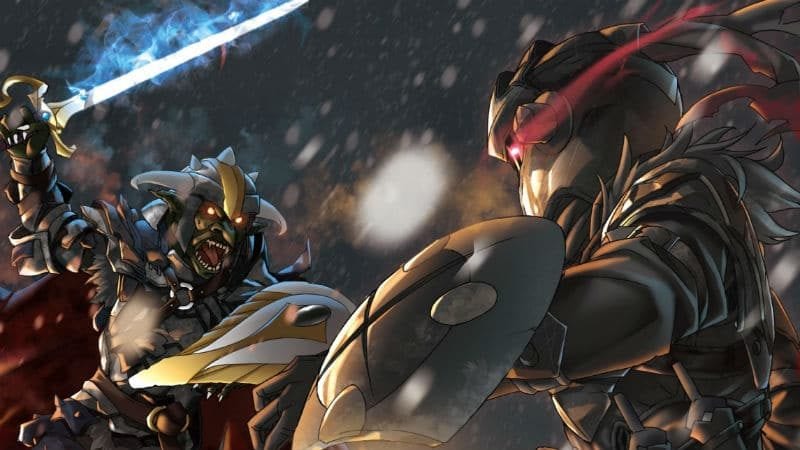 Goblin Slayer (also known as Goburin Sureiyā in Japanese) is a dark fantasy anime television series which is based on a light novel series of the same name. Written by Kumo Kagyu and illustrated by Noboru Kannatsuki, the light novel series was first published on February 15, 2016 Just months later, the light novel series was adapted into a manga series with illustrations by Kousuke Kurose, and the manga series made its debut on May 25, 2016. A second adaptation was made by Masahiro Ikeno for the same Monthly Big Gangan magazine. Both the novels and the manga adaptations have been licensed by North American publisher Yen Press.

A couple of years later, an anime studio called White Fox announced plans to adapt the source material into an anime television series and Season 1 of Goblin Slayer made its way to viewers’ screens on October 7, 2018. Since then, fans of the show have been waiting to hear news on a second season. Here’s everything we know about the prospects of Goblin Slayer Season 2 thus far.

Goblin Slayer Season 2 Release Date: When will it premiere?

Goblin Slayer season 1 released on October 7, 2018 and ran till December 30 of the same year. Shortly after release, the show found itself in the midst of a massive controversy owing to an extremely graphic and jarring depiction of sexual assault on a female character in the first episode.

That being said, later episodes, despite having violence of a sexual nature, did not repeat the mistake of the first episode, and the show managed to survive the controversy, and even rose to considerable fame for its role-playing game (RPG) style storytelling and characters. Understandably, a second season has been in high demand. Fans were happy when a Goblin Slayer movie released on Feb 1, 2020.

Considering everything, we expect Goblin Slayer season 2 to release sometime in 2021. We will update this section as soon as we hear more.

For those who like watching anime shows in English, the good news is that Goblin Slayer has a good English dub which was made keeping the show’s international fanbase in mind. If you want to watch Goblin Slayer in English, you can find dubbed episodes on Funimation, Crunchyroll, Amazon Prime, and Netflix.

Goblin Slayer is set in a fantastical land populated by humans as well as all sorts of magical creatures, and follows the adventures of an unnamed goblin killer and his party as they look to rid the land of goblins.

While goblins are known for their fierce attacks, cunning, and their rapid rates of reproduction, they are regarded as the lowliest of creatures among monsters. Thus, despite constantly wreaking havoc on human populations and stealing women to breed, the threat of goblins is usually overlooked in the land as veteran adventurers and mercenaries focus on more monstrous creatures with bigger bounties.

In this backdrop, the show starts off when a young priestess called Onna Shinkan joins a group of rookie adventurers who embark on a mission to rescue kidnapped women from a nearby camp of goblins. Being rookies, the adventurers do not make adequate preparations for the mission, and when they finally encounter the goblins, their quest turns into a nightmare. The warrior in the group falls to a pack of goblins, while the group’s mage is left paralyzed by a poisonous blade. The female fighter in the group gets abducted and ravaged by goblins, but Onna avoids a terrible fate when an armoured warrior, known simply as the Goblin Slayer, appears on the scene. Not only is he able to rescue Onna with ease, he lays waste to the goblin camp with no effort.

Later it it’s revealed that the the Goblin Slayer holds the prestigious silver rank among adventurers and is a veteran of many battles against goblins. After some initial hesitation, he allows Onna to accompany him, and along with High-Elf, Dwarf, and Lizard-man, the group sets off an exciting series of adventures across the land, looking to put an end goblins once and for all.

Despite having dozens of characters, Goblin Slayer only has two main characters. Below, we’ve provided you with backgrounds on them.

Onna Shinkan: One of the two main protagonists of the show, Goblin Slayer kicks off with Onna’s first mission to slay goblins. A porcelain ranked rookie adventurer who grew up as an orphan, Onna teams up with more rookies, and their mission ends in catastrophe. However, the Goblin Slayer manages to save Onna from a dreadful fate, and thus begins Onna’s journey to end the goblin menace once and for all. When Onna starts out as a lowly porcelain ranked adventurer, she already has the ability to use healing spells and protective wards to a high degree of efficiency. However, she truly starts to show her potential once she joins the Goblin Slayer in his quest to exterminate all goblins in the land. As Onna fights alongside the Goblin Slayer, her abilities start to grow more powerful, and she even learns new magic and spells along the way. Later in the show, Onna also gains enough strength to wear armour into battle. As far as Onna’s personality is concerned, she is shown to be a kind and helpful person.

Goblin Slayer: The other main protagonist of the show, the Goblin Slayer is a veteran silver ranked adventurer whose only goal is to rid the land of the goblin infestation. Later in the show, it is revealed that the Goblin Slayer’s entire family was slaughtered by goblins, thus giving birth to his hate for goblins. Always clad in armour, the Goblin Slayer is a formidable fighter who uses both strength and cunning to kill goblins. He can often be seen using traps and using his environment to his advantage, and this makes him nearly impossible to kill for the less intelligent goblins. The Goblin Slayer is introduced in the show when he saves Onna from a terrible fate, and later, the duo, accompanied by others, embark on an epic quest to kill all goblins in the land.