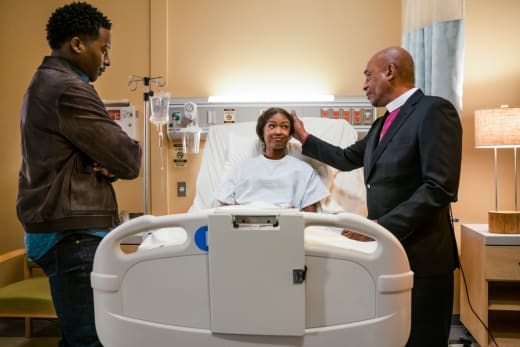 The second season of God Friended Me makes one thing pretty clear. The God Account is really hell-bent on compelling Miles to go back to his faith. Even last week’s episode made that obvious and this week only strengthened our belief. More on that in our recap section.

Now, if you have watched episode 16 already, you would be happy to know that Miles still has a long way to go in the upcoming weeks. Read on to know more below — on how and where you can watch ‘God Friended Me’ season 2 episode 17.

Its official synopsis goes as follows: “When the God account sends Miles the names of three employees of an old movie theater he and Ali used to go to as children, he makes it his mission to help the theater’s owner raise the money to save the theater before it closes down.”

Where to Watch God Friended Me Season 2 Episode 17 Online?

The episode begins with Miles and Rakesh attending an event to visit the famous author and atheist, Daryl Watkins. Miles is excited to see his idol speak live as the latter had played an important role in turning him into a non-believer. He even wants to ask Watkins about his views on the podcast since he wishes to book him as a guest. But as usual, things do not go according to plan. Watkins tells Miles that the podcast is a joke, which leaves Miles devastated.

In the next scene, Watkins becomes Miles’ friend suggestion. Both he and Rakesh decide to stay back and help him out but Watkins is not interested. So Miles visits Phoebe, Watkin’s publisher, with whom the writer had an argument. She informs that she had been fired by Watkins earlier. Further probing reveals that Watkins is suffering from writer’s block because he believes he’s a fraud.

Miles then visits Reverend Valerie Lopez, the last person with whom Watkins had argued before reaching this state of mind. A discussion with her reveals that they had both been in a relationship, with the author having abandoned her later. When Miles confronts Watkins, he reveals he was turning into a believer and hence, ghosted Valerie as he started doubting his own authenticity and stand as a person.

Miles convinces Watkins to go back to Valerie and find himself while being with her. The latter agrees and tries to visit her in the church, only to discover that she has gone off on a two-year mission to South America. Watkins finally thanks Miles for his help and agrees to be a part of the podcast while suggesting that the person behind the God Account might, in fact, be God himself.