Godfall: Everything We Know 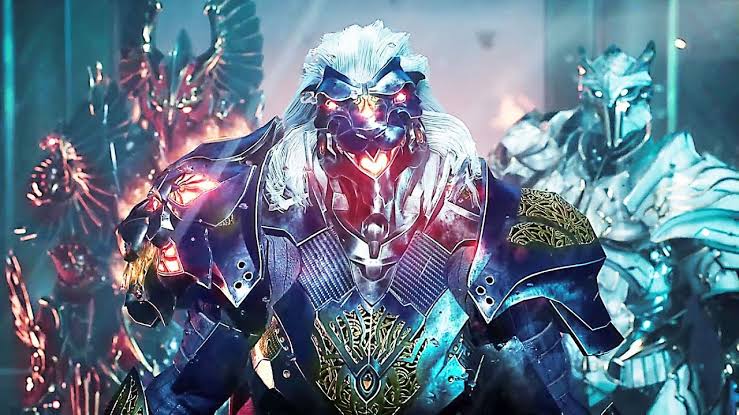 Indie Developer Counterplay Games’ upcoming game ‘Godfall’ is bound to have a lot of pressure on it to deliver, especially given the fact that it is set to be one of the console-exclusive launch titles for Sony’s upcoming next-generation PlayStation 5. New consoles typically launch with a rather limited library of compatible games, which is unlikely to be a particularly irksome issue this time around, given the fact that the PlayStation 5 is set to be compatible with all PlayStation 4 games.

Nevertheless, launch exclusives drum up significant interest in the new generation consoles and are often the determining factor for many gamers chewing over the decision to go blue or green. ‘Godfall’ certainly has the potential to be a system seller for Sony, but only time will tell if that turns out to be the case. In the meantime, read on to find out everything we know about ‘Godfall’.

Godfall Gameplay: What to Expect?

‘Godfall’ is an action RPG (Role Playing Game) with an explicit focus on collecting loot and engaging in melee combat. In fact, Counterplay Games CEO Keith Lee describes the game as a “co-op looter-shooter experience like Borderlands”, with the shooting replaced by melee combat and the satirical setting replaced by a more solemn high fantasy world and story.

The world of ‘Godfall’ is a fantastical one where the universe is on the verge of an apocalypse after the mysterious convergence of the ancient realms of Air, Earth, Fire, Spirit, and Water. You play as a member of the imperiled Knight’s Order, one of the last of your kind, now on a mission to save the world from its impending annihilation.

Since ‘Godfall’ is a looter slasher game, the loot plays a huge part in the gameplay experience. In fact, it goes as far as to determine the class and abilities of your character. Naturally, you are going to find a lot of different melee weapons across the game world for you to collect, although you will only be able to cycle through two at a time in action.

Combat in ‘Godfall’ involves primary melee weapons in conjunction with various magical and ranged abilities. You will mostly be engaging in frantic battles against large groups of enemies, interspersed by more strategic boss battles.

Like the ‘Borderlands’ series it is inspired by, ‘Godfall’ will also feature cooperative play, up to three players throughout the single-player campaign. The co-op mode is fully drop-in, drop out, so the experience should be pretty much seamless, with your progression and loot carrying over across single-player and multiplayer modes. Since the game was built from the ground up with co-op in mind, the enemy AI adapts to the number of players in a squad by shifting behaviors and attack patterns as necessary.

Being one of the first next-generation console games, all eyes will be on visual fidelity and technical proficiency delivered by ‘Godfall’. The upgraded PlayStation 5 enables more dense and detailed environments, dynamic lighting, tons of particle effects and a seamless world enabled by the faster streaming speeds of the PlayStation 5’s SSD (Solid State Drive).

Godfall Developers: Who Are the People Behind the Game?

‘Godfall’ is being published by Gearbox Publishing, who you may recognize as the company credited with initially popularizing the looter shooter genre with the ‘Borderlands’ franchise.

Godfall Release Date: When and Where Can I Play It?

There is no specific release date for ‘Godfall’ at the time of writing, however, the game is expected to be released sometime in late 2020. Given the fact that ‘Godfall’ is set to be a PlayStation 5 launch exclusive, we can expect it to release sometime around the console’s launch date between October and December 2020.

You can watch the announcement trailer for ‘Godfall’ right here.