When Will Godfather of Harlem Season 2 Premiere on Epix? 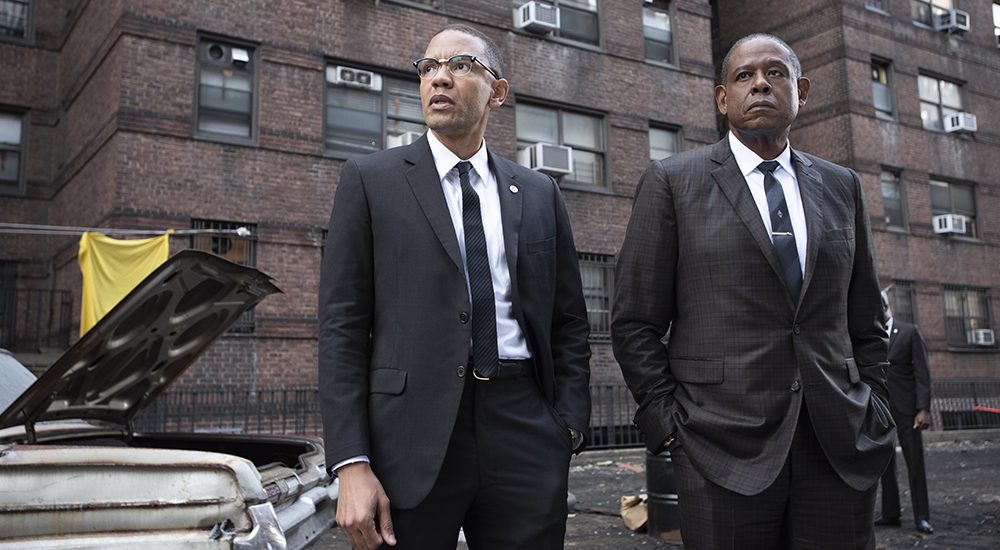 You must have heard about Bumpy Johnson, who ruled Harlem for more than three decades during the 60s. He was one of the most feared, yet most revered crime lords in that era. Known as “Harlem Godfather,” Johnson possessed a unique charisma, unlike most crime bosses of his time. Always referred to as a traditional gentleman, he never shied away from helping out Harlem’s women and children, when in need.

Fashionable, sophisticated, and extremely wealthy, Johnson was loved and respected by his peers. So, after this imprisonment in Alcatraz, his return to New York after almost a decade, post his release, was a long-awaited moment of celebration for his followers. All of Harlem anticipated his comeback.

Tracing this story is ‘Godfather of Harlem’, a crime drama television series that airs on Epix. Written by Chris Brancato and Paul Eckstein, the show first premiered in September, 2019. The first season of the show was well-liked. But the question is: will there be a Godfather of Harlem season 2? Let’s find out.

Godfather of Harlem Season 2 Release Date: When does it premiere?

Now as far as the next season goes, we do know that the show has been praised by both critics and audiences. It has 95% rating on Rotten Tomatoes and 7.9 on IMDb indicating its popularity. So even though Epix has not made an official announcement yet, we are positive that the show will be renewed. You can expect ‘Godfather of Harlem’ season 2 to release sometime in September, 2020.

Godfather of Harlem Cast: Who is in it?

Godfather of Harlem Plot: What is it about?

‘Godfather of Harlem’ chronicles the life of crime lord Bumpy Johnson after his return to Harlem, following his imprisonment of 10 years. When he reaches his hometown, he is aghast with its situation. The neighborhood is completely in shambles. Now, the streets are packed with gangsters under the Italian mafia. Bumpy must take all measures to overthrow the Genovese crime family so as to gain back control. He teams up with a radical preacher, Malcolm X, and starts a gang war which threatens to tear the city apart but promises to return it to its former glory. In a battle to establish control over the drug business and the numbers racket, Johnson boils with controlled rage — which sometimes, when threatened, results in fatal consequences.

Taking us back to the 1960s, ‘Godfather of Harlem’ is necessarily a period drama with a modern twist. And the limelight obviously falls on Forest Whitaker, enacting the role of Johnson. He brings in the right dose of recessive, quiet charisma, that’s the staple of Johnson’s persona. He perfectly embodies the restrain of impulse for violence that is hidden under his calm exterior.

The story of ‘Godfather of Harlem’ follows a goal that’s not quite similar to conventional crime dramas. It is not only about our protagonist seeking to bring Harlem under his heels. He has a higher ambition — to restore order — a cause he believes in after his own daughter gets addicted to drugs, due to their easy availability on the streets, thanks to the Italian mob. Yes, Bumpy is a don, but with a higher purpose.

You can watch ‘Godfather of Harlem’ primarily for its incredible performances, especially since you are already familiar with its core theme. Forest Whitaker is exceptional, no doubt.  But Nigél Thatch as Malcolm X is equally unmatched as well. A wonderful prestige drama, it offers a modern tinge, that makes it different from its other counterparts. The story may be older than 50 years, but its contemporary narration makes it a mindblowing period piece.

You can check out the official trailer of ‘Godfather of Harlem’ Season 1 right here. You can also head to their official site if you wish to catch up on the previous episodes.