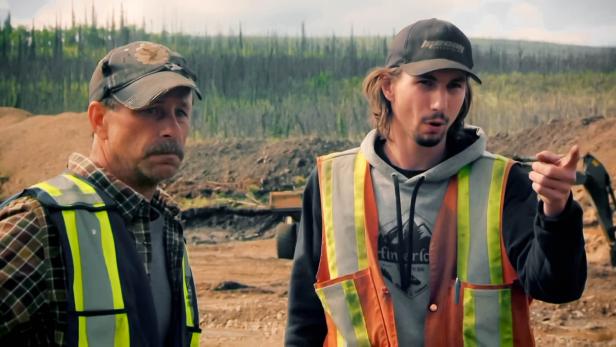 The lust for gold is an addiction — something, which is made quite apparent by Discovery’s most popular show, ‘Gold Rush’. Currently, in this 10th season, the series follows its stars as their gold fever reaches an all-time high.

And this is not all. According to Discovery’s press release, “This season of GOLD RUSH marks a decade of digging with all-new claims, crews, and challenges.” We get to meet our favorites once again, including miners Parker Schnabel, Tony Beets, and Rick Ness — who are all set to go to any lengths for reaching the American dream.

The last season landed on Discovery on October 11, 2019, and recently finished airing its 12th episode on January 3, 2020. Here’s when and where ‘Gold Rush’ season 10 episode 13 will be available for viewers.

Gold Rush Season 10 Episode 13 Release Date: When Will It Premiere?

‘Gold Rush’ season 10 episode 13 is titled ‘Nuggets or Bust’. Its official synopsis goes somewhat like this: “With insider facts and bonus scenes — Rick hunts for nuggets with a secret weapon while Tony confronts a catastrophe at his settling pond. Meanwhile, Parker hires a newbie to help the crew get ahead.”

You can catch the latest episodes of ‘Gold Rush’ season 10 on tv as and when they air on Discovery, at 8 PM ET.

The 10th season of ‘Gold Rush’ introduces an eventful year, packed with different types of complications. It begins with a huge crisis in the Klondike. Discovery says that “The miners are forced to take massive gambles to strike it rich as they hunt for gold on new grounds.”

Next, Rick wants to raise the stakes higher and up his game. As a result, he shifts his entire operation to the mountains, seated atop the historic mining town of Keno City in the Yukon. According to past records, Keno has been a gold hotspot for miners because of its precious golden nuggets. If Rick strikes at the right spot, he could win a multimillion-dollar payday. But if he fails, he might become bankrupt.

On the other hand, Parker Schnabel grabs hold of his own massive new claim but he faces water permitting issues. Hence, in just a single season, he needs to mine as much gold as he can. Although Parker is set to work harder than ever before, the greater challenge is getting his team on the same page.

Klondike icon Tony Beets also faces permit trouble and he seeks the help of Kevin, Monica, and Mike, in order to search for mining grounds and gold sites. “The Beets must stick together if they want to save their mining empire.”

In the 12th episode, the story continues, with the primary focus being on Parker and Rick. Parker gets some insider information, after which he takes a big gamble with the aim of hitting a massive score. On the other hand, Rick takes the help of a mining icon to save his season. In another scene, the Beets bring in their three kids to help them secure the loot.