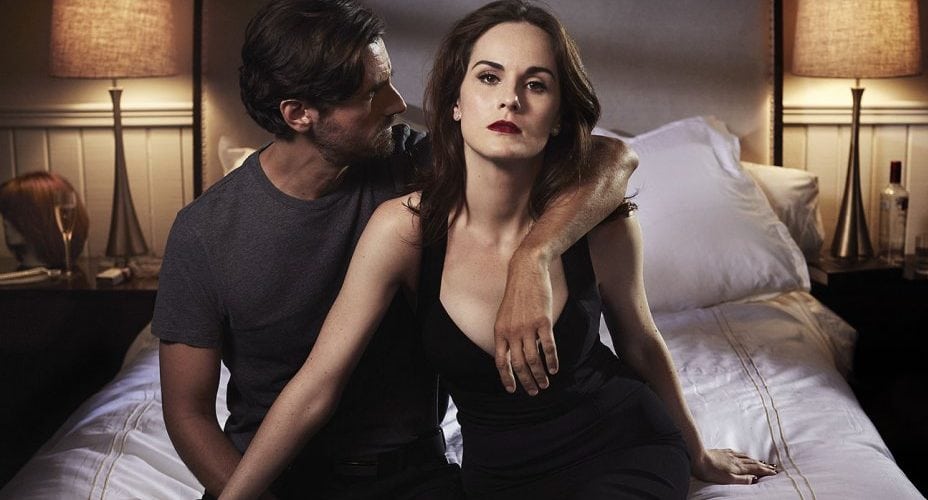 ‘Good Behavior’ is an American drama television series that airs on TNT and first premiered on November 15, 2016. The show is based on the Lett Dobesh novella series by Blake Crouch of ‘Wayward Pines‘ fame. The show is about a con artist with a propensity to always get herself in trouble. But what’s interesting is that she seems to like it. But then she hears something that will make her life spin out of control and land her in a relationship with a killer.

The most unique feature of the show is the central character herself. Michelle Dockery, who plays the lead, while commenting on her character said, “I think people identify with her,” she told Parade magazine. “In some way, we’re all driven to be the best version of ourselves, and the fact that she’s a con artist, a thief, and an ex-drug addict, it’s just the size of things, really. It’s simply the human part of her, but she’s just trying to better herself, and she’s flawed. She’s nowhere near perfect, so I think people identify with her, in the same way, that they do with Javier.”

Naturally, due to the juicy premise of the show, it has been a hit among audiences, and critics too have praised the drama for being suspenseful and sexy, albeit manipulative at times.

Good Behavior Cast: Who is in it?

The cast of ‘Good Behavior’ is led by Michelle Dockery (‘Downton Abbey‘) who plays the protagonist Leticia ‘Letty’ Raines. Juan Diego Botto appears as Javier Pereira, a hitman that Letty eventually becomes involved with at a personal and professional level. Lusia Strus is seen as Estelle Raines, Letty’s mother, who has custody of her child.

Terry Kinney of ‘Oz’ fame appears as Christian Woodhill, Letty’s parole officer who is exasperated at her lack of progress in the path of reformation. Nyles Julian Steele plays the role of Jacob Raines, Letty’s son, while Joey Kern appears as Rob McDaniels, Estelle’s husband who also happens to be a high school acquaintance of Letty’s.

There are several recurring cast members who play crucial roles, like Ann Dowd, of ‘The Manchurian Candidate‘ fame, who plays the role of an FBI agent bent on catching Javier. María Botto plays the role of Ava, Javier’s sister, but it is her ex-husband Silk, played by ‘Teen Wolf‘ actor Gideon Emery, who is instrumental to Javier’s work since he is a mortuary worker who helps the hitman get rid of the bodies.

Good Behavior Plot: What is it about?

‘Good Behavior’ revolves around Letty Raines, who is a thief, drug user, and a con artist. Once she is released from prison due to good behavior, she is intent on getting back the custody of her son. However, this proves to be rather difficult since her mother has custody of the 10-year-old due to Letty’s incarceration and also has a restraining order in place for the child’s protection which limits her ability to contact him. Although she is supposed to check in with Christian, the parole officer, she is rather infrequent and exasperates him as her attitude does not show any signs of improvement. This is unsurprising since Letty is back to her old ways and while robbing a hotel room, she overhears a discussion about a hit. She unsuccessfully attempts to stop this contract killing which leads to a long involvement with the hitman. Eventually, Letty gets into a personal relationship with him and becomes part of his future hits as well.

What stands out about the show is the blurring of lines when it comes to Letty’s character. Although she comes off as a person who is trying to change for the sake of her son if not much else, there are a series of contradictions in her actions that belie her motives. However, what anchors the show is the relationship between Javier and Letty. Co-executive producer, Chad Hodge said, “Their relationship and place in the world live on the edge of something unique and beautiful and I’m more proud of creating their story than anything in my TV career thus far.”

Variety best summed up the show best, saying, ” ‘Good Behavior’ is a convoluted antihero crime drama, prone to episode bloat and pulpy titillation. Too little vision spread out over too many episodes, the blank spaces of ‘Good Behavior’ throw its limitations — plot, perspective, performance, and a lot of product placement for automotive brands — into sharper relief. ‘Good Behavior’ is playing with some interesting concepts, but it hasn’t found a way to package them into something engrossing.” Ultimately it feels like a half baked show that tries to achieve more than it possibly can.

Good Behavior Season 3 Release Date: When will it premiere?

‘Good Behavior’ Season 2 premiered on October 15, 2017. As far as the next season goes, we have bad news for the fans. On November 6, 2018, TNT announced the cancellation of the show. Creator and executive producer Chad Hodge took to Instagram to announce “With a heavy heart I have to let you know that ‘Good Behavior’ will not return for a third season on TNT”. Considering the declining viewership of the show, it was expected that TNT may not continue for another season. Though, fans should not lose all their hopes. There’s still a possibility that some other network picks up the show. If that happens, we will update you about ‘Good Behavior’ Season 3 release date.

While we wait for any positive news on ‘Good Behavior’ Season 3, check out the season 2 trailer to refresh your memories. If you haven’t seen the show yet, head over to TNT to catch all the episodes of the previous seasons.