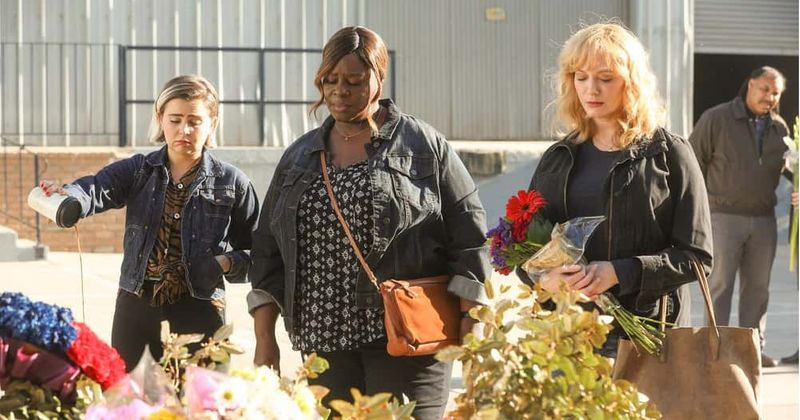 Good Girls season 3 landed with a bang on NBC on February 16, 2020. The trio of Ruby, Beth, and Annie are seen in completely new, clean professions — apparently. But their actual goals are revealed when the girls almost halfway through the episode start orchestrating their first crime — duplicating money notes. On the other hand, Beth has befriended Rhea, Rio’s wife, out of sheer guilt. But Rio is alive and planning his revenge. Things take a turn for the worst when Rio’s plan is successful in killing off a team of FBI agents, including Turner.

Yes, that was a heavy episode for a premiere and this week brings in even more twists. Now, if you are already done watching episode 2, it’s time to get ready for the upcoming week. Read on to know how and where you can watch Good Girls season 3 episode 3.

Good Girls Season 3 Episode 3 Release Date: When will it premiere?

Its official synopsis goes as follows: “A desperate Beth does everything she can to stay alive while dealing with the unexpected challenges of being a boss and finds help in the least likely of places; Dean suffers the ramifications of doing things differently at work.”

First things first. The best way to catch up on Good Girls season 3 episode 3 is to tune in to NBC on your tv screens at the above time slot via a cable subscription. The second option is to watch the latest episodes online on the official NBC website.

We already know that Rio is alive and he is yet again free to roam the streets after orchestrating a successful hit on Agent Turner. He lands on Rhea’s doorstep and luckily for Beth, it is opened by the former’s mother in law. Meanwhile, Annie takes Greg and Nancy for therapy. The trio then learns about Turner’s death and visits his death site with flowers. It’s a brief emotional moment, after which they decide that they should not waste time and get back to business.

Dean hires an ex-con to move a grandfather clock and Beth uses the shady man in their counterfeit business. He claims a 50% share of the profits. However, when the ladies want the cash back, he denies it. Beth then lodges a complaint with the guy’s employer, saying that he had stolen $500 from their house while on the job. When she threatens to tell on his parole officer, he relents and returns their money.

Rhea and Beth plan to meet up for some drinks at a bar later. And when Beth reaches the place, Rio shows up, saying: “Think you might need that drink, huh?”