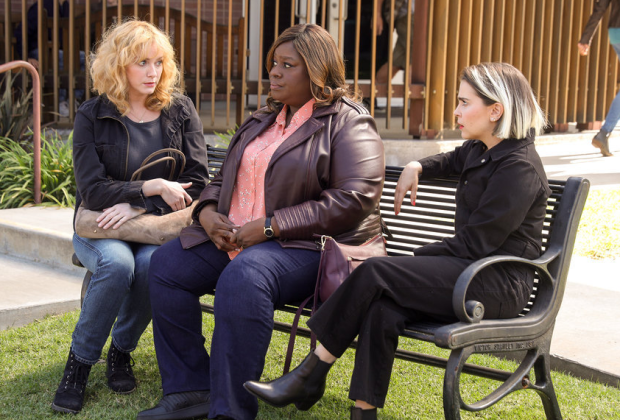 When Good Girls concluded with its second episode last week, fans were left wondering about the fate of Beth — now that Rio has returned and ended up locating her. Well, the answer (somewhat) is addressed in the third episode, which landed this week, i.e on March 1, 2020. So, do you wish to know what happened? Then scroll down to our recap section below.

However, if you are already done watching episode 3, it’s time to get ready for the upcoming week. Read on to know how and where you can watch Good Girls season 3 episode 4.

Good Girls Season 3 Episode 4 Release Date: When will it premiere?

Its official synopsis goes as follows: “Beth takes a gamble in order to strike a new business deal, but it has consequences that put the women in an unwelcome position; Ruby worries her lifestyle is rubbing off on her family; Annie realizes she may have an inappropriate crush on someone.”

First things first. The best way to catch up on Good Girls season 3 episode 4 is to tune in to NBC on your tv screens at the above time slot via a cable subscription. The second option is to watch the latest episodes online on the official NBC website.

Let’s start off right after the conclusion of episode 3 when Rio shocks Beth by appearing at the bar. A terrified Beth keeps on staring as Rio displays the bullets that she had shot into his lung, spleen, and shoulder. He raises a toast to her aim and when she attempts to leave, he says: “You’re my girl, so I’m going to take it easy on you. I’ll do it myself.” A mortified Beth blabbers that she is pregnant — but we are yet to see if she faked her pregnancy or if it is the truth. Remember Dean and Beth in the shack? Maybe, he is all set to be a father again if what she is telling is true.

Ruby and Stan invent a new safe word for their business. This term is called “Egg roll.” So, when the money mover in their business is apprehended, Ruby seeks Stan’s help once again. Meanwhile, Beth takes a pregnancy test, which turns out to be negative. When Dean finds out, he is disappointed that she did not discuss anything with him first. He says: “We have a billion kids, Beth. It’s completely insane.” He further adds: “You know what really sucks? For like a second there, we felt like us again.” And he is sure that he does not want to become a dad again.

Beth then meets Rhea and explains the situation. But Rhea, without giving any answer, walks away. The trio then bails out the launderer and Beth says that they need to temporarily halt their business. Annie is not pleased. Rio again appears and takes Beth to the clinic for blood tests and an ultrasound. But the nurse says Beth is pregnant. Apparently, Rhea had helped her after all!