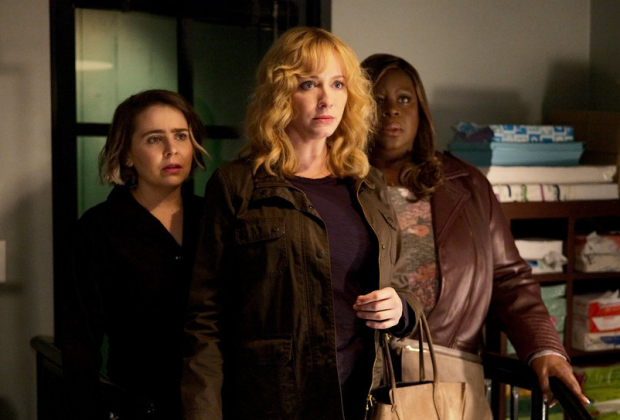 In the third season of Good Girls, Beth really needs to think about her next steps carefully as she is living on borrowed time. With Rio back in the scene and prowling around her, even her fake pregnancy story is not going to hold him back long enough. So, how does the story progress from here this week? We have covered that in our recap section.

However, if you are already done watching episode 4, it’s time to get ready for the upcoming week. Read on to know how and where you can watch Good Girls season 3 episode 5.

Good Girls Season 3 Episode 5 Release Date: When will it premiere?

Its official synopsis goes as follows: “Sick of working for Rio, the women take drastic measures to strongarm Lucy, their unwitting partner in crime, with gruesome results.”

First things first. The best way to catch up on Good Girls season 3 episode 5  is to tune in to NBC on your tv screens at the above time slot via a cable subscription. The second option is to watch the latest episodes online on the official NBC website.

Beth’s every move is still being tracked by Rio, who has one of his goons stationed 24 hours before her house. This prompts Dean to buy a gun for the safety of his family. As a result, Beth is further alarmed and the increased stress is destroying her sanity. Annie even suggests that they go to Canada and buy a baby. Finally, the ladies decide to make a plan. Meanwhile, Ruby’s daughter Sara is fired from a tutoring job since she ends up stealing a platinum-engraved, expensive pen.

Beth then meets up with Rio and says that she lost the baby. She also asks him a price that would set her free. He quotes $100,000! The trio then holds a meeting at a sports bar to brainstorm. Ruby enters the men’s washroom and guess what? She hits the jackpot — a signed Gordie Howe’s jersey from the 1955 Stanley Cup. The ladies are almost successful in making an escape when a waitress spills a tray on Ruby, staining the whole shirt with sauce. Beth tries to clean it with vinegar, baking soda, and lemon juice, but to no avail!

Beth is finally able to clean the jersey but when they head off to a pawn shop to sell it, they find out that it is fake! Then Ruby hits another idea — the pen that was apparently stolen by Sara. On confronting Sara, she says that the money is hidden in the same place where Ruby stashes all her cash. The women get the money and print new counterfeit notes. Unluckily, the guy working for the ladies happens to be Rio’s man and the latter discovers this. He wants to know who is running the business because the profits are indeed lucrative. Rio pays a visit to Beth and asks her about the details of the printing process. Beth is forced to agree and at gunpoint reveals the whole production steps. Toward the end, Rio says: “I think I need you alive.”