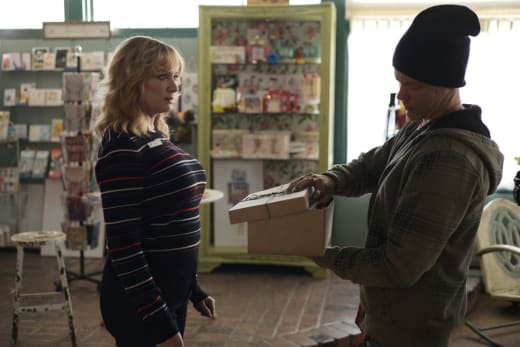 Every action comes with a reaction. But Beth and company did not seem to realize that their deeds have consequences until Beth ended up shooting Rio. Now, they will have to deal with Rio’s return for how long, we cannot say yet. This week’s episode chronicles the aftermath of Rio telling Beth that he needs her alive after all. But things only get more complicated from here.

Now, if you are already done watching episode 5, it’s time to get ready for the upcoming week. Read on to know how and where you can watch Good Girls season 3 episode 6.

Good Girls Season 3 Episode 6 Release Date: When will it premiere?

Its official synopsis goes as follows: “A guilty Beth convinces the women to go to grisly lengths to keep Max out of harm’s way; Annie attempts to process her trauma without the help of Dr. Cohen; Ruby considers sabotaging a job opportunity that comes up for Stan.”

First things first. The best way to catch up on Good Girls season 3 episode 6  is to tune in to NBC on your tv screens at the above time slot via a cable subscription. The second option is to watch the latest episodes online on the official NBC website.

The episode starts off with Rio and Beth teaming up in order to start their new business of printing counterfeit notes. But when one of his gang members seems to have a more-than-required amount of interest over the store’s printing press, Beth begins to doubt his intentions. So, she brings the printing plates to Ruby and Annie and asks them to hide the tools — one each. According to Beth, without the plates or the women, Rio wouldn’t be able to run the business.

The trio then approaches Lucy and seeks help for creating more designs. But Lucy has already learned everything about the fake money operation and denies any aid. The women then break into her house and steal her adorable pet bird. Later, Rio visits Lucy and the two discuss art and creativity. She agrees to help Rio with his project.

Rio then takes the women for a ride, Lucy included. And out of nowhere, he shoots Lucy point-blank, saying he does not need her anymore. The ladies are traumatized. Ruby asks Stan to not give up on her yet and Beth adopts Lucy’s bird as the family’s new pet. Toward the end, we meet Lucy’s boyfriend who is trying to find his partner.