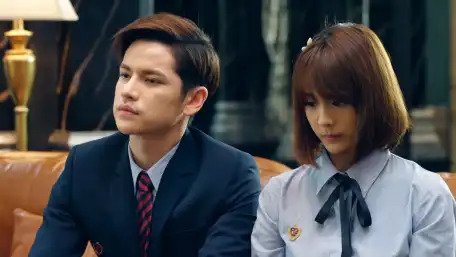 ‘Goong’, also known as ‘Princess Hours’, is a South Korean television drama series written by In Eun-A and directed by Hwang In-Roi. It is based on the Korean manhwa (comic) ‘Goong’ by Park So-Hee. It tells the story of Crown Prince Lee Shin and his new bride, Chae-Kyeong in an alternate 21st century Korea, which has preserved its monarchy.

Season 1 of the show was good enough to merit a spin-off, so fans might be wondering about ‘Goong’ Season 2’s status. We are here to delve into that, but first, let us quickly go through the details of the show.

Goong Cast: Who is in it?

Yoon Eun-Hye stars as Shin Chae-Kyeong, a middle-class girl whose life turns around when she is married to the Crown Prince. Yoon is known for her roles in other television dramas like ‘The Vineyard Man’ (2006), ‘Coffee Prince’ (2007) and ‘My Fair Lad’ (2009). Besides acting, Yoon is also a professional musician and was part of the girl group Baby Vox from 1999 to 2005.

Kim Jeong-Hoon plays Prince Lee Yul, cousin of the Crown Prince. Kim first rose to fame as part of the South Korean music duo, UN. He is also known across South Korea by his stage name, John Hoon. Kim has worked in many television dramas like ‘I Need Romance’ (2011), ‘Immutable Law of First Love’ (2015) and ‘God of War, Zhao Yun’ (2016).

Goong Plot: What is it about?

‘Goong’ takes us to an alternate reality, where the Korean monarchy has been retained since 1945, and the imperial family still exists in the 21st century. The series begins by introducing us to Lee Shin, son of the ruling emperor. Shin is still in high school, but as the health of the emperor starts to deteriorate seriously, Shin is the direct heir to the throne.

Preparations begin for the coronation ceremony, and Lee Shin is soon declared the new Crown Prince. Shin is in love with his childhood friend, Min Hyo-rin, an ambitious ballet dancer. He ends up proposing to Hyo-Rin, who takes his proposal as a joke and turns him down as she is too focused on becoming a successful ballerina. Soon after this, it is revealed that Shin’s dying grandfather had already chosen a bride for Shin.

Accordingly, the empress commands Shin to marry the girl of his grandfather’s choice, Shin Chae-Kyeong. Chae-Kyeong belongs to a poor family and is an ordinary, humble girl who lives a radically different life than the royal family. Chae-Kyeong’s family is going through a bitter financial crisis. Chae-Kyeong’s parents are overwhelmed by joy when they hear about the proposal for their daughter from the royal family.

Chae-Kyeong, however, knows about Shin’s proposal to Hyo-rin and is outraged by the arranged marriage. She tries everything in her power to get out of it, but her family’s financial crisis and the mounting pressure from the media and the royal family crushes her, and she eventually agrees.

After the grand ceremony, Chae-Kyeong starts to learn the rules and regulations of the royal family. Chae-Kyeong soon realizes that Shin has no affection towards her and keeps himself away all the time. Shin’s ignorance and cynical behavior towards her make her regret her decision. However, as the days go on for Chae-Kyeong in the royal palace, she starts to fall for Shin but tries her best to suppress her feelings since she knows about Shin’s love for Hyo-rin.

Meanwhile, Lee Yul, Shin’s cousin, is summoned by his mother to claim the throne. She believes that Lee Yul’s father’s unfortunate death should not deny him of the throne. Yul starts to share a close bond with Chae-Kyeong, often advising her and helping her in adjusting to the royal family. He grows fond of her and develops feelings. Meanwhile, Hyo-rin regrets her decision of rejecting Shin’s proposal. The story then proceeds to explore this complicated love quadrangle.

‘Goong’ is a wonderfully written series that beautifully portrays how two people, unlike each other, are married off against their will but eventually fall for one another.

Goong Season 2 Release Date: When will it premiere?

‘Goong’ Season 1 premiered on the MBC network on January 11, 2006, and ran until March 30, 2006, for 24 episodes. The show was a hit across Asia and is one of the contributors of the Korean wave, among TV enthusiasts. The success of the show resulted in the release of a spin-off titled, ‘Prince Hours’ in 2007.

As of now, there is no official news of ‘Goong’ Season 2. All plotlines in Season 1 were complete and tied up neatly and the chance of a new season seems unlikely at this point. However, if the show is renewed for a second season, we expect ‘Goong’ Season 2 to get a release date in 2022. We will keep you updated as we find out.

Here’s a trailer that will give you a better idea of the show.