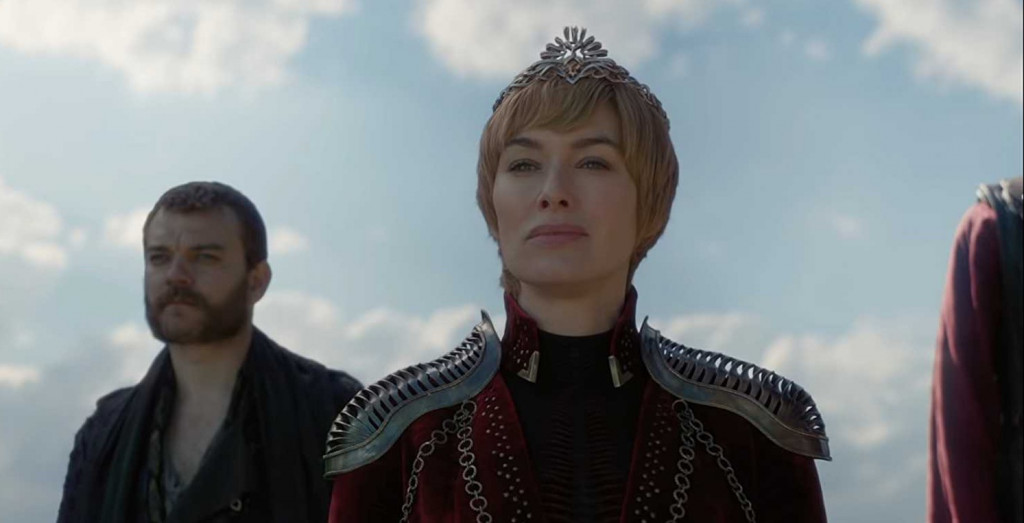 For what should have been a clean sweep, ‘The Long Night’ has divided fans and casual viewers into broadly two factions, ones who believe that the ‘Arya’ twist-packed a solid punch and delivered the goods, and the others who simply considered the episode underwhelming, with most of the major players making it out safely, and the great war for the future of Westeros seemingly over. While I gladly side with the former on this one, I can understand most of the concerns fans had with respect to the culmination of an eight season-long arc.

Moving forward, Episode 4 is the calm that accompanies a storm, both before and after. It is also a “typical” Game of Thrones episode, in that meaning that it was a good departure from the dark and foreboding wars, even as Westeros prepares for another one. There were character confrontations, revelations, and tense moments galore, both in action and in dialogue, along with two intermediate character deaths that have got to have an impact on the side of the good guys: in a nutshell, while Episode 3 gave fans something to talk about, Episode 4 felt like the most GoT like in a long, long time. Not as epic, but definitely not one to be forgotten either. 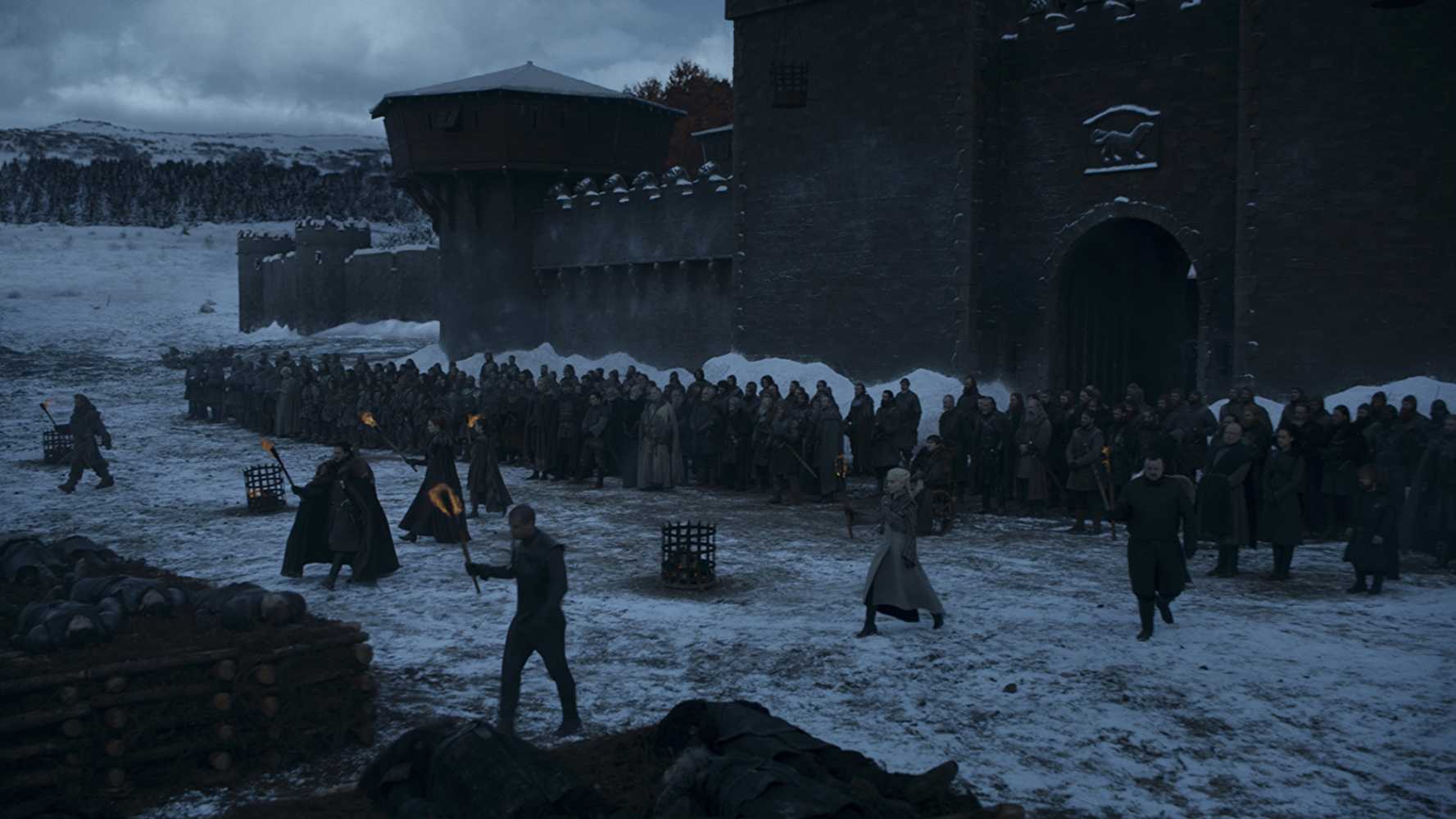 While the armies at Winterfell recuperate from last night’s battle and reminisce over those they lost, tensions mount high between Daenerys and virtually all of the Starks, especially Sansa who is quite vocally dismissive of Daenerys’ authority, even as celebrations are underway at Winterfell. With the long night over, the fallen cremated, and the drinking and merriment out of the way, Daenerys and her council finally sit down to strategise as she grows increasingly impatient to move upon King’s Landing and taking the throne, something that is not well received by her advisors or trustees, but is backed by Jon following a rather daunting conversation between the two the previous night.

While Daenerys and the Unsullied proceed through the seas with the Dragons, Jon and the remaining army including Northmen march South to rally to her cause. However, It is what Jon does before leaving though that might change the course of what’s to happen, and how. By this time, you know what I am exactly referring to: Jon finally spilling the secret about his true lineage in front of Arya and Sansa, something that is bound to have far-reaching consequences. 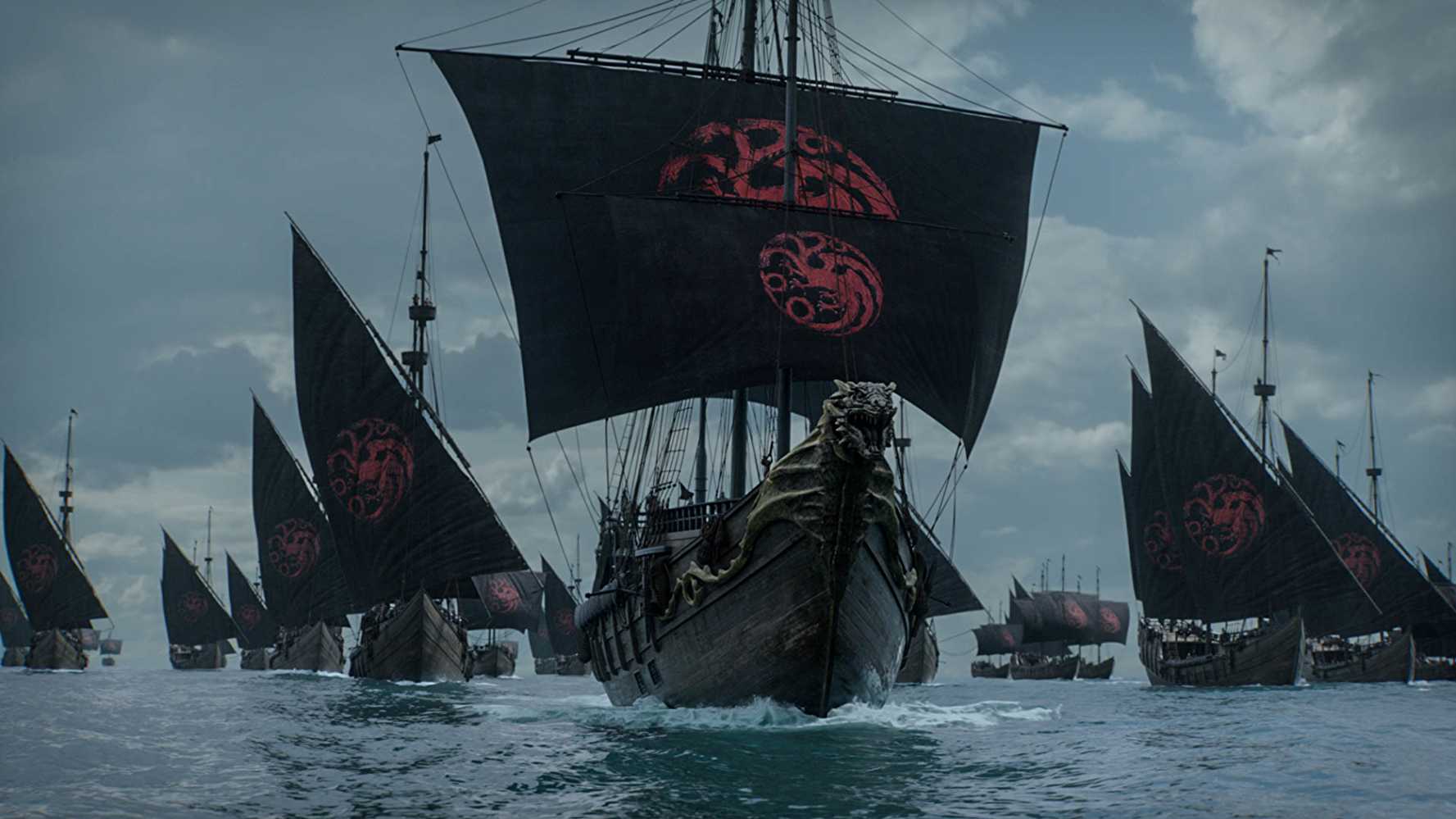 While Daenerys and company are sailing to Westeros with Drogon and Rhaegal closely following in the skies, her fleet is ambushed by Euron’s somewhere near Dragonstone, and Rhaegal is immediately shot down through spears from Qyburn’s Ballista, something that now apparently Cersei’s side has plenty of. In a moment from ‘The Godfather’ where my heart echoed Vito’s lines when he sees Sonny’s dead body lying motionless, Rhaegal too splashes into the sea, with the rest of her fleet destroyed too quickly afterwards, as Daenerys retreats with Drogon. 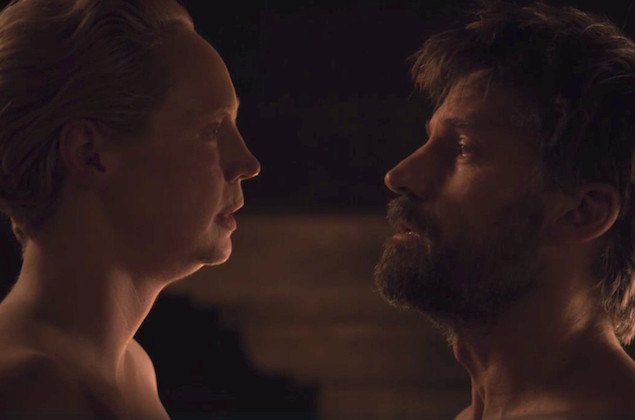 Two other interesting arcs that stem from this episode include Jaime. In what was a nod to the fans and to those rooting for Jaime and Brienne to get together, the good news is that they finally do during the celebrations at Winterfell. The bad news is that he leaves too, for Cersei, after listening to news of a possible oncoming carnage at the hands of Daenerys after the events that conspired at sea when her fleet is ambushed by Euron Greyjoy’s. The second is one where an interesting arc from the first episode picks up, and I am still uncertain where that is headed. Bronn turns up at Winterfell showing the Lannister brothers he means business, and asks Tyrion to honour his promise of doubling the bounty promised to Bronn in return for sparing his life when someone placed a bounty on his head, to which the former responds with Bronn being promised the castle of Highgarden, and lordship of the Reach. 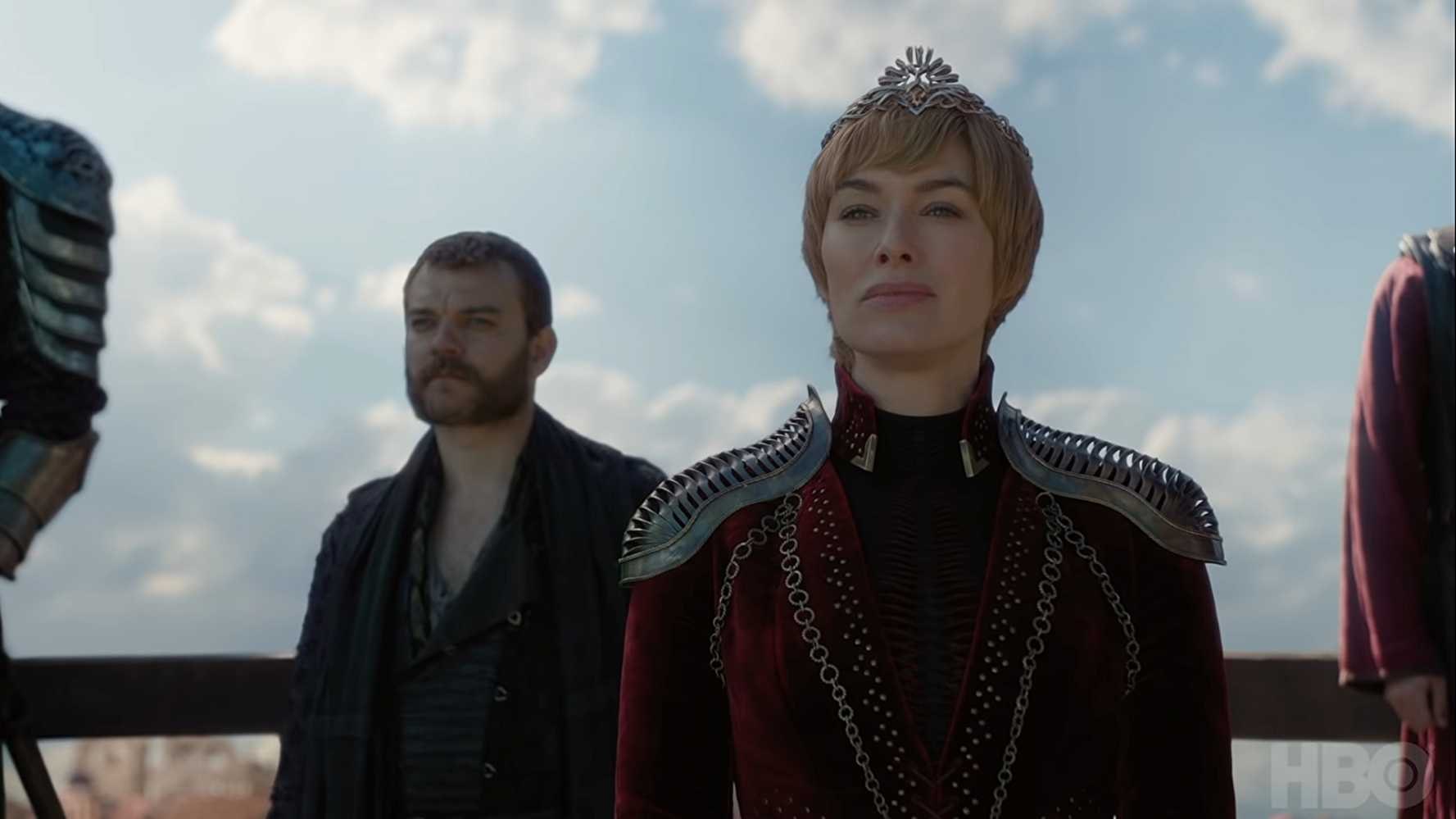 In terms of character moments though, this episode belongs to Daenerys. She was visibly broken by the many shocks the writers sent her way, and Emilia Clarke emotes even that vulnerability masked with strength and rage very effectively. Her Best Actress Emmy nod is definitely coming. I have never felt for her cause so strongly ever since she was ‘sold’ to the Dothraki in the first season. Even as her armies back her, and the North is still suspicious of her rule, her loyal advisors begin losing faith in her, after knowing the secret about Jon being a Targaryen, the “information” being passed on from Sansa to Tyrion, following which the latter has a rather tense and decisive conversation with Varys regarding the very future of Westeros. 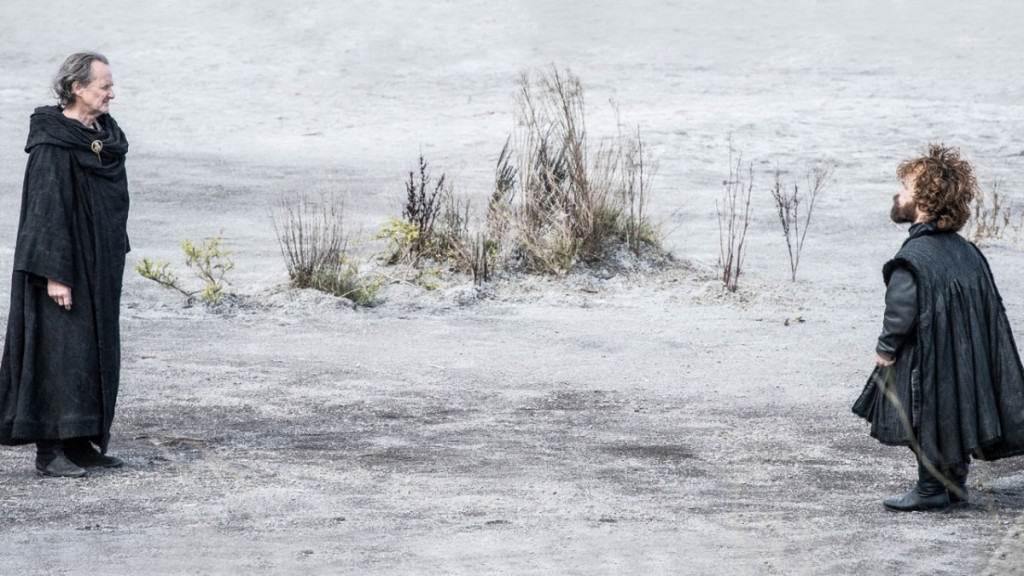 The episode ends on a rather heartbreaking note, with the two sides meeting outside of King’s Landing to parley to avoid the upcoming war, each demanding the other’s unconditional surrender. With both sides unyielding, even after Tyrion marches up to her to try and convince her, Cersei goes on to have Missandei executed by the Mountain. Her last words, showing her faith in her queen and unforeseen bravery on her part, “Dracarys”, as a teary-eyed Greyworm looks away, and a fiery Daenerys vows revenge. Speaking of which, I am going to sign a petition to name Cersei’s biography the same as the title of the latest Ted Bundy movie that came out last week: ‘Extremely Wicked, Shockingly Evil and Vile’. What else could be more befitting of the monster she has become?