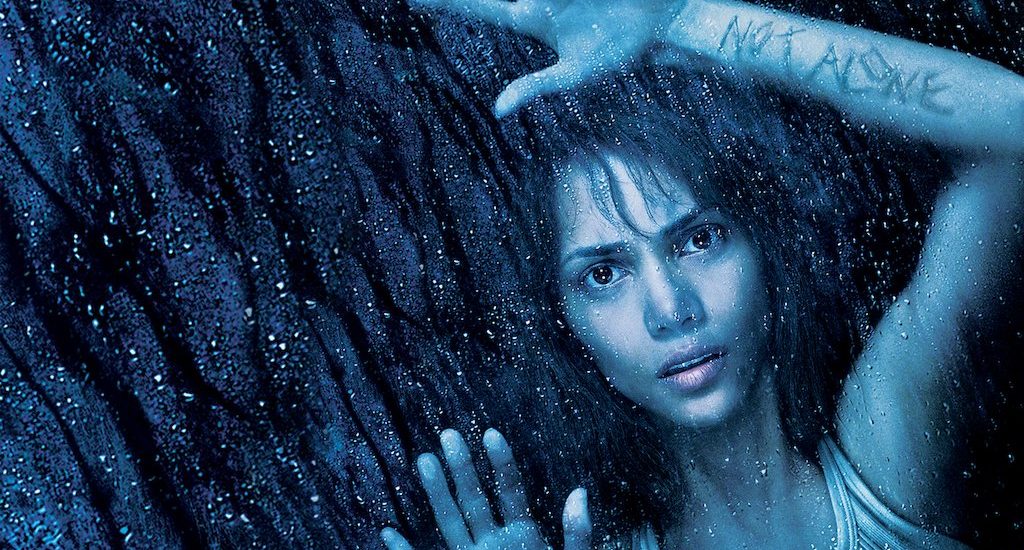 It’s a pity that ‘Gothika’ is the only horror film in Halle Berry’s career. The Oscar-winning actress exudes a particular brand of vulnerability that draws out our sympathy and worry for her character. Directed by Mathieu Kassovitz (‘The Crimson Rivers’), the film tells the story of a psychiatrist, Miranda Grey (Berry), who wakes up one day to find that she has been incarcerated for murdering her husband Douglas (Charles S. Dutton). With no memory of what really transpired, she comes to believe that the ghost of a young girl is possessing her. ‘Gothika’ also stars a pre-MCU Robert Downey Jr., who portrays Miranda’s colleague Dr. Pete Graham. SPOILERS AHEAD.

Miranda works at the women’s ward of the Woodward Penitentiary, where her husband is the administrative head. One stormy night, while returning home from work, she spots a teenage girl standing in the middle of the road. In a desperate attempt to avoid hitting the girl, she swerves her car and has an accident. When she approaches the girl, the latter suddenly bursts into a flame and touches her. 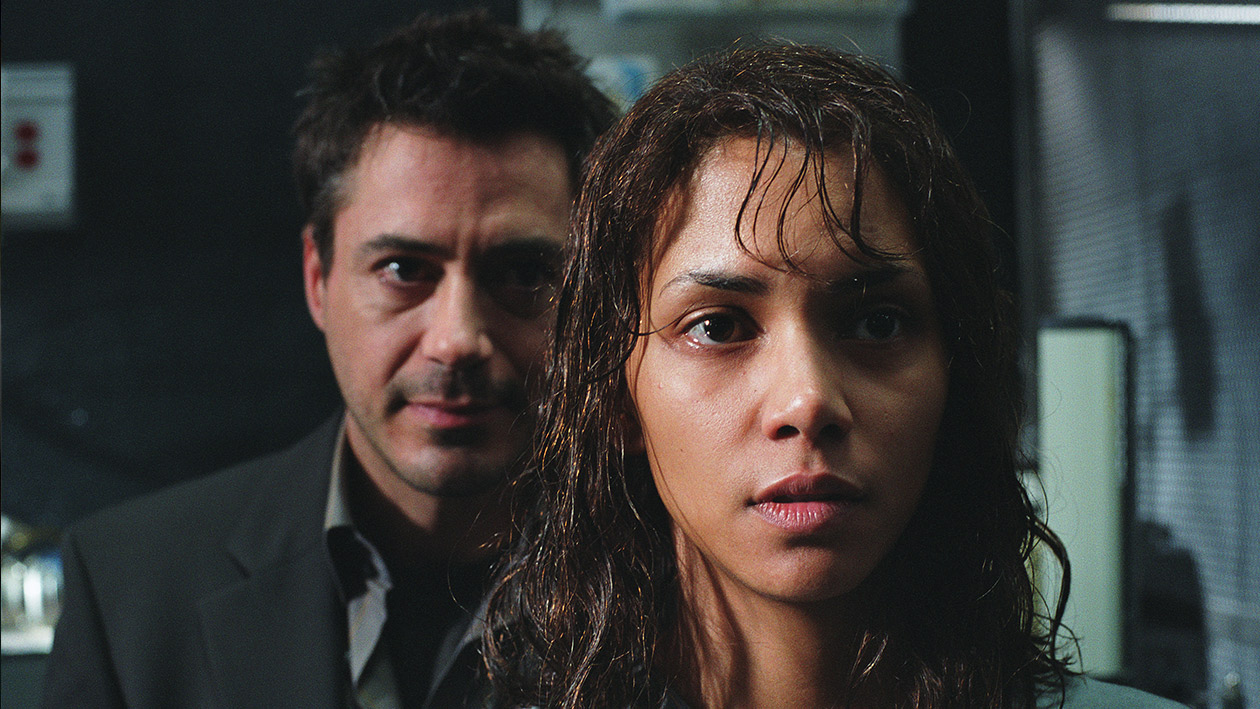 Miranda wakes up three days later as an inmate at the penitentiary and learns from Pete that she has been accused of brutally killing Douglas. She keeps seeing the girl, who is actually the ghost of Rachel, the dead daughter of the facility’s director, Phil Parsons (Bernard Hill). Odd things start happening around her. While conversing with her lawyer, she discovers that the words “Not Alone” are carved on her hands.

Despite her scientific training, Miranda is forced to admit that Rachel is possessing her. At the facility, Miranda befriends her former patient, Chloe Sava (Penélope Cruz). The psychiatrist finds out that a man with an Anima Sola tattoo had been visiting and raping the other woman. After she manages to escape from the penitentiary, Miranda returns to the house she used to share with her husband. The memories of that fateful night come rushing back to her, making her realize that Rachel killed Douglas by using Miranda’s body as a vessel. A clue from the paranormal world leads the protagonist to a farmhouse in Willow Creek, Rhode Island, where she discovers who Douglas truly was: a monster who abducted young women before raping and killing them.

With the new evidence coming to light, Miranda’s lawyer asks the authorities if she could be placed under supervised house arrest. Sheriff Bob Ryan (John Carroll Lynch) declines, reminding the lawyer that Miranda is still a murder suspect. Miranda calls Pete and begs him to investigate the man with the Anima Sola tattoo, believing him to be responsible not only for sexual assaults on the female inmates at the facility but also for the murders at the farmhouse. While Pete initially berates Miranda for accepting her delusions as reality, he still tries to find more information on Anima Sola on the internet. At her request, the Sheriff, who is a childhood friend of Douglas, comes to talk to her. During their conversation, Miranda figures out that he was her husband’s accomplice in all his crimes.

Gothika Ending: What Does “Not Alone” Mean? 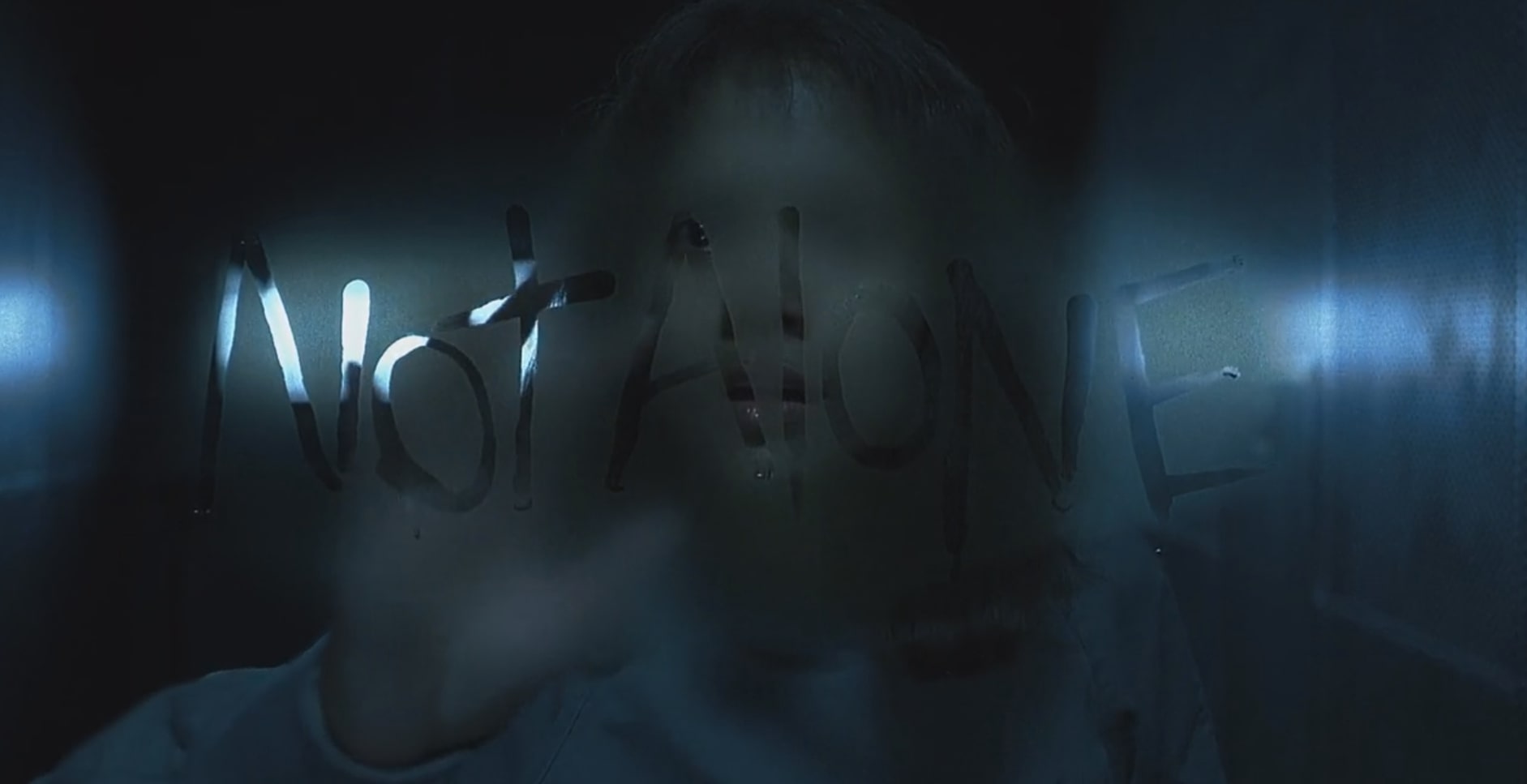 Since the moment when the phrase “Not Alone” appears on the misted glass door of Miranda’s cell, it becomes the most important plot point in the film. As she has no memory of what she did to her husband, this aforementioned scene emerges as the first time that she is forced to acknowledge that something else has taken residence in her body.

The film establishes pretty early on that Miranda values logic and science the most. When paranormal incidents start occurring around her, she has no choice but to reevaluate all her ingrained beliefs. She initially thinks that Rachel is letting her know that she (Miranda) isn’t alone in her mind through the writings. After discovering what Douglas was doing at the Willow Creek farmhouse, Miranda starts thinking that the phrase might mean something completely different. 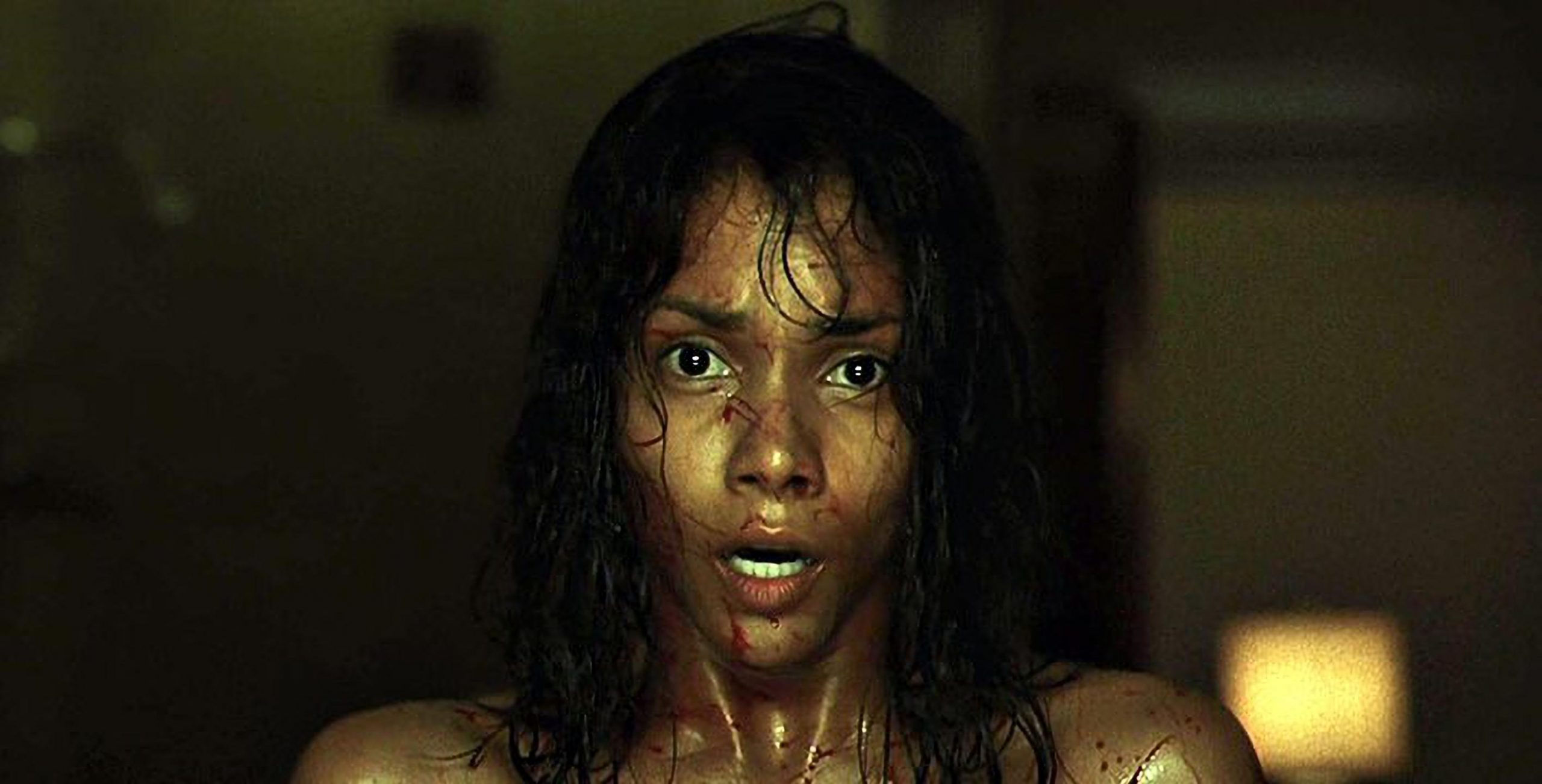 After arriving at the farmhouse, Miranda goes into the cellar of a barn, where she finds, amongst other things, a digital camera with a recording of Douglas killing a young girl and a survivor of his atrocities. She becomes highly convinced that Rachel was one of Douglas’ victims, and the phrase is the girl’s way to let Miranda know that she (Rachel) wasn’t the only one.

But when Miranda speaks to Parsons about this and learns that he used to have recurring dreams of his daughter burning until he started taking medications to drown it out, she realizes that there is a second killer. It is the same man who she saw inside Chloe’s cell a few days back. Anima Sola tattoos depict the sufferings of the condemned in purgatory, and the one Miranda saw on the chest of the murderer is no exception. It shows a woman burning in flames. 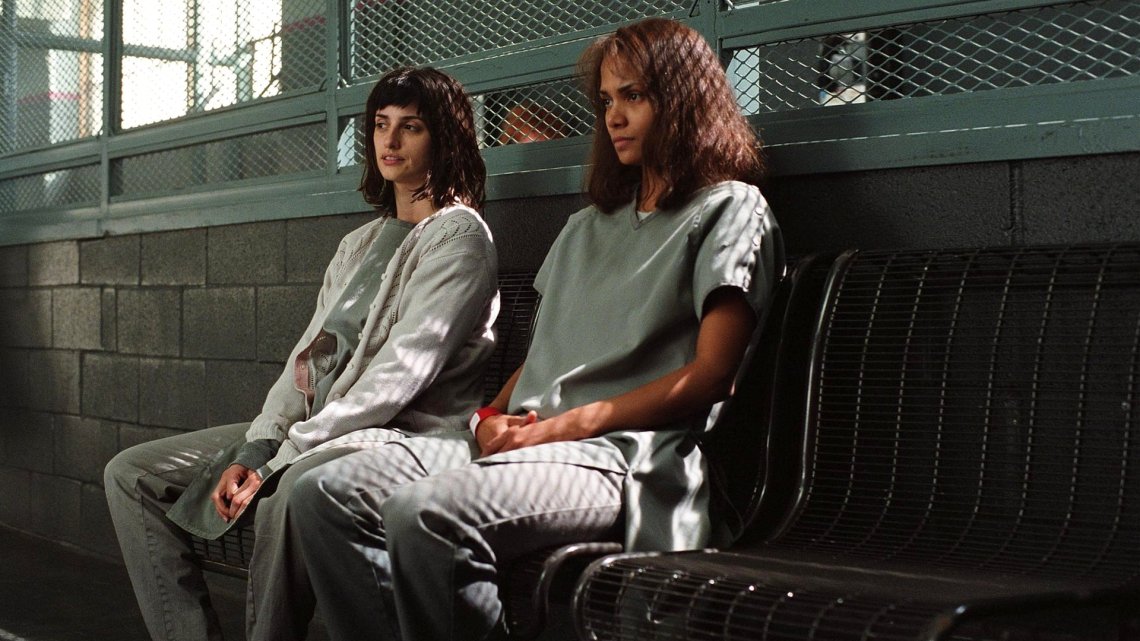 By writing the phrase on the glass door and later etching it on Miranda’s arm, Rachel was trying to tell her that Douglas had a partner, who turns out to be the Sheriff. He and Douglas were childhood friends and started hunting and killing young women when they were teenagers themselves. After Douglas became the administrative head of the penitentiary, it gave them access to tens of troubled women, including Chloe.

Even after Douglas’ murder, the Sheriff still could get in and out of the facility without being noticed. When Miranda tells the Sheriff that she has already spoken to Pete about her findings, he realizes that he is close to being discovered and has to act fast. He reveals himself to her and attempts to drug her, but Miranda takes the syringe and stabs him with it instead. 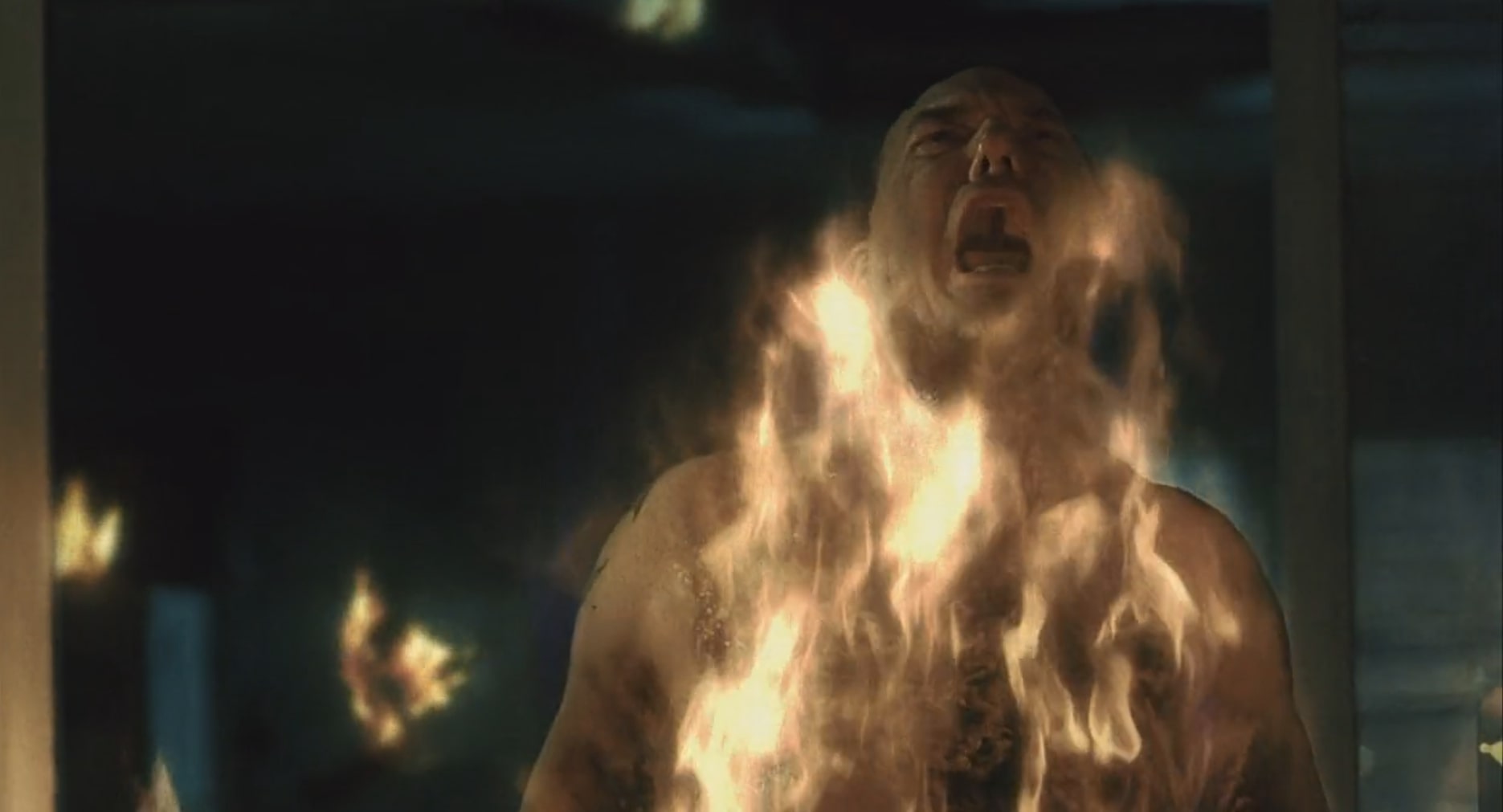 The Sheriff tries to shoot her but ends up causing a gas leak. His death is incredibly symbolic. He starts screaming that it’s illogical when he sees Rachel’s ghost and tries to shoot her. This causes a fire to erupt from the leaking gas and engulf him like the souls in purgatory before Miranda shoots him in the head. Pete arrives right at that moment, after figuring out himself that the Sheriff was the second killer. Ashamed of not believing her all along, he apologizes to Miranda.

Why Did Miranda See the Boy’s Ghost?

The closing scene takes place about a year after the events of the climax. Both Miranda and Chloe are out of the penitentiary and seem to be doing well. While Chloe admits that she still gets bad dreams, Miranda asserts that she has put it all behind her. And yet, the moment the psychiatrist is alone, she sees the ghost of a missing boy. 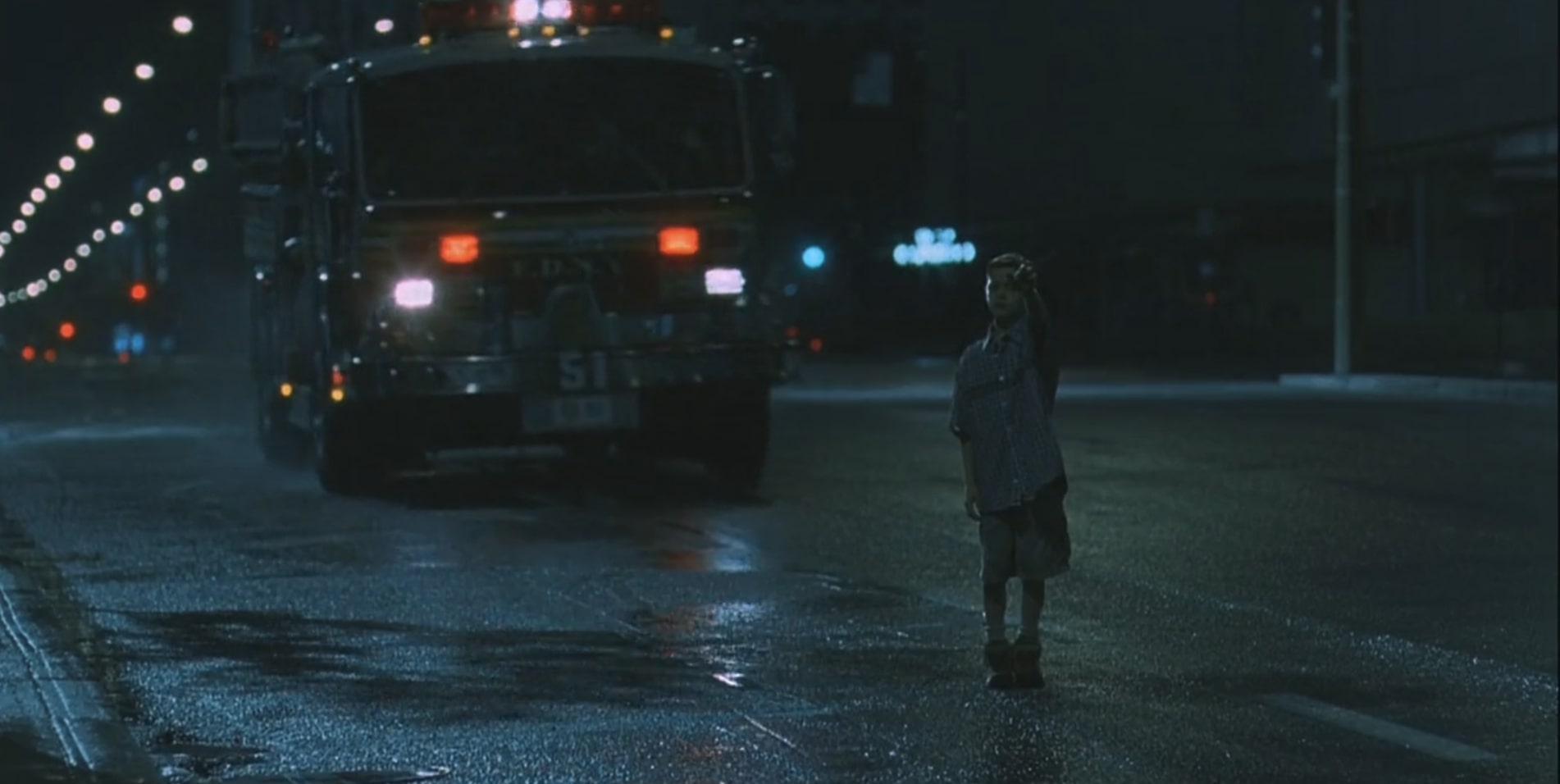 Although she listened to and helped Rachel punish her rapists and murderers, it doesn’t mean that Miranda’s involvement with the paranormal world is over. As Chloe, who can also see the ghosts, correctly puts it: once the doors are opened, they cannot be closed. Like Rachel, the boy, Tim, is a victim of violence. Evidently, Miranda can see the ghosts whose deaths have been abnormal and filled with suffering. It’s a dubious gift to possess and has already made her life a difficult one.