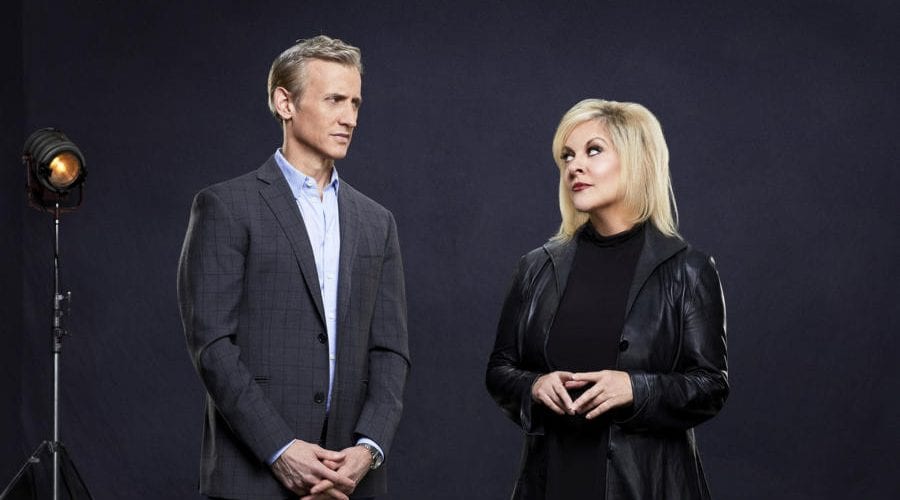 Grace vs Abrams is a crime tv series that first debuted on 29th March 2018 on A&E Network. The show centres around Dan Abrams and Nancy Grace who try to solve legal cases by visiting the crime scenes, collecting proofs and merits from both the sides of cases and giving a complete explanation to the viewers and studio audience about their claims. They provide their point of view and also offer unique and strong points on the case that brings the crime in the notice of nation. Grace and Abrams try and crack criminal cases in the studio with the help of short clips and footages.

In the previous season, they decided to break the case of the sudden disappearance of the married Stacy Peterson. They try to study whether she left the city with her husband named Drew or with another man. They examined the case from various points of views where her friends and family assume that his husband murdered her. Grace and Abrams meet and interview Joel Brodsky who is her husband’s former defence attorney. They carry out interviews with Stacy’s pastor, Drew’s close friend, Rick Mims, Neil Schori and Nicole Speakman who had an affair with him while he was in jail. They get to meet and conduct an interview with Vicki Connelly who is Drew’s second wife.

Grace vs. Abrams Season 2 Cast: Who is in it?

Dan Abrams and Nancy Grace are the main cast of the Grace vs. Abrams series who are expected to return in season two. Stay tuned for more information.

Grace vs. Abrams Season 2 Plot: What is it about?

In the first season, Grace and Abrams take a look at the disappearance case of Stacy Peterson. Some sources state that she left her home with another man and some say that her husband is responsible for her death. Nancy and Dan also interview Drew’s defence attorney named Joel Brodsky. They also take interviews of people connected to them such as Drew’s second wife Vicki Connelly Stacy’s pastor, Drew’s close friend Rick Mims, Nicole Speakman and Neil Schori. In the new case, Dan and Nancy reinvestigate the murder case of Chandra Levy that happened in Washington DC. Ingmar Guandique was declared the murderer, but she was granted a new trial when the law enforcement found out that an eyewitness had lied in the previous hearing.

In the next episode, Nancy and Dan study the unsolved murder case of Bonnie Lee Bakley who is the wife of actor Robert Blake. They also have a debate on the kidnapping and murder case of Hae Min Lee who is a former girlfriend of Adnan Syed. He was convicted for the first-degree murder, but later on, the jury appealed that he should be granted a new trial. In the last episode, Nancy Grace and Dan Abrams reexamine the murder case of Stacy Peterson. In 2004, her husband was found guilty for her murder.

Grace vs. Abrams Season 2 Release Date: When will it premiere?

Grace vs. Abrams season 2 is yet to be scheduled, so for now, you can watch the 3rd episode preview of season 1 below.