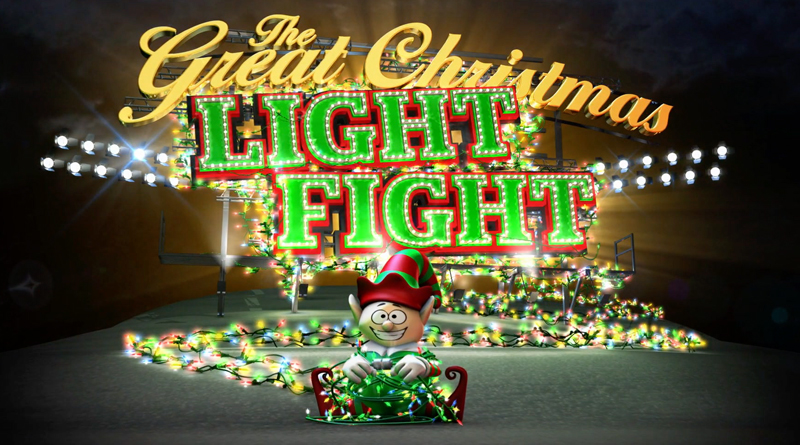 The Great Christmas Light Fight is a reality TV competition that first premiered on December 9, 2013 on ABC. The show is all about the festive season and holiday spirit. It is vibrant, bright and full of lights. The series features families, who are committed towards holidays and want their Christmas to be full of joy and happiness. They decorate their houses with tons of colorful lights and impress the judges with innovative decorations.

The tradition of using lights for decorations during Christmas is not just a modern trend that people like to follow but, a ritual that goes long back. It started with decorating the Christmas tree with candles. The Christmas tree is the symbol of continuation and renewal of life during the dark times while the candles symbolize Jesus being the light of the world, the phrase often used by Jesus to describe himself in the New Testament.

Over the years, the tradition has modernized significantly. The decorations have become more extravagant, much louder and brighter, and the candles have mostly been replaced by electric lights. But, what remains the same are the passion, joy, and zeal, by which one decorates their house for Christmas and welcomes the month of happiness, Jesus and of course Santa!

The Great Christmas Light Fight Season 7 Release Date: When will it premiere?

The Great Christmas Light Fight season 7 will premiere on December 2, 2019 on ABC. The show will feature special 2 hours premiere and is expected to run for 6 episodes till December 16, 2019. You can all the episodes on ABC.

There’s also more good news for the fans. On November 1, 2019, ABC renewed the show for another season. Like every year, The Great Christmas Light Fight season 8 will release in first week December next year; most likely on December 1, 2020.

Who Are the Judges on The Great Christmas Light Fight?

Carter Oosterhouse and Taniya Nayak judge The Great Christmas Light Fight. They joined the series in 2015, in place of the former judges Michael Moloney and Sabrina Soto. Oosterhouse is a famous TV personality and model and had joined Trading Spaces, a TLC series in 2003 for its season 4. Oosterhouse has also been named in ‘Sexiest Man on TV’ and ‘Sexiest Man Alive’ by People’s magazine, TV Guide Channel, Inside TV magazine and CosmoGirl. Taniya Nayak is a celebrated interior designer and owner of a successful design firm in Boston.

Carter and Taniya will be returning once again as the judges of the show for season 7. Regarding her experience on the show, Nayak said “We don’t even know their last names, we don’t know their addresses, and we know nothing! When those lights go on, it’s genuine!”

What is The Great Christmas Light Fight About?

The show features four families in every episode, who are completely committed to their holiday spirit and decorate their entire house with beautiful lights and music. When we say lights, we mean thousands and thousands of lights. The intense decoration can remind the audience of extra lit Disney Park and the best part is that the families do all of that hard work on their own. Also, there is a small community of Light Fighters, who have been a part of the show at some point and they help each other out when the need arrives.

“There’s this Light Fight community, and they all help each other out,” Nayak said. “One Light Fighter might reach out to someone in another state that’s done it before and they’re all so helpful to each other.”

Along with the hard work of putting up the lights & figurines and decorating them to perfection, they also use technology and engineering to get the best outcome from the lighting shows. The music coordination is done right on point as well.

The individual judges, in every episode, check out every house and its decoration individually. They then decide the best of the lot. The winner, in the end, gets a grand cash prize of $50,000. If you are wondering, the contestants do not carry the decoration for a very long time. They put in all that effort just to keep the real spirit of holidays high and alive.

“Most people are so dedicated that they are in it to win it every single year,” Oosterhouse said. “They are committed, they want to change it year after year, make it bigger, brighter, better, and that’s why we showcase them.”

In The Great Christmas Light Fight season 7, the judges will also be checking out the interiors of the contestants’ house along with the exterior decoration. “When people invite random people off the streets into their homes, that’s crazy, that’s committed,” Oosterhouse said. “It’s committed to the display and to the holiday season.” The new season is expected to be grander than any other season we have seen so far. In one of the episodes, a family will be using not hundreds or thousands but, six million lights altogether!