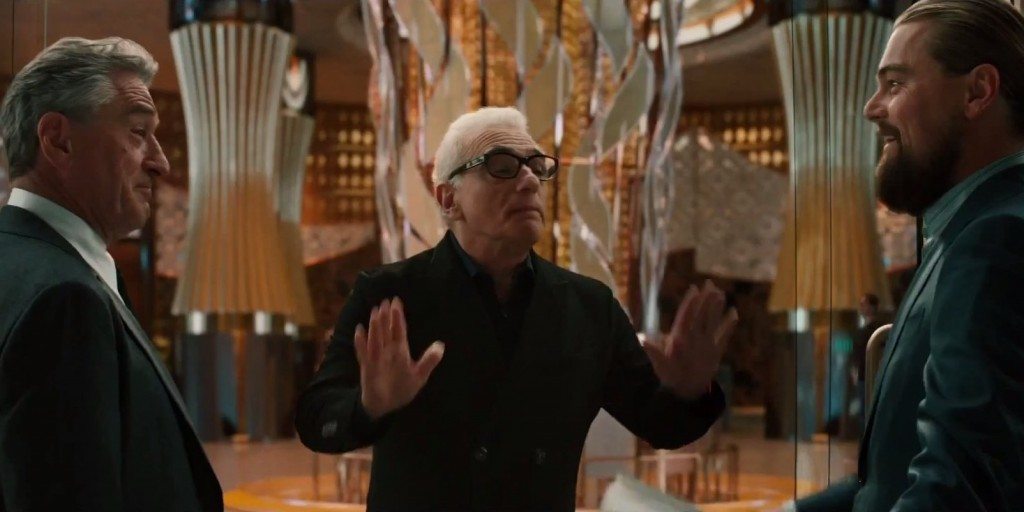 Remember the times you booked tickets a week in advance or set reminders on your T.V. to watch your favorite actors on-screen. We all have our favorite actors, because it is very difficult to single it down to one specific performer. Whether it’s the mainstream movie-goer or an ardent critic, they all have a soft spot for movies featuring their beloved actors and do end up forgiving the movie of faults because of their unmatchable presence. Some of us have gone to the extent of completing their whole filmography and frankly speaking numbers aren’t a hurdle in front of a committed movie buff.

Though it is some achievement and provides a great deal of information about the talent and range of the actors in general, it has a con. Nothing bridges the emptiness that generates as a result of the inability to overdose on your go-to man’s works. But the best performers have always indulged themselves in less appealing modes of cinema as side projects: short films and plays. Plays are usually difficult to find on the internet and are not accessible to the whole world. Short films on the other hand usually find their way to the internet, voluntarily or not. Short films I believe are a great pastime as they do possess most of the qualities of a feature, while being very convenient. So here is the list 10 short movies starring your favorite actors.

‘Touch Of Evil’ is not conventionally a short film. It’s a video gallery created by the New York Time Magazine in 2011. It includes the standout performers of that year portraying the most iconic villains in cinematic history. This includes Brad Pitt as Henry Spencer a.k.a Eraserhead, Rooney Mara as Alex DeLarge from ‘A Clockwork Orange’, Ryan Gosling as The Invisible Man, Jean Dujardin as Charles Broson from ‘Bronson’ and Glenn Close as The Vampire. It’s a delight to watch these stars don the cloak of evil, and is sure to send a wave of nostalgia among fans of those movies. 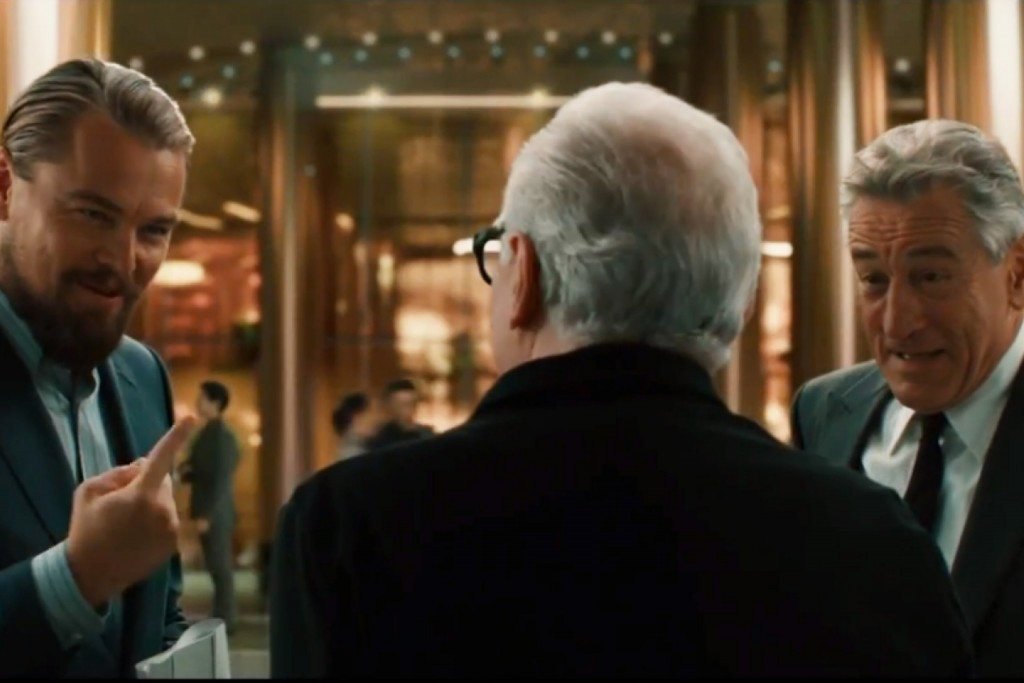 In 2015, movie buffs finally got what they yearned for a decade or more. De Niro and DiCaprio sharing the same screen in a Scorsese film. Now, though ‘The Audition’ may be a short date with a length of 16 minutes and barely possesses anything Scorsese is famous for, it’s still entertaining to watch the two stars ply their trade in a battle of banter. The short film follows them as they vie for the same role in a Scorsese film and we travel from Manila to Macau to Japan, getting an expansive view of the nightlife in those places while the actors find themselves in awkward situations. The delivery might not be convincing, but to watch your favorite stars in a meta comedy surely deserves a try! Comedies are fun, but I have never really been a fan. The foundation of most gags are based on fictional and exaggerated instances. A dark comedy on the other hand is realistic and is brave enough to take the piss out of any flaw present in the human nature and society. ‘Gregory Go Boom’ features the anti-ageing Michael Cera in another awkward sex comedy. His character is reminiscent of Napoleon Dynamite from the teen comedy of the same name, with the addition of a wheelchair to worsen his social image. He tries to hook up with women and an unforgettable sexual encounter changes him forever. The film shows how people are considered socially undesirable and the handicapped protagonist is not a sole victim, he himself indulges in writing off sections of the society like homosexuals and dark-skinned people. It also conveys the undeserved criticism that some women get, even though they toil hard to provide something beneficial to their loved ones. It doesn’t glorify anyone but merely presents an actual image of people’s mindsets. 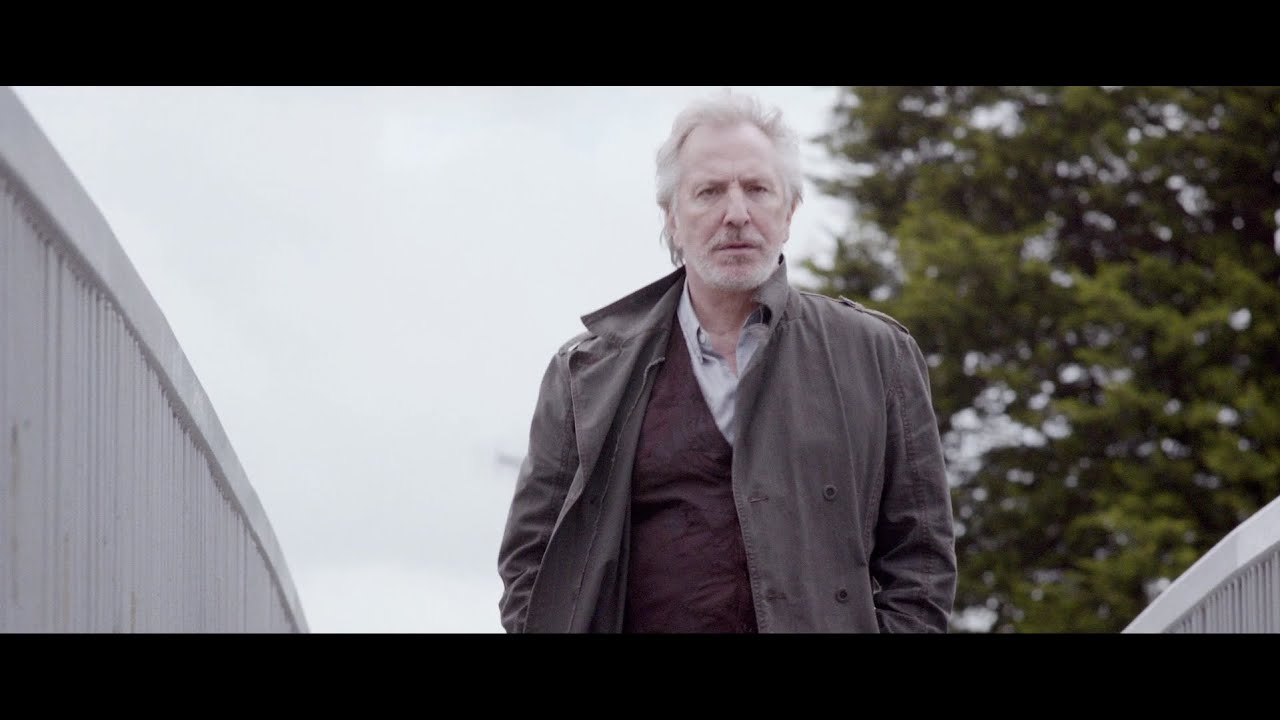 Even after a couple of millenia, a part of fiction still concentrates on reimaginations of previously told stories. They are not inferior to original works in any way, and many of them are indeed quite imaginative. This short film starring Alan Rickman manages to completely catch you off guard with its idea. Ben Ockrent and Jake Russell take a very sweet and popular bedtime story and convolute it into a nightmare. Rickman’s character was controversial, and the calmness he brings on-screen is pretty unnerving. But this is nothing compared to the climax, when the stalker turns into the unthinkable. This is shocking because of two reasons, all the while we see him following the child and her mother. He also breaks into the house while the mother is in her bath and most of us could have only thought of the worst, so it does take a cheap shot at our inferior imagination. *SPOILERS* The other is the stalker grinding a tooth and then snorting it to turn into the creepiest tooth-fairy you could ever imagine. 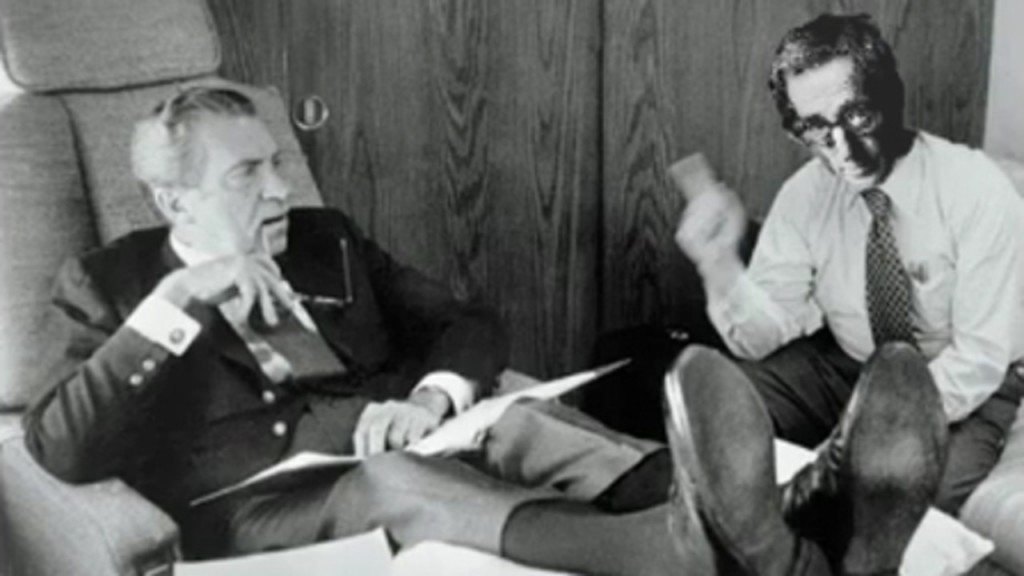 ‘The Harvey Wallinger Story’ is almost close to being a masterpiece and just misses the mark, only because of the standards Woody Allen set with his works in the 70s and 80s. The short film is presented as a mockumentary and is a brutal satire on the Richard Nixon administration. Allen plays Harvey Wallinger, a quirky disguised version of the then Secretary of State Henry Kissinger. He uses his renowned deadpan and awkward demeanor to great effect to present a ridiculous image of a bureaucrat. Like every Allen work, the writing steals the show and it was so outspoken, the channel airing this short had to cancel it amidst the fear of political backlash.

‘Writer’s Block’ is a short film starring Bryan Cranston as a writer who can no longer progress in his work, with his creativity at a total standstill. Even though the script is predictable and does lose its way after some time. Cranston on the other hand is brilliant as usual, with traces of his Walter White present here. We see the character written by Cranston come to life and make him follow her on a coquettish cat and mouse chase. We see brief moments where Cranston questions his sanity and decisions, and this is very loosely constructed and doesn’t add a lot to the premise. Cranston barely has any dialogues but gives a power-packed performance with his meticulous body language.

Imagine an erotica directed by Wes Anderson, engulfed by the bosoms of Paris. ‘Hotel Chevalier’ is a stunning visual haiku captured perfectly on film by longtime collaborating cinematographer, Robert Yeoman. Being a short film completely financed by himself, Anderson fills his aesthetic style to the brim in every scene with his preferred aspect ratio, slow-motion ending, wide pans and a yellow dominating color palette. The performances by Jason Schwartzman and Natalie Portman may appear odd and like the rhythm in a haiku, they do not sync. The flow of imagery and music is highly contrasting to their relationship, and like most Anderson pieces the characters though sharing the same frame are truly miles apart from each other. This is reflected through the dialogues and their uncomfortable body language. Hotel Chevalier was first presented as short film played before the feature, ‘The Darjeeling Limited’. 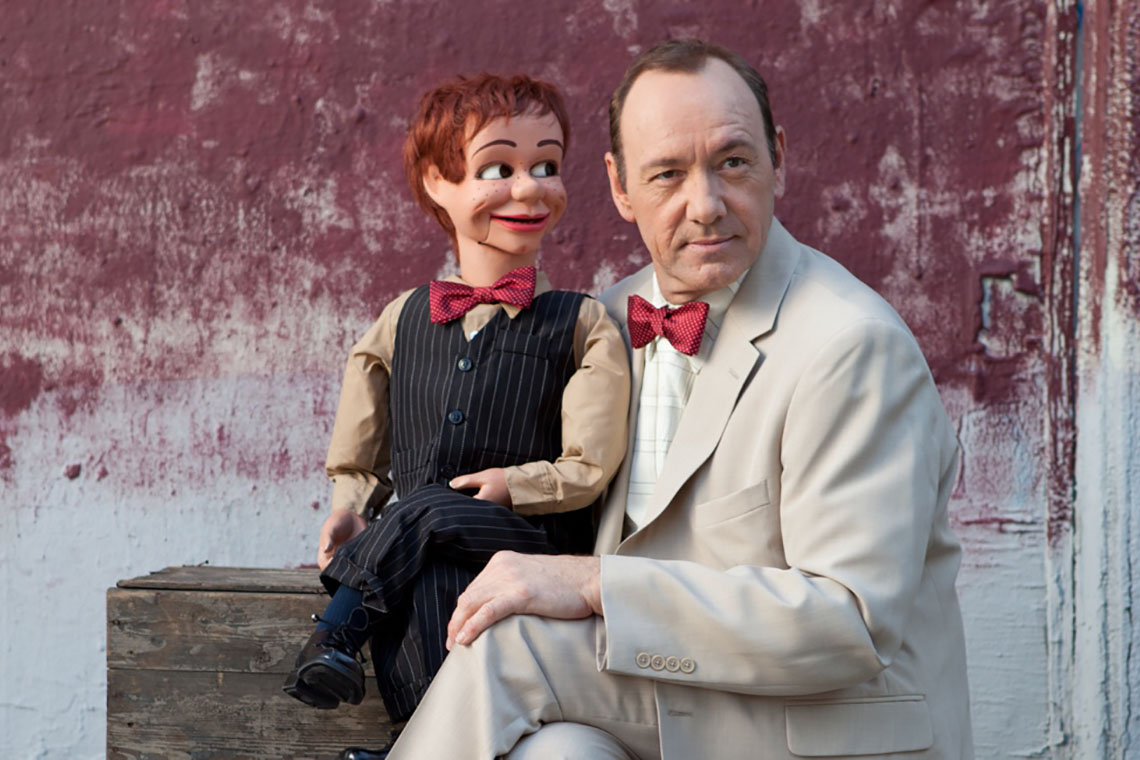 “Sometimes it’s not the people who change, it’s the mask that falls off”
A mask isn’t just a piece of plastic or paper, it’s a medium to convey the thoughts in us that never rest. ‘The Ventriloquist’ explores a similar concept, but it highlights the importance of embracing a person’s own identity, no matter how feeble it may be. The short uses a puppet as a mask and Kevin Spacey plays the ventriloquist. Interestingly, we observe that it’s the puppet who controls the puppeteer’s life. The middle aged man has had the mask on for so long, it’s become more than just a part of him, it has in fact demanded a part of his personality. We see the puppet not being lipped and makes its own decisions, with Spacey being at the receiving end of the resulting problems. 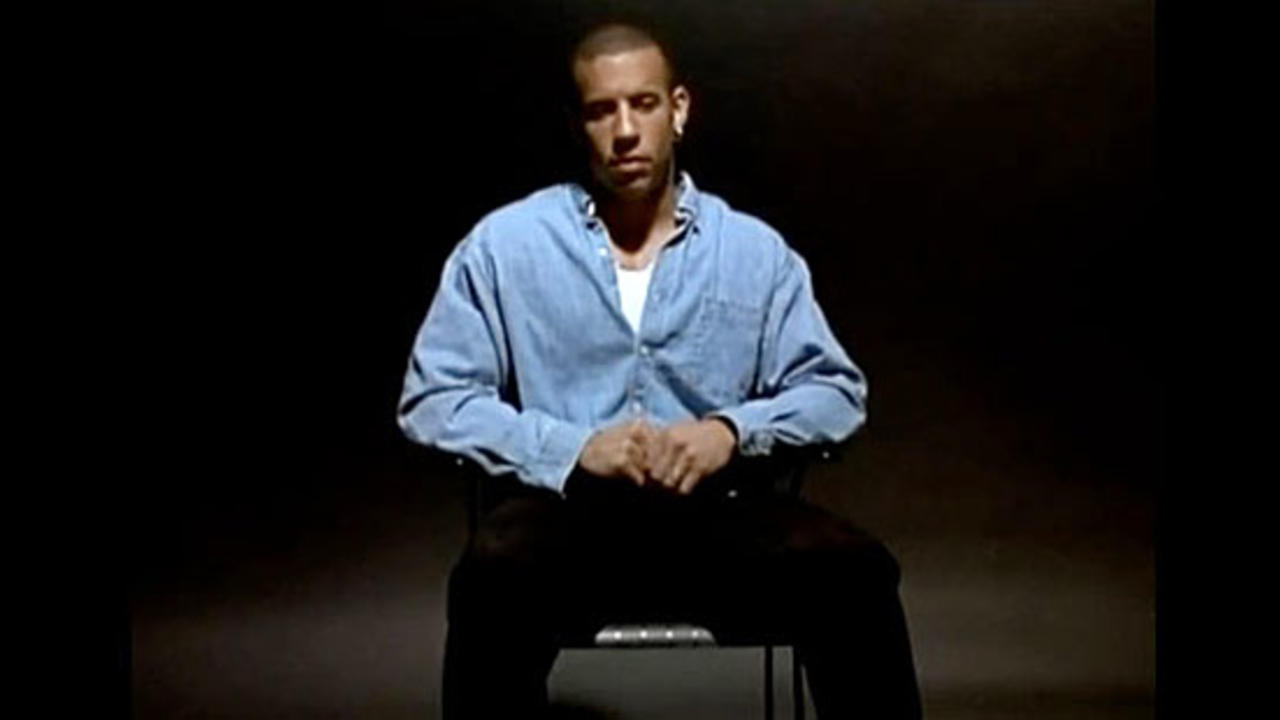 This is the strongest piece of film-making on this list. Vin Diesel is probably a great entertainer, but I have always had doubts over his acting and it was a 20 minute long short film from 1995 that proved me wrong. Before he was a star, Mark Sinclair a.k.a Diesel directed, wrote, scored, acted and produced this short for $3k. This short caught Steven Spielberg’s eye and Diesel was eventually cast in ‘Saving Private Ryan’. The film is semi-autobiographical and focuses on the hardships a multi-racial man has to face to make it in Hollywood. We travel with him to various auditions where he is rejected for being either light or dark, a situation which is reflected in the closing quote where a woman asks for a coffee that’s “not too light, not too dark” and it acts like a metaphor for acceptance, after his faith stutters. The writing is phenomenal, with an opening monologue that feels right out of a Tarantino movie and another monologue towards the end which along with the delivery leaves you speechless.

We are all aware of Spike Jonze’s ‘Her’ and its status as one of the most beautiful movies of this century, but do you know he modeled it after his short ‘I’m Here’? The short film stars Andrew Garfield as a robot in a world where humans and A.I coexist, or try to. The story is an innovative take on Shel Silverstein’s The Giving Tree and like its source material is a heart-breaking exploration of unconditional love. Sheldon (Garfield) is an introvert-ish robot with an old unappealing design, while Francesca is a sleekly designed female robot who loves to party and break rules. Though the characterization is cliched, the execution is the real deal. Like his masterpiece ‘Her’, Jonze treats his robots gently like humans, lending them emotions constituting grief, happiness, pain and loneliness; in short he gives them a heart. They form an unlikely bond but when things go bad, they turn awful with the story taking a tragic turn involving sacrifice. Andrew Garfield gives a wonderful performance!